Istanbul is atmospheric, delicious and beautiful, so if you’ve already seen the top 5 sights that Travellizy Team described earlier, we advise you to walk through the local areas, enjoy the taste of the true Turkish baklava and look at this picturesque city from a height.

Karaköy is one of the oldest historical districts of Istanbul, as well as an important transportation hub because of its convenient location from the shores of the Golden Horn to the Bosphorus Strait on the European side. 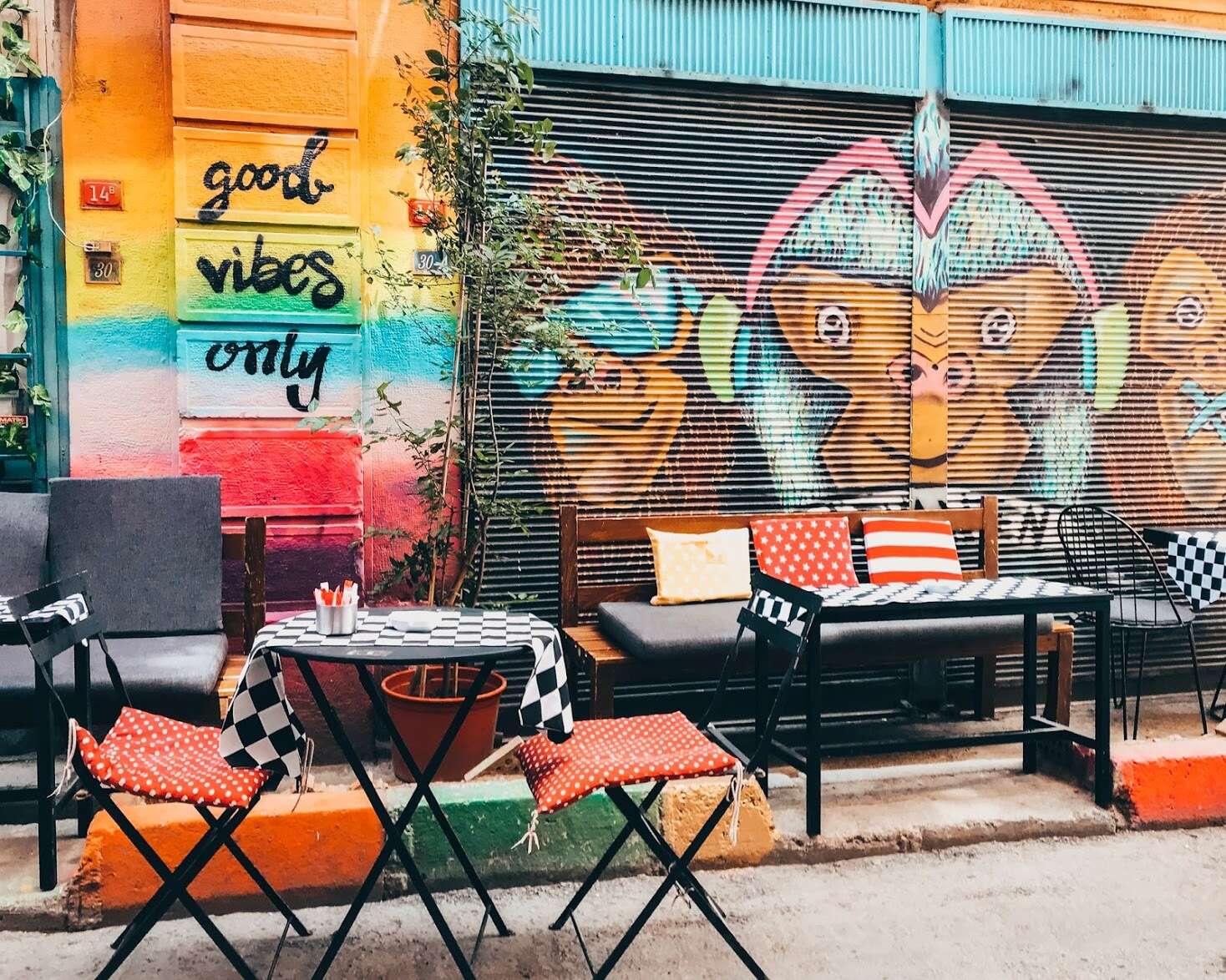 Tourists come here to climb one of the tallest and oldest towers in Istanbul - the 63-meter Galata Tower (Galata Kulesi in Turkish) and see the panoramic view at 360 degrees, especially at sunset.

READ ALSO: Top 5 places in Istanbul and everything you need to know before the first trip

The locals rush to this district to eat the most delicious baklava in Karaköy Güllüoğlu.  This is already a whole chain, and although the Güllüoğlu baklava can be found not only here, the locals believe that Karaköy Güllüoğlu is the best establishment in Istanbul and can only be compared with the very first cafe that appeared in Gaziantep in 1871. 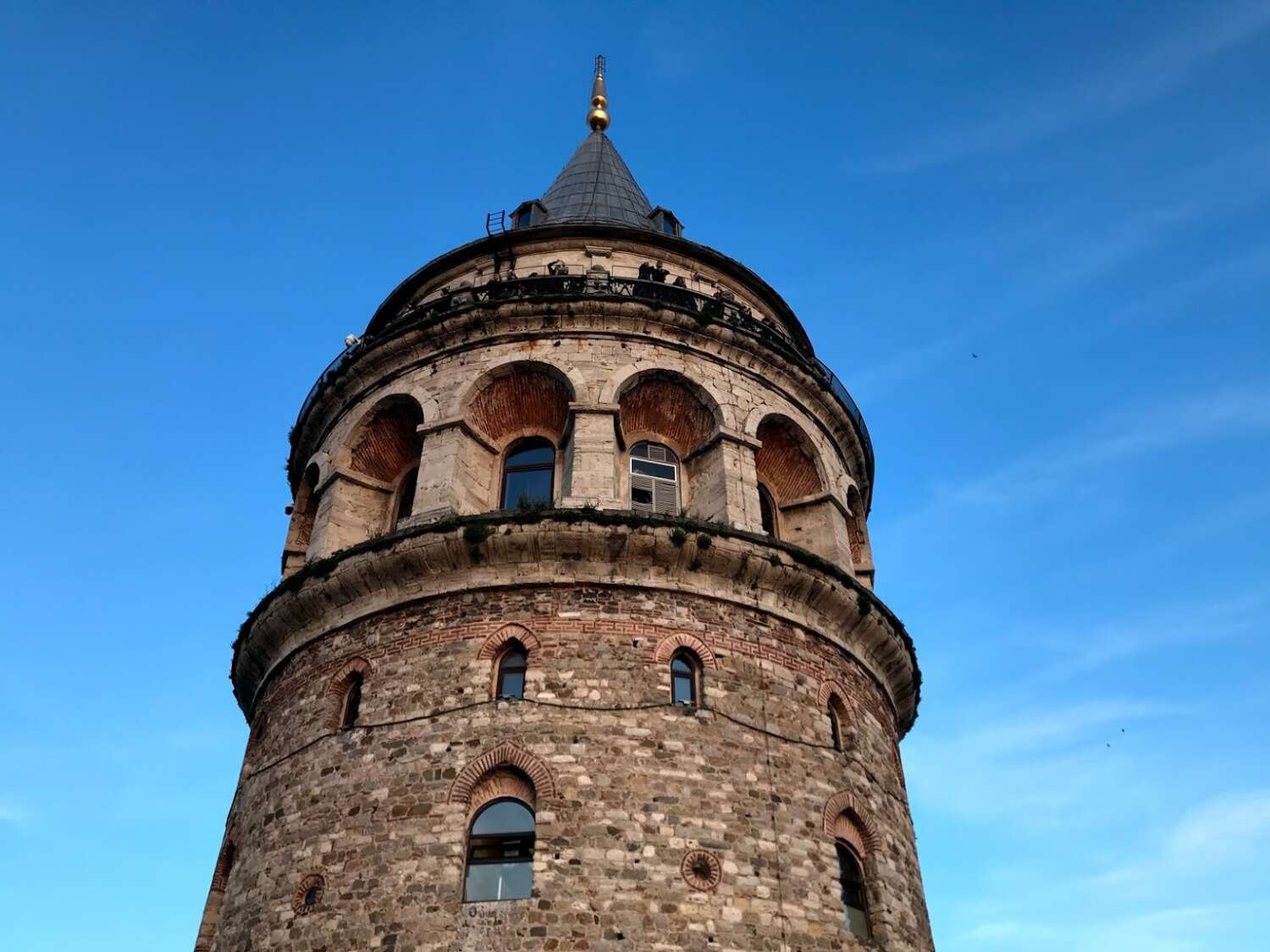 If you decide to stop by here in the evening, get ready to defend the long queue first and then enjoy the amazingly sweet dessert that melts right in your mouth.  Don’t worry if you become a little puzzled among the huge selection of baklava - ask for a mix of flavors, so you can try more different types.  Locals also love to add a scoop of ice cream to baklava. 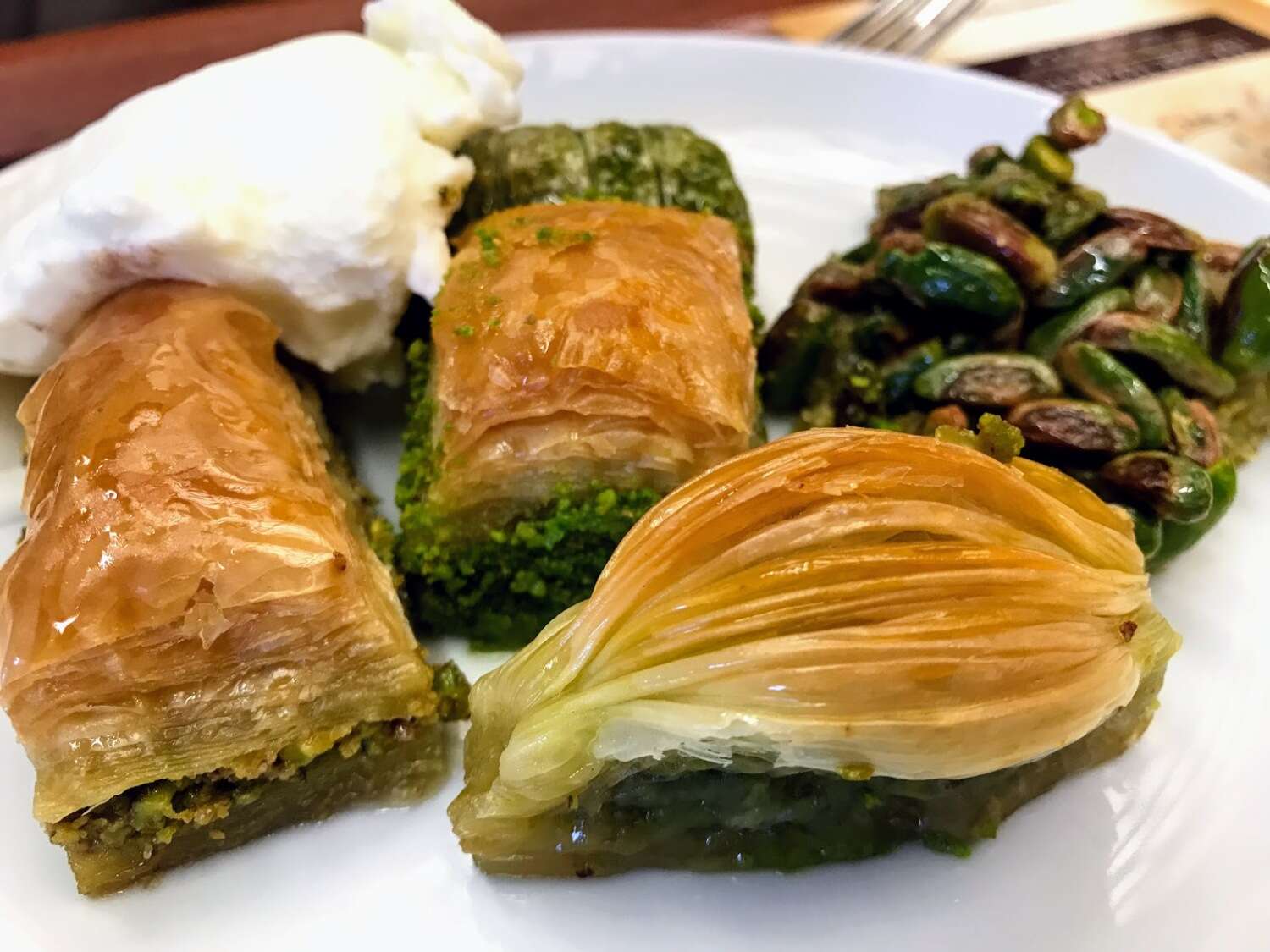 From Karaköy Station to Beyoğlu, you can take a ride on the historic cable car, which has been operating since 1875 and is the first underground in Turkey and the second in the whole world. 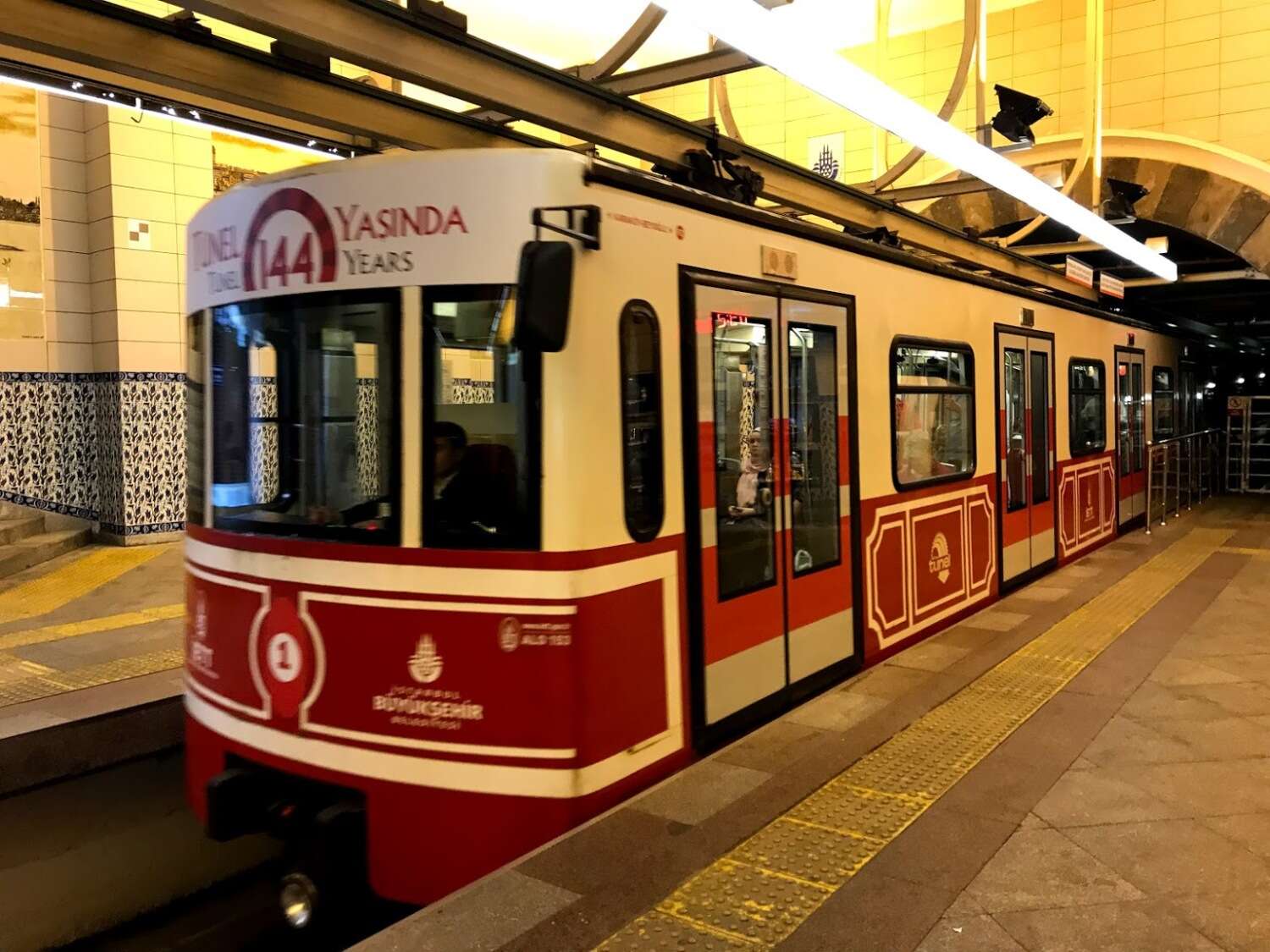 Near the Beyoğlu Station, take a look at Istanbul Modern, the first modern art museum in Turkey, which appeared only in 2004.  Ticket price is 60 TL, for students and people 65 years and older - 40 TL.  It is open every day except Monday. 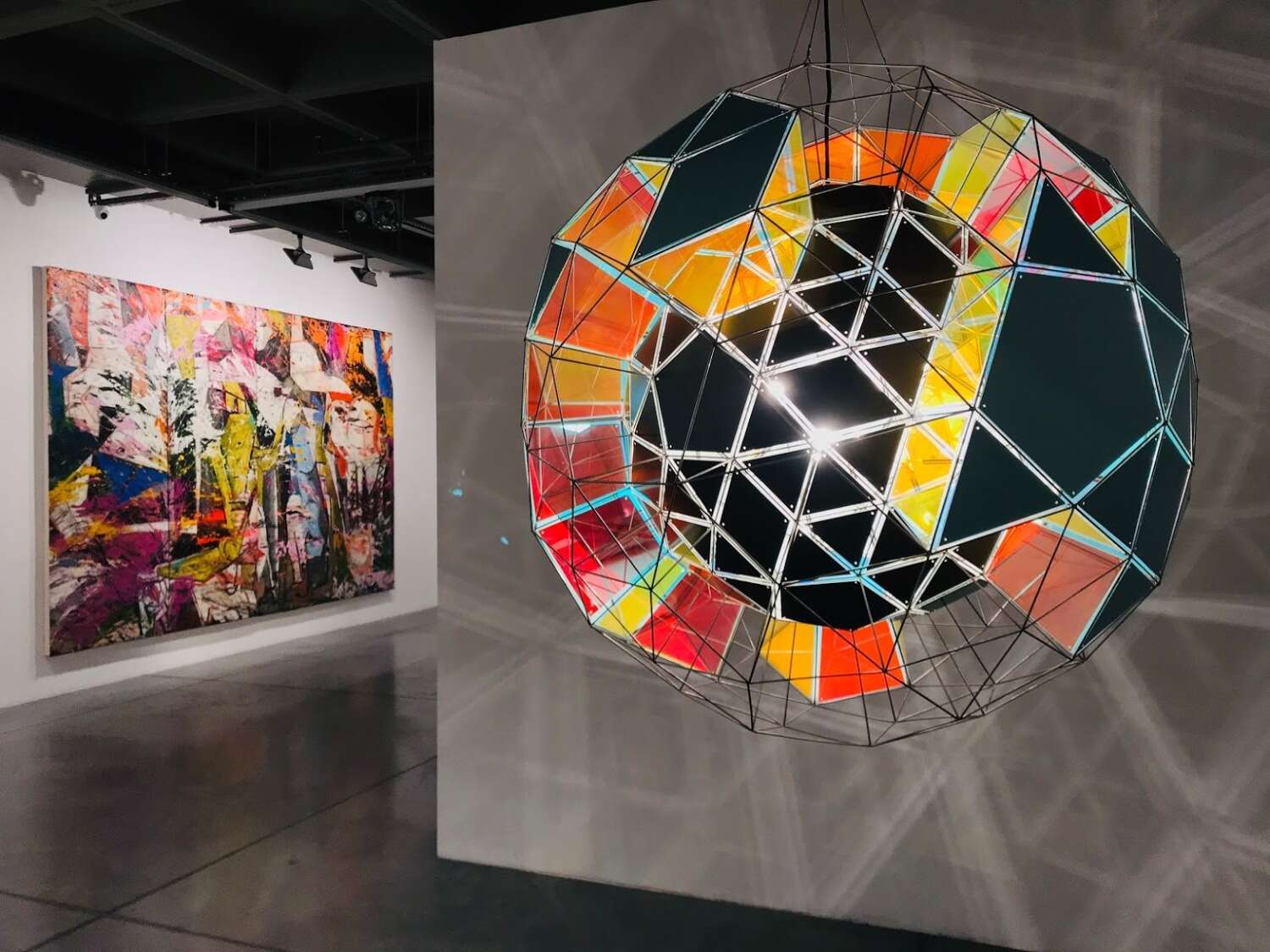 If you are a shopping fan, then, on the cable car to Beyoğlu Station, you get to the most popular, noisy and crowded Istiklal Street.  Hundreds of stores, street musicians, shows with Turkish ice cream - donurma, display cases with Turkish sweets... All these things are almost impossible to resist, so get ready to empty your wallets on this street. 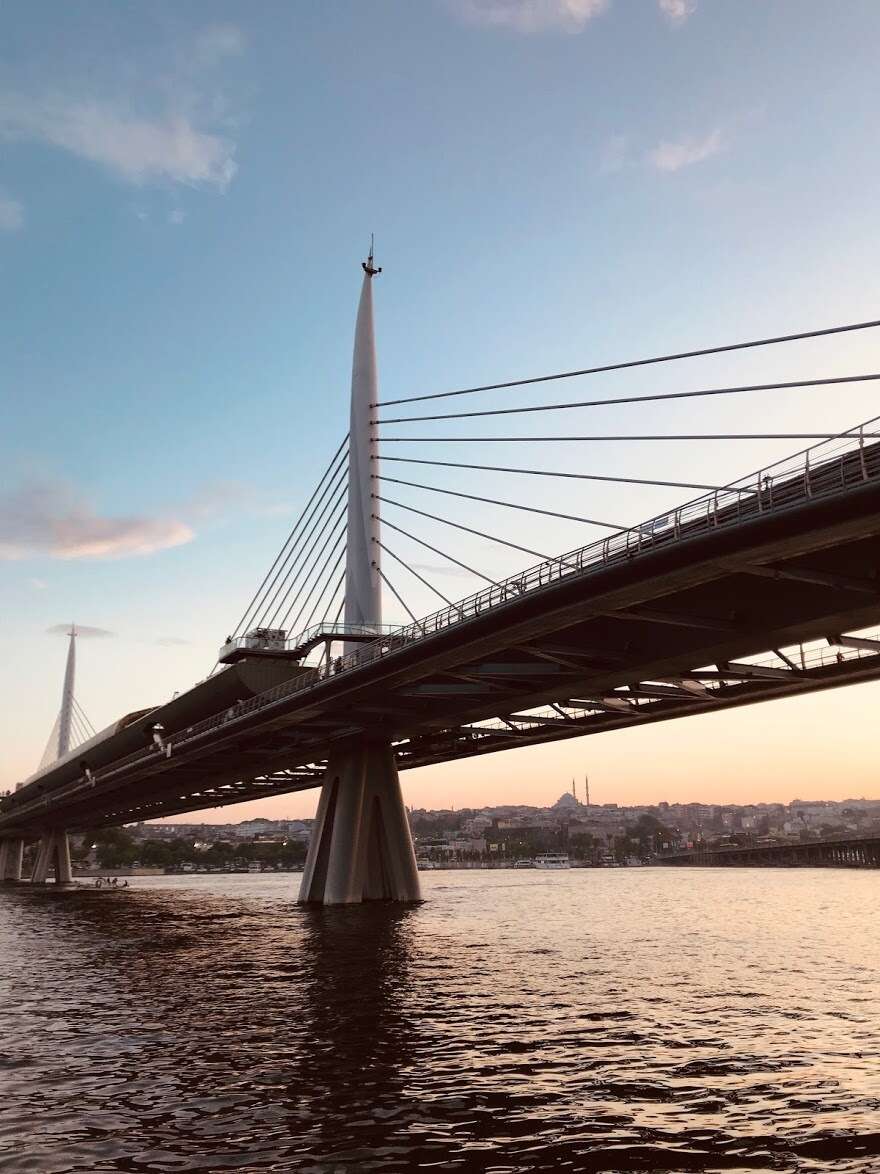 Istanbul is full of surprises and fascinates you at every turn.  For example, one of the best observation decks is the Haliç metro station, and this information is not written in guidebooks. The stop is located in the middle of the bridge over the Golden Horn Bay between the Beyoğlu and Fatih districts overlooking the main attractions - Hagia Sophia, the Blue Mosque and the Galata Tower. 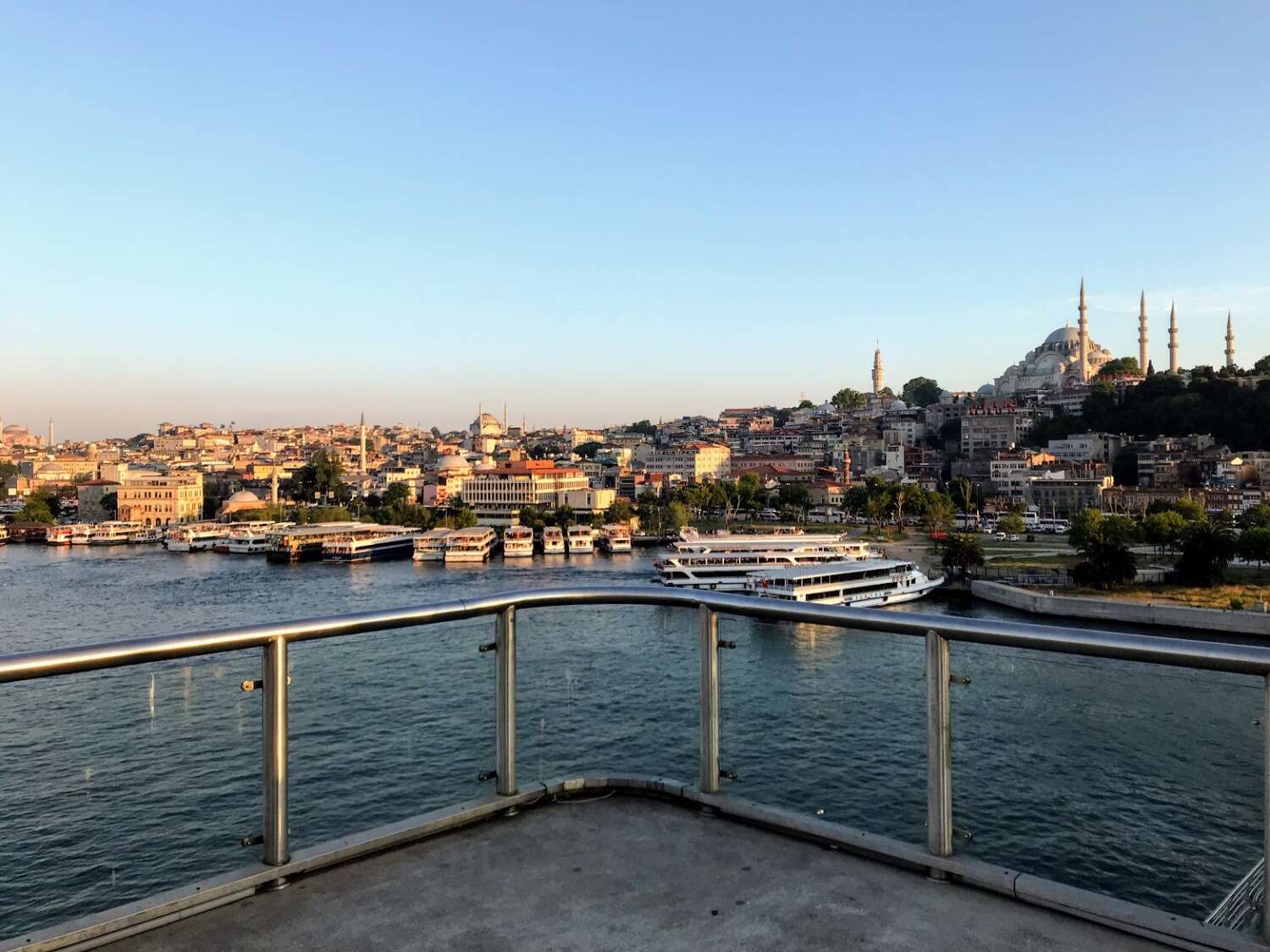 There are no crowds of people and noisy restaurants, as on the neighboring Galata Bridge, there is no need to pay for the entrance to the station (turnstiles are right in front of the platform, where the train stops), the bridge is free for walking on both sides, and the architects even thought about separate observation platforms on each side, where it is especially beautiful to watch the sunset. 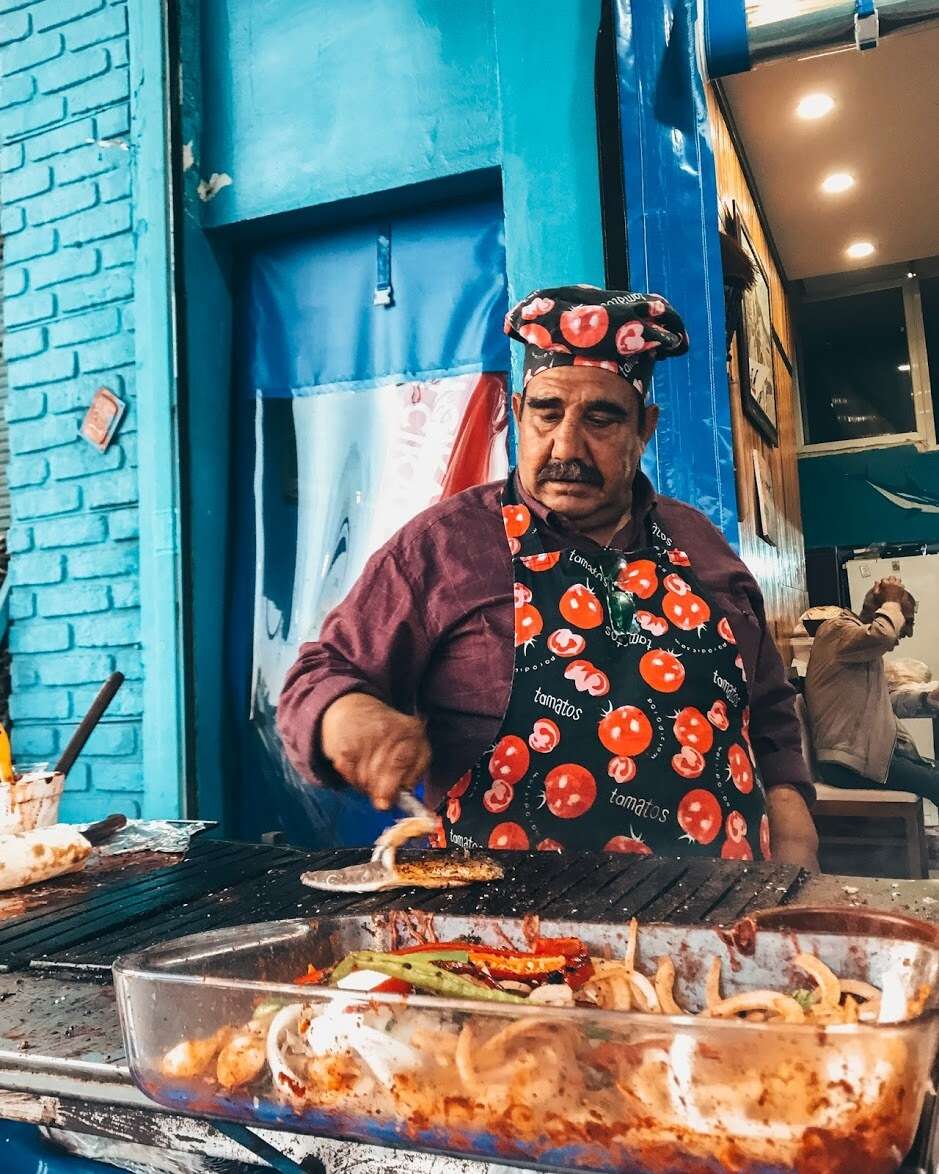 Not far from the Haliç metro station, in the same quarter of Karaköy, the famous Super Mario of Istanbul has been preparing its special balık ekmek (fish in a pita or bun) for more than 30 years. 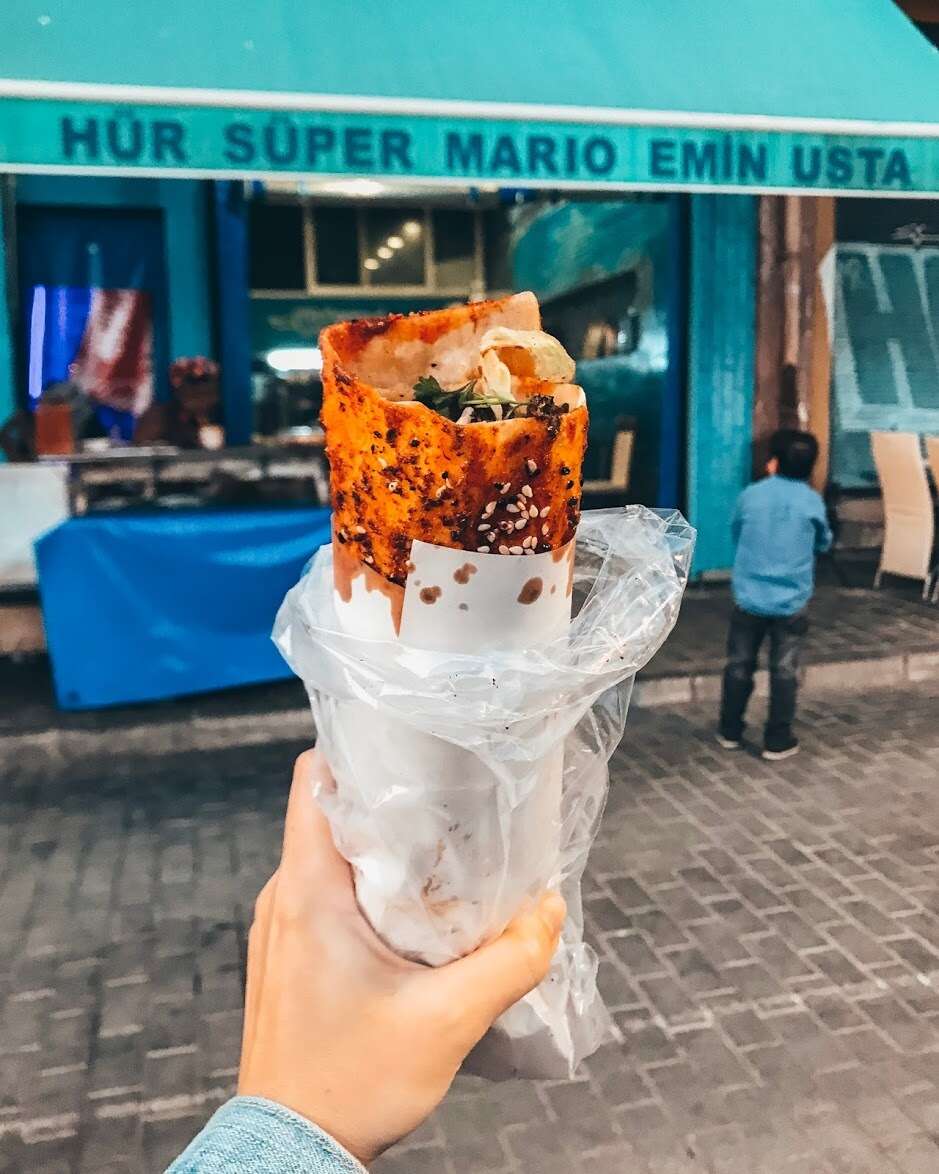 The secret of his recipe is in spices, therefore such a balık ekmek can be tried only in the establishment of Hür Süper Mario Emin Usta, and then stroll along the embankment to the Karaköy pier.

Contrast Istanbul: Fener and Balat neighborhoods in the Fatih district 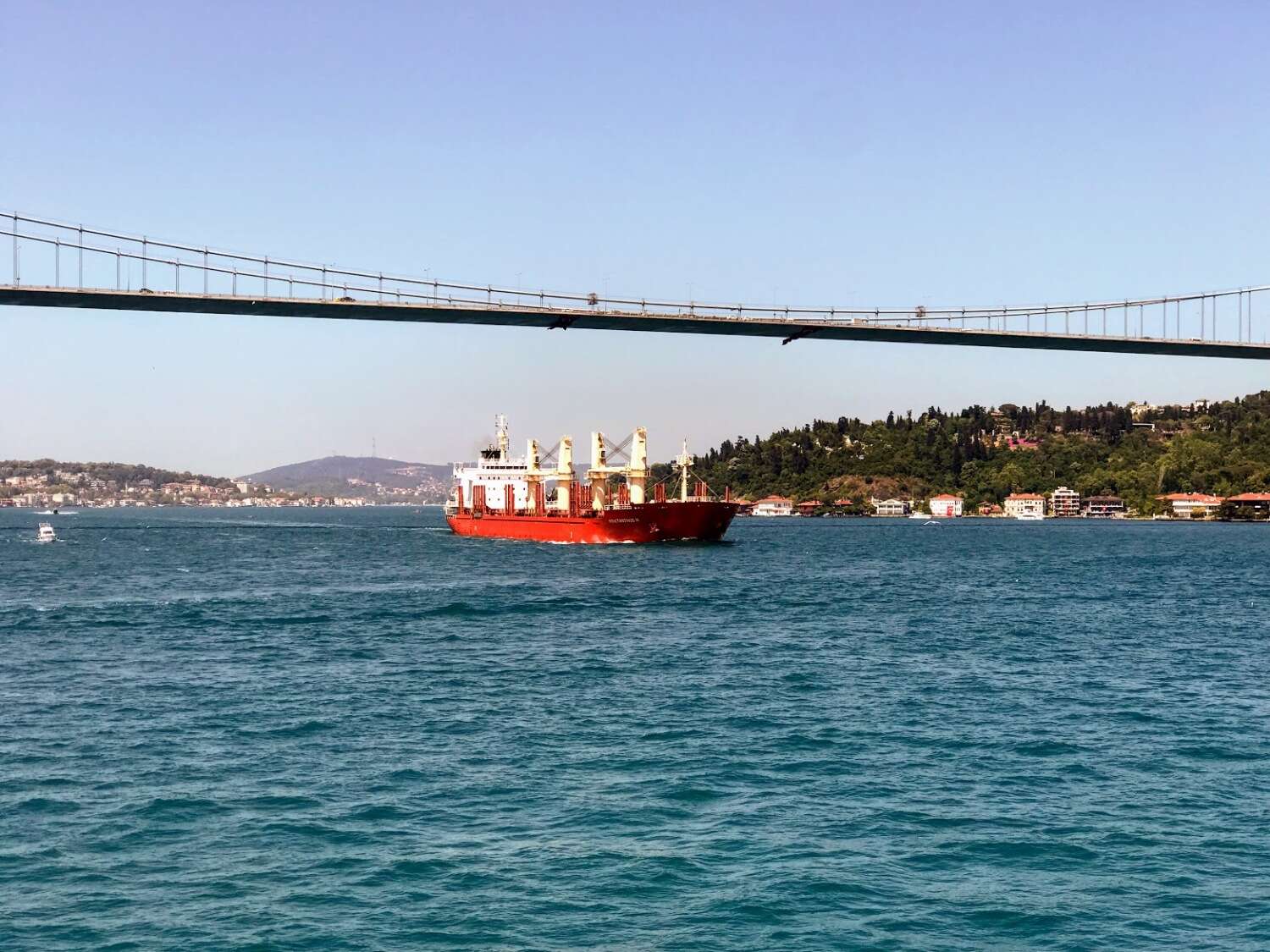 Would you like to see real Istanbul? Jump on the ferry at Karaköy wharf and go for a walk around the Greek quarter of Fener and the Jewish Balata. Here, you will find streets with bright Instagram houses (Merdivenli Yokus Sokağı and Kiremit Caddesi in Google Maps) and there are old buildings and ruins right there around the corner. 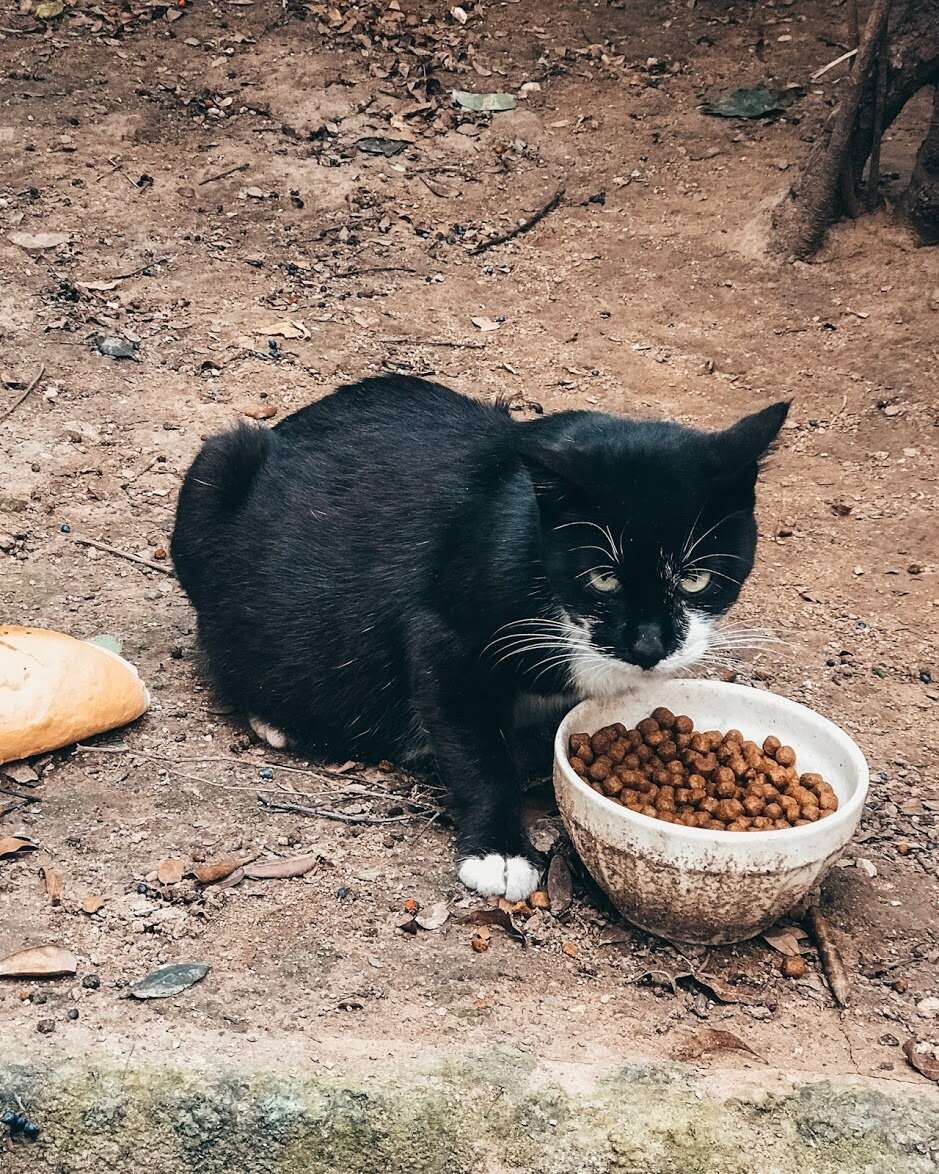 Children are playing on the streets and cats are stretching, bed linen is being dried between houses, a woman is lowering a basket from the balcony in order not to go down to the store, and the seller is already picking up products for her and telling the latest news, while young people are drinking coffee in modern European coffee houses. Someone says that this is a completely different city, but this is the real Istanbul for the locals. 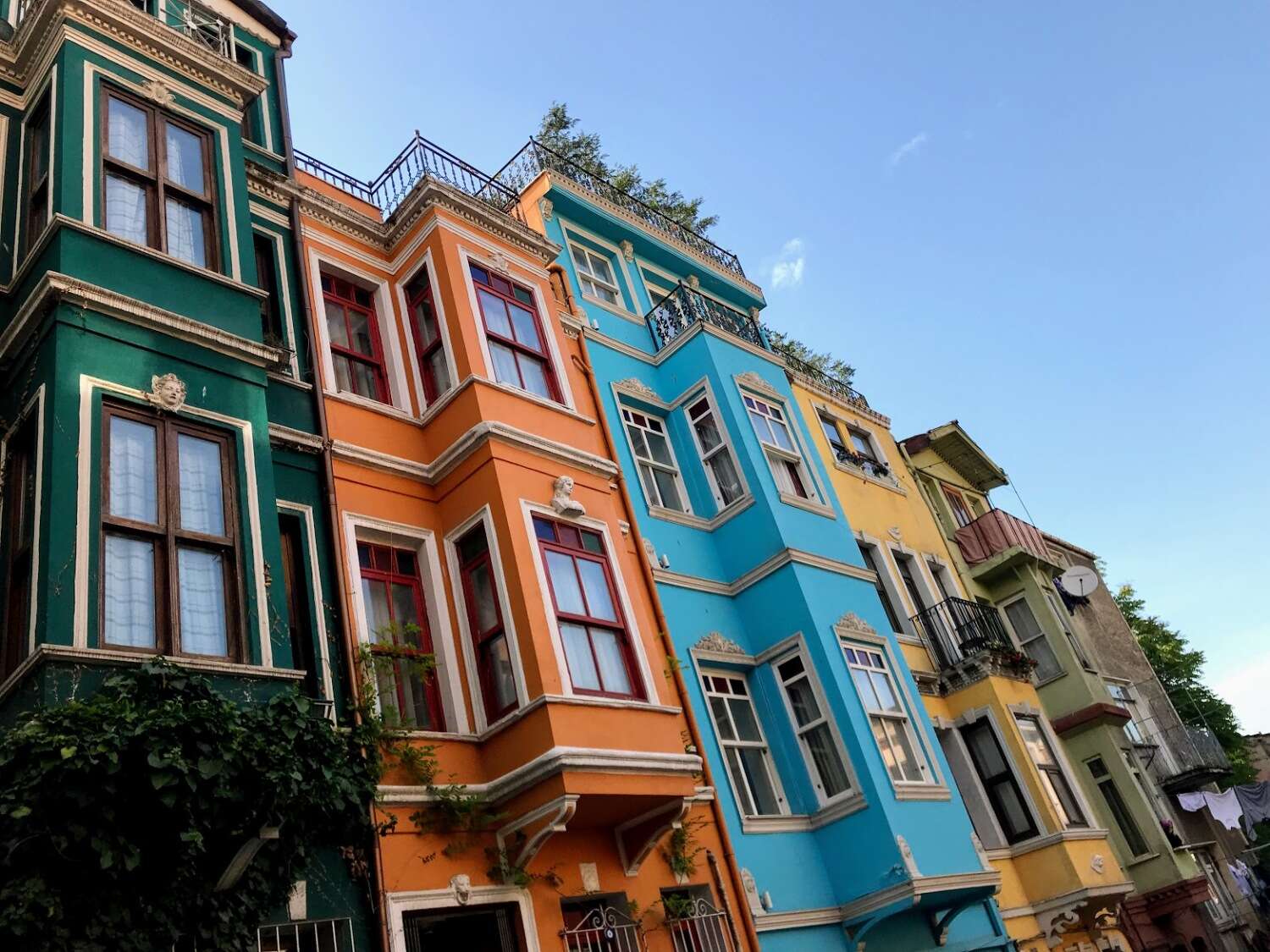 The main attractions of this district are the oldest and most prestigious Greek Orthodox Lyceum in Istanbul, made of cast iron, the Bulgarian St. Stephen’s Church, the St. George’s Church and the Yavuz Selim Mosque - the Ottoman imperial mosque of the 16th century (Sultan Selim I and four children of Suleiman the Magnificent and Sultan Abdulmecid I are buried in its gardens), and the observation deck near the mosque offers a stunning views of the Golden Horn. 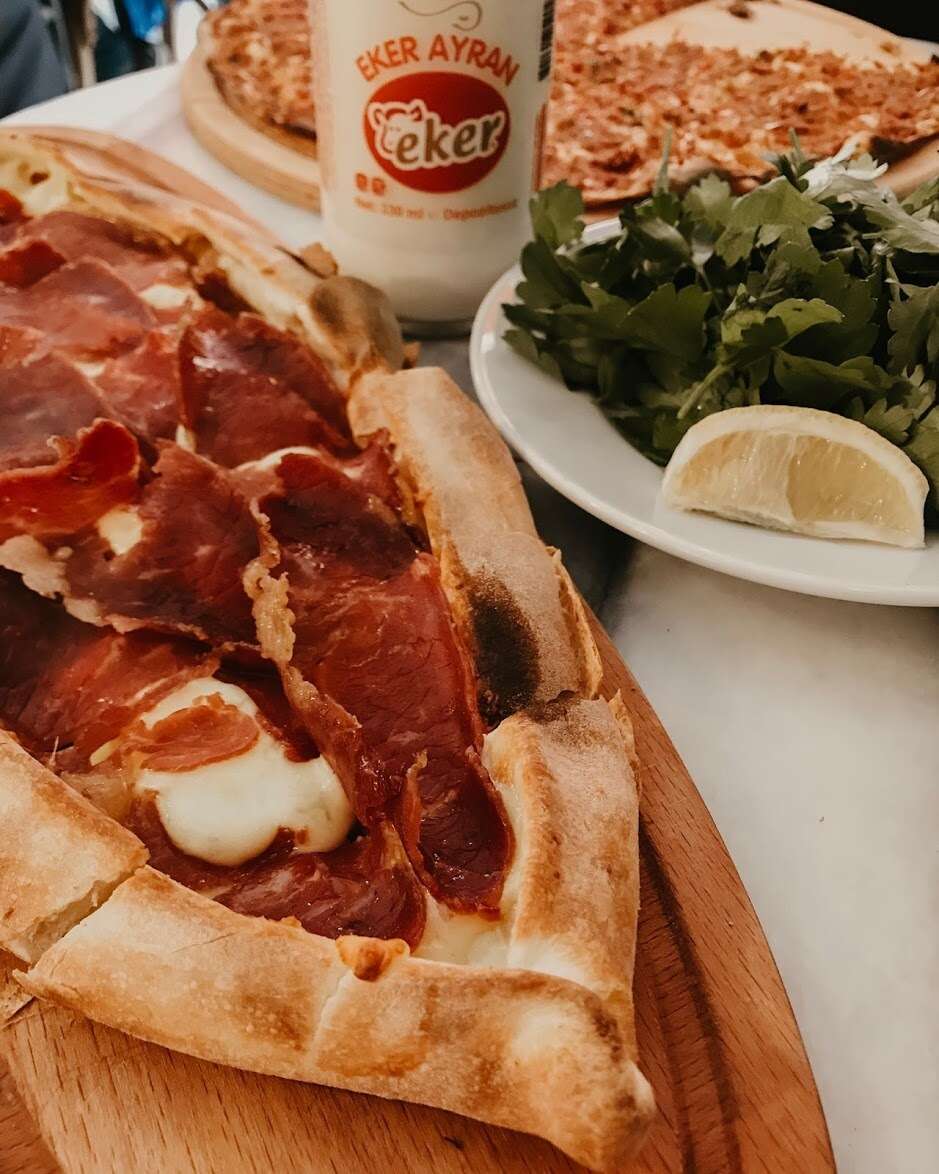 Not far from the Fener pier, there is an excellent establishment called Forno Balat, where you can have a tasty snack with a Turkish pizza (lahmajun or pide), which is a Turkish tortilla with a filling; these dishes are usually served with ayran. 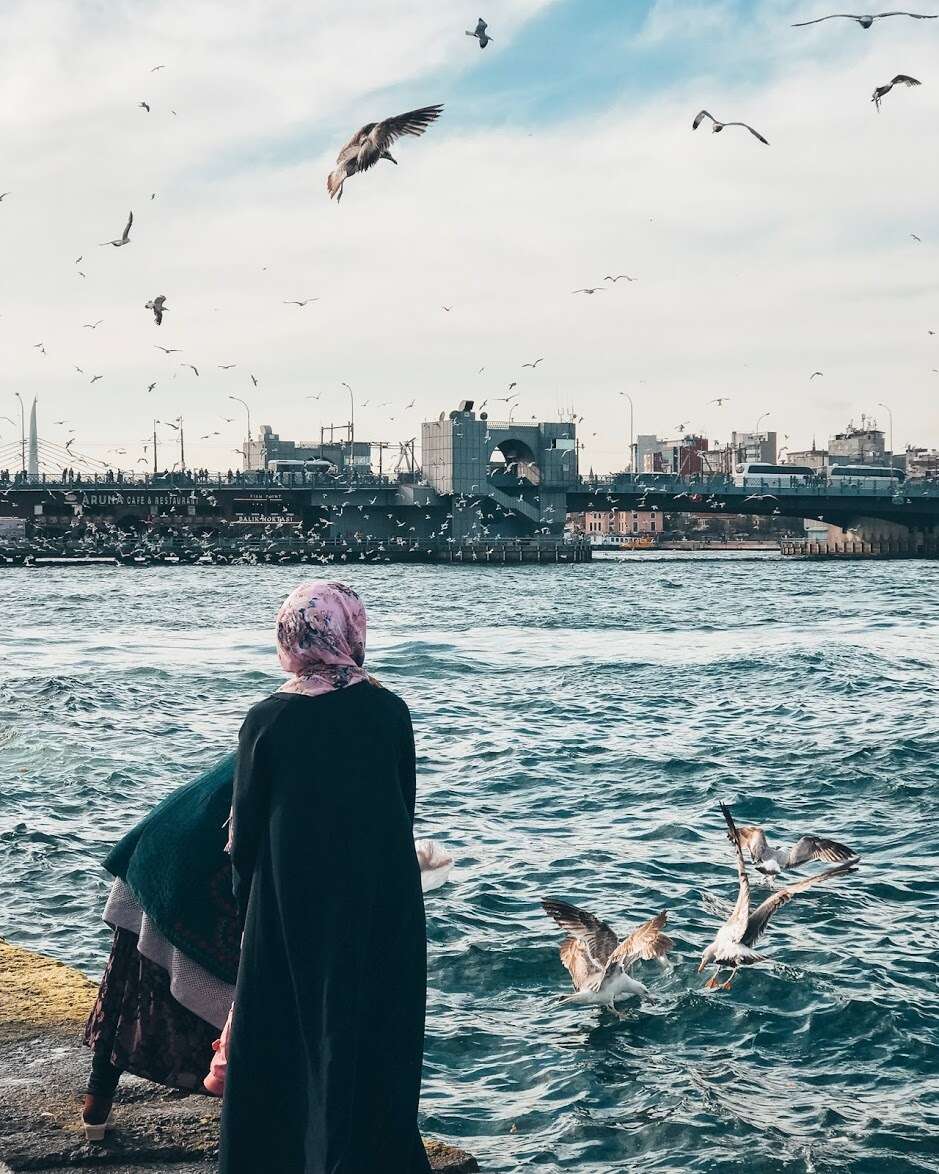 Atmospheric Istanbul is seagull squawking on the pier, purring cats at every corner, the smell of kebabs and walks along the Bosphorus. Don't miss the opportunity to see not only the main attractions, but also to take a walk in the non-tourist places of Istanbul.