Amsterdam Pride has always been not a place for the struggle for rights, but a place for a safe and fun party for the LGBT community. This happened historically, and the Dutch do not change traditions. The Netherlands was the first country in the world with a monument to LGBT victims and the first country to legalize gay marriage. In the turbulent 80s and 90s, Amsterdam was the gay capital of the world. And nowadays, this is a big city carnival, where the Dutch go with their families to. In the morning, they stick around the canal to occupy a place with a view.

Why did Travellizy decide to talk about this out of dozens of pride parades? Yes, because it is the most unusual one. For the sake of it, they do not block the streets of Amsterdam and do not arrange barriers, because the venue of the parade is the famous canals.

Amsterdam Pride takes place in early August. This is probably the hottest time of the year with minimal rainfall. Although it is unlikely that summer rain will interfere with general fun. A pride takes place over several days, and consists of many events - film screenings in the open air, parties, concerts. But the central event is the Canal Parade. 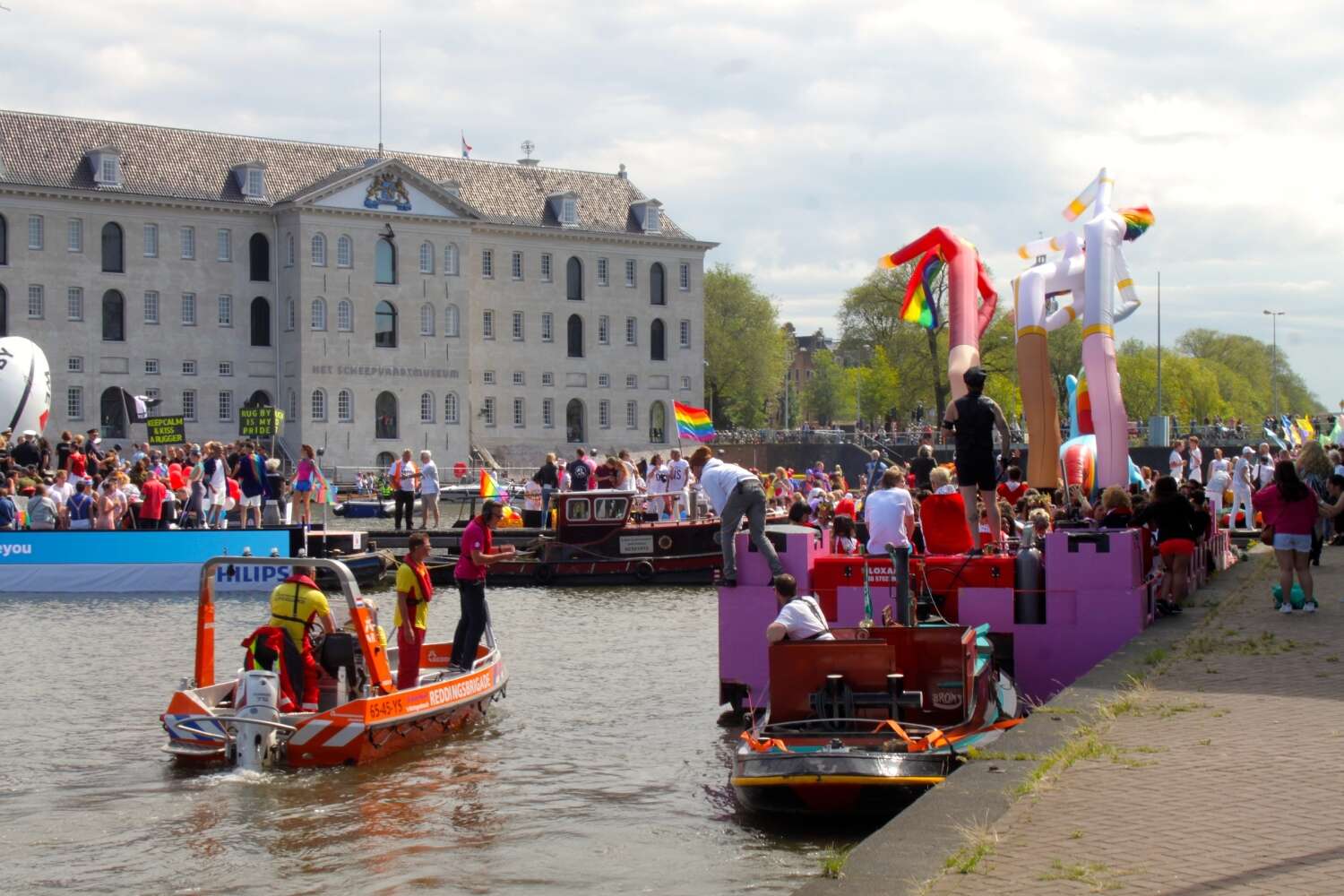 Preparation for Pride begins one year before the celebration. So, for example, it is already known today, that the next year pride will be held from July 29 to August 2, and the Canal Parade - on August 1. The organization of the whole action is high and clear, you can also apply for participation in the festive column of the parade, which consists of 80 boats. No more, no less.

How to do it

There are two ways. In early January 2020, the organizers will announce the theme of the Parade and begin accepting applications from LGBT organizations from around the world (Information appears here). To do this, you must assemble a team, come up with a concept and apply. A special commission will select the best, those who will become the stars of the Canal Parade. 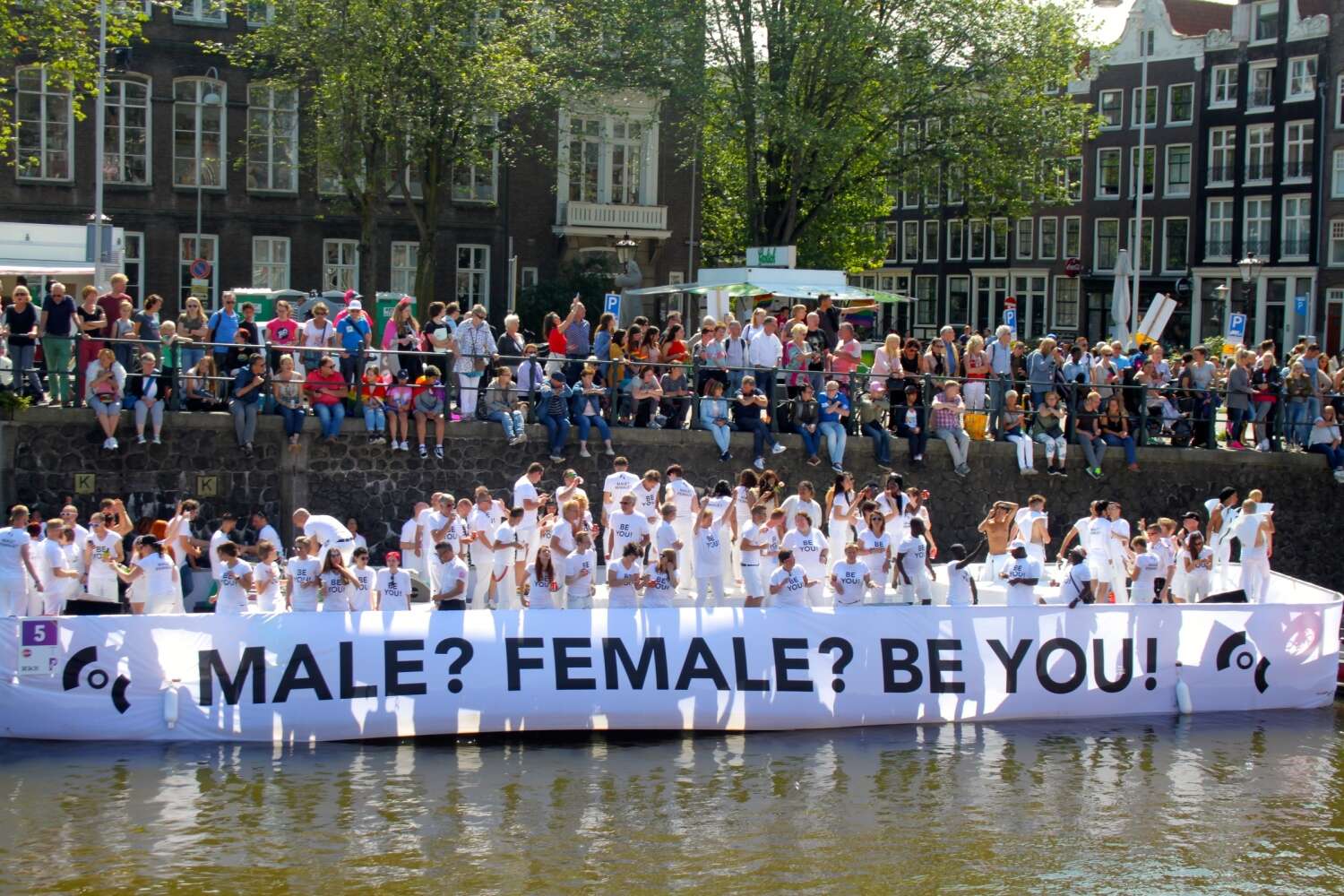 The second way to get on the boat is to find friends among those who will participate in the Parade and ask them to accept you as a guest. Under the terms of the Parade, they can invite relatives and acquaintances, while observing safety rules - the barge must not be overloaded.

By the way, you can rent a boat for one day and have a party on it.

How to do it

First, you need to reserve a place. This can be done half a year before the event. It costs from 35 to 175 euros depending on the selected sector. Step-by-step instructions and sectorization can be found here. 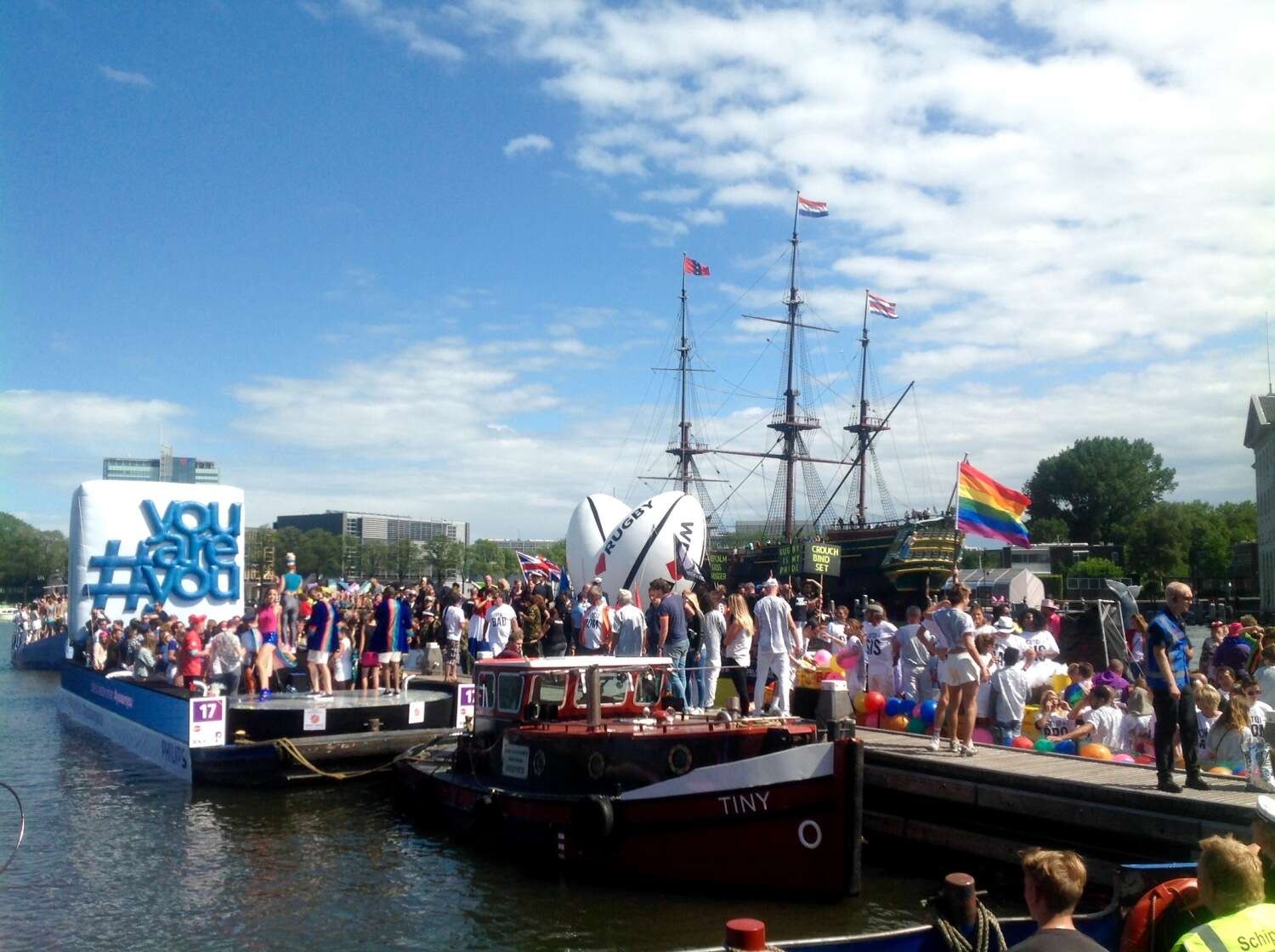 Secondly, choose a boat for yourself. It should be a six-meter boat with oars or an electric motor. No special driving licenses are required. The list of companies where you can take a boat is on the official website of the parade. It is important that you are given a special sticker, and if you don't have it, you will not be allowed into the parking lot. The rental price depends on the type of boat and starts from 180 euros per day for a rowing boat.

Important: You can’t turn on your music during the parade! 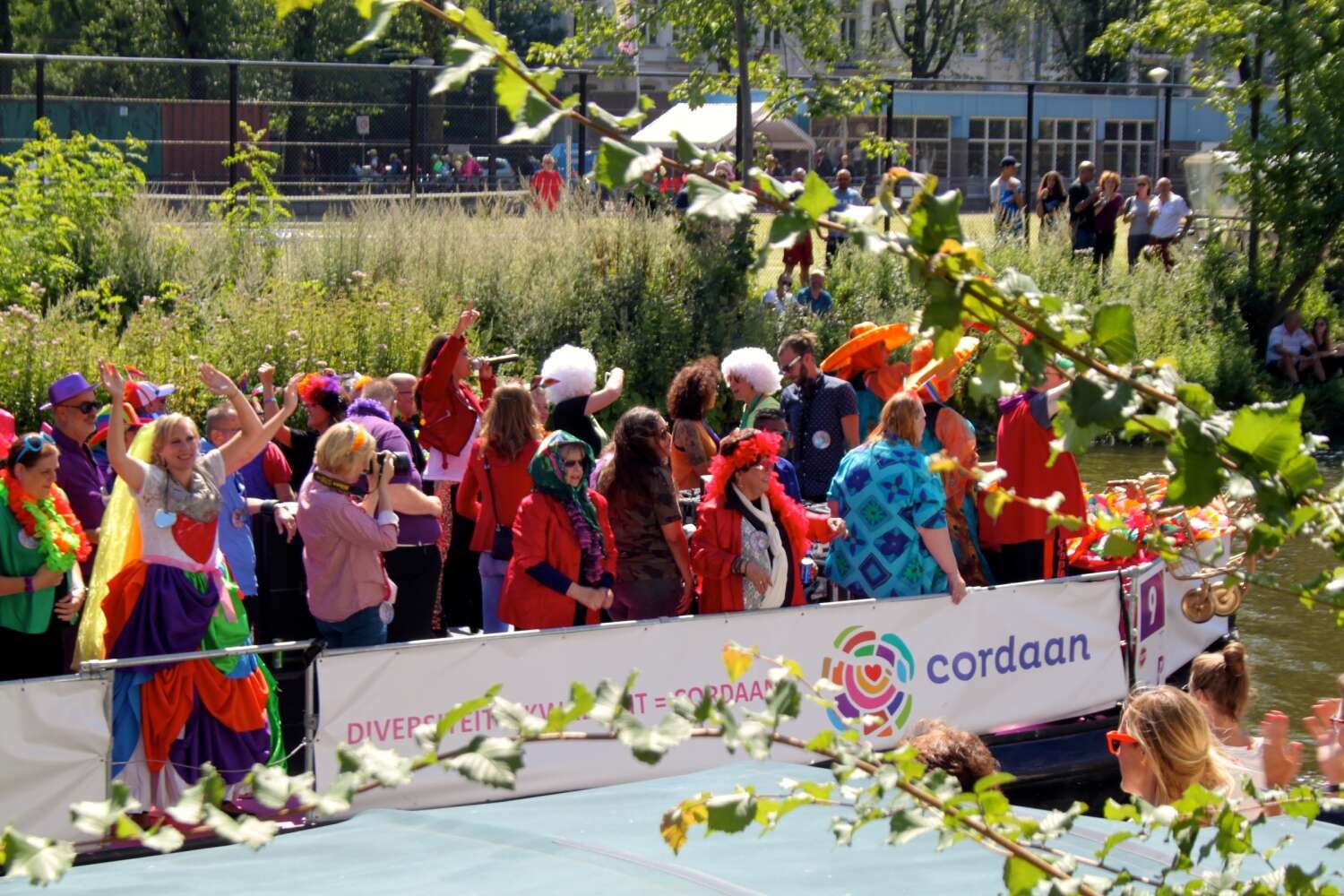 The route of the parade is already known, published on the official website and has not changed for many years. Knowing this, the locals and tourists take places on the first line as early as from 9-10 in the morning and have picnics, where all the family and friends come. 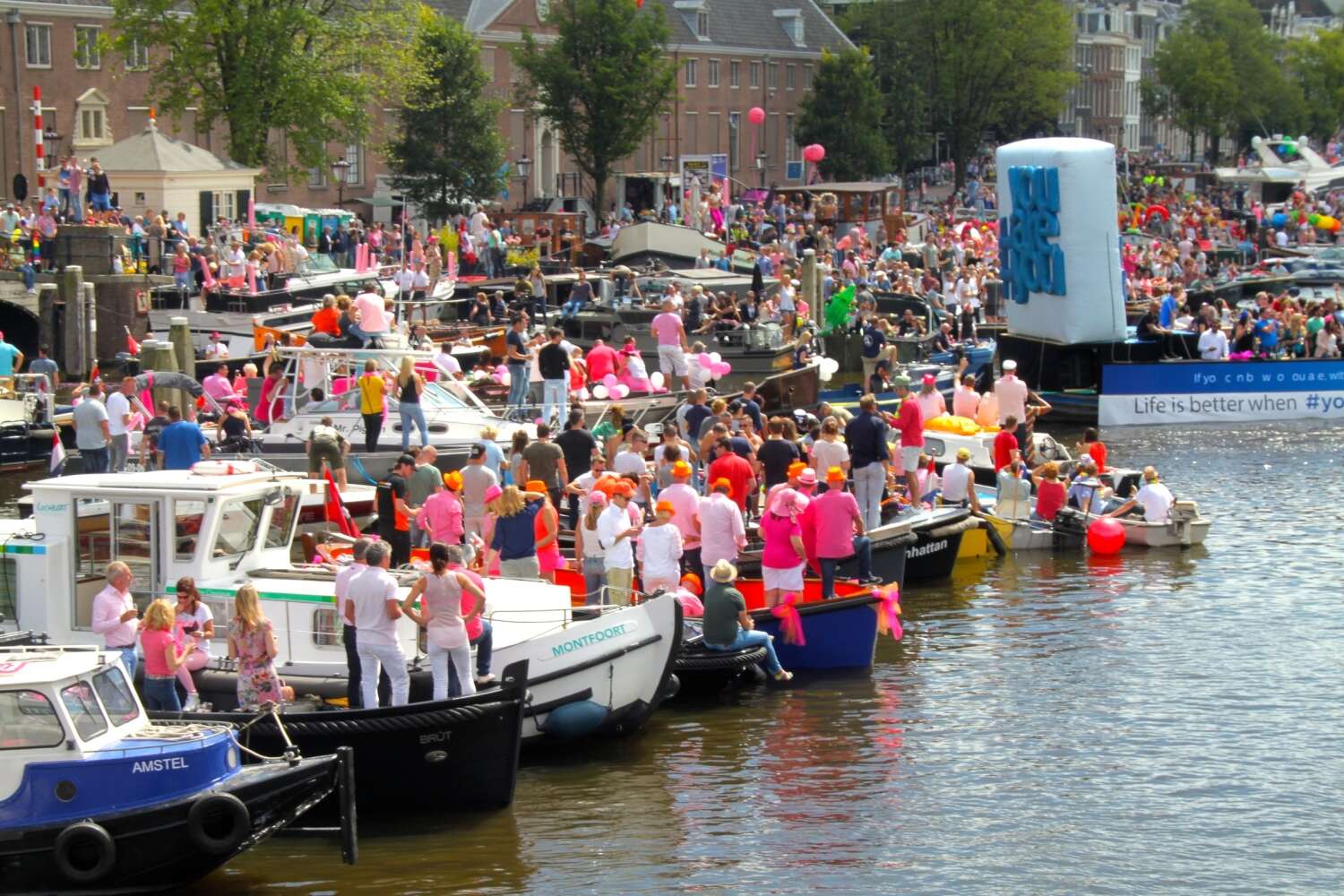 You also need to think about the hotel in advance. The parade attracts a huge number of tourists from all countries, so housing prices are higher during this period. Amsterdam offers a huge number of options for overnight. But you should remember, that these days, up to 500 thousand tourists come to the city, and some hotels are booked a year in advance. In addition, keep in mind that during the days of the Parade, the cost of hotels increases. 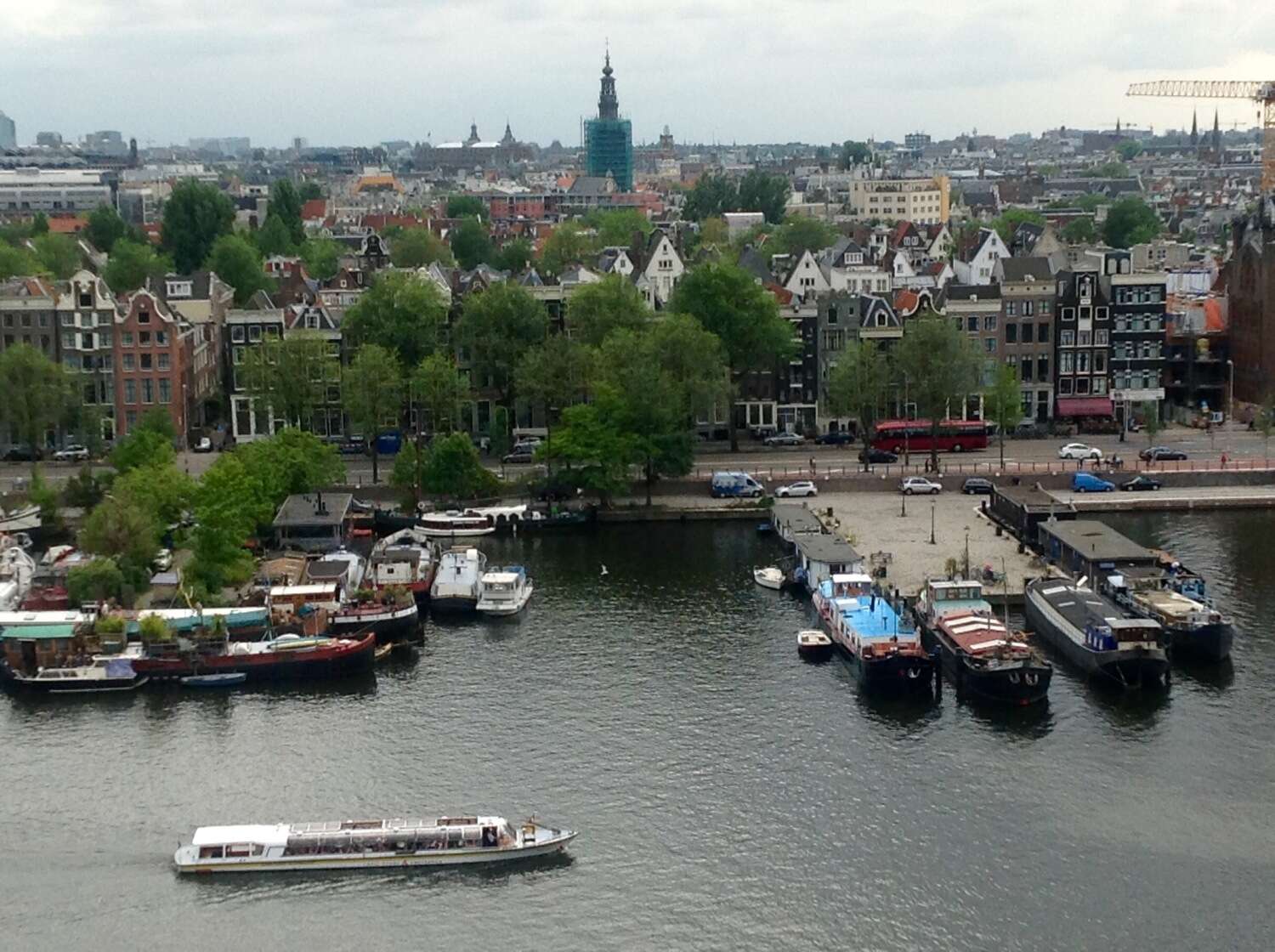 Amsterdam means a great occasion to get a new experience and live on a houseboat, which is a house on the water. These can be boats, old barges, luxury yachts. Housing on the water is attractive, and it has a lot of advantages in the warm season.

Firstly, there is plenty to choose from. In Amsterdam, more than 2500 thousand offers for houseboat rental.

Secondly, most houseboats are located in the very center of the city.

Thirdly, in addition to the place for an overnight stay, you get space on the deck for pleasant breakfasts and evening gatherings. The disadvantages include the fact, that you will be in sight of hundreds of tourists. But just believe it, they will only envy you kindly. 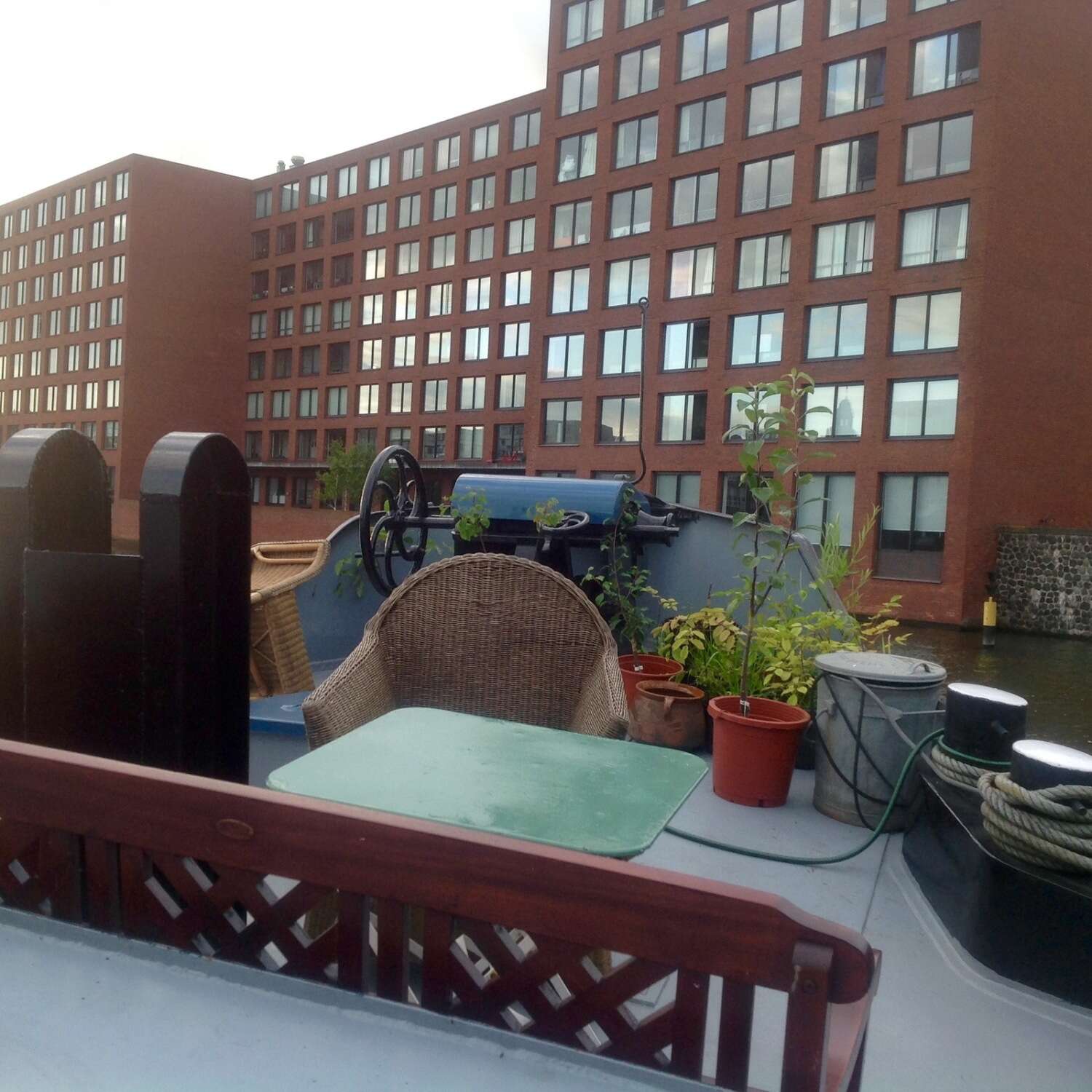 Fourthly, pleasant neighbors in the form of ducks and swans will delight with their communication. 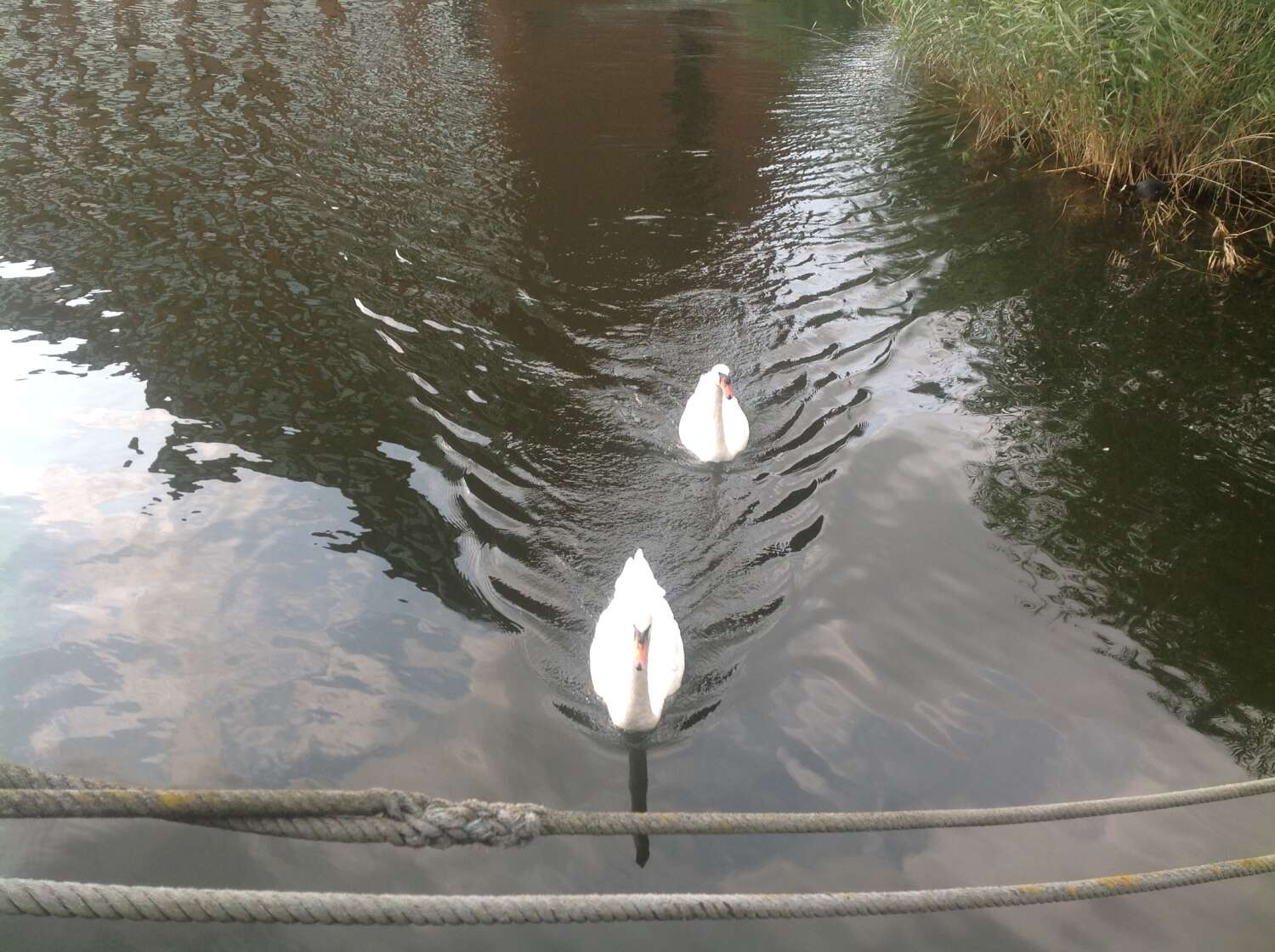 Fifthly, some of the boats are in full combat readiness and, if you wish, they are ready to go on a short voyage.

Almost all housing on the water is equipped with all amenities and Wi-Fi. If there are no amenities, then such a vessel will stand in a yacht club, where in addition to showers and toilets, there will be a washing room, barbecue places, garbage bins ... 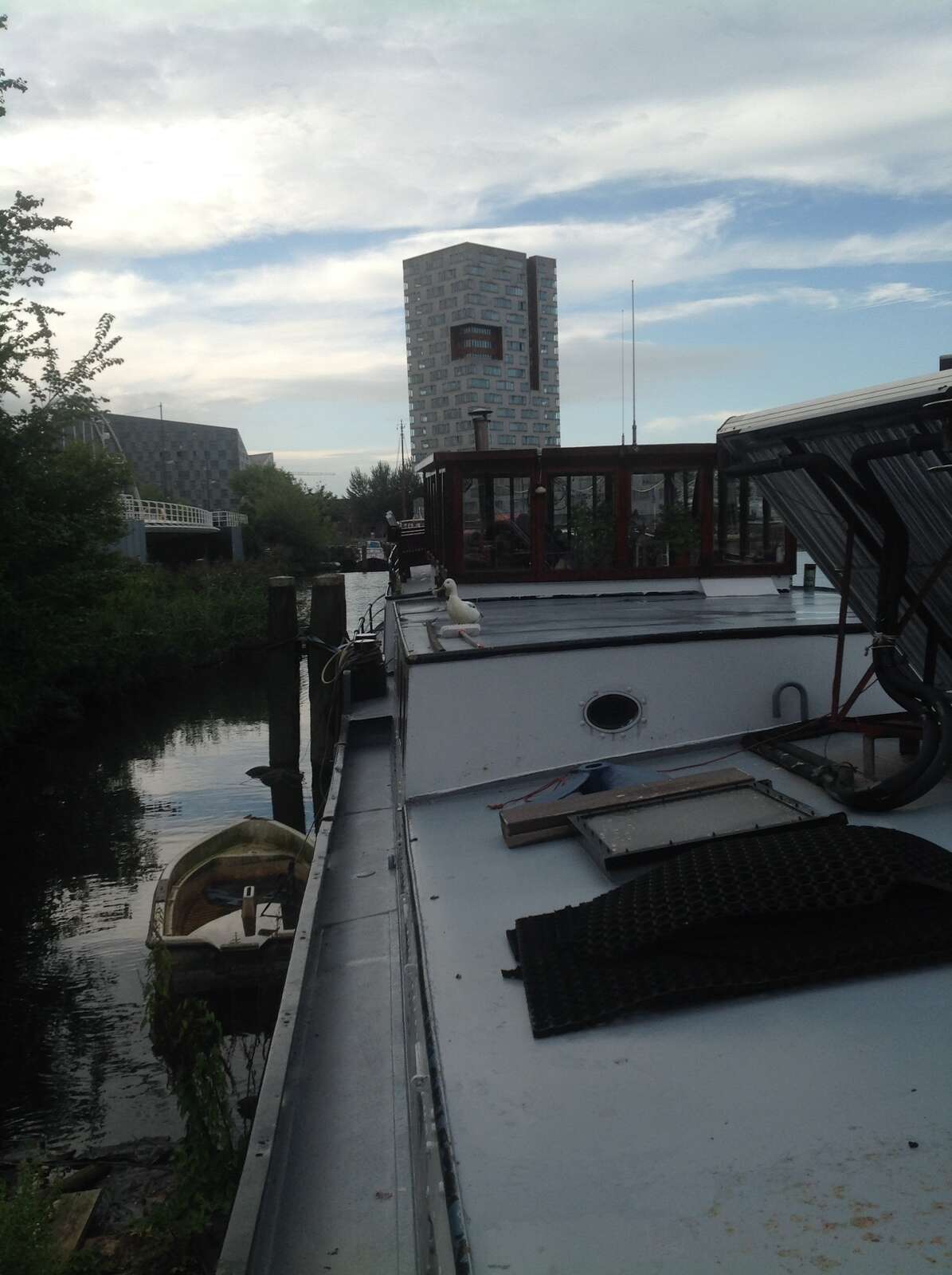 You can rent a barge on special websites .

What is going on at Pride Amsterdam?

What you will see at the pride: cheerful people who enjoy life, both participants and spectators. The parade is interesting, because different people take part in it: dancers, showmen, travesty divas, teachers, students, firefighters, doctors. This year, the mayor of Amsterdam opened the parade, politicians like Senator Boris Dietrich and Secretary of State Mona Kaiser attended it too, Conchita Wurst became a special guest star. 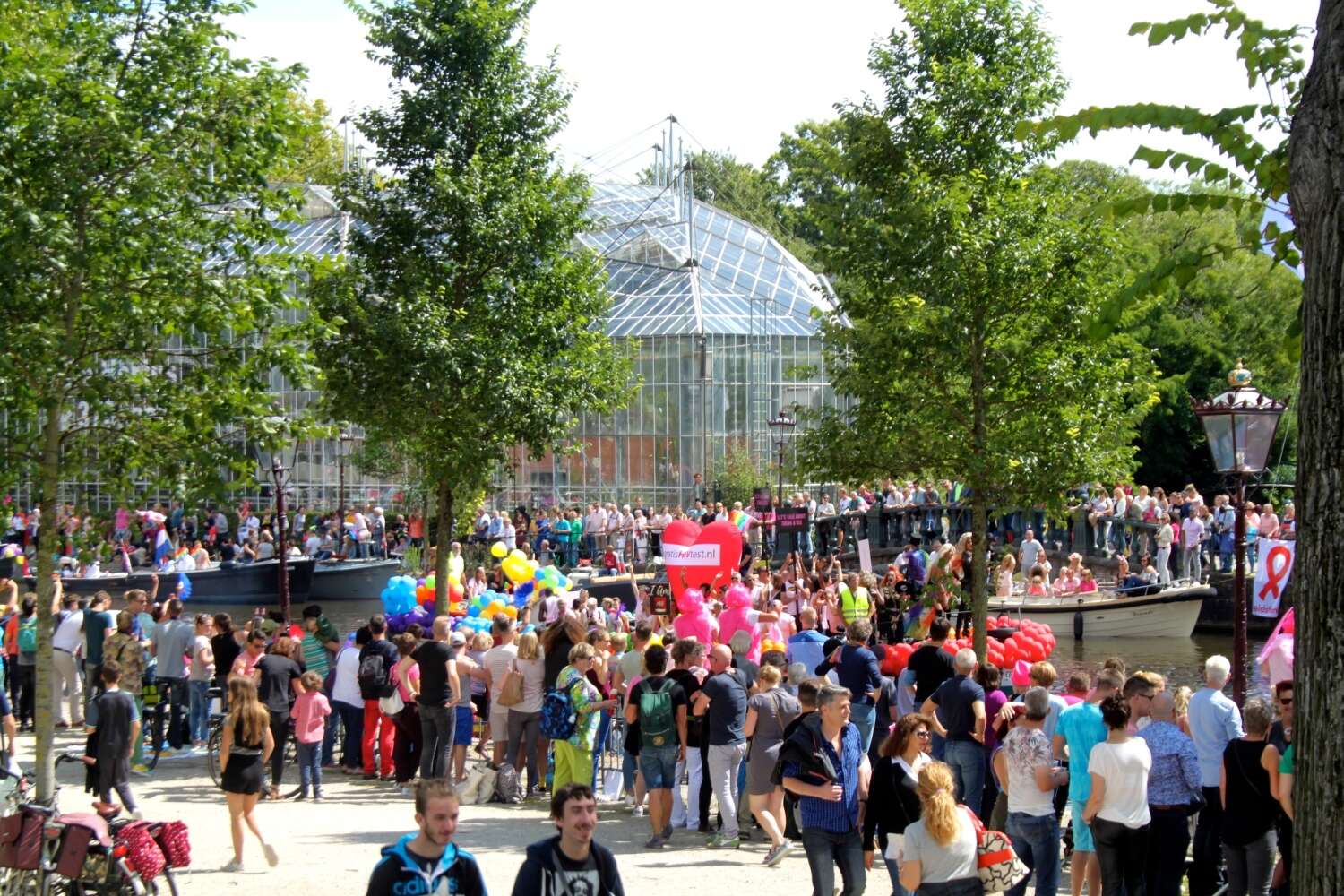 After 16:00, the parade participants disperse at the after party, which take place at three main locations - Amstelveld, Rembrandt Square and Damm Square. 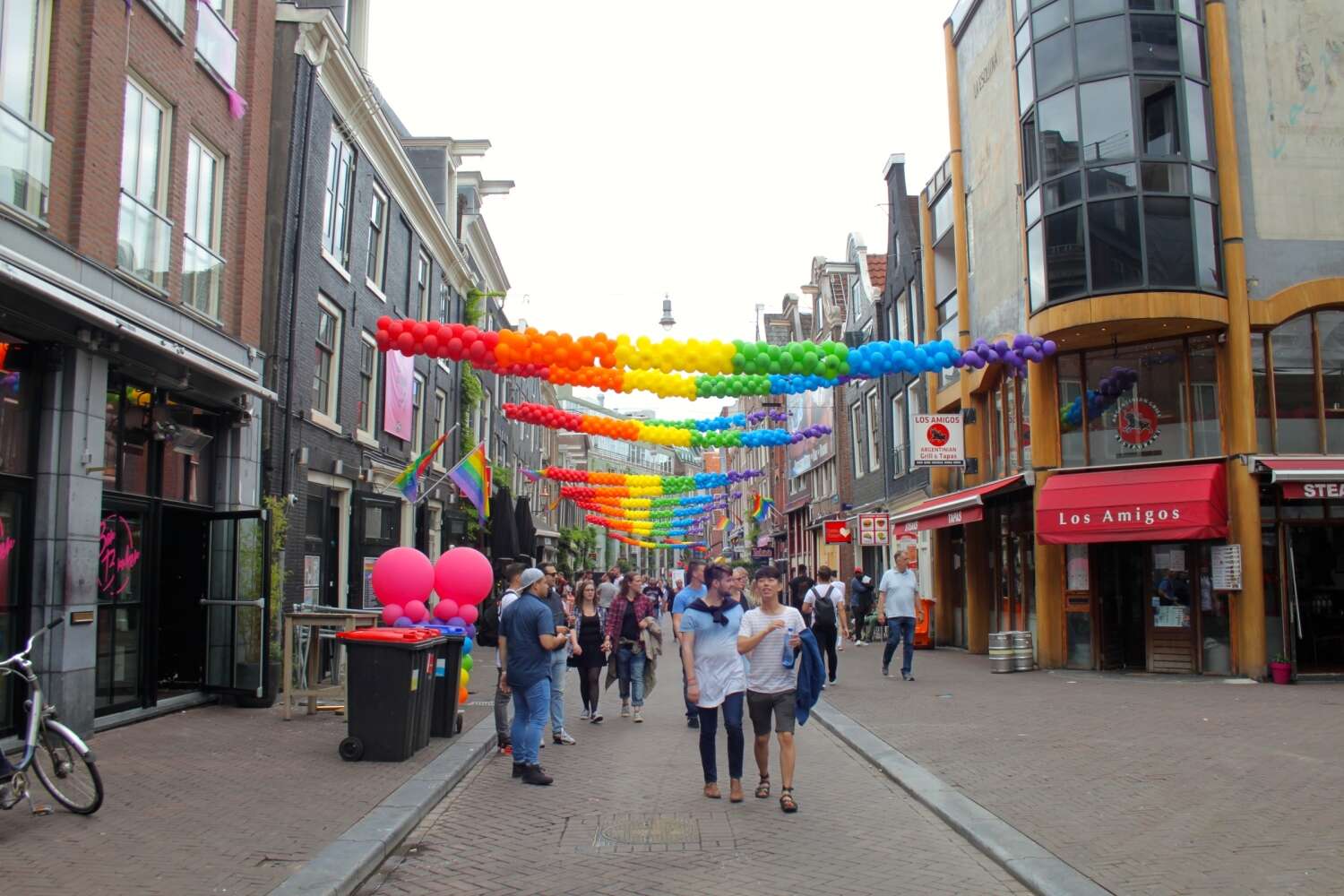 We recommend all tourists to visit this holiday of life at least once. Forget about your prejudices and feel how the Dutch are able to have fun at one of the most striking events in the Netherlands!