How the Festival of Light in Berlin goes: the best locations

Would you like to visit one of the most non-trivial cities in Europe? The incredibly dynamic and diverse Berlin is exactly what you need. It’s a city of contrasts and freedom, a city of two different worlds. The first of them is a holiday city, with characteristic West European houses with red roofs, , flea markets, snack bars, clubs. The second one is so saturated with history, that walking the streets of the city, sometimes it makes you hard to breathe from emotions. It is fascinating and simply can't leave you indifferent. It was split into two parts once, and then it was connected by history together. Berlin continues to surprise and cause the most mixed feelings among those who visit it. 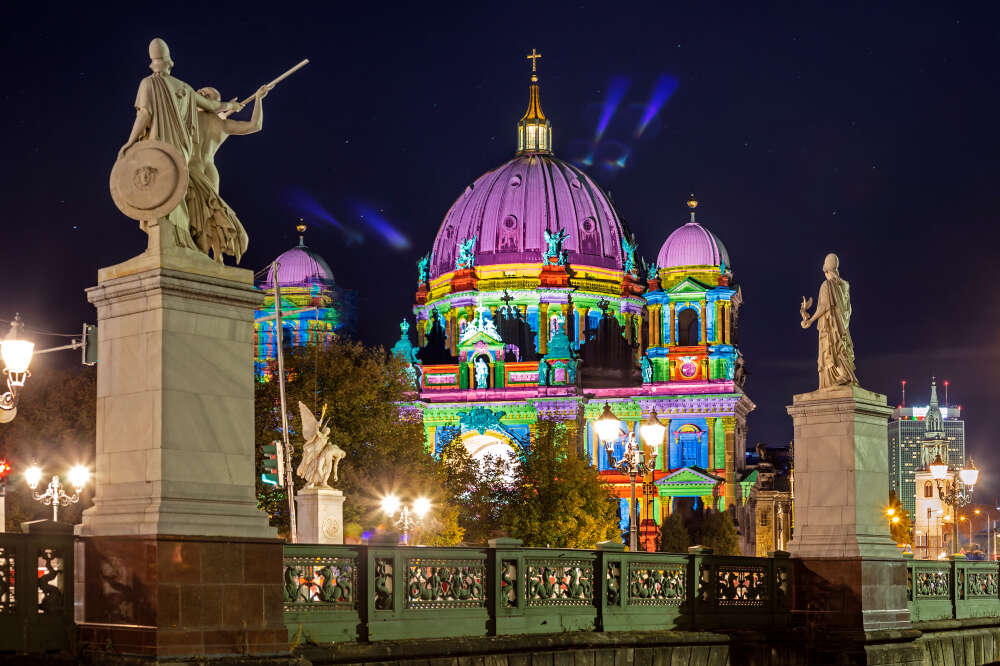 What is this festival?

The Festival of Lights is celebrated 10 days in October, when the lights of Berlin at night, together with fireworks of light and fill the city with magic and celebration. It feels like the atmosphere in the city is simply hard to describe. It's something like a celebration of the New Year. When you blend in with one of the celebrating crowds, and then all of you, as old friends, walk all night from one light installation to another, from one performance to another. 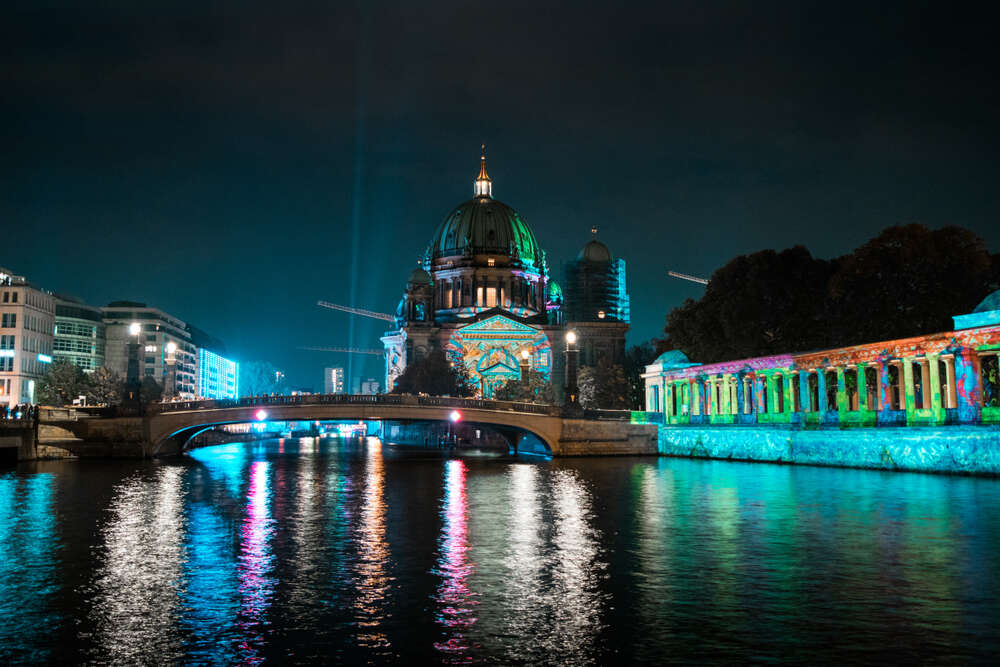 The Berlin Festival of Lights includes millions of diodes and lamps, thousands of spotlights, laser shows and hundreds of specially trained actors, who create an unforgettable fairytale atmosphere for residents and guests of the capital. 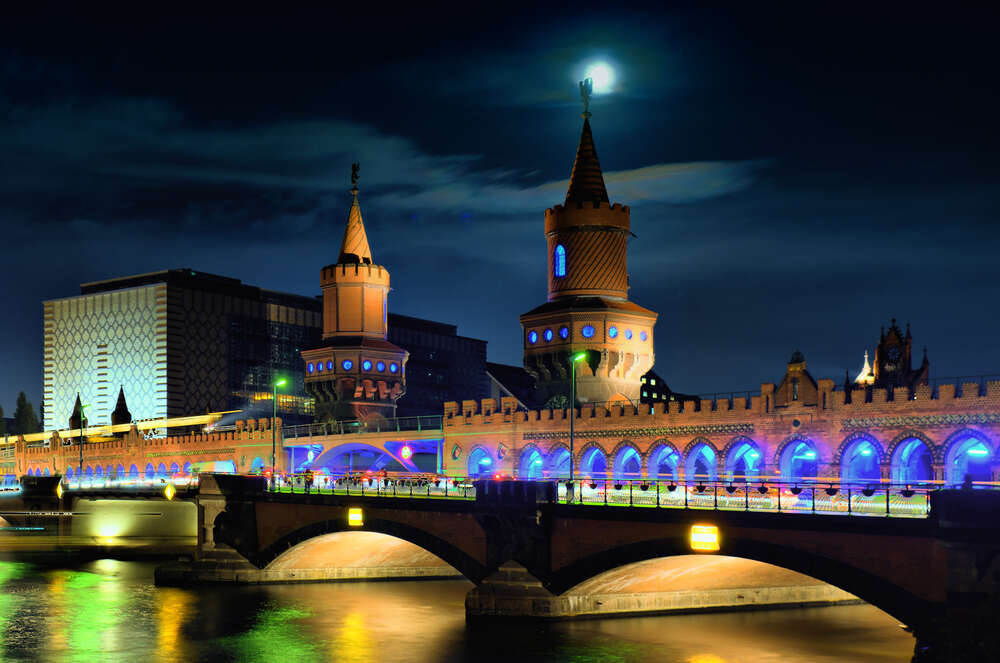 The Berlin Festival is one of the most popular and most visited light shows in the world. Many wish to become part of a grand holiday. Every year, more than two million people come to the capital to see this spectacle.

A short story about the Festival of Light

The first Festival of Light was held in 2005. Klaus Wowereit, the burgomaster of Berlin, came up with the idea and organized it. The key idea was to show how bright and beautiful Berlin at night can be. The festival has turned out to be so interesting, that now, it has an international status and is also held in New York, Beijing, Bucharest and other cities.

How to get a better look at the Festival

A grand open-air celebration involves the most famous sights of Berlin and such historical monuments the Brandenburg Gate, Alexander Square, Charlottenburg Castle, TV Tower, Unter den Linden boulevard, facades of Berlin Cathedral, buildings on Museum Island, the residence of the Chancellor and many others. A list of all the attractions participating in the festival, as well as a route that you can follow, is on the official website of the festival. 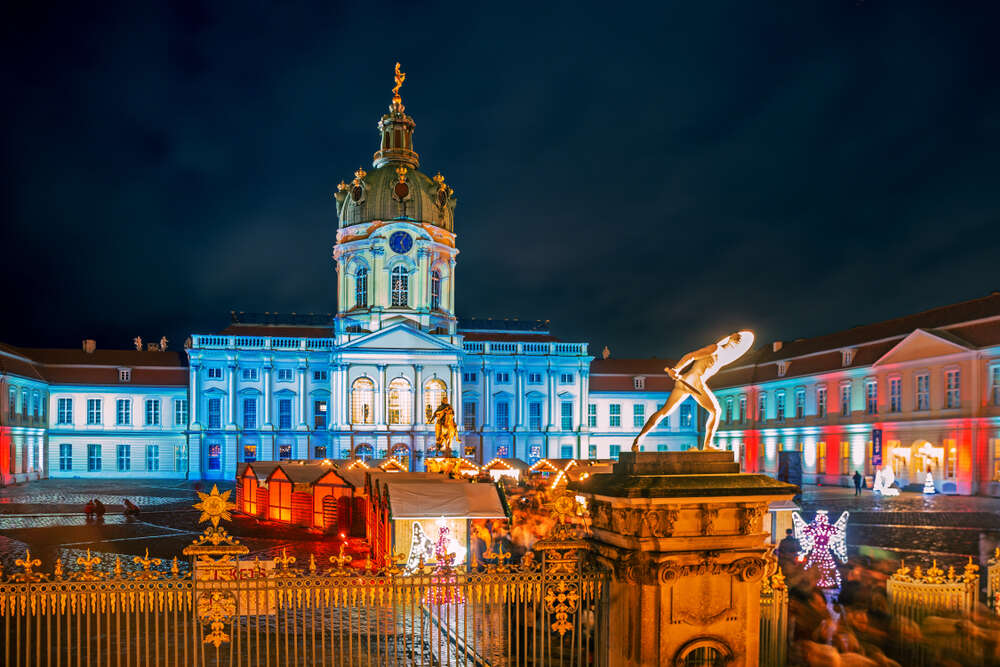 The beginning of the light holiday is at 19:00, and it lasts until 24:00. So that residents and guests of the city can comfortably observe light installations, the Light Liner bus runs through Berlin at this time. Ticket price for the tour lasting 3 hours is 20 euros. Cyclists, river buses and even a hot air balloon ply around the capital at nighttime. In order to enjoy the incredible Berlin from a hot air balloon at nighttime, you will have to pay 30 euros, the walk lasts 15 minutes.

What else to do

All days of the festival, Berlin is immersed in the atmosphere of an endless celebration. While the city is lit up, bars, restaurants and even museums work until late at night.

At the end of the festival, there is a night City Light Run, where anyone can take part in. 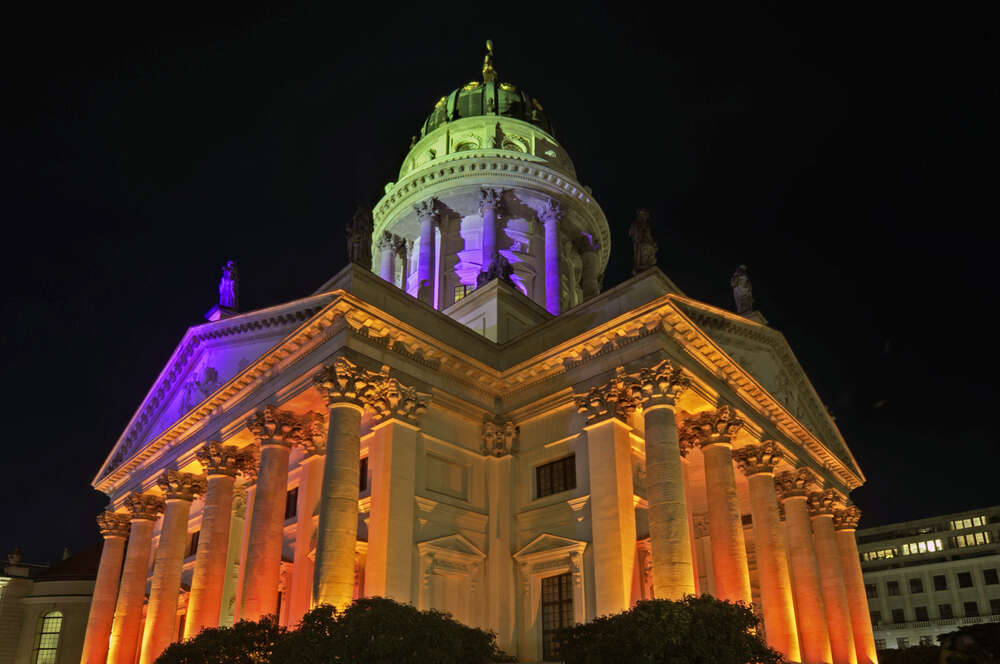 Before the evening performance in the German capital, you will not get bored either. We offer you the top must-visit places in Berlin:

● Brandenburg Gate is a symbol of the reunion of East and West Berlin.

● East Side Gallery is the largest open-air gallery in the world. It's a part of the preserved Berlin Wall.

● Reichstag is the building of the German parliament. You can get here on an excursion absolutely free of charge, after registering on the official website.

● Berlin TV Tower. Its observation deck offers incredible views of Berlin. The height of the tower is 203 meters. The price of an adult ticket is 16.5 euros, a child's ticket is 9.5 euros. It is better to purchase a ticket in advance on the website.

● Holocaust Memorial is a maze of 2,000 concrete slabs. It's dedicated to Jews who died during the Holocaust.

● Museum Island is an island, where five world-famous museums are located - Pergamon, Bode Museum, New Museum, Old National Gallery and Old Museum. The cost of admission (when visiting all museums) is 18 euros.

● Potsdamer Platz is an area, where you can observe the greatness of modern Berlin, with its huge shopping , and the remains of the Berlin Wall on their background.

We would like to note as well, that all the main attractions of Berlin are within walking distance from each other. 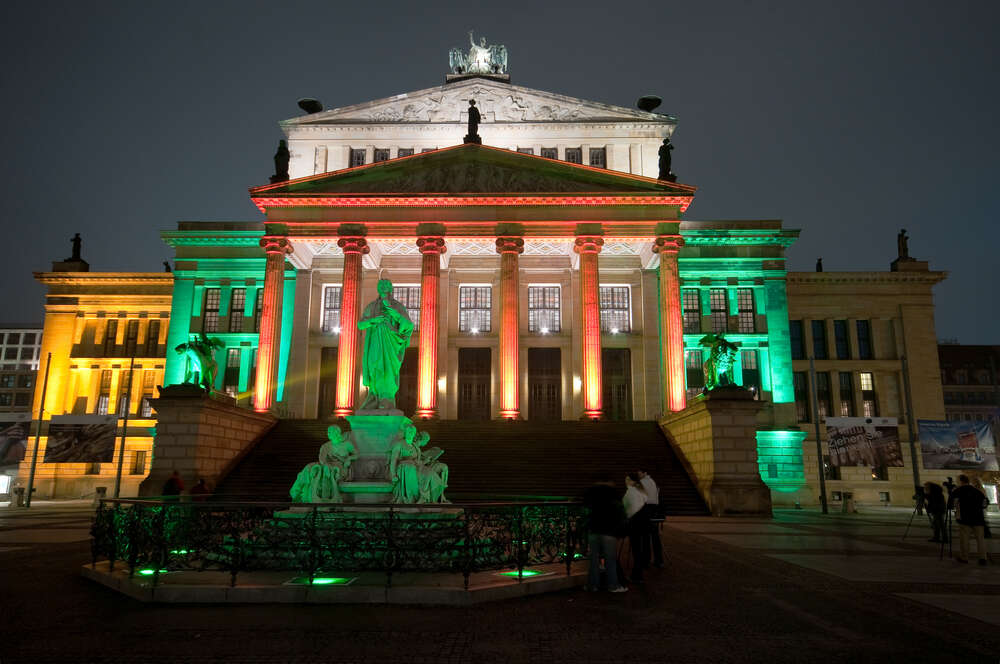 We advise you, upon arrival in the city, to purchase a Berlin Welcome Card. With this card, you can travel by public transport for free, and also get free admission or discounts on visiting the main attractions, discounts in many shops and restaurants. The price of the Berlin Welcome Card starts at € 19.50 and varies from the duration of the action (from 2 to 5 days) and the range of travel. More information about the map can be found on the website. 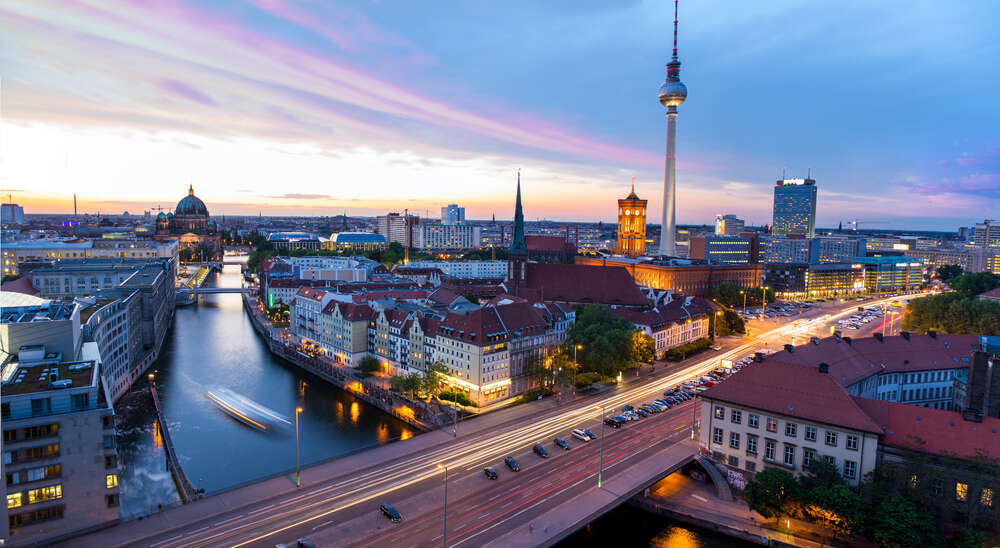 We are sure, that you have no doubt left, Berlin is a city with an amazing and indescribable atmosphere. And your October can be filled with the most vivid and impressions of the grand celebration of the Berlin Festival of Light!