Everyone who is already familiar with this city will definitely agree that Bruges is not just a city, Bruges is a state of mind. Moreover, it does not matter with whom and how you will come here. Traveling alone, with family or with friends - in any of these cases you will definitely think that the company for this trip is perfectly matched. Do you know the secret? Your partner is Bruges itself. It is not without reason that the world-famous film “In Bruges” enjoys such popularity. An incredible atmosphere reigns in this city. Simply walking along medieval gingerbread houses, river canals with snow-white swans are a very exciting experience, and you may even sing odes to delicious Belgian waffles. Bruges is perfect for walking, and all its attractions are concentrated within walking distance to each other.

So, put on your comfortable shoes and go along the most magical Belgian streets and squares. 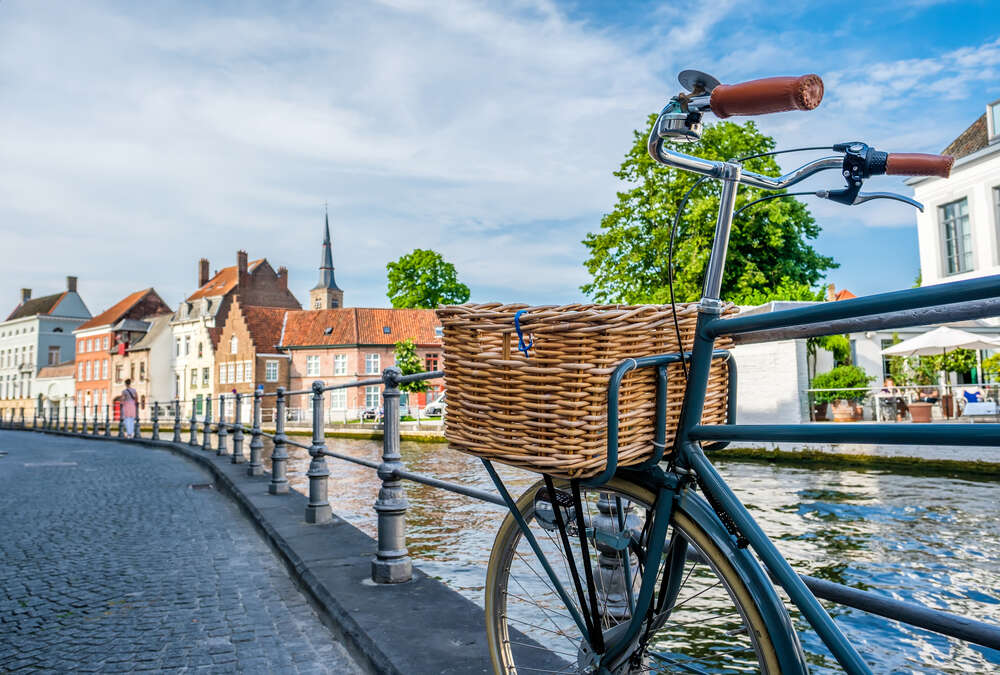 Travellizy is pleased to share with you the itinerary for the best sights of Bruges.

What to see in Bruges

Our walk starts from Burg Square, which means “fortress”.

On the south side of the square, there is the Gothic City Hall building.

● City Hall (Stadhuis van Brugge) was built in 1421. The city government of Bruges is located here, the building also works part-time as the local registry office. Tourists can get inside, however the entrance is paid. Entrance fee is 6 euros. 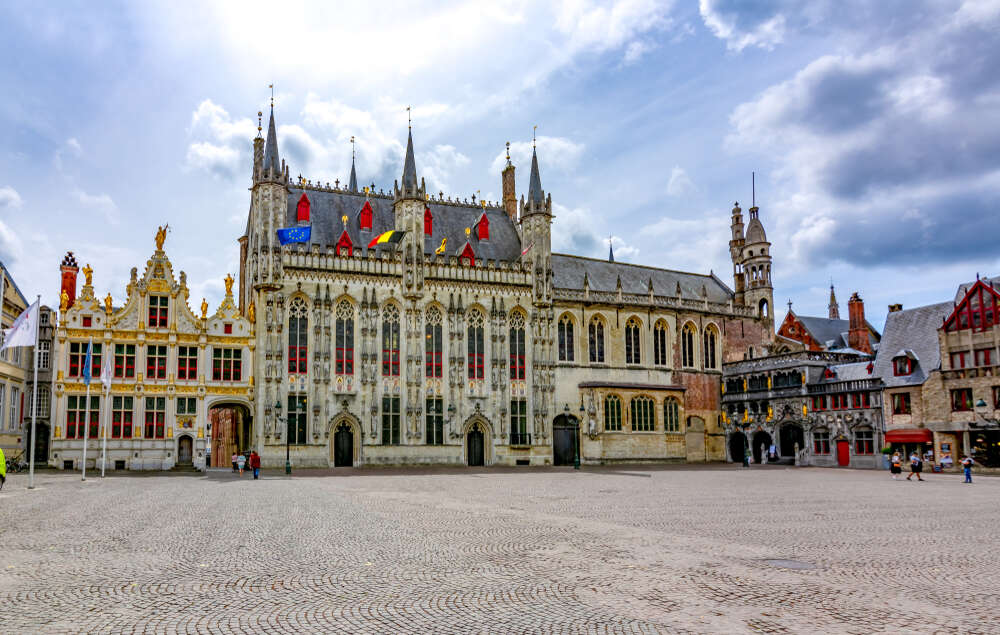 ● Basilica of the Holy Blood (Heilig-Bloedbasiliek) is a Roman Catholic church, which was built in 1157. The basilica consists of two parts: the upper and lower. The lower church is built in the Romanesque style, and the upper in the Gothic. The entrance to the building is located in the eastern corner of Burg Square and you can go inside the church absolutely free.

● Market Square (Grote Markt) has been existed since the 10th century. The main attraction of the square is the Belfry of Bruges. On Wednesdays, a market operates on the square. From here, carriages can take you on an excursion. If you want to feel like a prince or a princess, then make sure you try to use this type of transport. The cost of such an excursion is 40 euros, the duration of the walk is 40-45 minutes. 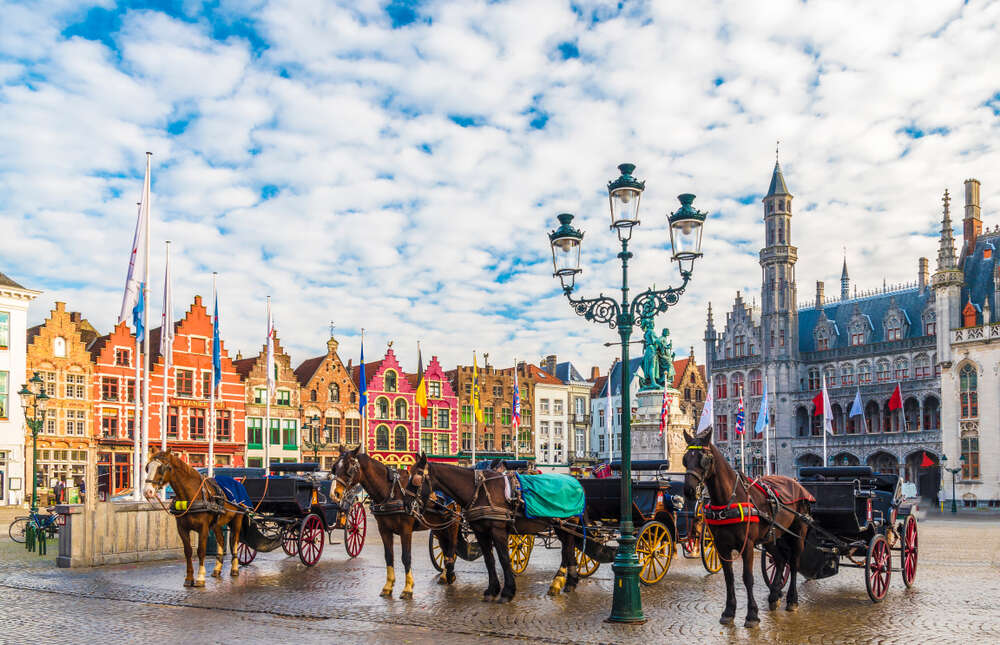 ● Belfry of Bruges (Belfort) is one of the most beautiful towers of Flanders. Its height is 83 meters, it is a UNESCO World Heritage Site. The base of the tower was erected back in 1240, and the upper part of the octagonal bell tower was completed only two centuries later. The tower has 47 bells located at the level of the upper observation deck. These bells ring their unique melody every hour. You can climb to the observation deck by breaking 366 steps. The cost of admission to the site is 8 euros. 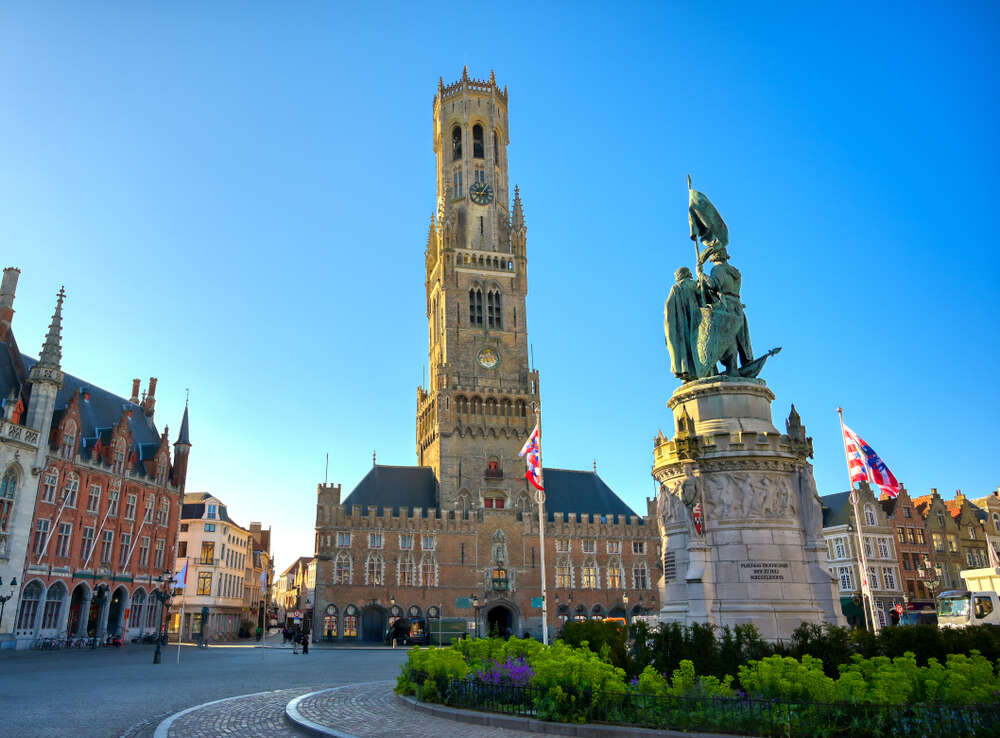 ● Cathedral of Christ the Savior (Cathedrale Saint Sauveur) is an old cathedral dating from the 12th century. It is considered to be the main city temple. There is a museum at the cathedral, where paintings by Flemish painters are exhibited. Entrance to the temple is free, the entrance fee to the museum is 4 euros. 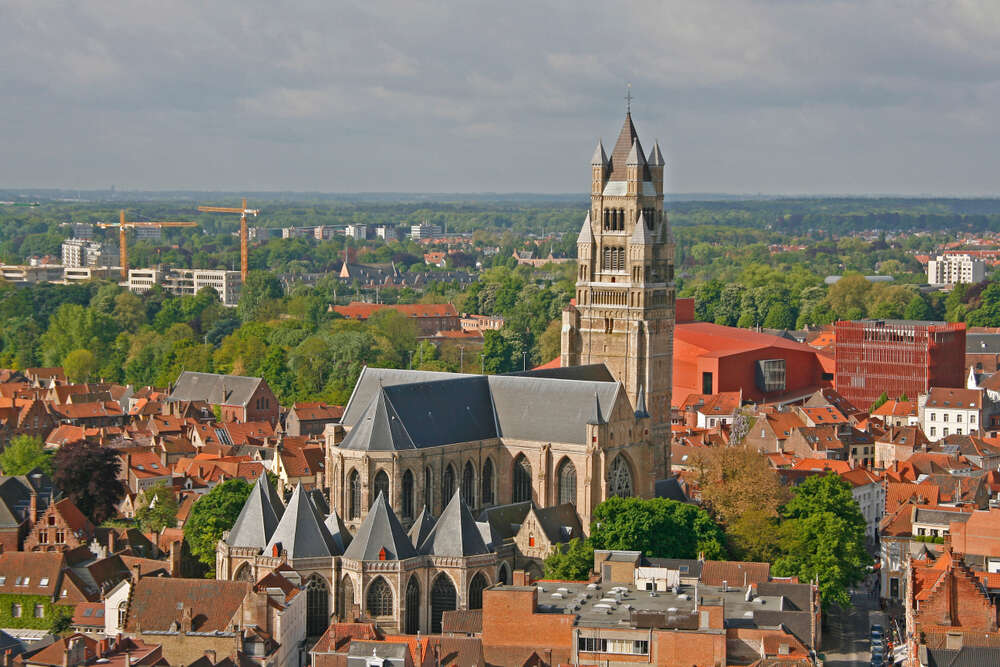 ● Church of Our Lady (Onze-Lieve-Vrouwekerk) is a Catholic church in the Gothic style, which was built in the XII-XIII centuries. The height of the bell tower is 122 meters. It can be seen from almost anywhere in the city. Entrance to the church is free, however, if you want to go to the altar and look at the interesting interior, you need to buy a ticket for 4 euros. 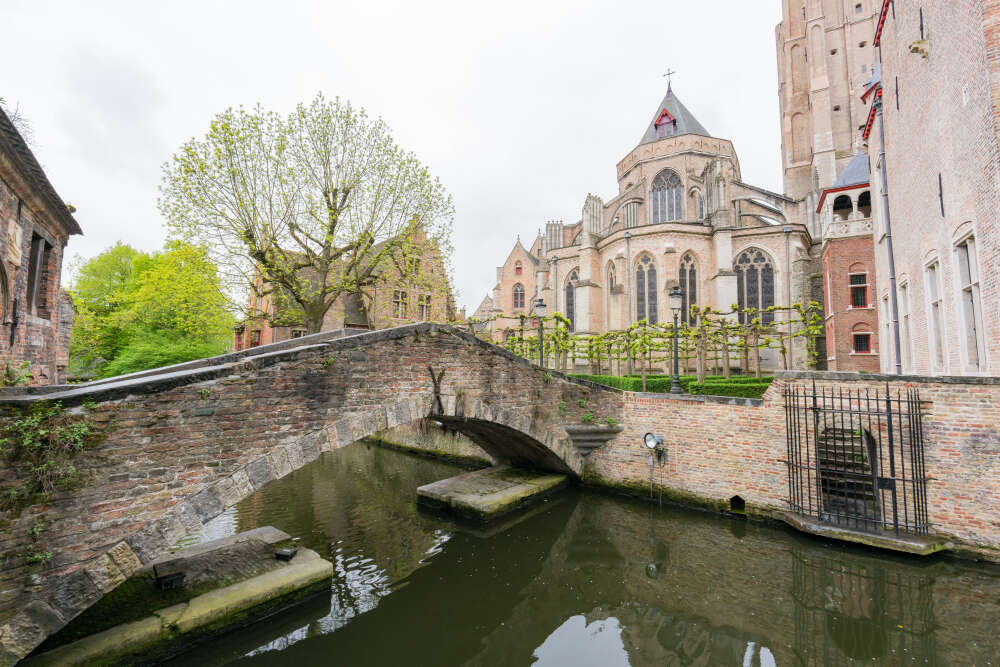 ● The Memlingmuseum is located in the majestic medieval building of the former hospital of St. John with walls extending directly into the waters of the city canal. It is one of the oldest hospitals in Europe. Its chapel is occupied by the Hans Memling Museum. Almost all the paintings are kept here from the moment of their creation, namely from the 15th century. The cost of admission to the museum is 8 euros. 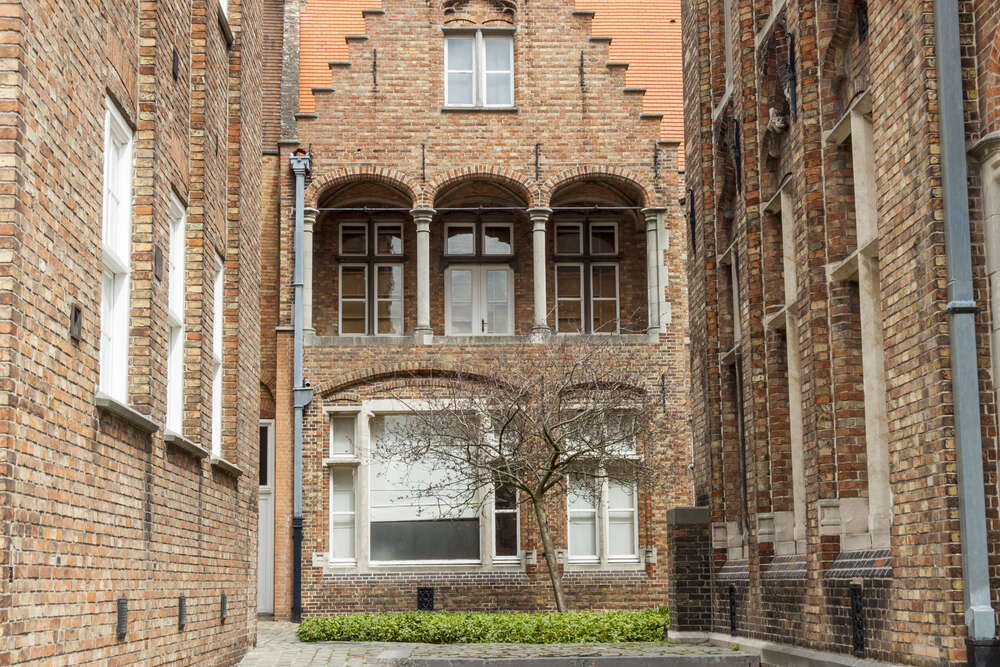 ● The Gruuthusemuseum is the most versatile museum in the city. The museum's collection was set up in 1865 at the initiative of the archaeological community of Bruges. In 1955, the museum's collection went into the ownership of the city. There are sculptures made of wood, marble and ivory, wooden furniture of the XVI-XVIII centuries, ceramics, kitchen utensils and tapestries. The cost of admission to the museum is 10 euros. 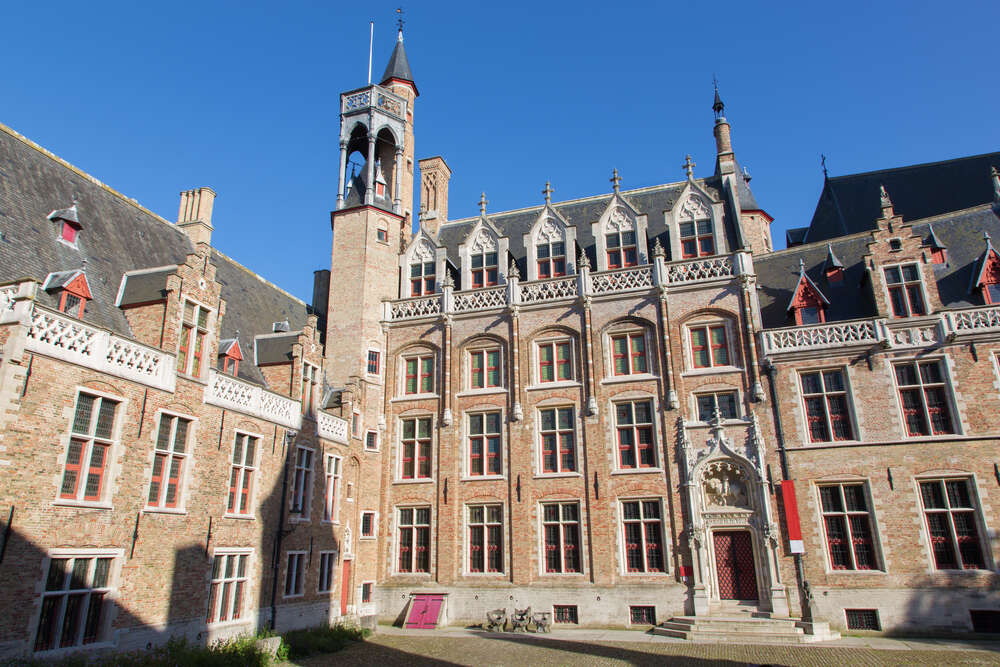 ● Arentshuis is a lace-making museum that the city is famous for. On the second floor of the Arentshuis hosts an exhibition of engravings by Frank Brangwyn, an English painter of the 20th century, who was a native of Bruges. Entrance ticket price is 8 euros. If the museum does not interest you, make sure to visit the beautiful picturesque garden with sculptures, it is located next to the Arentshuis. 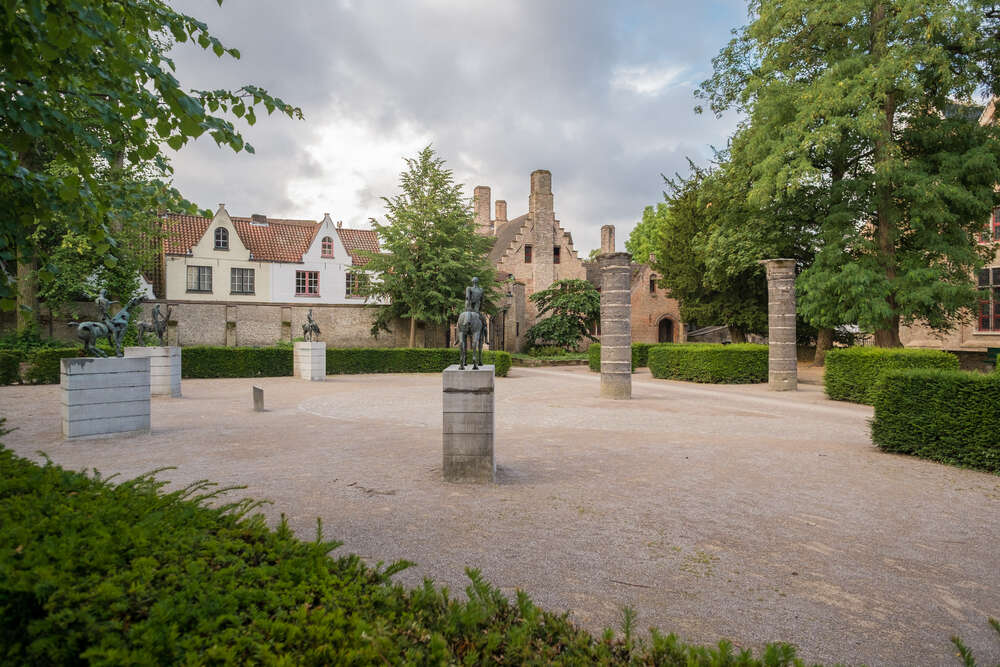 ● The Groeningemuseum is the richest storage of paintings in Belgium. The magnificent works of Bosch, Rogier van der Weyden, Memling, Van Eyck can delight both an inexperienced amateur and a competent connoisseur. The cost of admission to the museum is 10 euros. 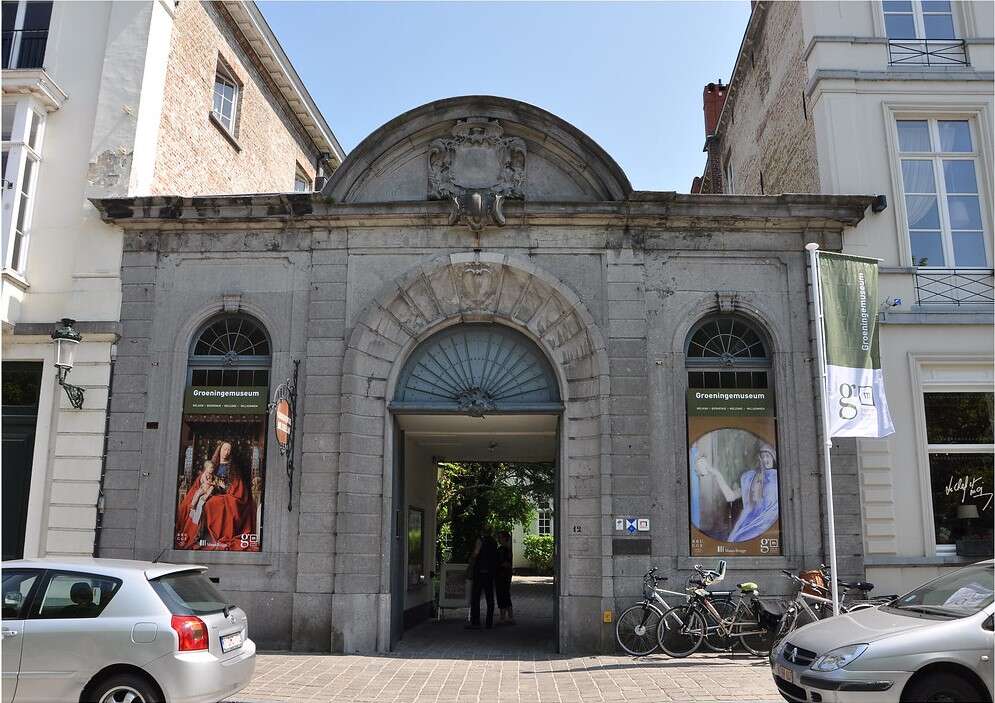 Please note, if you plan to visit the Arentshuis and the Groeningemuseum, there is the opportunity to purchase one ticket for these two museums. Such a ticket will cost you 12 euros.

After the museum, turn right, walk along the canal and turn left into Donkey's Gate. The passage will lead you back to Burg Square, where we started our walk.

Bruges is a city of canals, it is also called Northern Venice. We highly recommend that you go on the most romantic boat excursion along the canals of Bruges. There are several departure points of such boats in the city, including moorings near the Ghent-Terneuzen Canal in the southeastern part of the city, near the building of the Church of Our Lady and the Town Hall, and the Belfort Tower. 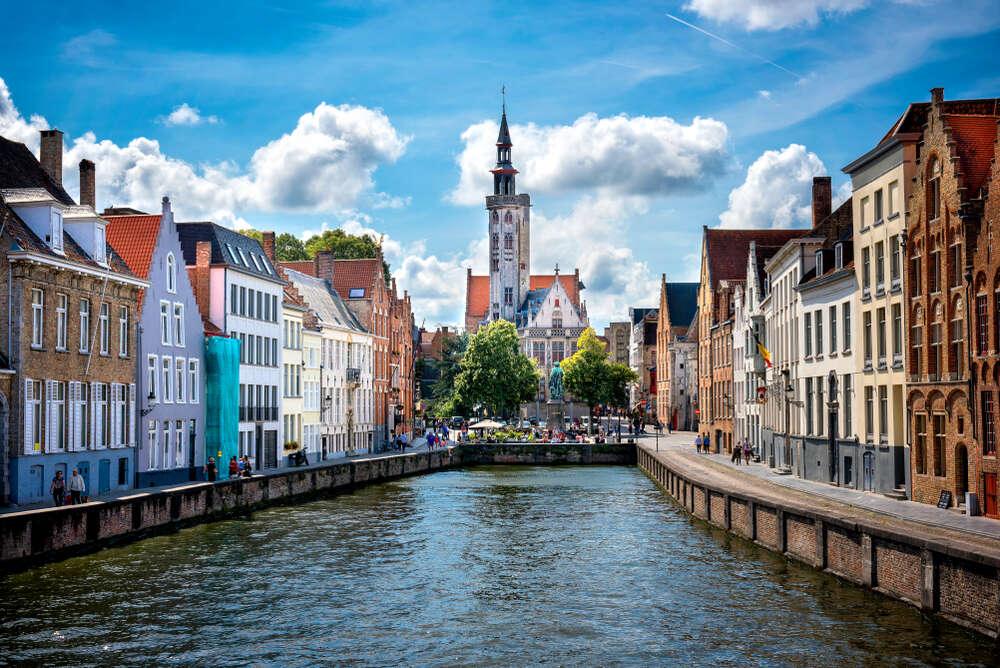 Any departure point from the central part of the city can be reached on foot in about 10-15 minutes. The duration of a boat trip is an average of 30-40 minutes. The cost of the tour is 8-10 euros per person.

What to taste in Bruges

Another important point on the route is, of course, goodies called Belgian waffles. You definitely can’t miss the cafes and waffle trucks, as this sweet vanilla aroma literally envelops every street of Bruges. Airy waffles with a thin crisp but soft just melt in your mouth. A signature dessert is offered with any filling: it is decorated with towers of whipped cream and strawberries, or watered with salted caramel, milk chocolate, or beloved Nutella. The cost of this festive meal is 4-10 euros, depending on the filling you have chosen. 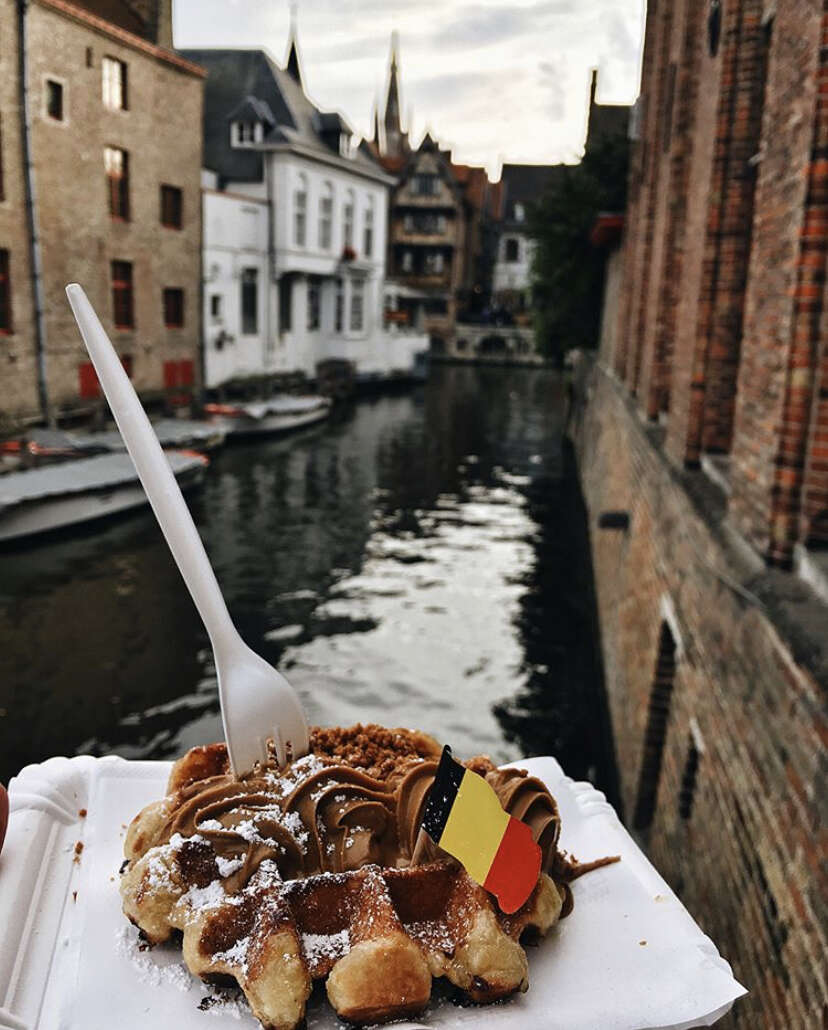 Bruges attracts, captivates and immerses you in its unique color, forcing to keep the experienced emotions of happiness in your heart. Having visited Bruges, you will stay in love with it forever!