Vancouver: Canadian comfort between mountains and the ocean

Vancouver, Canada’s second largest city, invites travelers who are open to nature. Today’s Travellizy article is about why calm Vancouver is so exciting for active tourism enthusiasts.

The city is named after Captain George Vancouver, an outstanding British military officer and navigator. It was he who first investigated in detail, described and explored the Pacific coast of Canada in 1792. Fans of the history of geographical discoveries will be curious to know this fact: young George Vancouver was one of two people who, after difficult negotiations with the Hawaiian natives, brought to the ship the remains of Captain Cook, who was killed in a skirmish with natives.

Before these regions remote from civilization became interesting to American and European industrialists, only tribes of the local indigenous population of the Indians lived here. 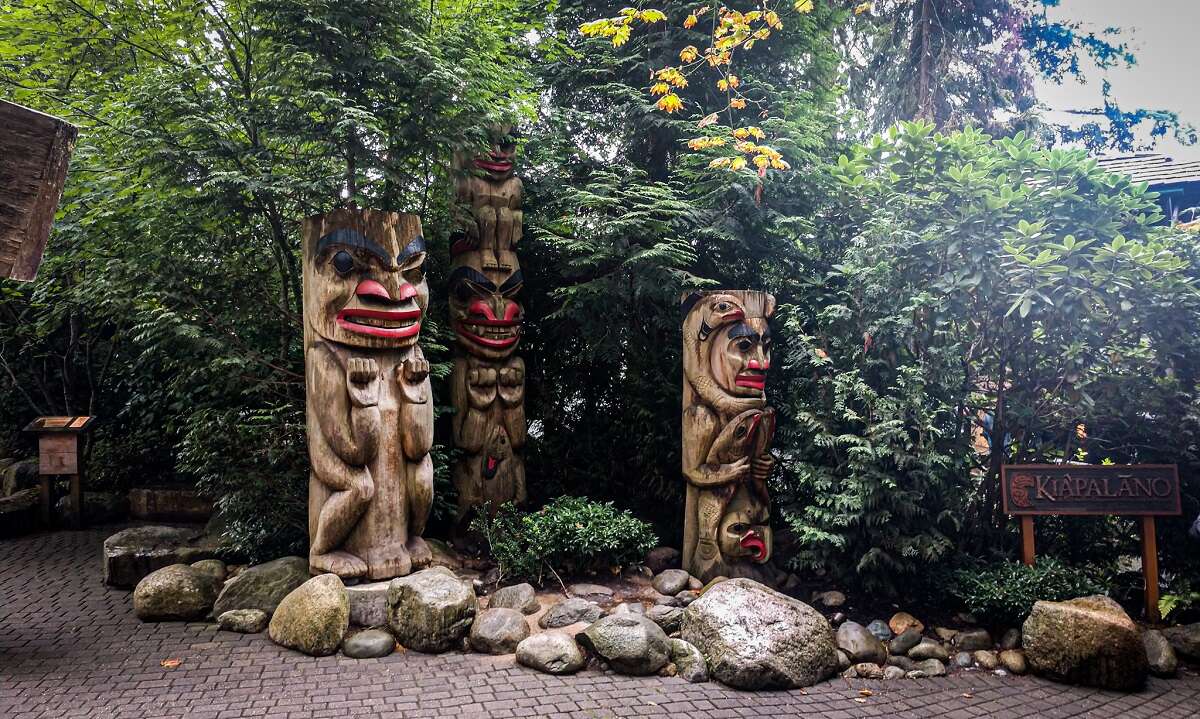 Vancouver was originally a small settlement at a sawmill. The impetus for the development of the region was given by the construction of the railway, and the gold rush, the development of the coal and timber processing industries attracted tens of thousands of workers to these places. By the beginning of the 20th century, the local port began to play an important role in the Canadian economy, and nowadays, Vancouver is the largest settlement in British Columbia. We wrote about its capital, the blooming Victoria, in another article, it is available here.

Climate notwithstanding the stereotypes

Vancouver is located on the shores of Burrard Bay and is surrounded on all sides by mountain peaks. Despite its proximity to the atmospheric flow of cold air from the Arctic, Vancouver is protected by mountains.

From November to March, when frosty north winds cool the continent, the Vancouver microclimate allows the temperature above the zero to remain the whole winter season. In January, which is the coldest month, the average temperature is about 4 ° C, and snow is a rare guest. 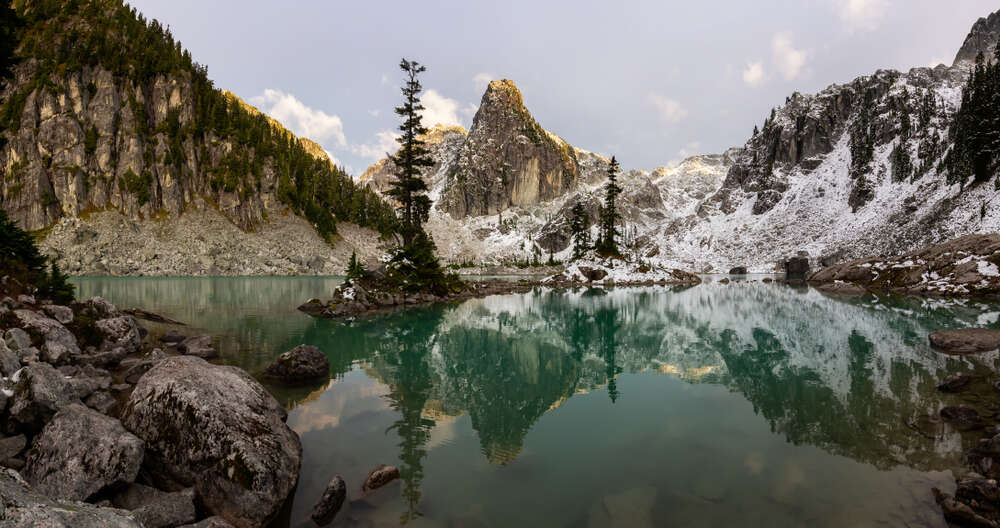 But do not overestimate the mild climate: these figures reflect the realities of the city, which occupies a small part of the metropolitan area. If you plan not only walking around the city, but also going to the mountains or the coast, prepare appropriate clothing to protect yourself from the cold and bad weather.

Rain as part of Vancouver life

Vancouver is located in a climate zone, the name of which will surprise many travelers: temperate rainforest. To put it into perspective, tropical rainforest is the jungle of the Amazon or Singapore. So the Canadian rain forest is just like the jungle, but it is cool. In terms of rainfall, this area can be compared with New Zealand, some areas of Britain and other regions, which are famous for frequent rains. About 60% of the days in a year in Vancouver are cloudy, foggy or rainy. 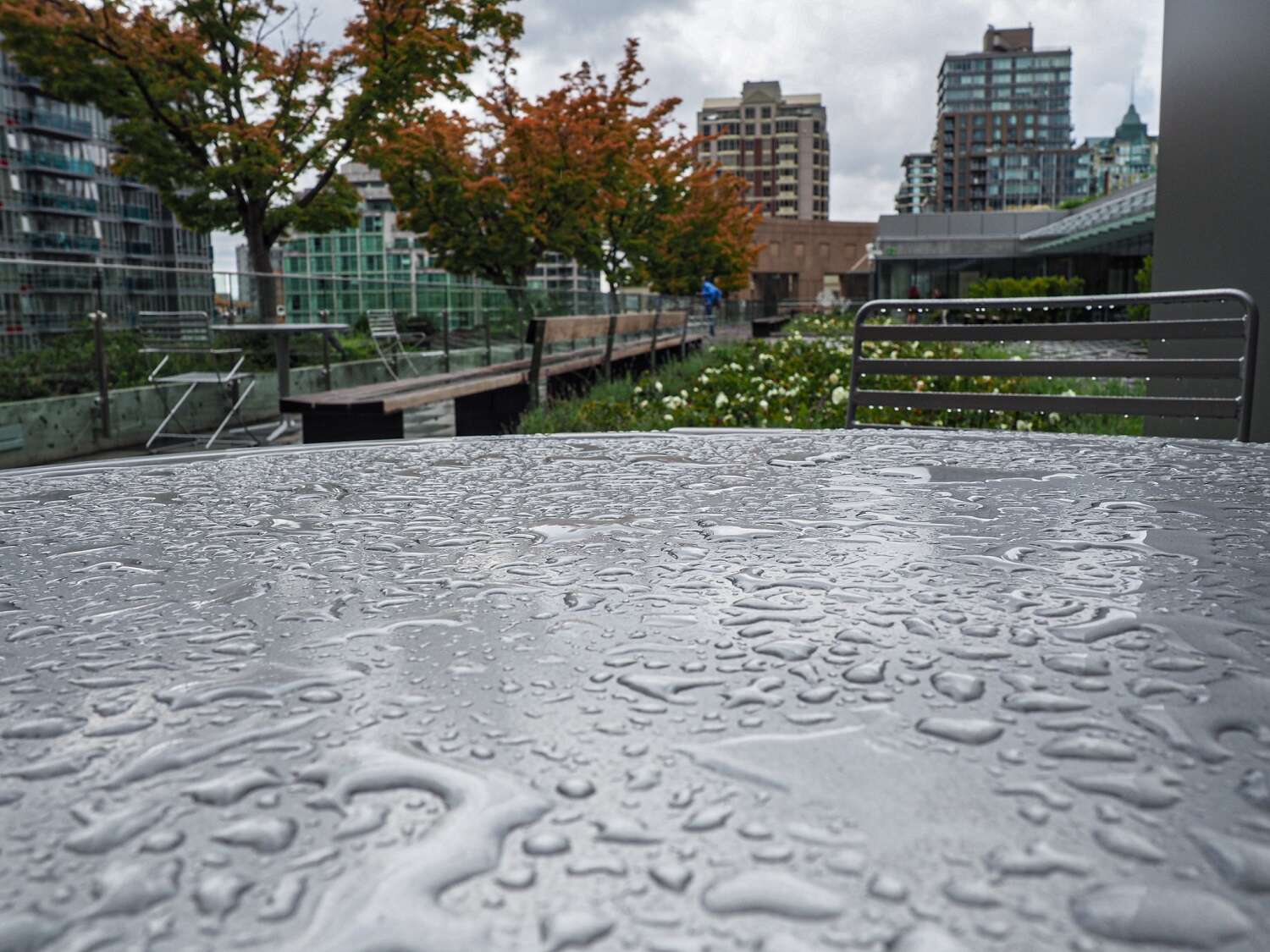 From October to March, walks around the city can be ruined by long rains, so a raincoat, umbrella and waterproof shoes will become your best friends during your visit. But the summer months will please you with warm sunny days!

Library as a cultural center in Vancouver

If the rain took you by surprise while walking around the city, you can stay in the huge glassed passage at the city library located in the eastern part of the central business district (350 W Georgia St). 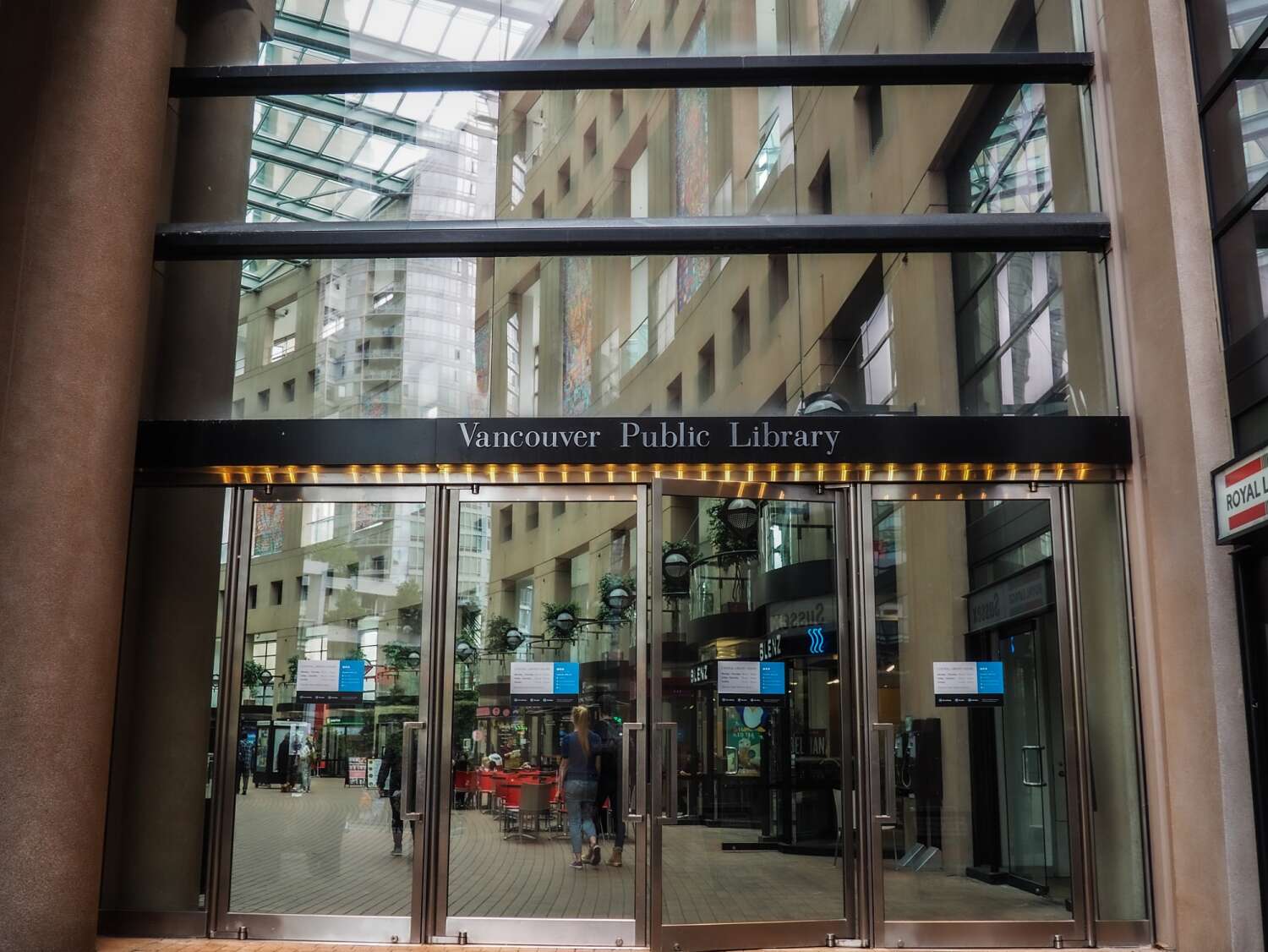 Entrance to the library is free, so you can flip through books or albums, as they say, without SMS and registration. Nine floors of the library not only provide citizens with almost 10 million books and printed publications (including digital ones), but they also constantly conduct many educational programs. The library has 1200 seats and free Wi-Fi, so you can always find where to sit out the rain in the warmth and comfort.

On the ninth floor there is a charming garden: this is the only place in the library where you can eat your own food. A special pride of architects is the Japanese maple. Its leaves shine with bright colors in golden autumn. 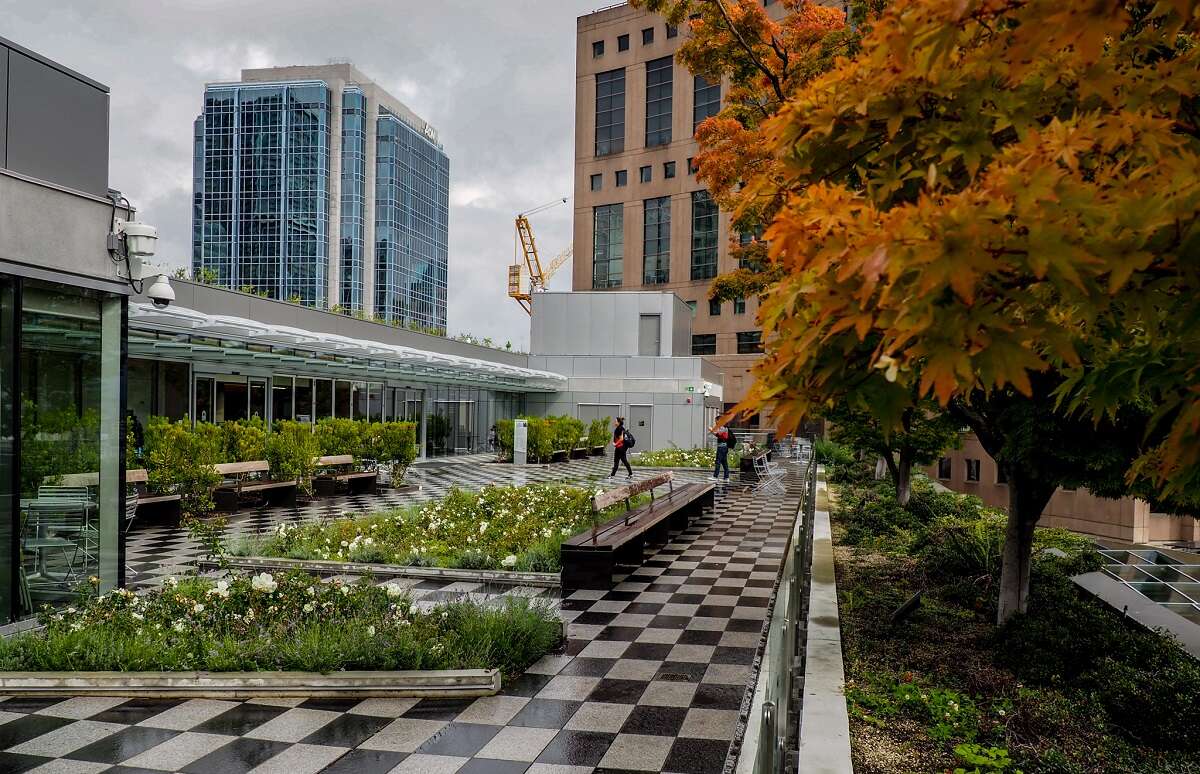 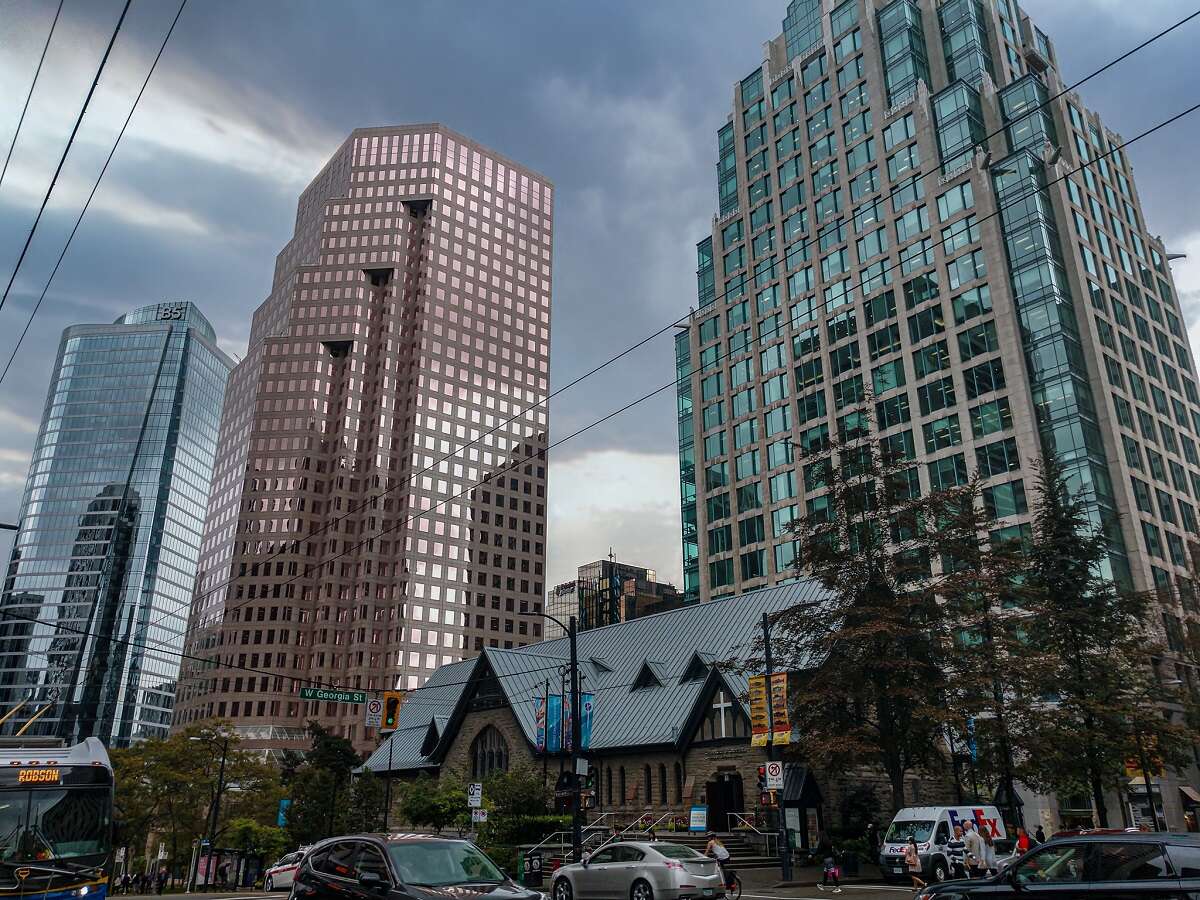 Vancouver and its suburbs are the most ethnically and linguistically diverse regions of Canada: half of the locals call their native language other than English. A significant role in the multicultural city is played by the Chinese diaspora. Given the whole of North America, more Chinese live only in San Francisco. Such a diversity of nationalities and cultures attracts immigrants and forms the diverse flavor of the region.

One of Vancouver's most recognizable and popular attractions is the world's first monumental steam clock on Water Street. Every 15 minutes, this two-ton machine makes a loud whistle of five whistles, and it plays a wonderful melody once an hour. 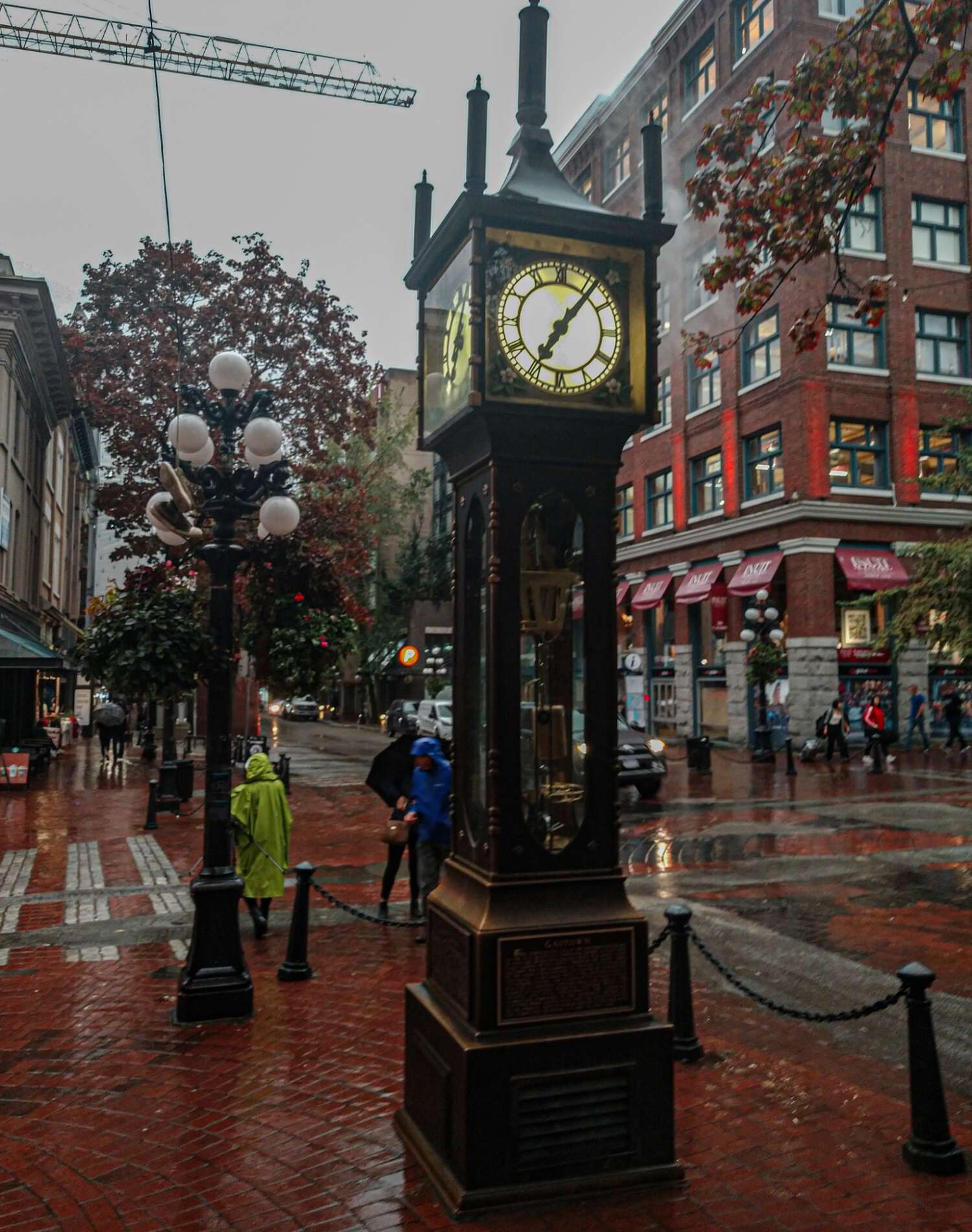 Living standards and prices in Vancouver

Canada is a socially oriented country where the interests of the poorest members of society are protected by the state. Even during the quarantine period, when millions of Canadians were out of work, the state pays decent benefits and minimizes the financial loss of its citizens. This approach is based on high taxes and decency, which is highly regarded here. Prices in Vancouver are significantly higher than Canada's average: IT companies, the country's film industry, and companies involved in expensive biotechnology research are concentrated here.

At the same time, due to the mild climate and extreme tolerance of the citizens, Vancouver streets have become a protected haven for people without a permanent residence permit. Tourists are often discouraged by the fact that entire streets in the historical center are populated by homeless people and even in their absence, these streets look quite unsightly. The state provides a significant part of the marginal places for sleeping in special buildings, but this does not completely solve the problem.

Forest as part of Vancouver

You can’t visit Vancouver and the surrounding area and never go for a walk in local parks and forests. If you refuse such a walk, you will deprive yourself of the joy of contemplating the centuries-old trees that British Columbia is so proud of. From the very foundation of the city, architectural decisions are made taking into account the availability of natural resources for ordinary citizens and guests of the city.

The highly publicized Capilano Suspension Bridge Park attracts thousands of tourists in any weather. Even on a rainy weekday, making a good photo on a bridge stretched over a mountain river at an altitude of 33 meters will not be easy. Dozens of people gather on narrow bridges. 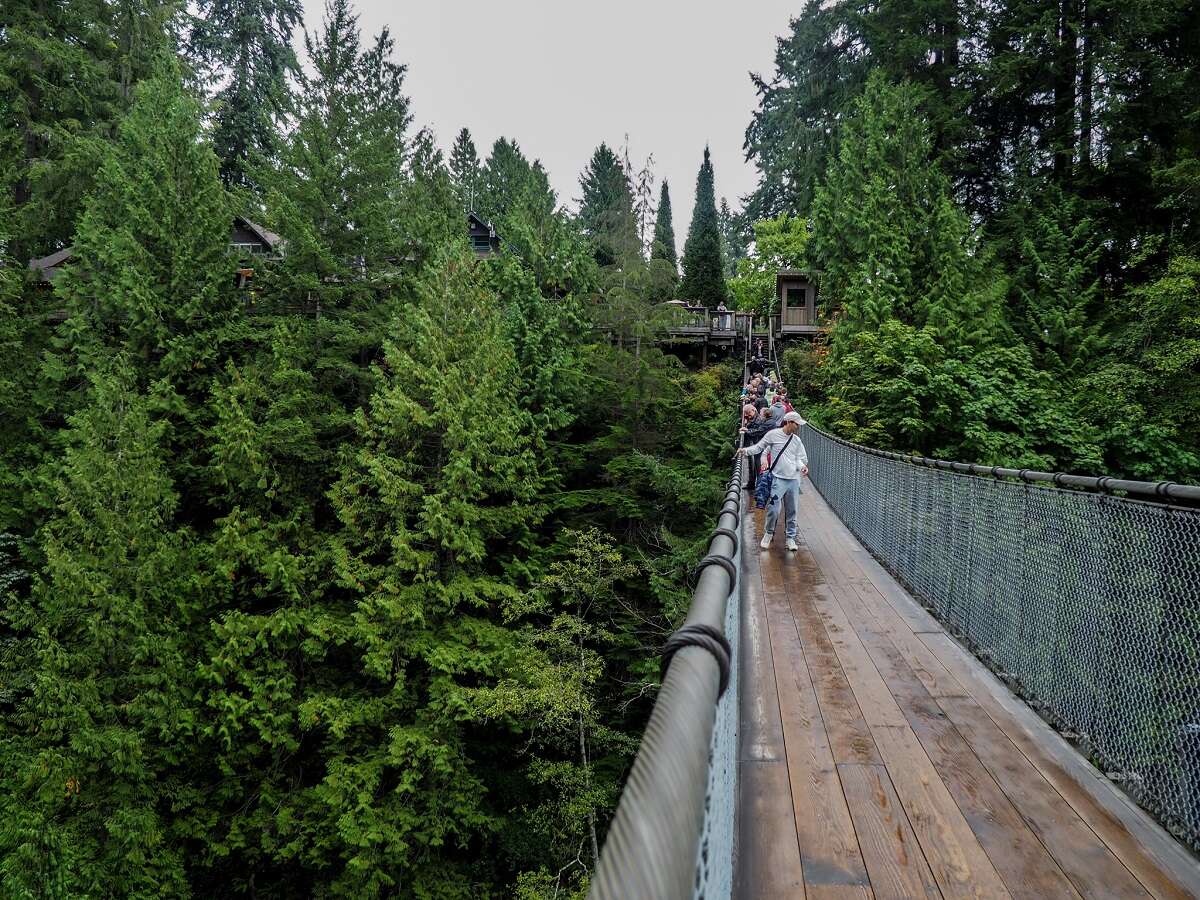 The bridge sways, tickling the nerves of travelers. Standing on it, you can see the river below from a height of more than 30 meters. 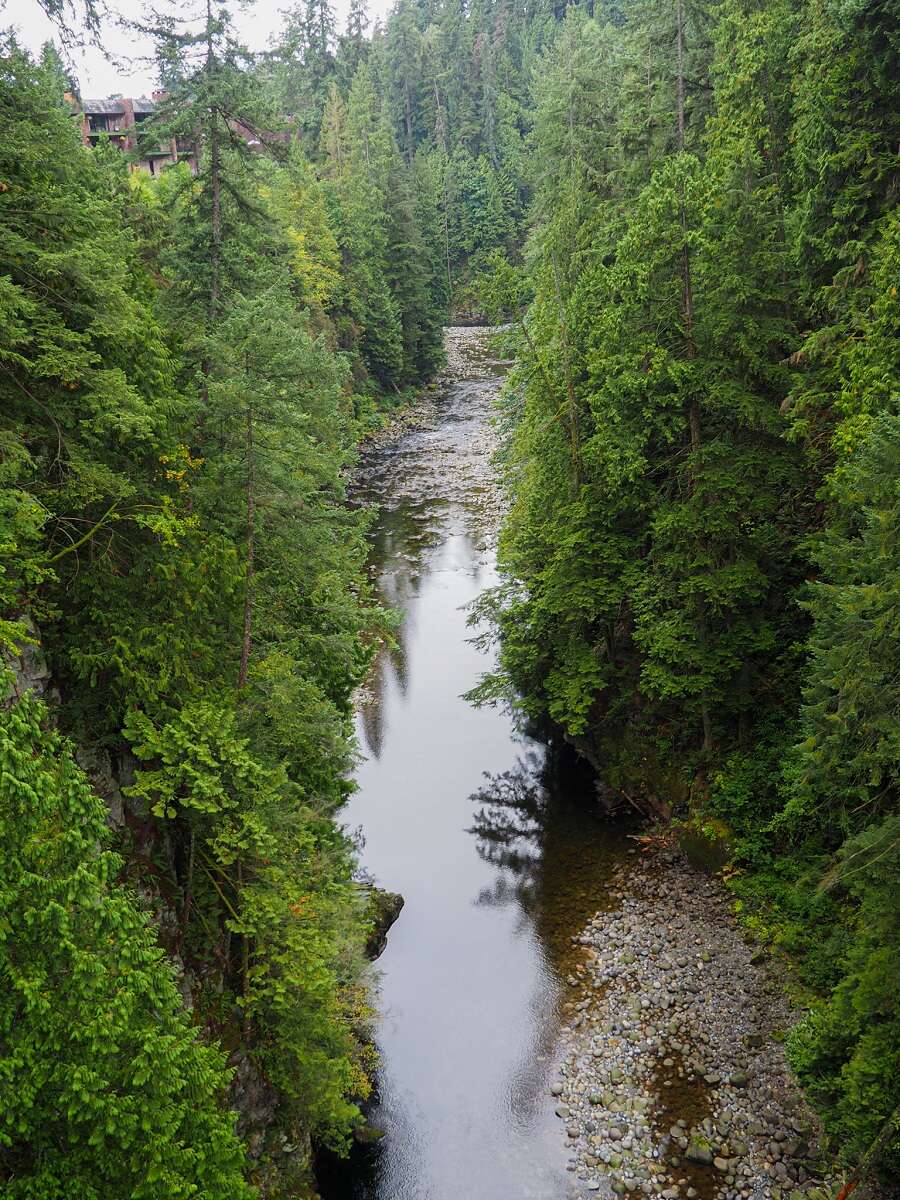 A visit to the park costs $ 40 per person. In addition to walking along the bridges stretched between the trees, you can look at the training stands, which explain the importance of water resources for the ecological system. The park is especially loved by families with children. 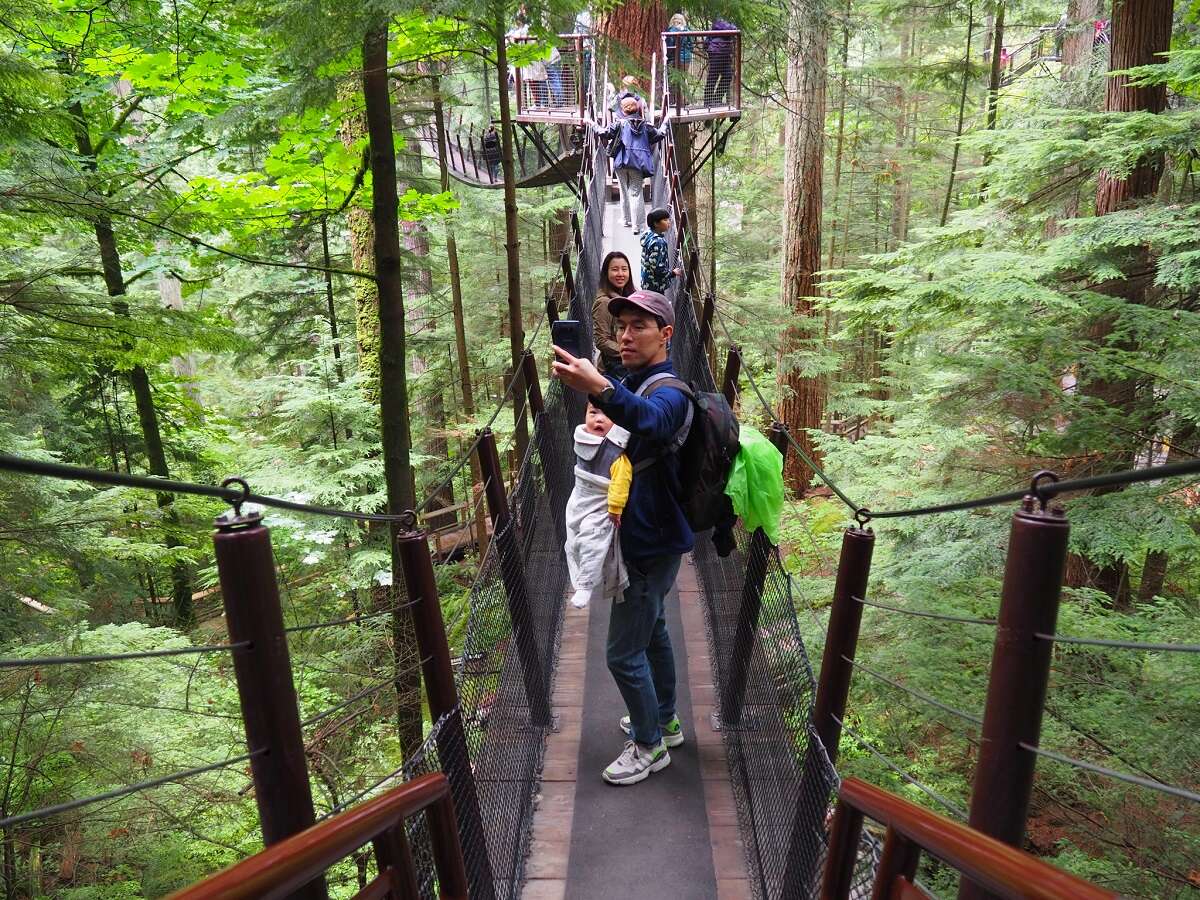 It is not necessary to pay for walking in the rain forests near Vancouver. One of the popular and free places where you can drop by to feel the atmosphere of the Canadian forest is Lighthouse Park. Even if you don't like admiring nature, you will be carried away by a walk along shady paths. You will notice here a lot of ferns, mosses, shrubs. 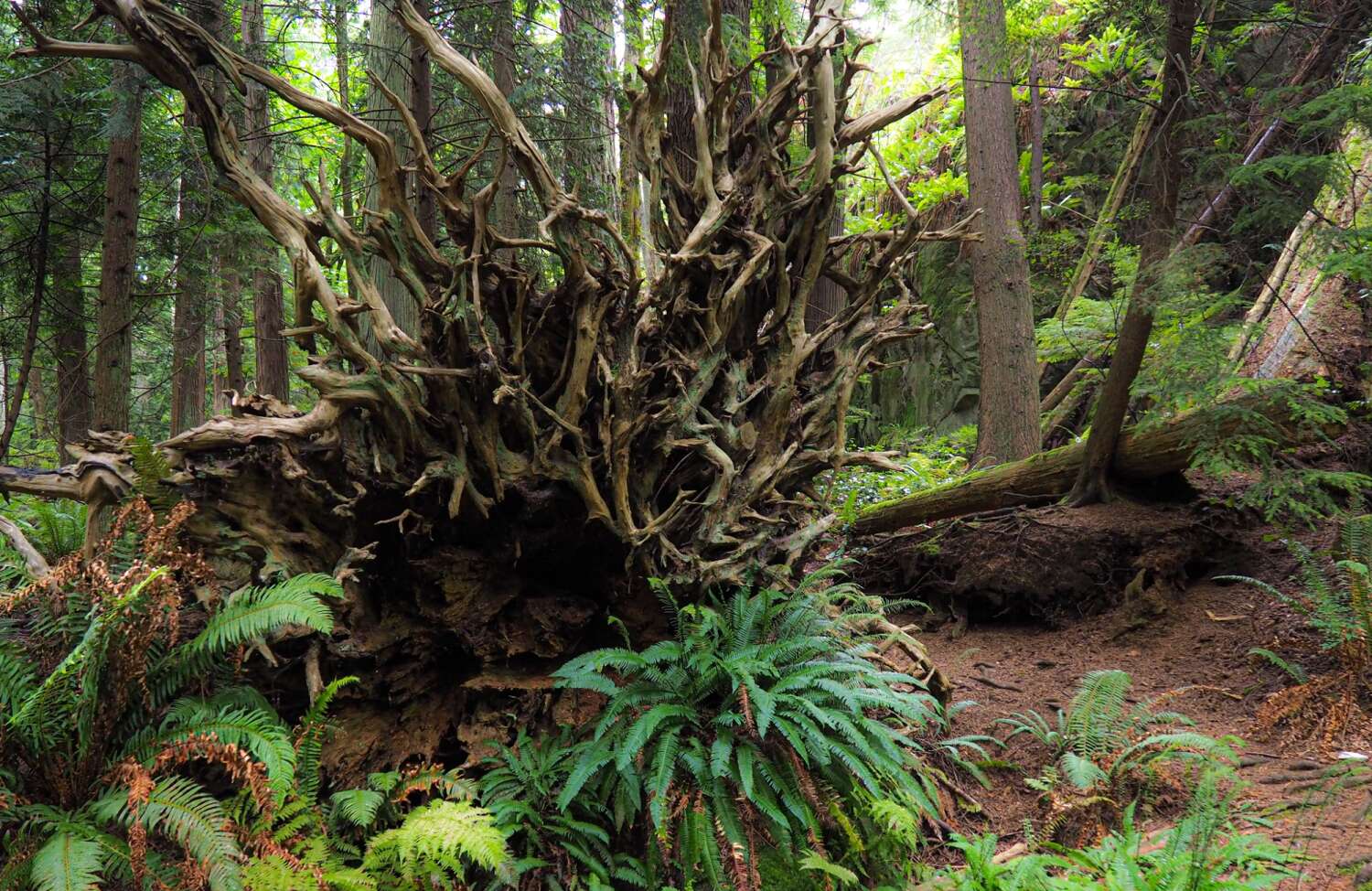 Despite the abundant thickets and resemblance to the forest, the park is taken care of, so even in the middle of the thickets, you can take advantage of the amenities if necessary. 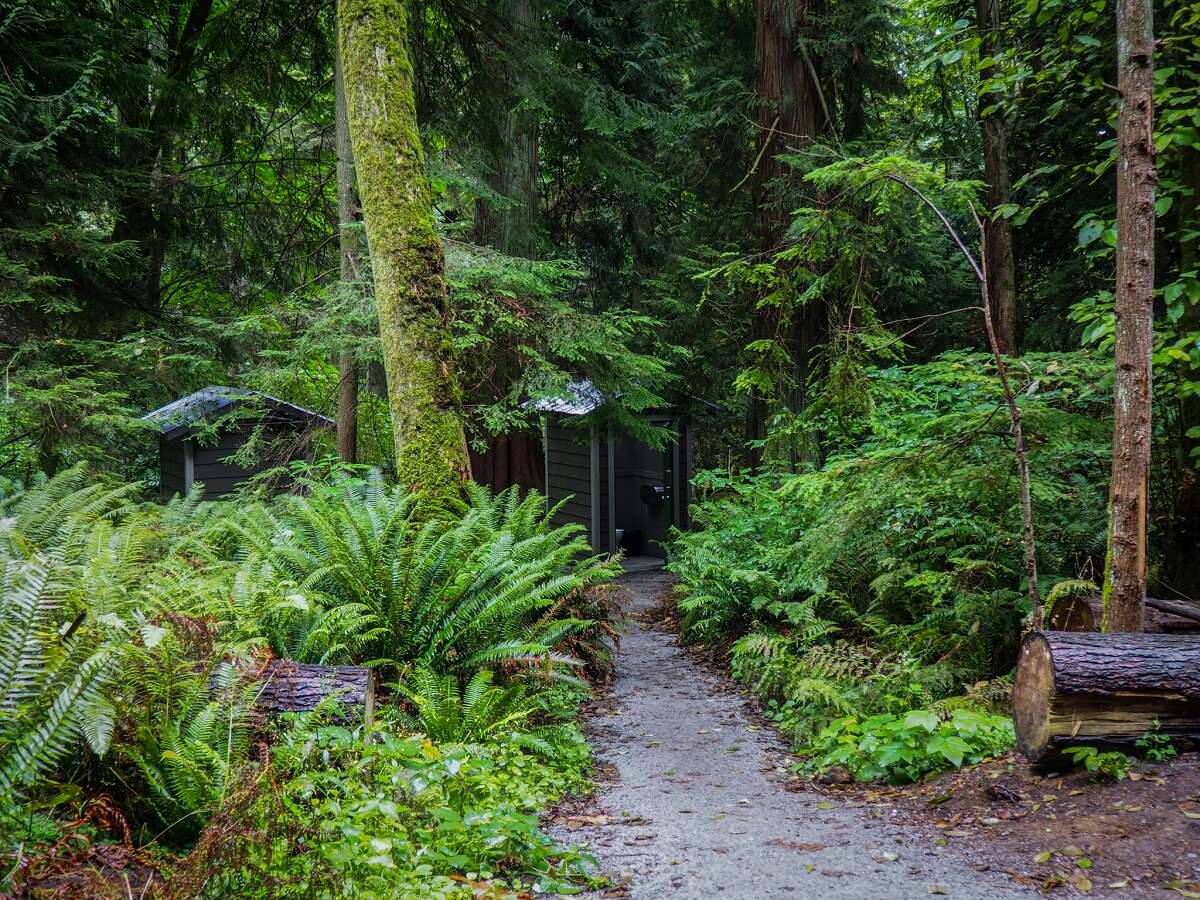 The elevations offer pacifying landscapes, guaranteeing you a spiritual reboot from any troubles.

You can get to Vancouver by plane, by seaplane, by ferry, by car, or by train. The American railway company Amtrak provides a comfortable and pleasant service at a reasonable price. The train has a restaurant car as well as the lounge with large soft chairs. 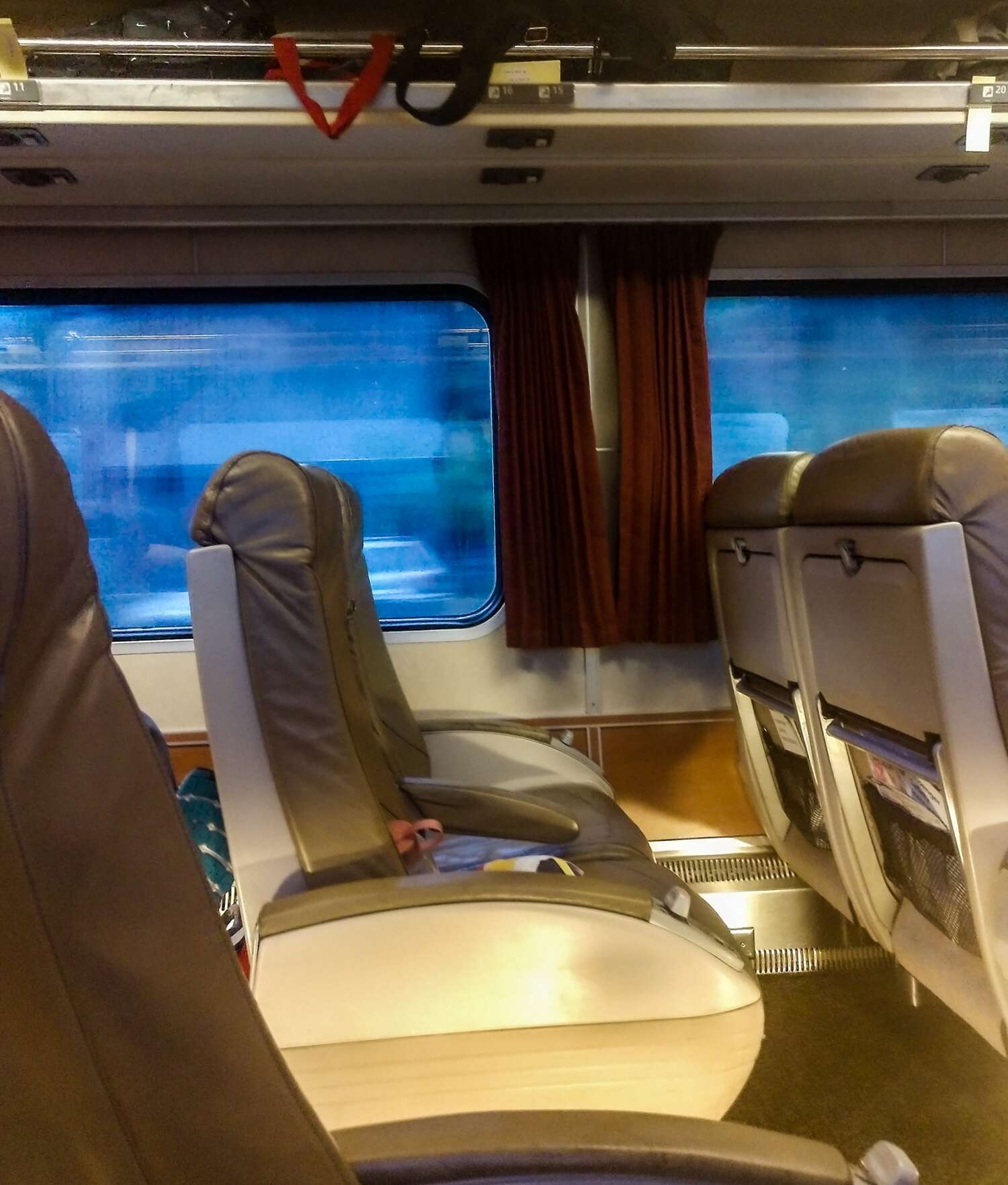 The Vancouver public transport network is well developed, and the small efforts spent on route planning and getting acquainted with the transportation system will allow you to make good use of the time spent in the city. Above-ground metro, bus or train - all modes of transport are safe here. Clean salons, a convenient system for tracking the arrival of vehicles, low fares, availability of online applications make the movement of citizens and tourists more comfortable.

The wide SkyTrain elevated metro network has an interesting nuance: the line is automatically controlled, the head car is not equipped with a cabin, where the equipment and devices for controlling the train are usually located. At the beginning of the car, there is a large view window and ordinary passenger seats. If you want to feel like a train driver for a short time, make sure to seize the opportunity and take a ride in the Vancouver metro! 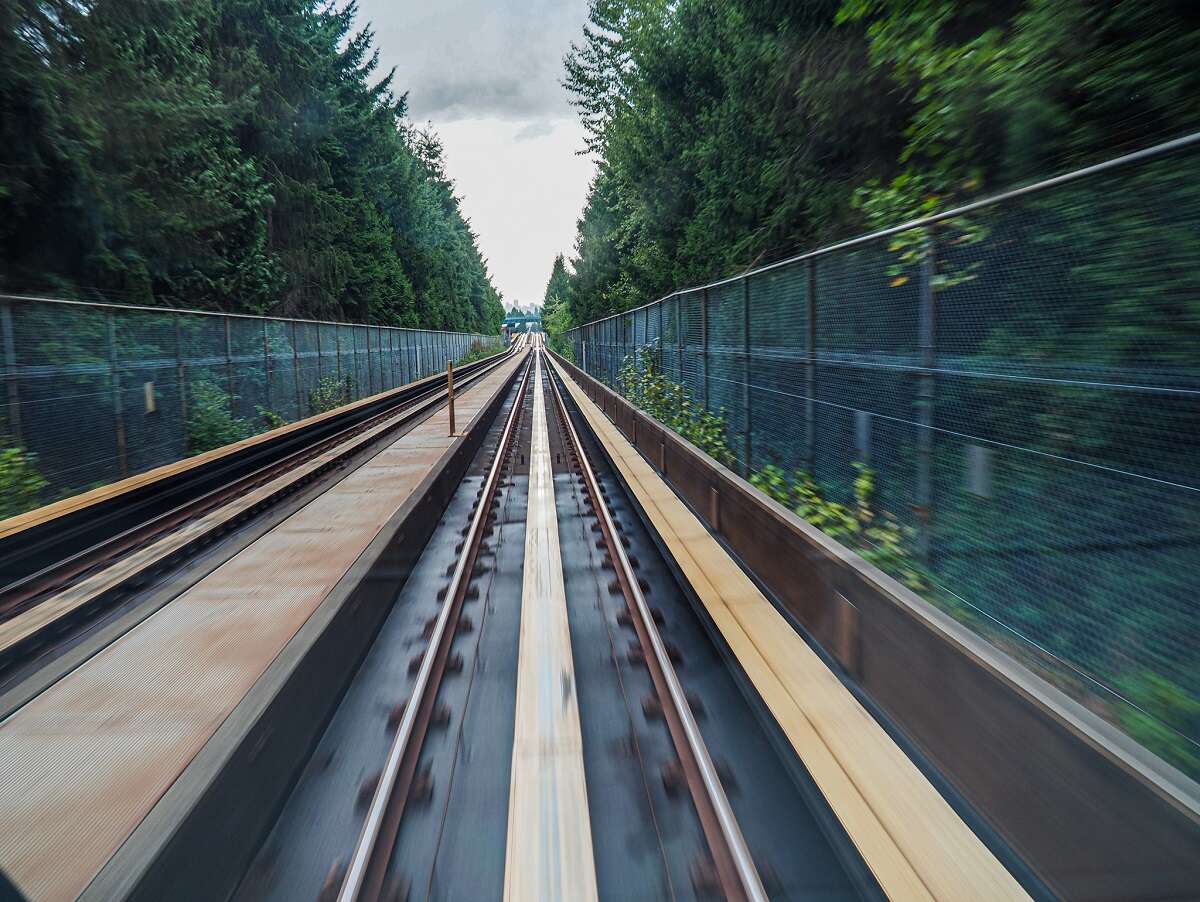 One of Vancouver's extraordinary features is the Chevron Legacy Fuel Barge. It can be seen from the Coal Harbor waterfront, along which thousands of people walk. The station was built in accordance with strict environmental standards and safety. Despite its unimpressive size, 50 million liters of fuel are refueled here for a year! 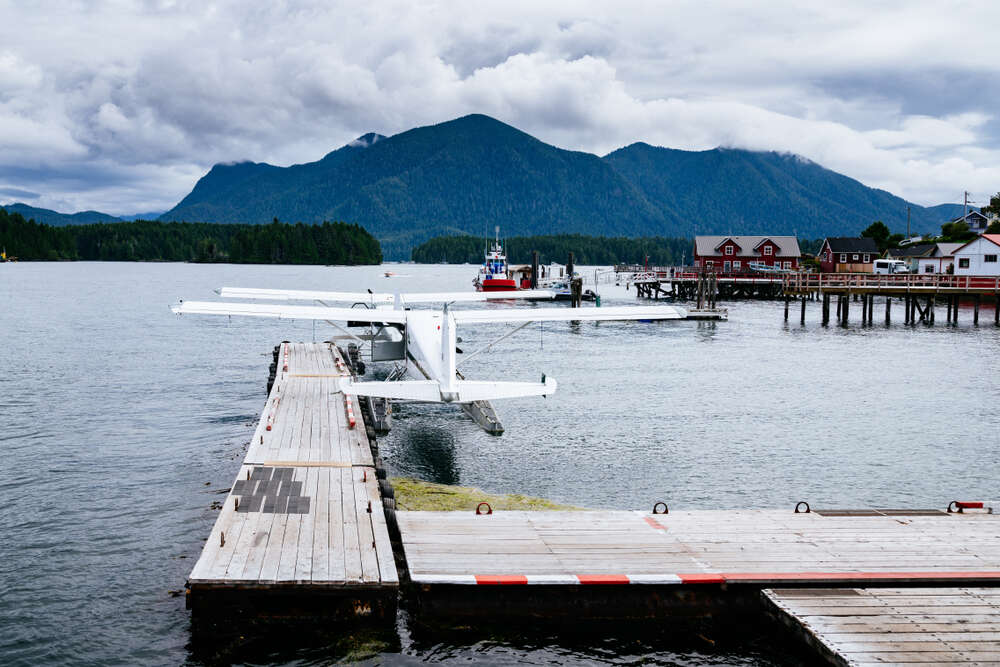 Taxi in Vancouver is expensive. This is because all cars and drivers must be certified and officially employed in a licensed fleet. Tourists, who are accustomed to using online passenger transportation services like Uber and Lift, were surprised with the inability to call a car in the usual way until January 2020. So far, not all cities in British Columbia have licensed car sharing services, so check in advance what service is available on your trip.

Gastronomic experience: what to try in Vancouver

Due to the fact that Canada maintains a high standard of living, residents of the province can afford quality food. In this city of immigrants, you can enjoy exploring the most diverse cuisines of the world. A special pride of the province is the local beer. Bartenders offer sample beer very often, so that the guest can feel more comfortable and make the right choice, decorating the dinner with a hoppy drink. Beer tasting kits are also in demand. 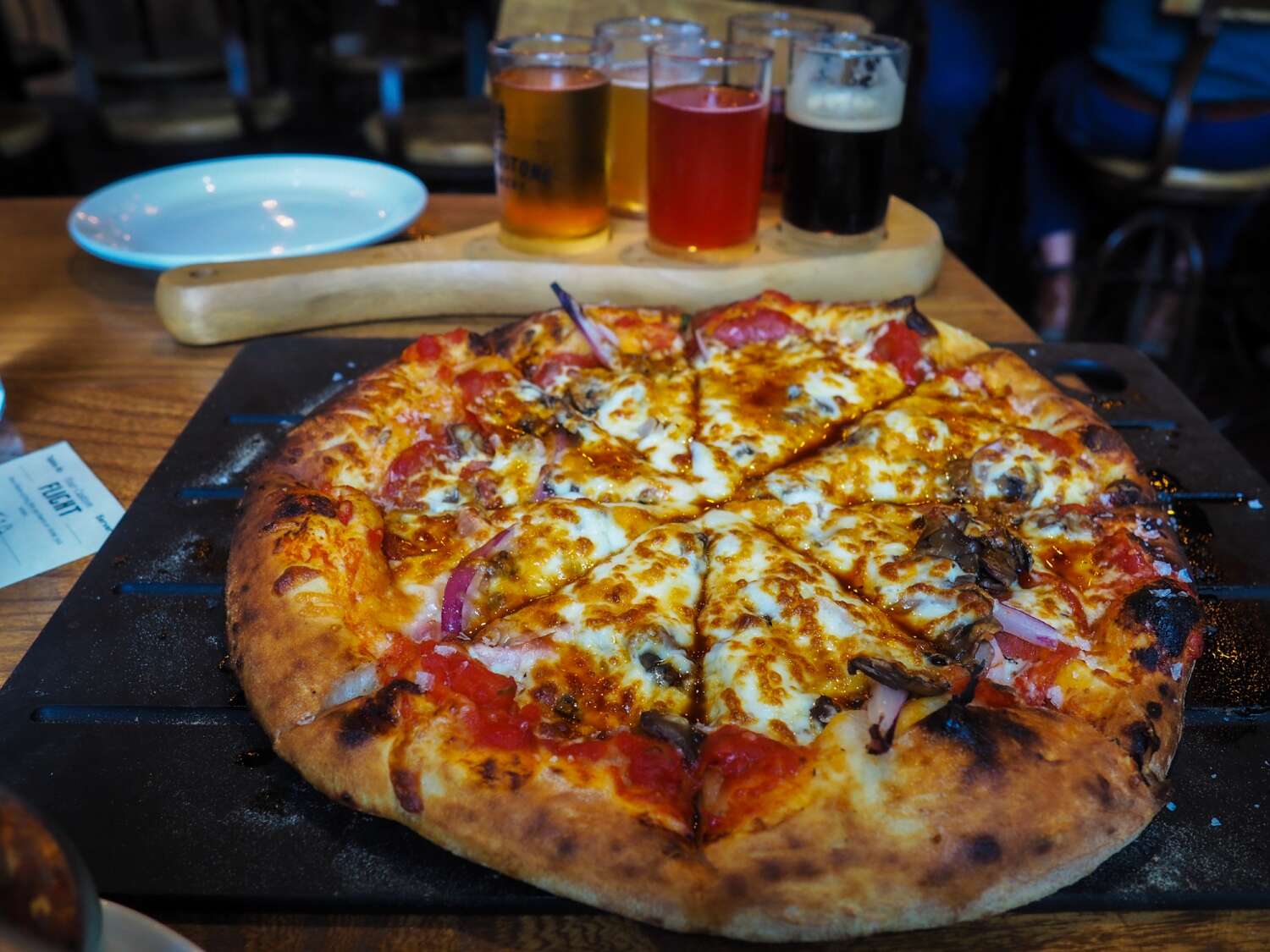 A very popular dish of Canadian traditional cuisine is called "poutine" (emphasis on the second syllable!). This satisfying second course was invented in the French-speaking province of Quebec and cannot be considered traditional Canadian, but it has been popular in all provinces and even abroad for 20 years. French fries, cheese and most importantly, delicious sauce - these are the components of this quick dish. In order ro make it more nutritious, they add meat. 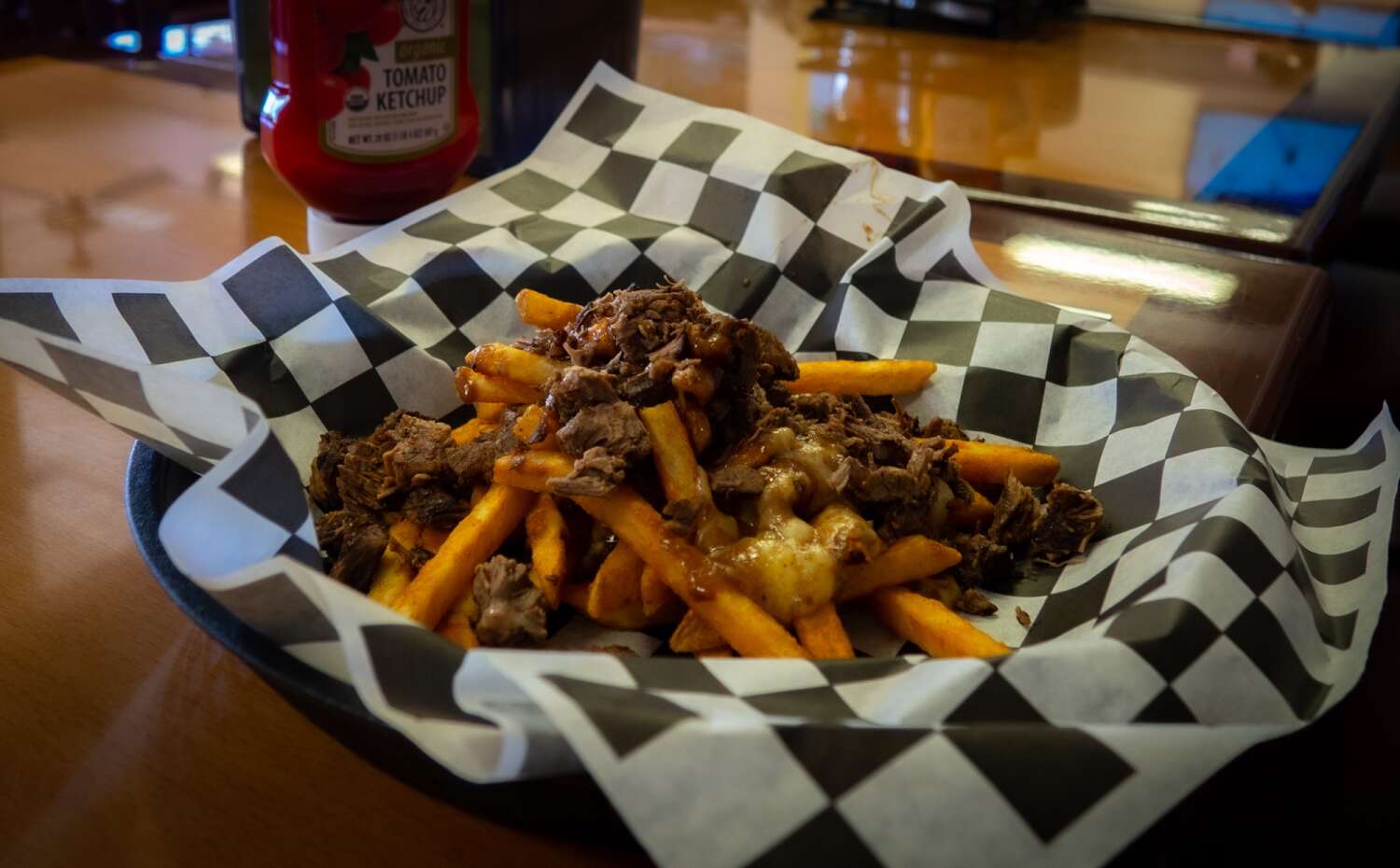 Canadian whiskey and maple syrup can be recommended as popular tasty souvenirs.

Art lovers will be interested in visiting the largest gallery in Western Canada: Vancouver Art Gallery.

The collection of the gallery contains about 10 thousand paintings, sculptures, photographs, prints, drawings and works of contemporary Canadian art. 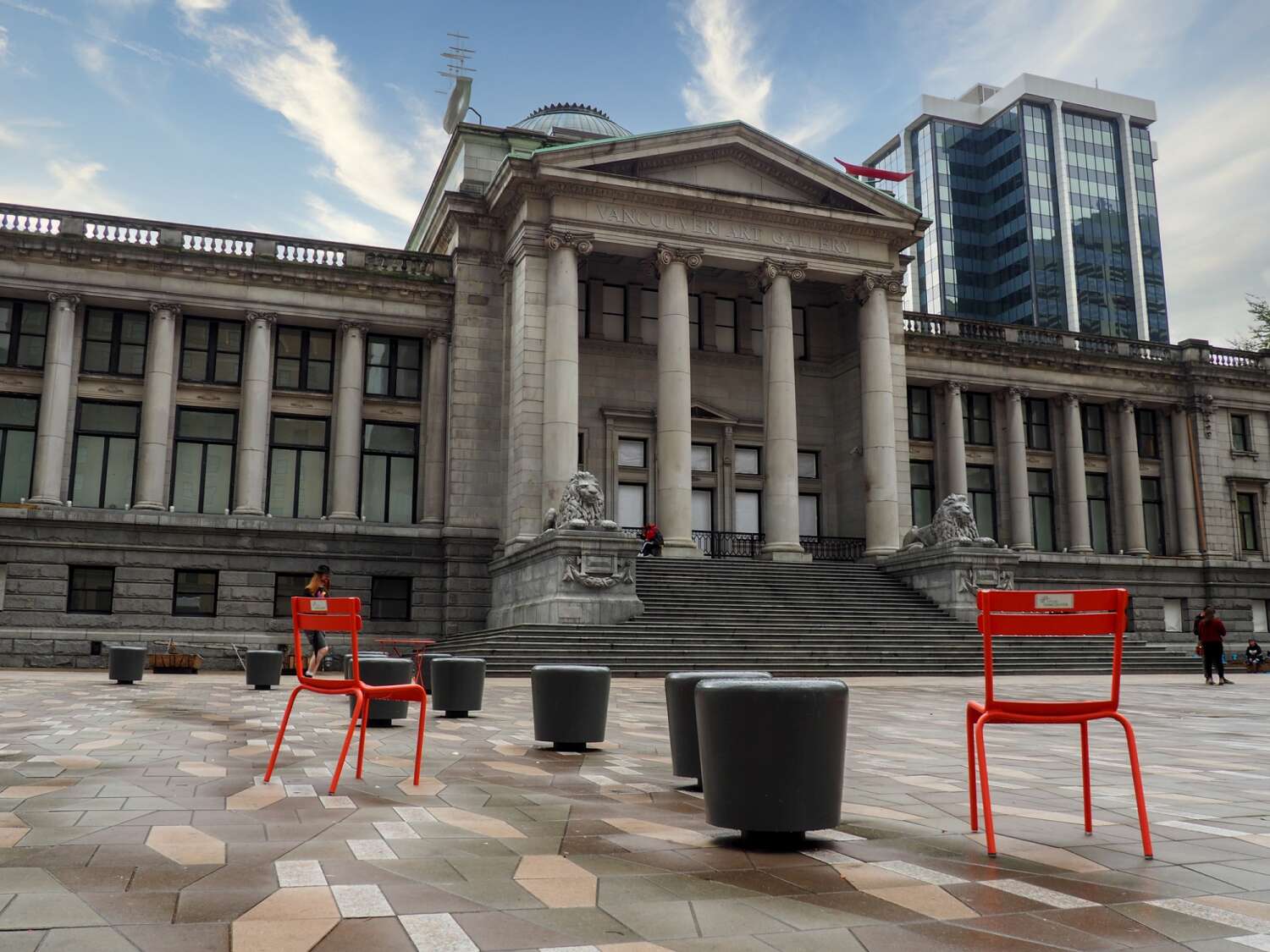 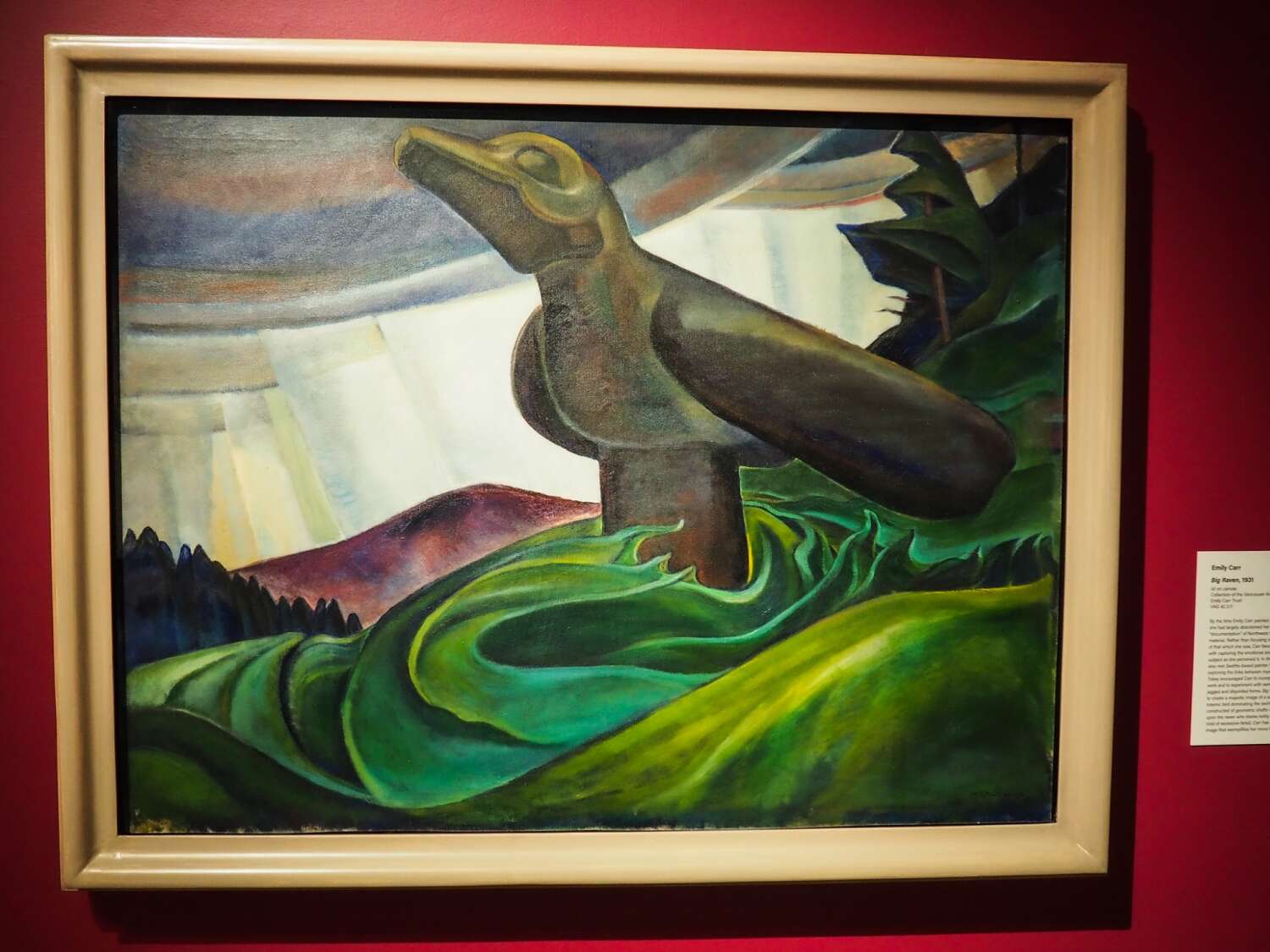 Her unique art style is easy to remember, and you will often see her works in gift shops. If you think that the store at the museum is boring, then the large store at the Vancouver Gallery will pleasantly surprise you with the variety and quality of goods. Clothing, designer jewelry, reproductions albums, books on the history of art - here you can choose an elegant or funny gift for every taste. 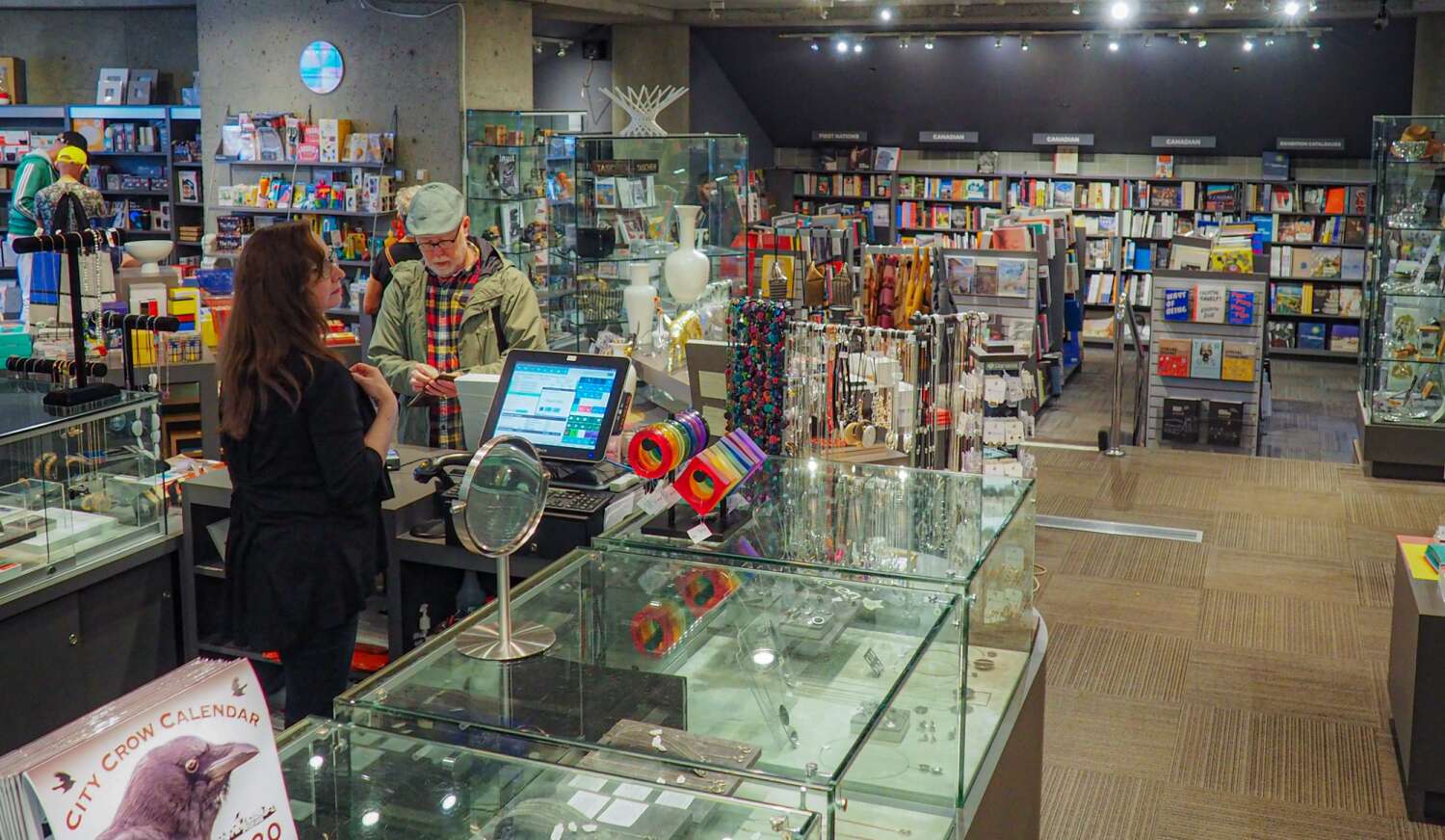 After the first hours of acquaintance, Vancouver fascinates with its friendly atmosphere and a harmonious combination of the comfort of city life and proximity to nature. The experienced Travellizy Team will always help to organize an excellent vacation for those who want to get acquainted personally with the features of this cultural and economic center of British Columbia!