24 Hours in Rome: Must-See in the Eternal City in One Day

Tourists, who decide to see Rome on their own, begin their standard tour of sightseeing near the Colosseum - that's what is written in every guidebook and advised in tourist centers, and most of the excursions begin here. Getting into the Colosseum without being stuck in a queue is difficult, but real, if you come here in the afternoon.

Travellizy Online Platform Team will tell you what to see and where to go in Rome on your own in one day in order to enjoy the atmosphere of the Eternal City to the maximum. 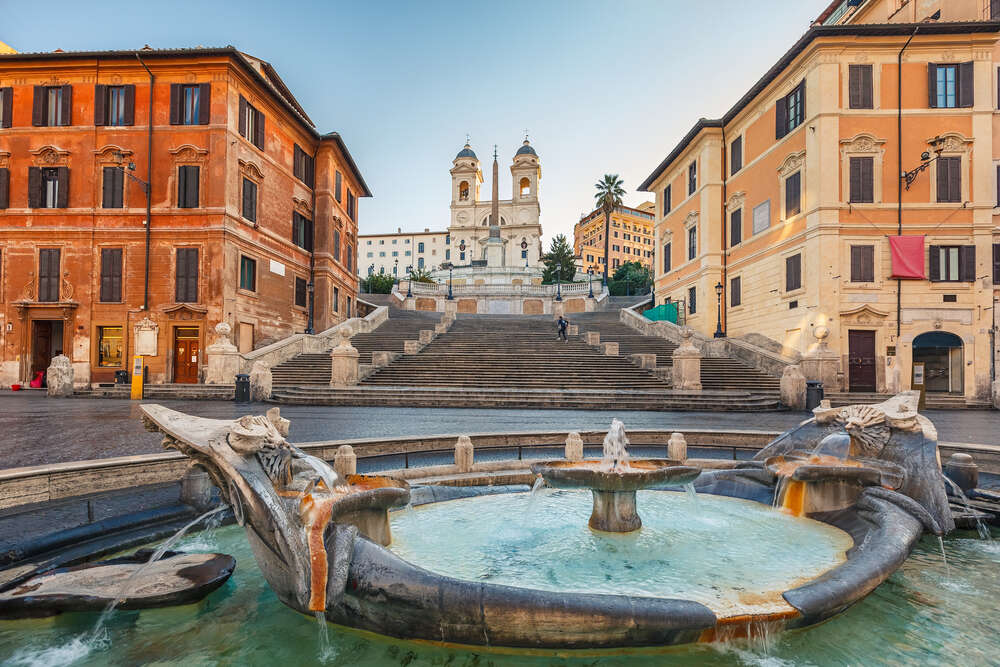 Let's start a walk around Rome from the Piazza di Spagna. Take the metro to Spagna Metro Station and exit right outside the Spanish Steps and Trinita dei Monti Church. From the observation deck near the temple, there is a stunning view of the square and the Fontana della Barcaccia, which is also called the "Boat" because of its shape. 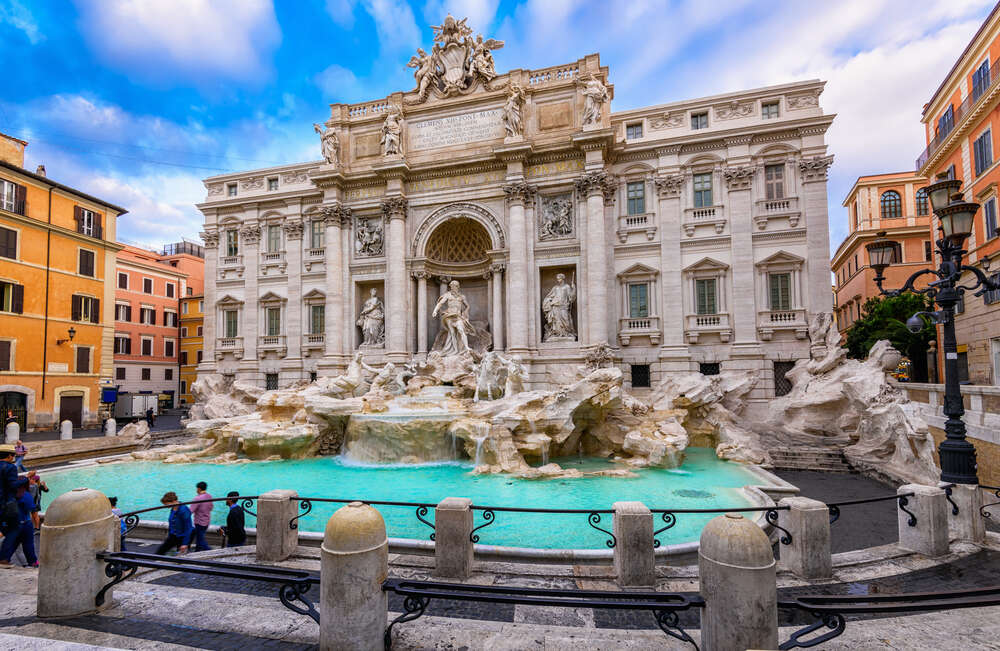 The next attraction is the Trevi Fountain, where you definitely need to throw coins. This tradition became popular after the release of the 1954 film “Three Coins in the Fountain”, so it is believed that throwing one coin means coming back to Rome again, two coins - for love, three coins - for the wedding. According to another version, four coins are thrown by those, who dream of wealth, and those, who dream  of separation throw five coins (apparently, it's for those who after two coins found their love, but then changed their mind). This tradition brings the city almost € 1.5 million profit a year. The best time to visit the Trevi Fountain without tourists is early morning, but if you don’t have time, you can admire this masterpiece from the balcony in the Garden Roof Trevi (only 4 tables offer such a view). 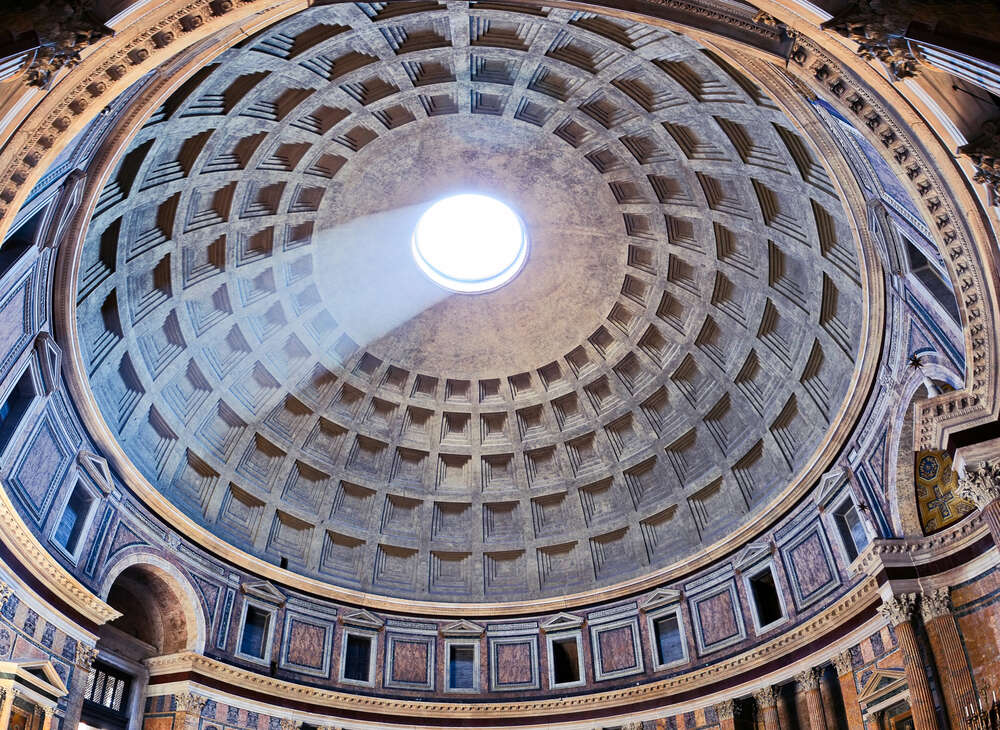 Then we are going to the Pantheon, and on the way we have to enter the Church of St. Ignatius of Loyola. The peculiarity of the temple in the dome, in fact - there is none. There was not enough money for construction, and the artist decided to create his illusion using the laws of perspective, which visually create a 3D effect. To clearly see the illusion of the dome, you need to highlight the ceiling, throwing € 1. 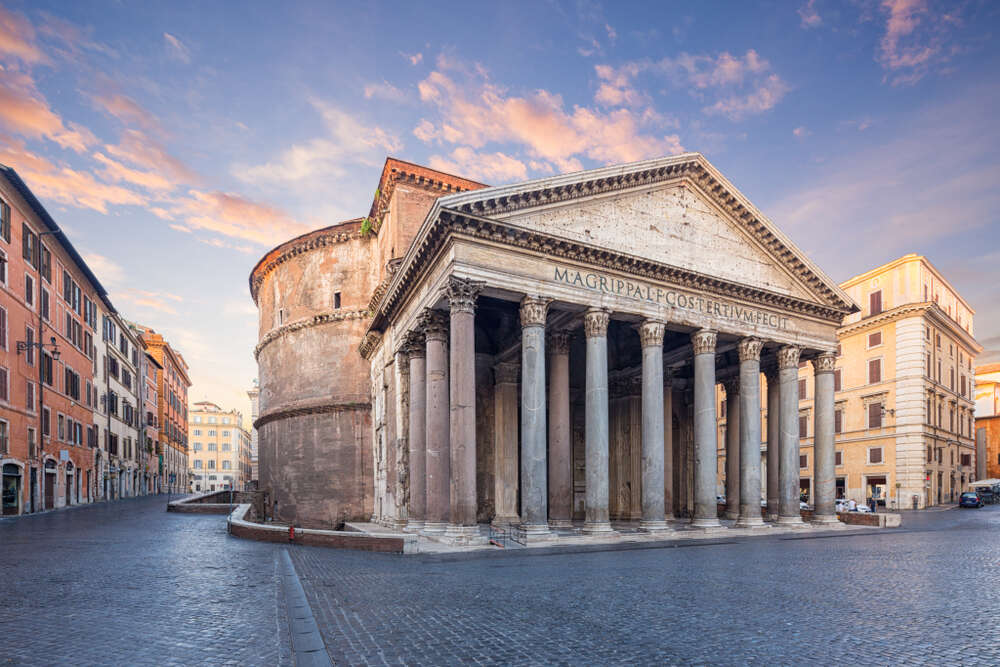 Not a single tour around Rome is complete without a visit to the Pantheon (formerly the "Temple of All Gods"). It became the first pagan temple, which was re-consecrated into Catholic one. An impressive dome with a hole, through which light and air enter, weighs as much as 5 tons. You can feel special sensations, when you are there during the rain - the droplets are dispersed in the air and create an incredible sight. Entrance to the Pantheon, as to other Roman temples, is free. 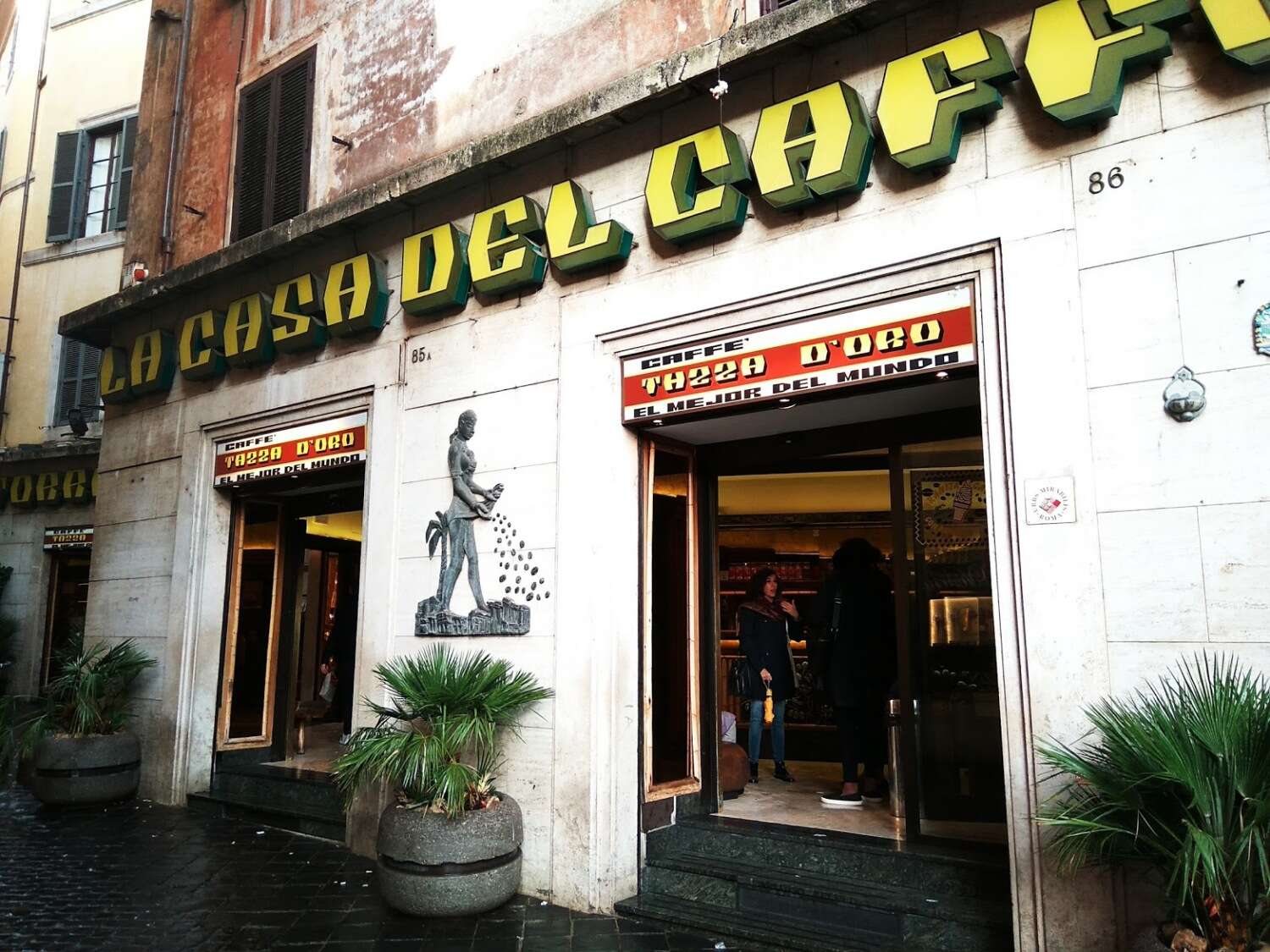 By this time, you will want to relax and have a cup of Italian coffee, just next to the Pantheon, there is one of Rome’s best bars, Caffè Tazza d’Oro. Espresso and cappuccino will cost only € 2 - it’s very affordable for the city center. 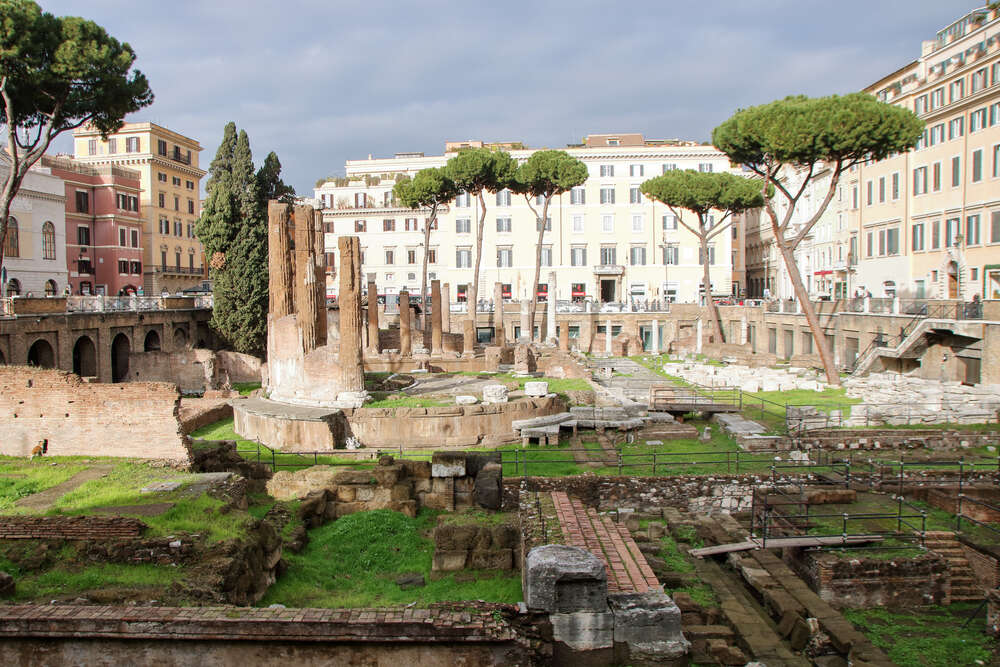 It's time to finally see the real Roman ruins and start from the Largo di Torre Argentina. This place is impressive by its archaeological excavations and homeless cats, for which this place is a shelter and they can freely walk there.

Next, we are heading to the Vittoriano - a huge white monument in honor of Victor Emmanuel II, the first king of the united Italy, climbing the steps and enjoying the view of the Venice Square. 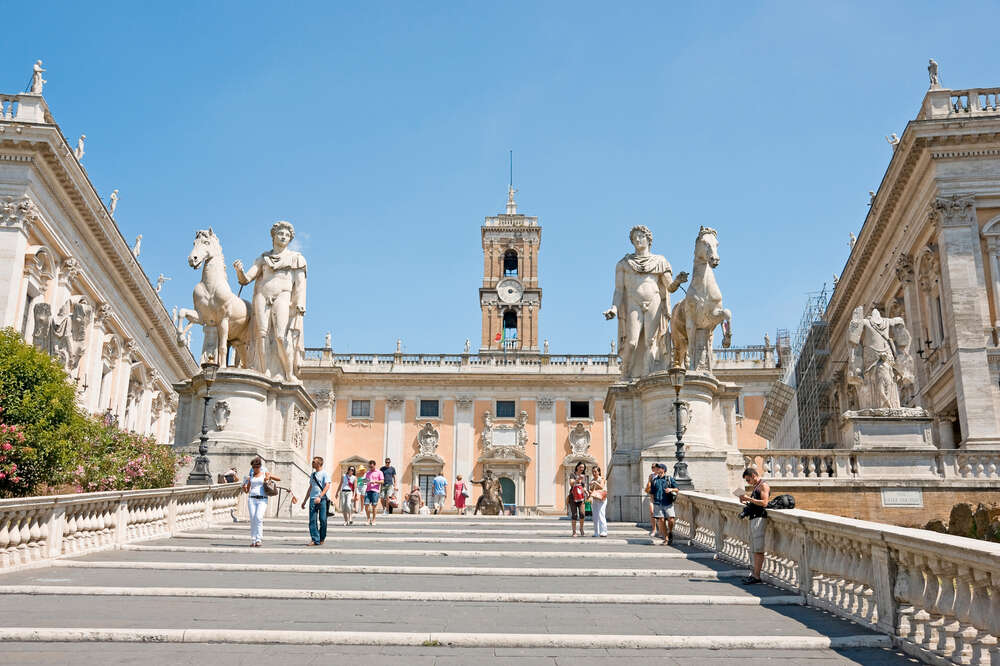 We are going around the Vittoriano from the left side, climbing the Capitoline Hill and getting to the Piazza del Campidoglio, which was built by the famous Michelangelo. The Equestrian Statue of Marcus Aurelius is located in the middle of the square, and there is an observation deck overlooking the Roman Forum behind it. 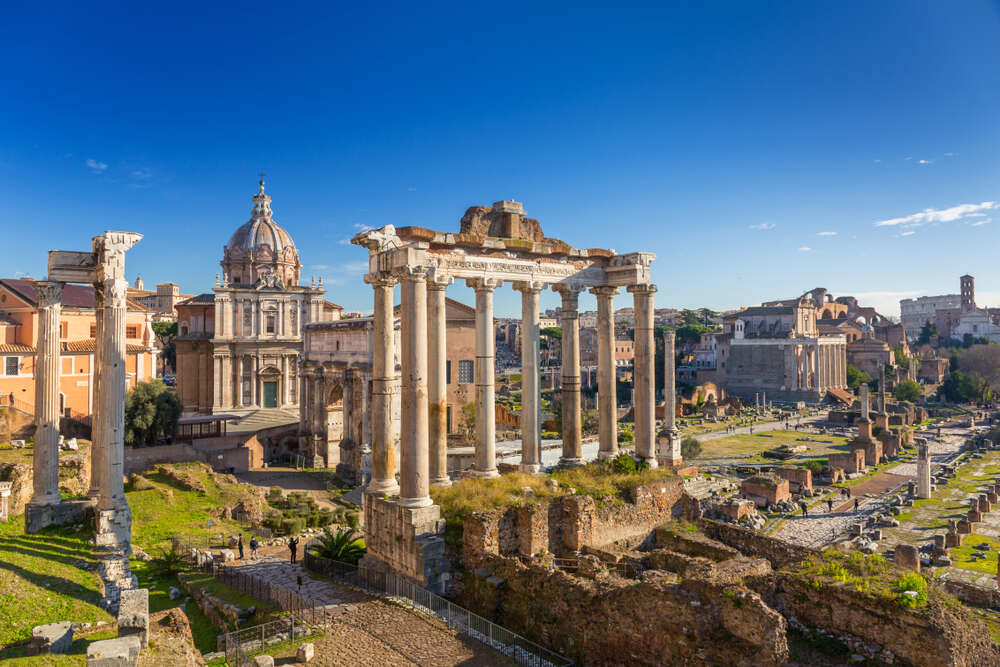 We are returning to the Venice Square (Piazza Venezia) and find Via dei Fori Imperiali, which leads directly to the Coliseum. On the right side is the same Roman Forum, and on the left side - the Forum of Trajan. 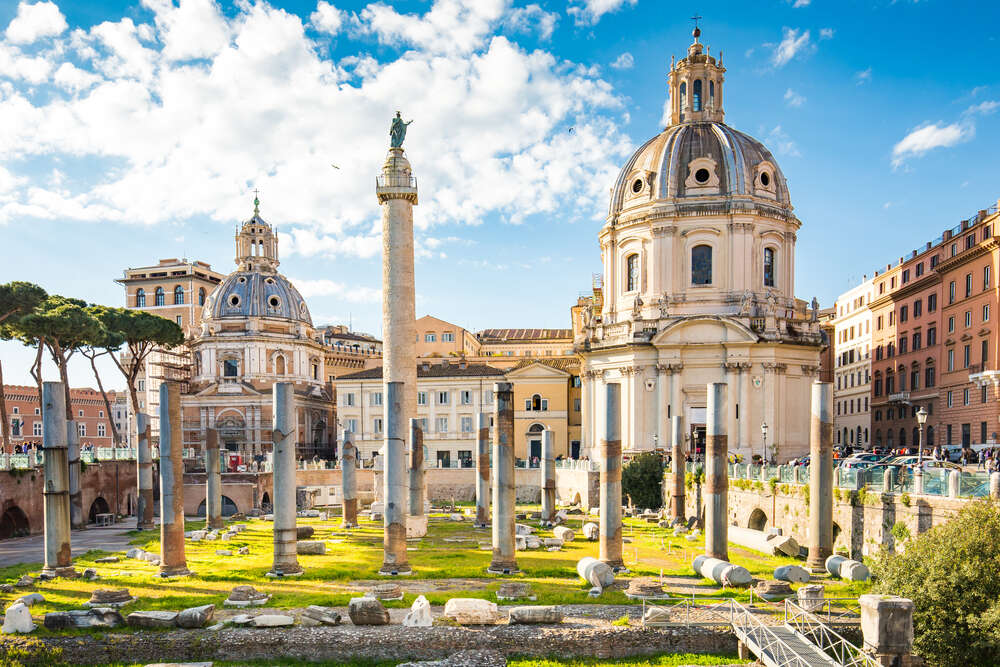 For lunch, we are going to the Monti area. On our way to the Colosseum, we are turning onto Via Cavour and find the parallel street - Via della Madonna dei Monti - there are a lot of Italian restaurants, not tourist eateries. 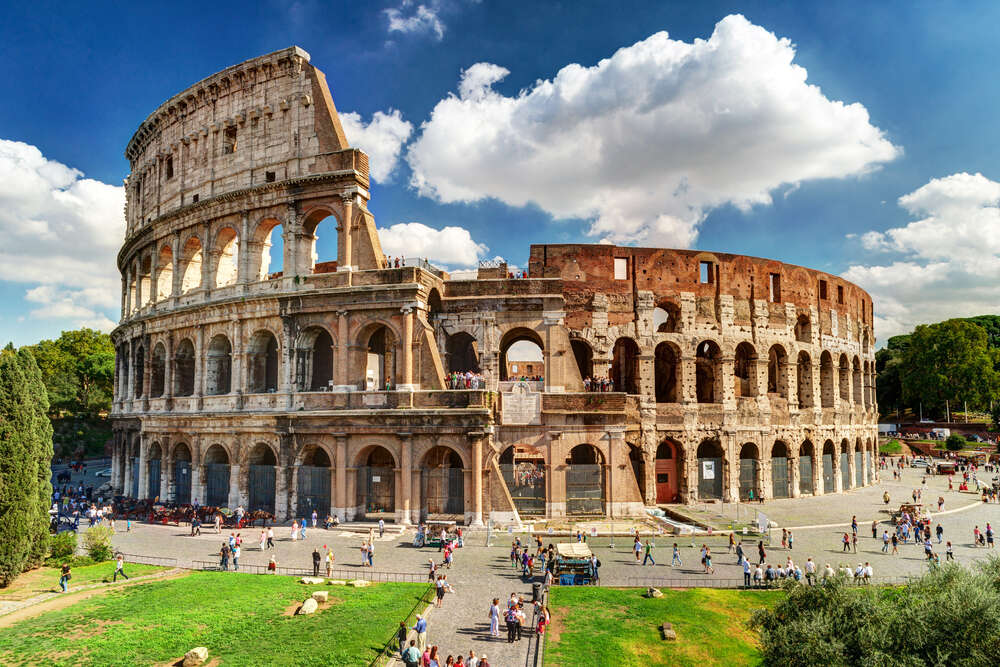 Now it's time to see the main attraction and most instagrammed place in Rome - the Colosseum. The ticket costs € 12, it is valid for two days and includes a visit to the Palatine Hill and the Roman Forum. You can try to jump a huge queue, if you buy a ticket to the Colosseum in advance via the Internet with a surcharge of € 2 for online reservation, as well as at the box office near the Palatine Hill or the Roman Forum, where there are usually fewer people.

The Palatine Hill is the most important of the Seven Hills of Rome, since according to legend, it was on this hill that ancient Rome originated. 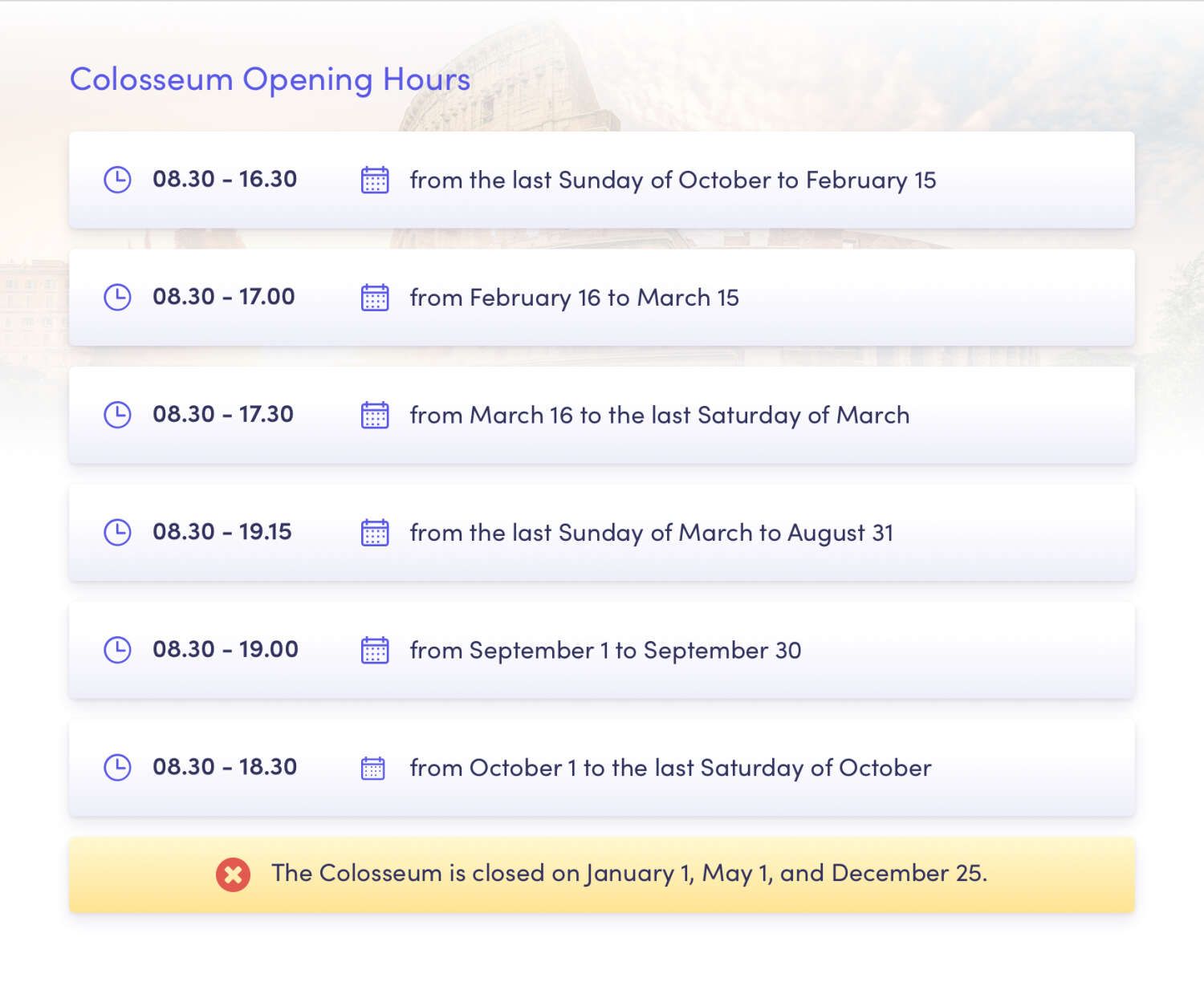 When planning your Roman holiday, remember, that every first Sunday of the month, state museums are free to visit, and on this day, you can visit the main museums of Rome and go to the Colosseum for free.