In December it is cold: snowfalls, humid winds and hail showers. There are severe frosts in the north.

Downtime in Finland in December

High season begins in the later December. There are many tourists in the ski resorts. Prices for celebrating Christmas in the country are high.

Stores, cafes, banks and souvenir shops are closed on December 24-26.

Within the program: a meeting with Joulupukki, Finnish Santa Claus, riding a pony or sleigh, Christmas musical performances.

Within the program: New Year's fairy tale, a show of magical umbrellas, confetti, a show of soap bubbles, a show of giant balloons, performances of a circus school, New Year's photo zone 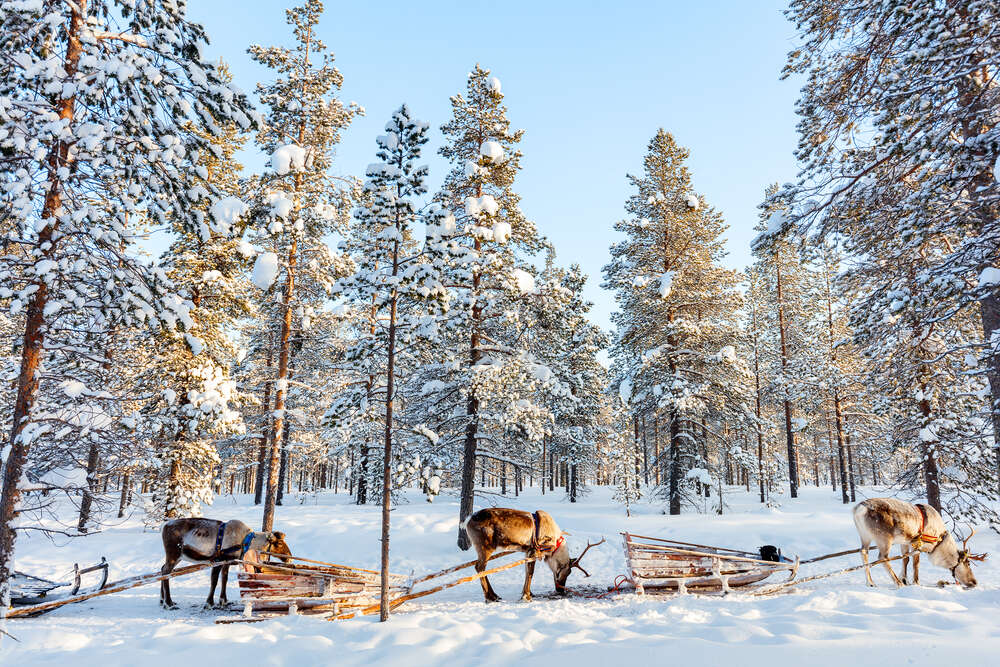 In December tourists take part in rally rides on snowmobiles, dog and deer races, competitions in Finnish sledges and ice skating. Celebrate Christmas and New Year in the company of Santa Claus and his faithful deer-helpers. Go on hunting the Northern Lights. As a relaxation part go to spa centers, water parks, saunas, solariums and sport centers.

In December Finland clothes should be warm and windproof: a winter jacket with a hood and a high warm collar, warm winter pants, thermal underwear, high winter boots, a hat and a scarf.

If it is -20°С better put on extra layer of fleece or wool.

December is mulled wine and cinnamon at Christmas fairs, bright Christmas trees and toy deer, Finnish sleighs and dog sleds, a sauna and cozy evenings by the fireplace. Buy tickets to Finland in a good time!