December weather is good: mainly clear and snowing, with occasional rains. It is frosty and sunny in the mountains. Cool and snowy days are in the western part of the country. Happen rare thaws.

Downtime in Georgia in December

Low season goes on in the December cities. The beginning of skiing and snow blanketed in the mountains. There are few tourists. The prices are reasonable. 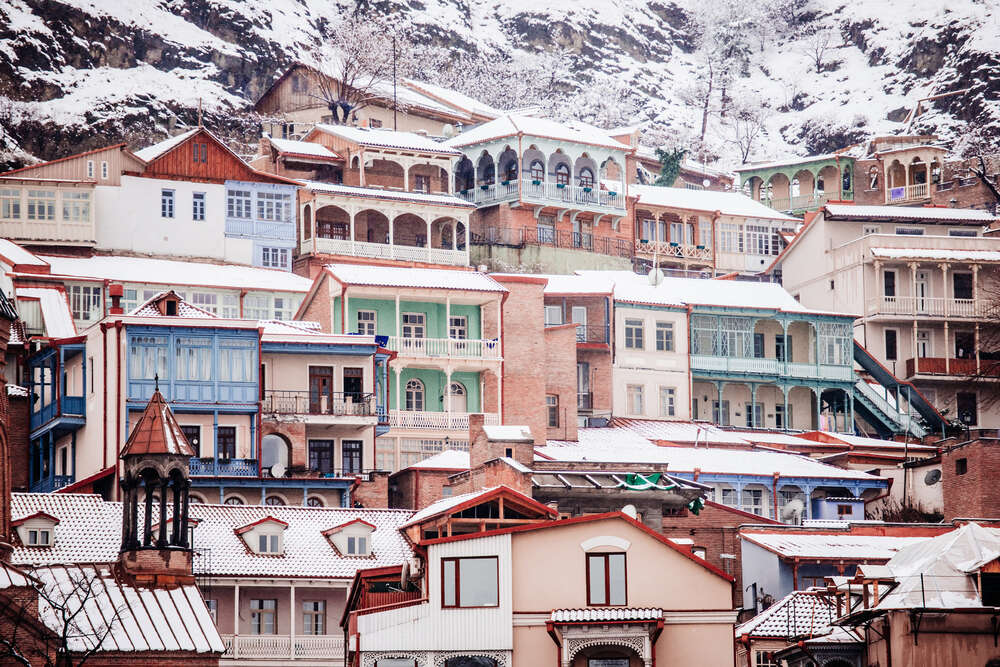 In December, tourists with great relish head to the slopes and admire the surroundings of Gudauri and Bakuriani ski resorts. They join the Georgian dance workshops and rent national dress for vivid photo shoots. Some set forth to explore the Tbilisi and Sighnaghi Old cities. Local guides entertain by the stories and show places which are known only by the locals. Guests of the cities rush to the cafes and restaurants to enjoy traditional cuisine after interesting tours.

To December Georgia clothes should be warm and windproof: a jacket with a hood, a sweatshirt, fleece jackets with long sleeves, warm jeans, high waterproof shoes.

To the mountains fetch: thermal underwear, a hat, a scarf, gloves and cargo pants.

Grab some rubber shower slippers with you, no matter what kind of accommodation you rent.

Buy tickets to Georgia to relax the mind, to listen to good music, to eat tasty food and to dance Lezginka!