January weather is mild and snowy, no sharp temperature fluctuations. Most of the month is sunny, but there are cloudy days and freezing nights.

Downtime in Georgia in January

Early January recalls the high season in the cities, but a lull time sets in by the end of the month. Prices are fair, except for the New Year and Christmas time. The peak time of ski season and high prices for fun time in the mountains.

• New Year is on January 1st. Festivities on the main squares of the cities: lively dances, songs and fireworks. Free admission.

New Year's nights are organized at the ski resorts restaurants. Price starts at ~€ 50 per person

• Christmas is on January 6-7. The Alilo religious procession runs in Tbilisi city, on January 7, at 2 pm.

During the procession, people donate gifts which later are distributed to the needy.

As part of the festival: ice sculptures exhibition made by the masters from different countries. Free admission 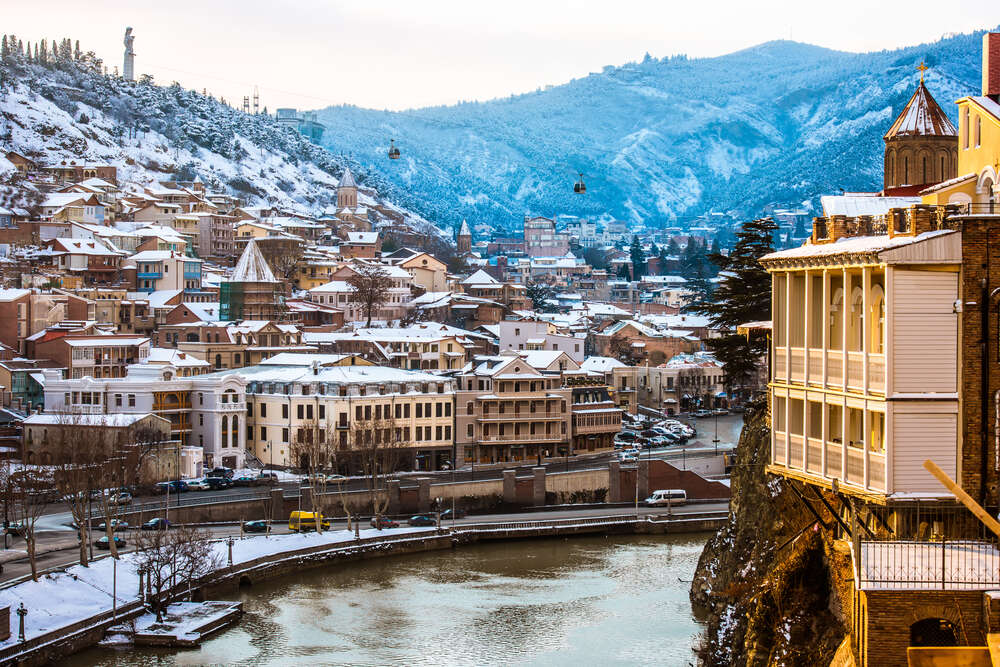 Holiday-makers usually celebrate the New Year in restaurants with a national menu, live music and dancing program. Tourists rush to Georgia for the Christmas holidays, participating in large-scale religious processions in Batumi and Kutaisi cities. Most tourists are in the Hatsvali and Tetnuldi ski resorts, snowboarding and sledding, renting snowmobiles and ATVs. Guests of the country go on gastronomic and wine tours or to the mineral springs in Borjomi town. Big interest is in sightseeing, the most popular are city tours.

To January Georgia, bring with you: a ski jacket, so you don’t have to take two, if you’re in the mountains; leather sneakers with thick soles or steady waterproof shoes, a sweatshirt, warm and track pants, a hat and gloves.

It is warm in thermal underwear in the mountains.

Snow-covered caps of the Caucasus Mountains, ancient temples neighboring to the newest futuristic buildings, waves’ meeting of the Aragvi and Kura rivers, feasts, Georgian many voices singing, khinkali and churchkhela. Buy tickets to Georgia – start your new year from the new heights!