September in Georgia is summer-like warm and sunny, with no enervating heat. Dull days and rare rains remind of autumn. Frequent fogs and cooling-down is in the mountains.

Downtime in Georgia in September

The high season in Georgia lasts until mid-September. The velvet beach season goes on. Great time for sightseeing, active and wellness holidays. Rental prices are dropping by the end of the month. 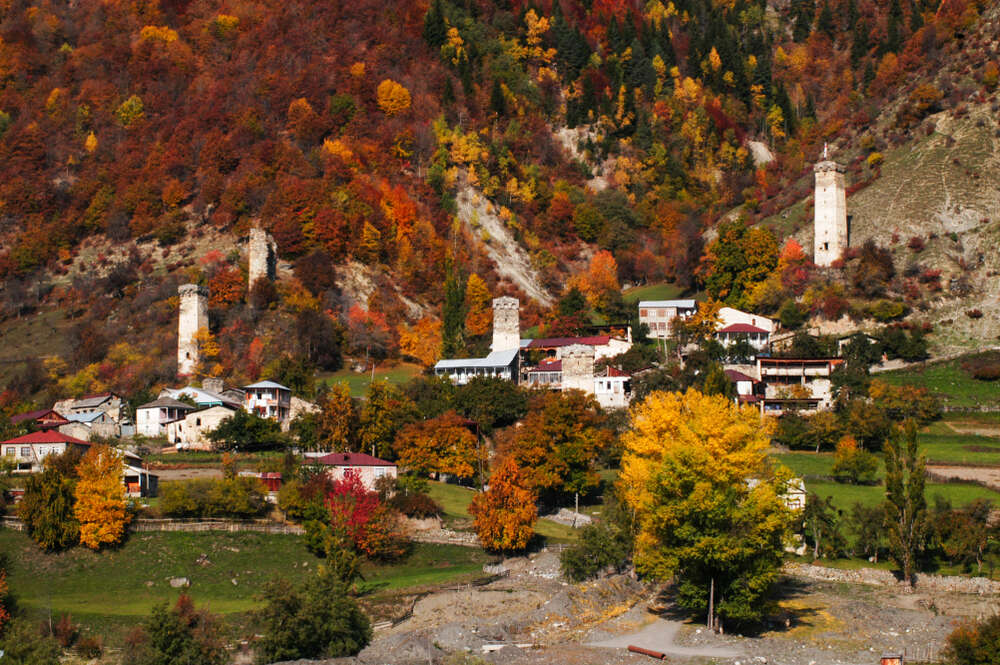 In September, tourists join grape harvesting in the Racha-Lechkhumi region, take part in making of the green wine. Travelers visit popular sulfur baths in the capital. Along with the sightseeing tours go to the Khertvisi fortress and examine the ruins of the ancient city in the Vani town. A lot of travelers prefer agrotourism: living on a farm, tending for animals, and being busy in agricultural works.

To September take: a swimsuit, shorts, T-shirts, a sun cream and sunglasses, mind to fetch a jacket, sneakers and jeans.

In the mountains you need warm clothes: a demi-season jacket, a thin autumn hat, pants and raglans.

Raincoat is more convenient to carry in the mountains; umbrella is better for the cities.

Buy tickets to Georgia in September to get a huge benefits package: no heat, warm sea, less tourists, attractive prices, no mosquitoes and local mature fruits!