10 reasons to spend your vacation in Taiwan

This small island in the Pacific Ocean is known all over the world as an excellent resort, as well as a place with a difficult destiny. The fact is that Taiwan is a partially recognized state that has been trying to defend its independence from China for more than half a century. However, this does not prevent Taiwan from attracting tourists from all over the world. And there will be enough interesting activities on the island for a week's vacation, and for several months.

Acquaintance with Taiwan, as well as with many other countries, begins from Taipei, it's capital. This is a modern metropolis, which means that there are many things to see. Moreover, you can and should look not only around, but also up. 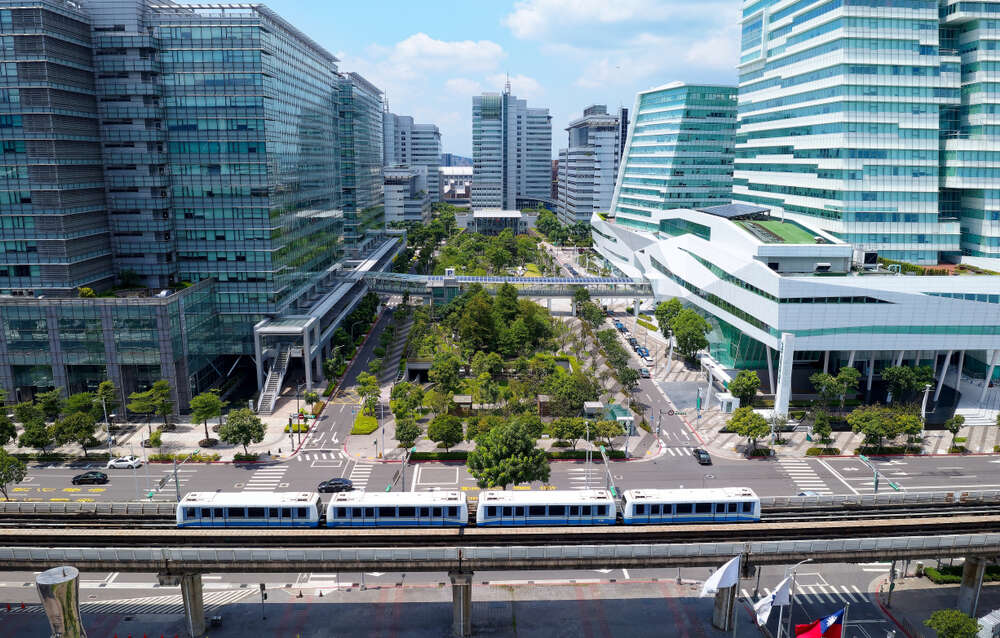 The visiting card of Taipei is the Taipei 101, a 500-meter skyscraper resembling a candle. It is considered to be the world's safest skyscraper, which is especially amazing if you know that it was built in a seismically active zone. And the skyscraper is protected not only from earthquakes. No matter how strong the wind blows over Taiwan, the skyscraper always remains unshakable. 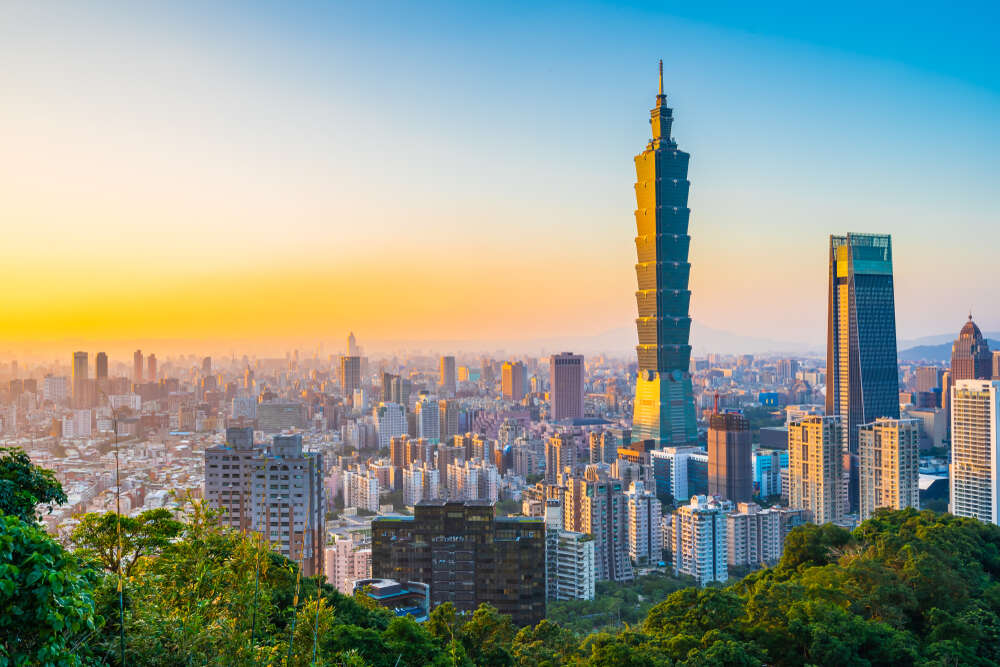 Like any similar building, the Taipei 101 has observation decks on the 89th and 91st floors. Admission to them will cost you € 11.5, and for € 23, you can skip the line to the elevator that rises to heaven. 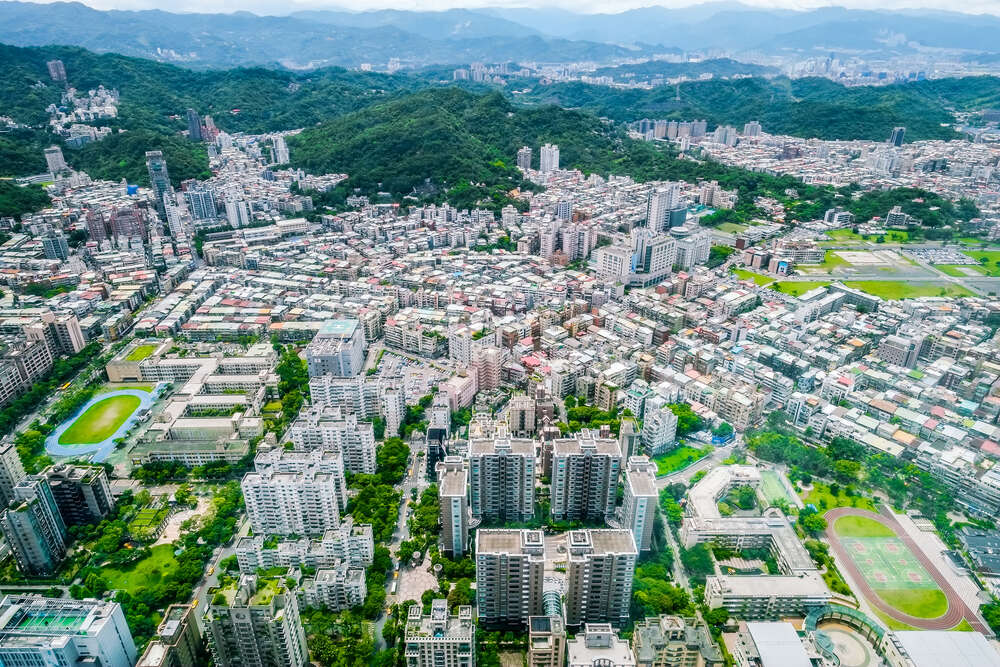 You can get into the spirit of modern Taiwan without climbing to the clouds, just walking along the metropolitan streets. They are wide, clean, there are many parks, cozy cafes, and huge shopping centers in the city. And don't forget to go to the market.

Go to the market

Shilin Night Market is not only about shopping. It is also about the unique Taiwanese flavor and delicious street food.

You can buy everything at the Shilin Market: from a fridge magnet or postcards to household appliances, clothes, and toys. But Taipei guests come here not for this, but the atmosphere. In the bustling crowds between the stalls, you can see not only tourists and locals, but also street actors and musicians, and the boiling seafood soup on the counters will perfectly satisfy your hunger. 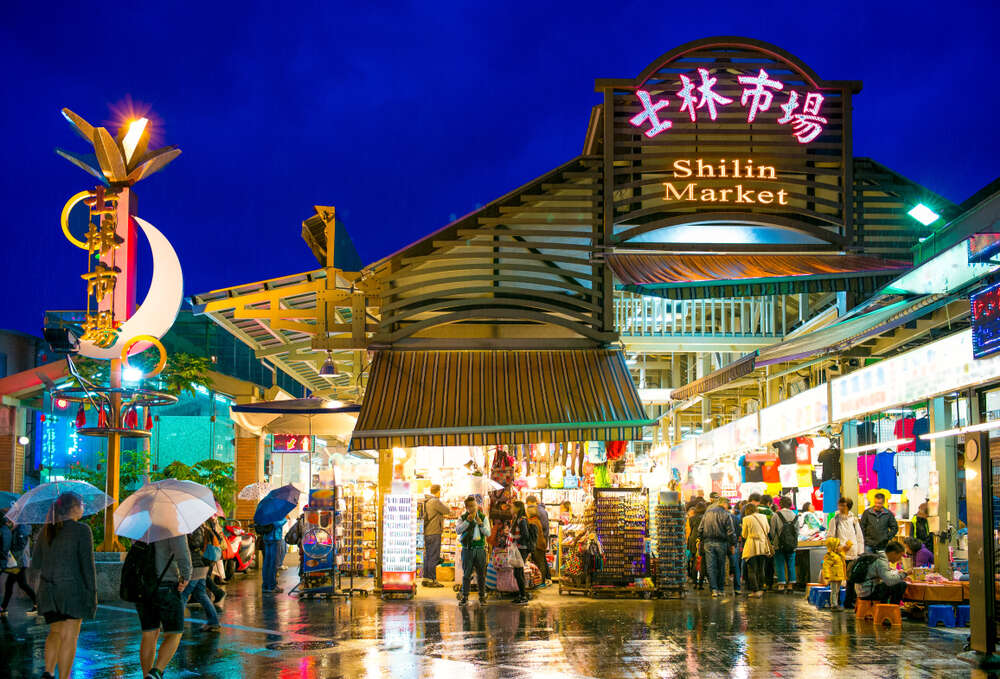 In general, seafood in a variety of forms is a feature of Taiwanese cuisine, and it is at the Shilin market that you can taste them in the heat at an affordable price. Don't worry, sanitary standards are strictly observed here, so the worst thing that threatens you is to overeat delicious mussel barbecue, fried tofu, and dim sum dumplings. 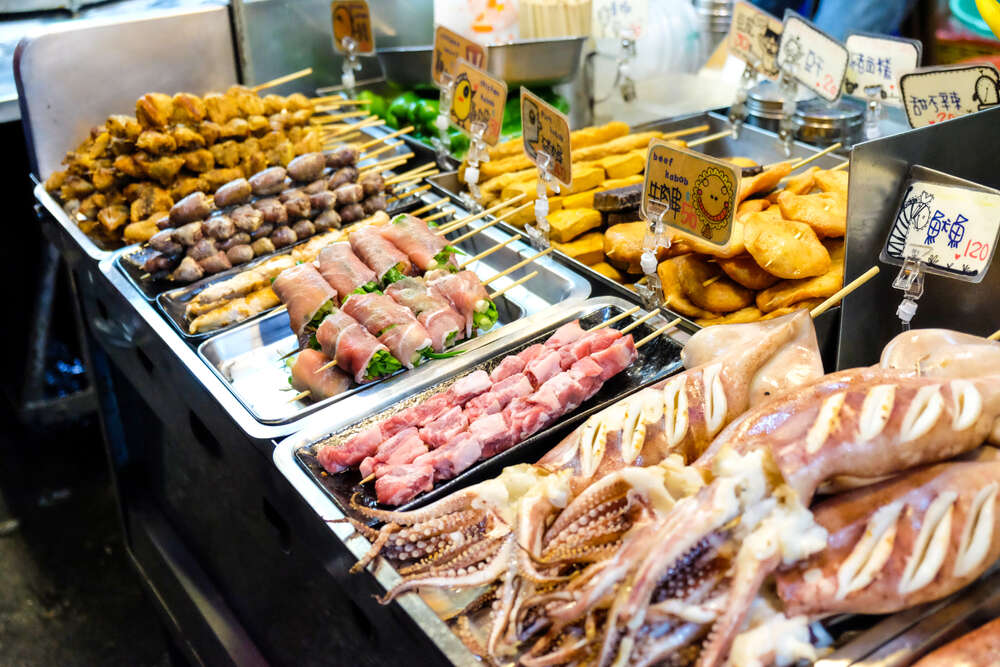 After getting to know modern Taiwan, you can go to the bow to ancient Taiwan.

Get in touch with history

If you are an avid museum philosopher, adore antique jewelry, or have long dreamed of seeing how emperors and kings used to live, then the doors of numerous museums in Taiwan will welcome you. 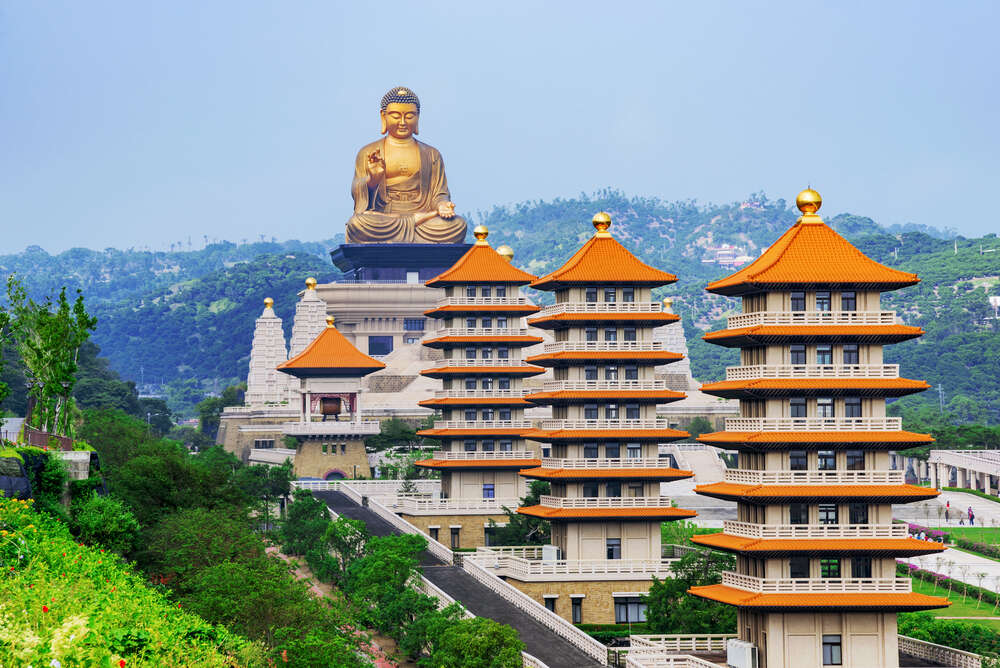 In the National Palace Museum, you can admire the fine painting on porcelain sets, think how much that luxurious necklace costs, or imagine yourself as a nobleman looking over the paintings just delivered. Tired of contemplating the exhibits of the museum, you can take a walk in the shady park around it. 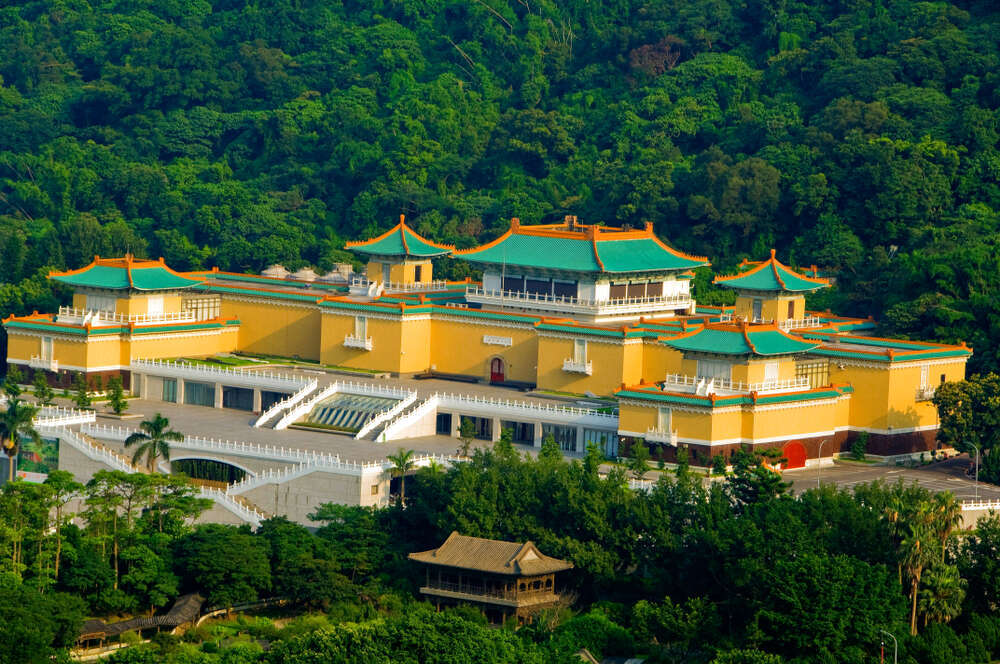 The  National Sun Yat-sen Memorial Hall, which is sometimes called the Father of the Nation, was built not far from the Taipei 101. For those who are not interested in historical figures, it may be boring inside, but there is a very beautiful park around the complex, and the building looks very original from the outside.

The National Chiang Kai-shek Memorial Hall is surprising in its scope, but the most interesting thing in the complex dedicated to the former President of Taiwan is the changing of the guard ceremony. It runs every hour, so you definitely won't miss it. 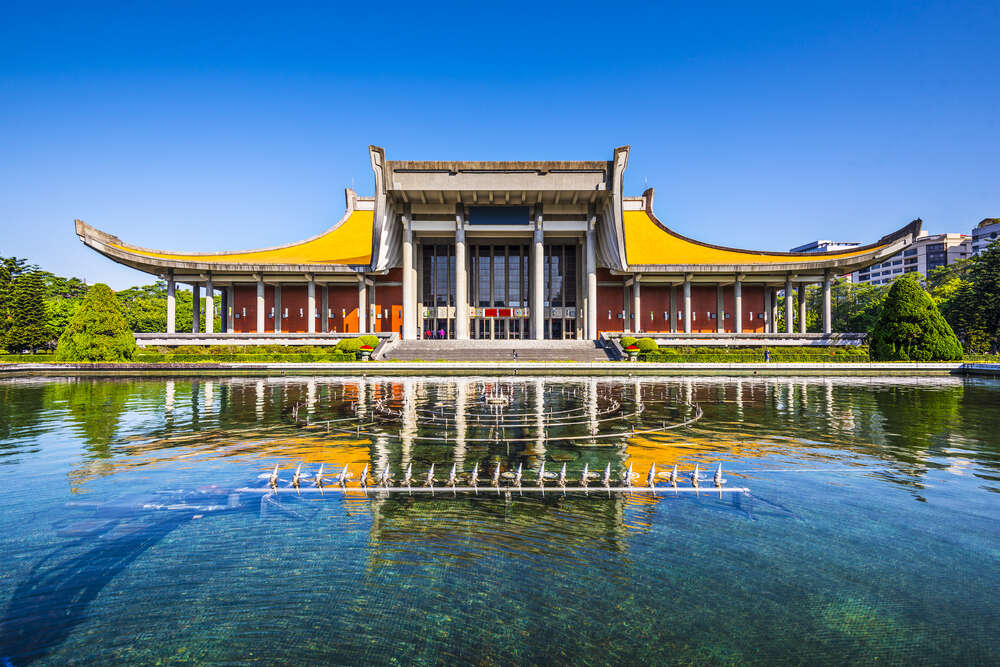 Go back in time

Would you like to see what Taiwan looked like in the 18th century? Then go to Lin An Tai Historical House & Museum. Traditional houses surrounded by lush nature, a small lake, the absence of city noise, all this calms and adjusts to a philosophical mood. 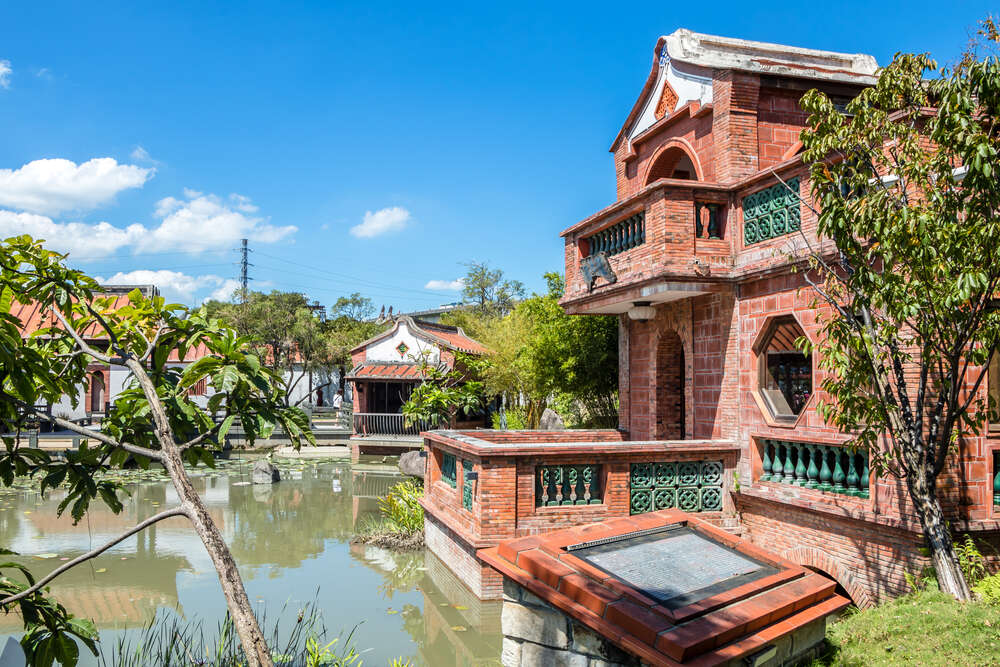 Do you want to travel one more century back? Fort Santo Domingo was built in the 17th century by the Spaniards, later owned by the Dutch, then by the British, and is a historical museum now. 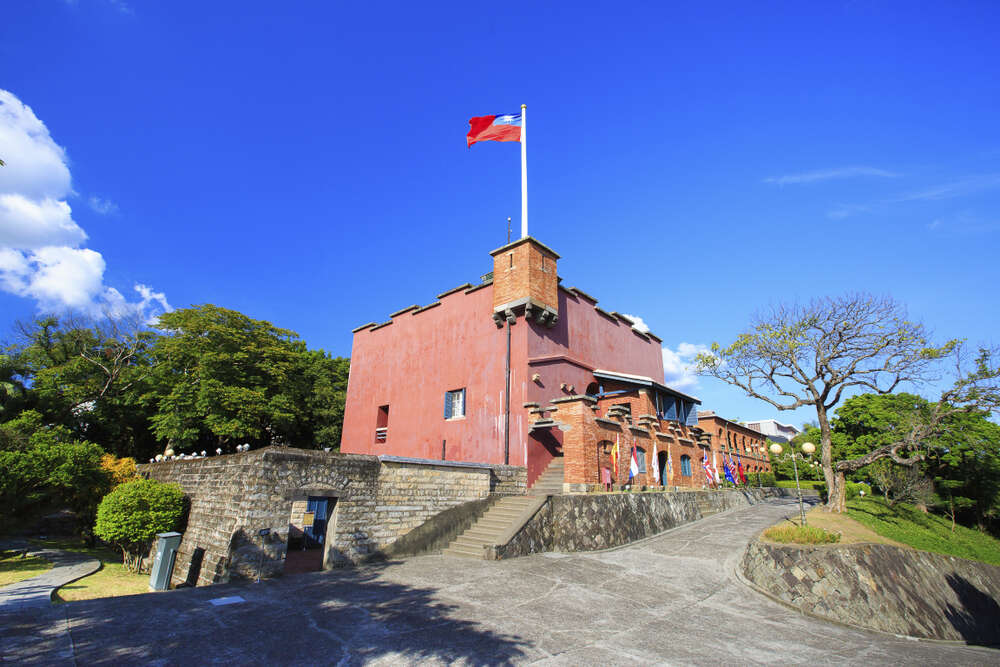 Light incense in the temple

There are a lot of impressive and very colorful temples all over Taiwan. But the most interesting of them are in Kaohsiung City.

The Sacred Hall of Military and Literary Arts is dedicated to two characters - the philosopher Confucius and the god of war Guan Yu. Two yellow pagodas of the Sacred Hall can be seen from afar, two bridges lead to them, each of which passes through a statue of a mythical creature - a tiger and a dragon. The most remarkable exhibit of the temple-museum is a replica of the legendary Jade Emperor's room. 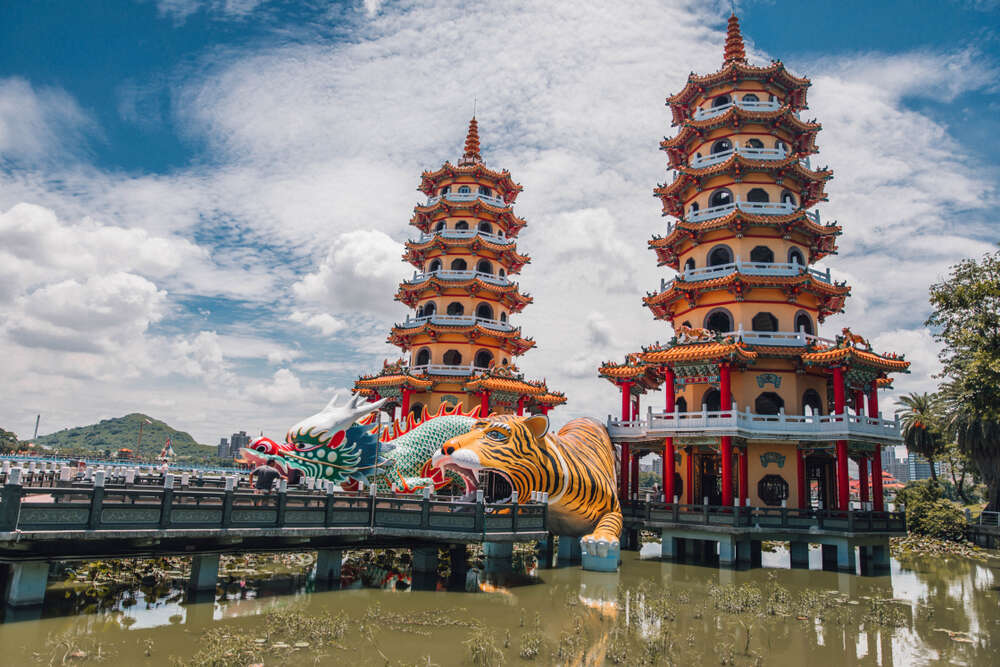 The most visited temple by locals and tourists is the Temple of the Three Phoenixes. There is always a fragrant smoke from the incense, and you can see Taiwanese begging Buddha. You can also call him, for this you need to light a stick (or better a bundle) and put it in a special bowl. The entrance to the temple is free, the main thing is to cover your knees and shoulders and not make noise. 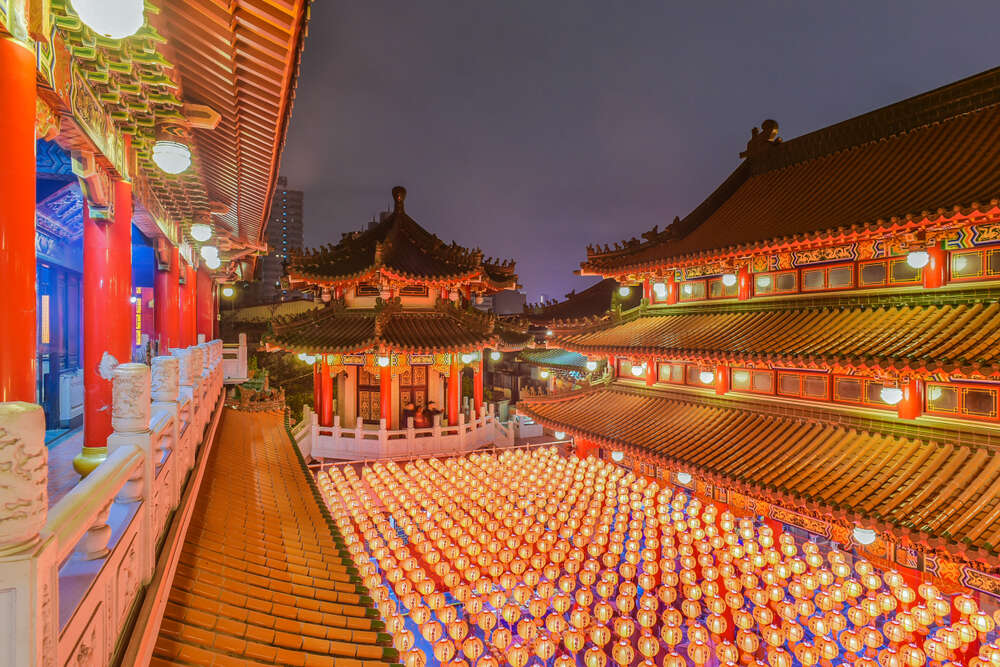 The third interesting temple in Kaohsiung is located on Chengqing Lake, on the outskirts of the city. It is dedicated to the god of medicine and looks like a painted toy in the middle of a watery surface. By the way, you can ride on a rented boat on the lake itself. 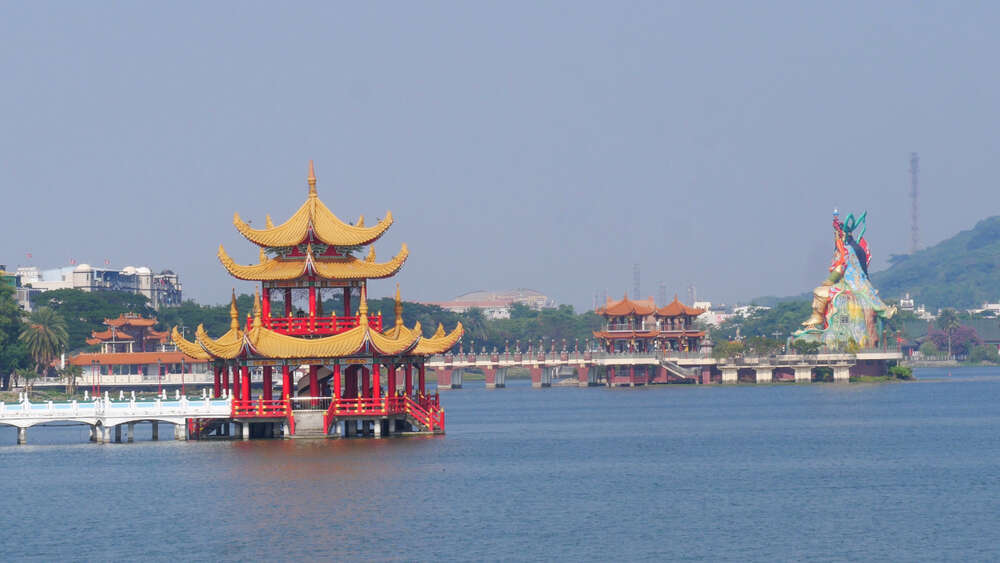 If you do not want to travel far from Taipei, then right in the capital, there is also an interesting temple called Lushan. This is the oldest religious building in the country, which is very interesting to look at surrounded by modern high-rises.

Swim in the Pacific Ocean

Taiwan is washed by four waters at once - the South China Sea, the East China Sea, the Philippine Sea, and the Pacific Ocean. Therefore, the beaches on the island are completely different. 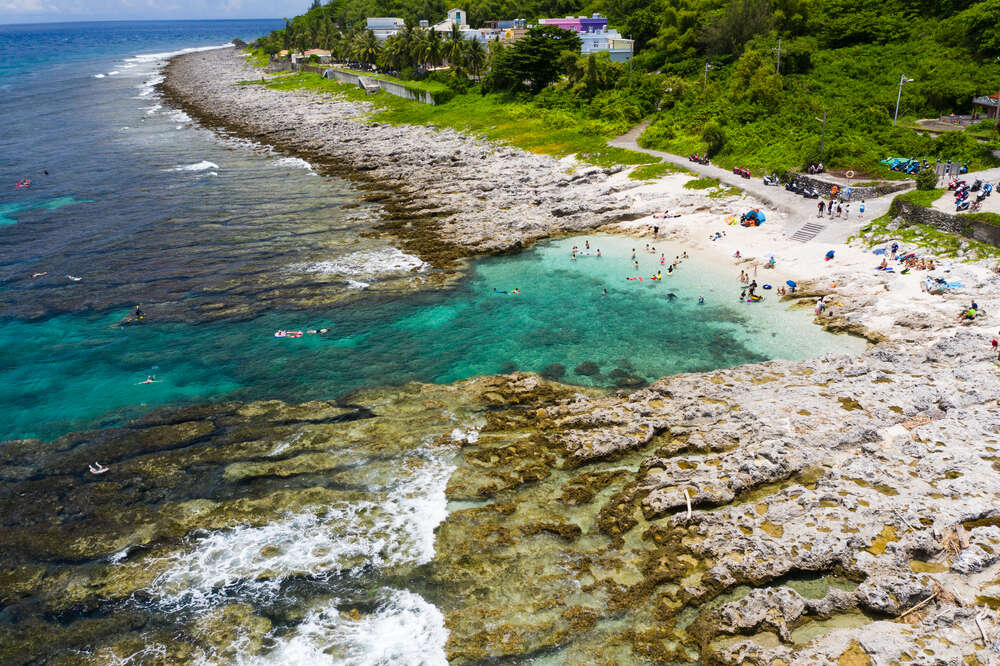 In order to breathe in the salty ocean air and feel the power of the elements, you should take a ride along the east coast of the island. Rent a car and go on an exciting journey, where you can see rocky gorges and tranquil bays, overwater sunset, and small islands in the ocean. There are many hotels, cafes, restaurants, and gas stations on the shore, so you will definitely not suffer from the lack of civilization on such a trip. 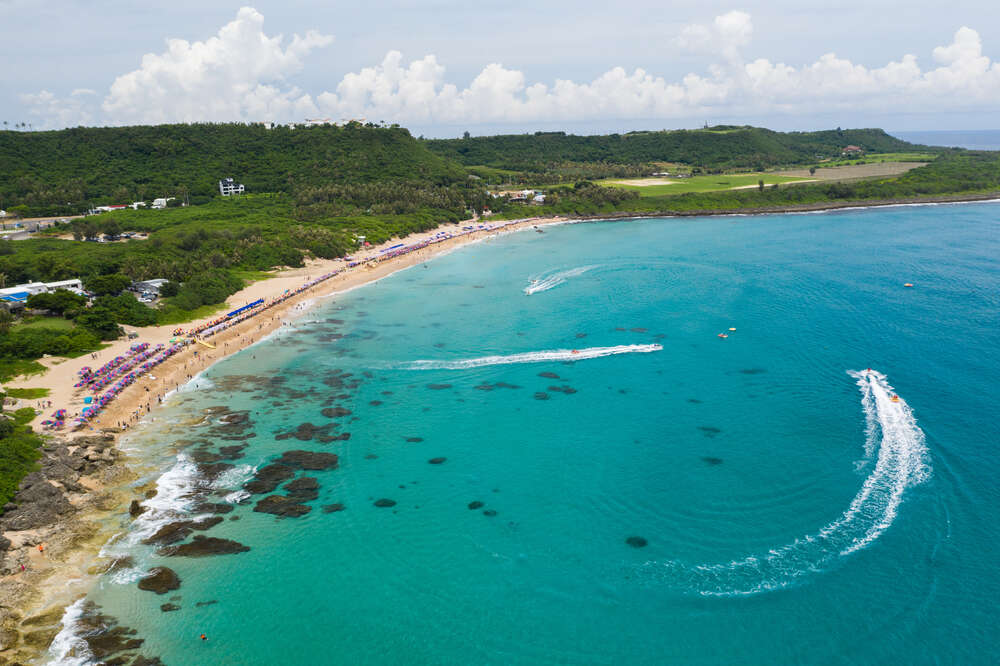 If the eastern coast of Taiwan is a riot of the ocean, then the southern one is a perfect place for swimming. The waves in the south are sea waves, that is, they are much quieter than ocean waves, and the water is amazingly clear. In addition, the tourist infrastructure is excellently developed in the southern part of Taiwan. When resting here, you can easily imagine yourself in Bali or Sri Lanka.

Take a walk in the national parks

Taiwan's natural landscapes mesmerize with beauty and diversity. The island has mountains, fields, and rocky valleys. A relatively small area allows you to see all this variety in one vacation. 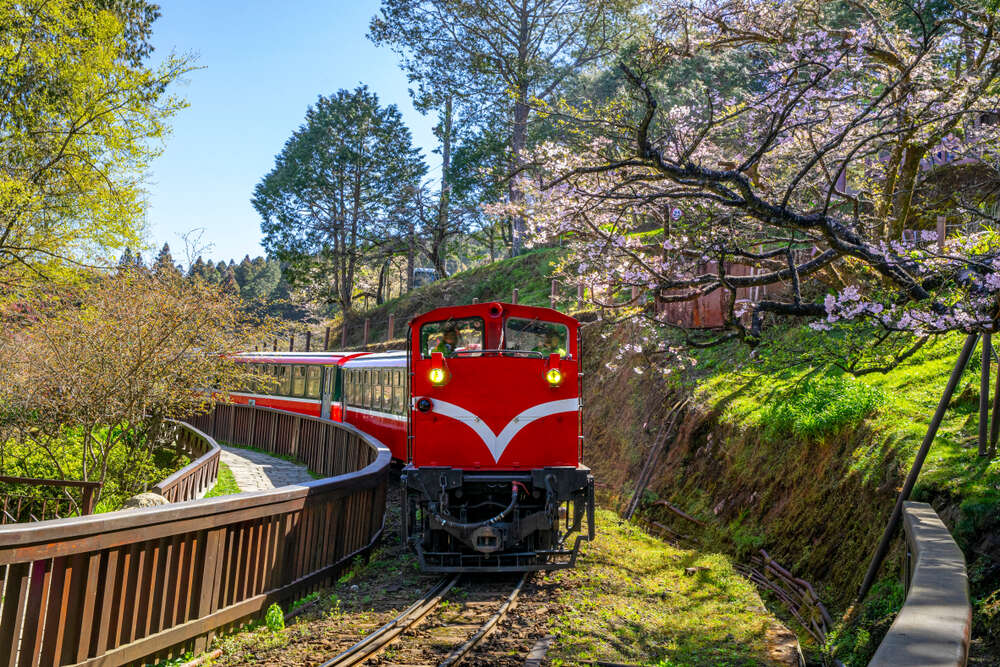 Near Taipei, there is the Yangmingshan National Park, a great place for trekking or just outdoor recreation. The mountains in the park are not high, so this is a great option for fans of simple hikes. The developed tourist infrastructure allows not to carry a tent and a pot, but to stop for rest in comfortable hotels and dine in a cafe. The views at any point in the national park will be breathtaking. 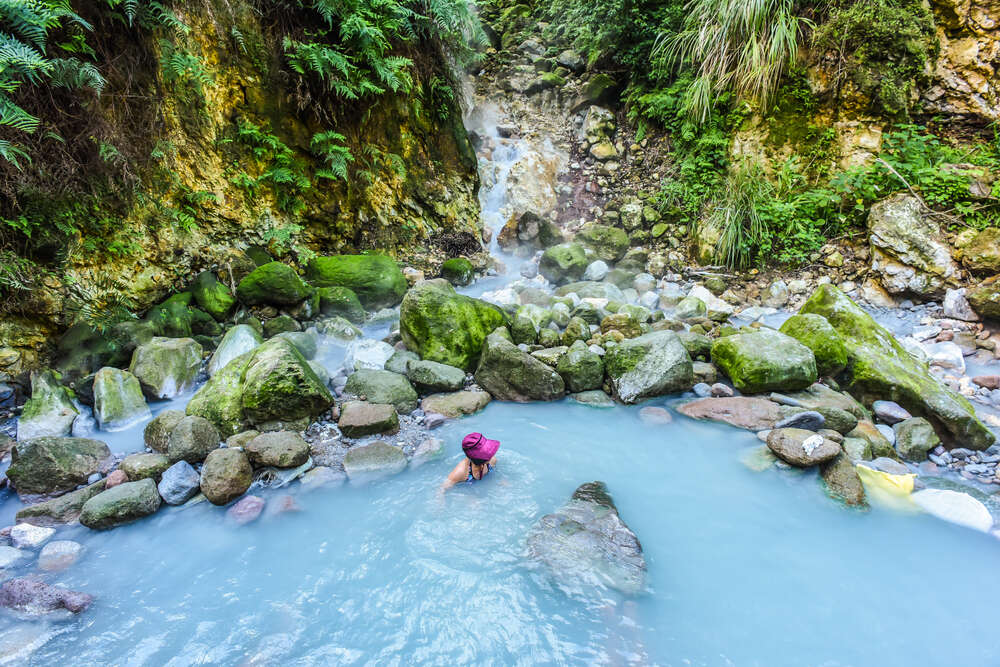 The Yehliu Geopark is also located near the capital of Taiwan, but you will see here a completely different picture than in Yangmingshan. Yehliu is a rocky wasteland with bizarre sculptures in the middle. The most interesting thing is that these sculptures are not the creation of human hands, but the result of the activity of wind and water. 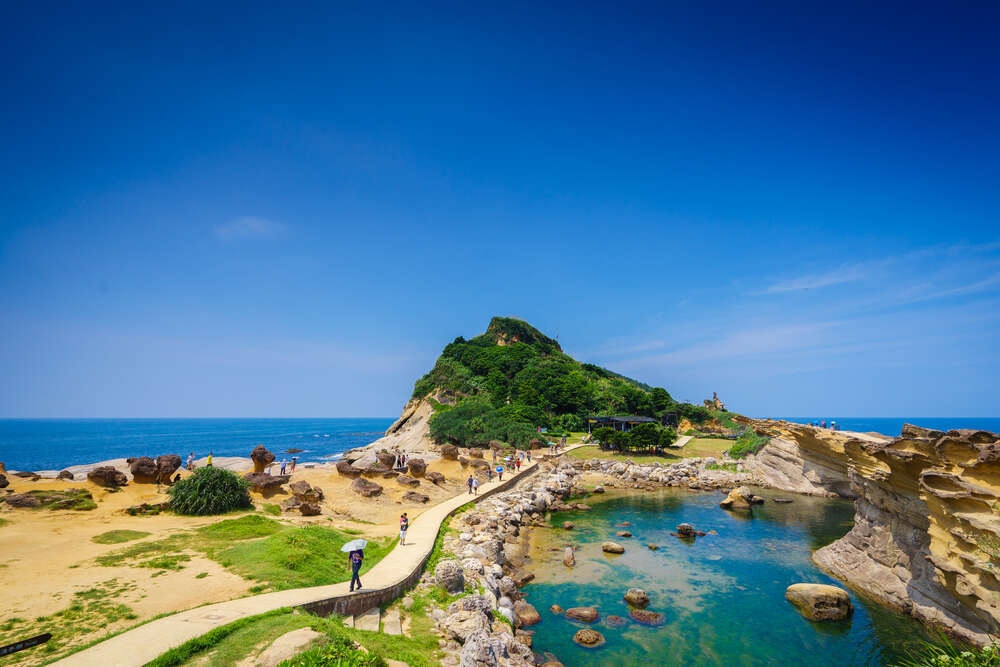 Did you miss high mountains and deep gorges? Take a look at the east coast, at the Taroko National Park, whose name means "marble gorge". It has all the conditions for comfortable trekking, and you can also get acquainted with the life of some of the island's tribes, who are very committed to keeping their traditions. 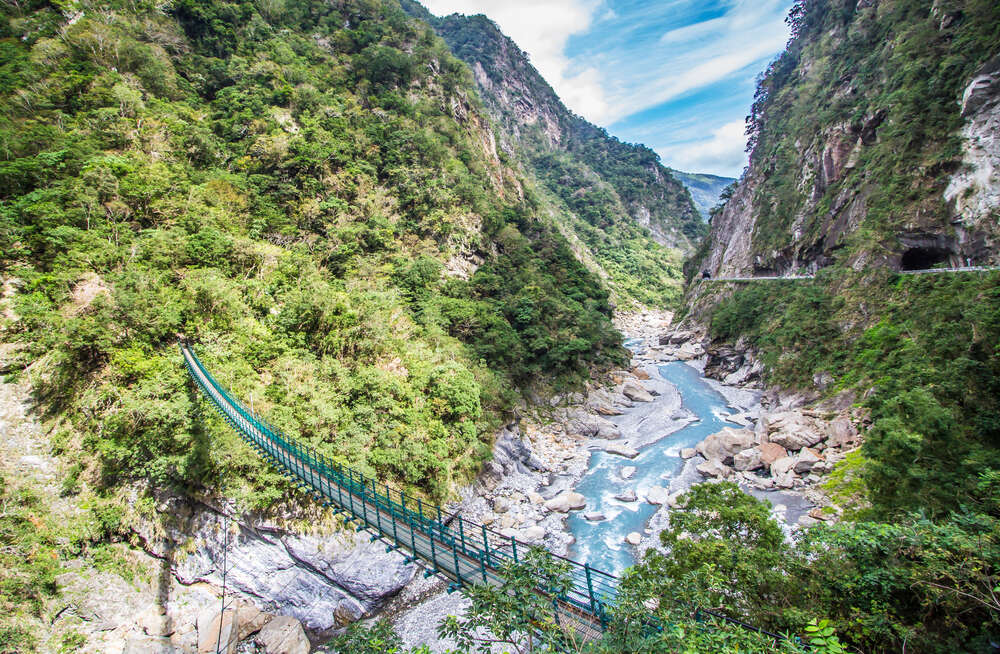 And the last on the list, but far from the least important natural attraction of Taiwan is the Lake of the Sun and Moon in the center of the island. There are almost more temples and Buddhist centers on its shores than hotels. 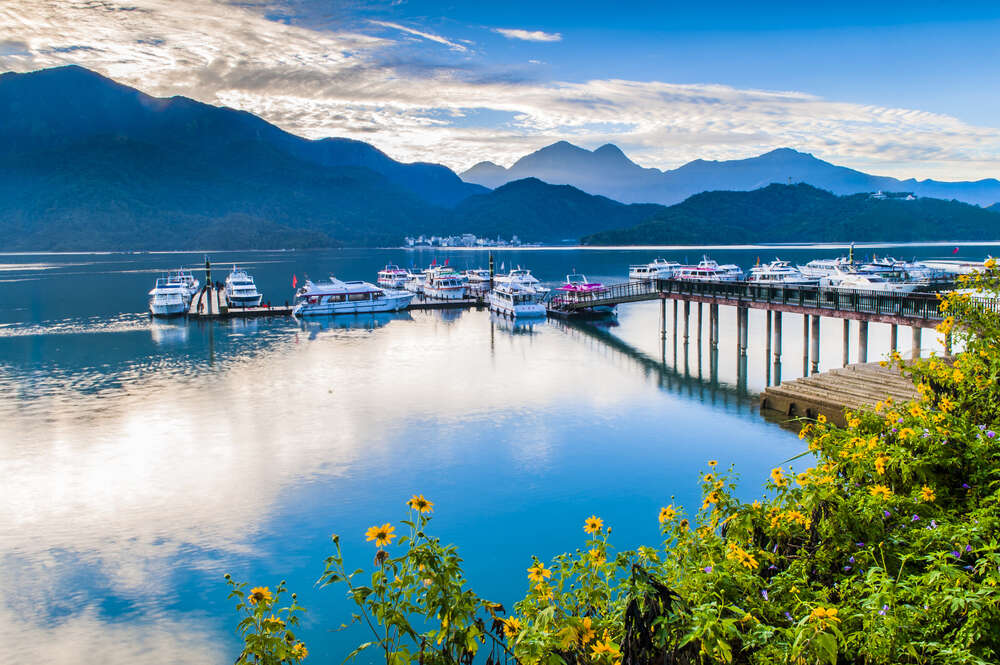 Maokong Mountain is the most visited mountain in Taiwan. In order to get to its top, you do not need to buy trekking boots or walk long distances along dusty trails for several hours. It is enough to buy a ticket for the cable car and enjoy the views from the booth for half an hour. 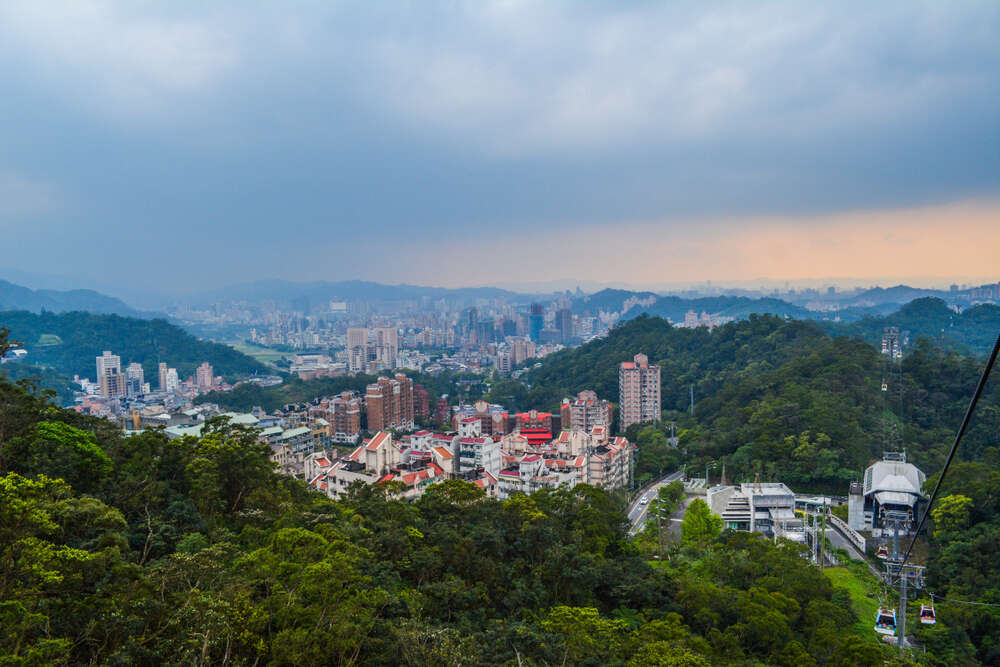 You can not only climb the mountains but also live at an altitude of over 2000 meters above sea level in the alpine resort of Alishan. Oolong tea is grown on the slopes of the mountains of the same name, which is so pleasant to drink while admiring the sunset or sunrise over the green ridges.

And the highest peak in Taiwan is Mount Yushan. Its height is almost 4 kilometers, and this is already a challenge for real climbers. 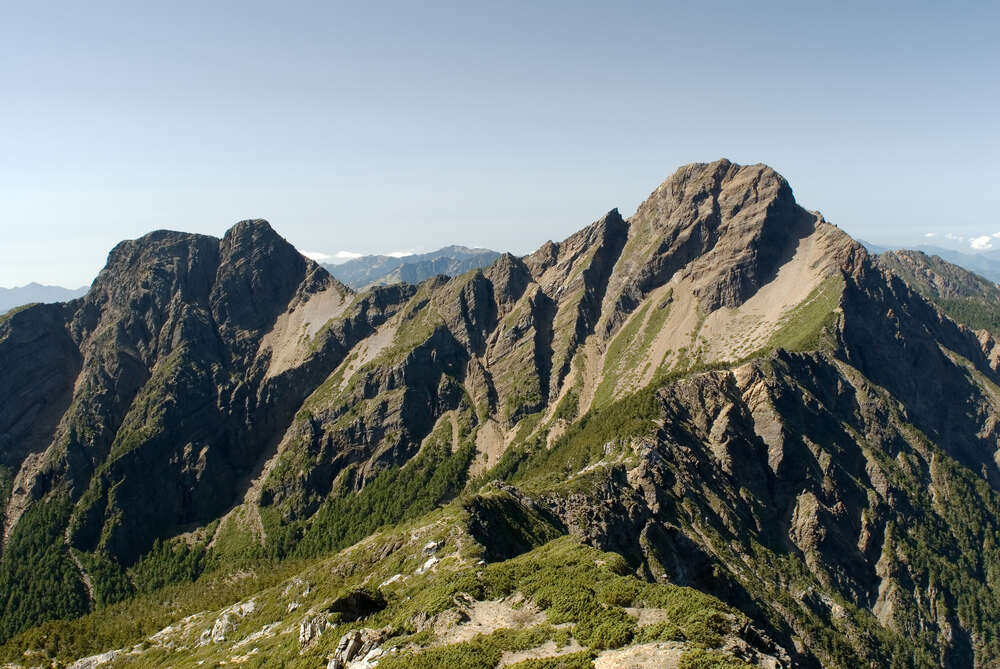 Swim to the archipelago

All fans of island romance should go to the Penghu archipelago also called the Pescadores. Staying here is pure relaxation, you can spend whole days lying on the beach, windsurfing, overeating seafood, and relaxing body and soul. It is advisable to allocate a couple of days to the archipelago, or even better - a whole week. 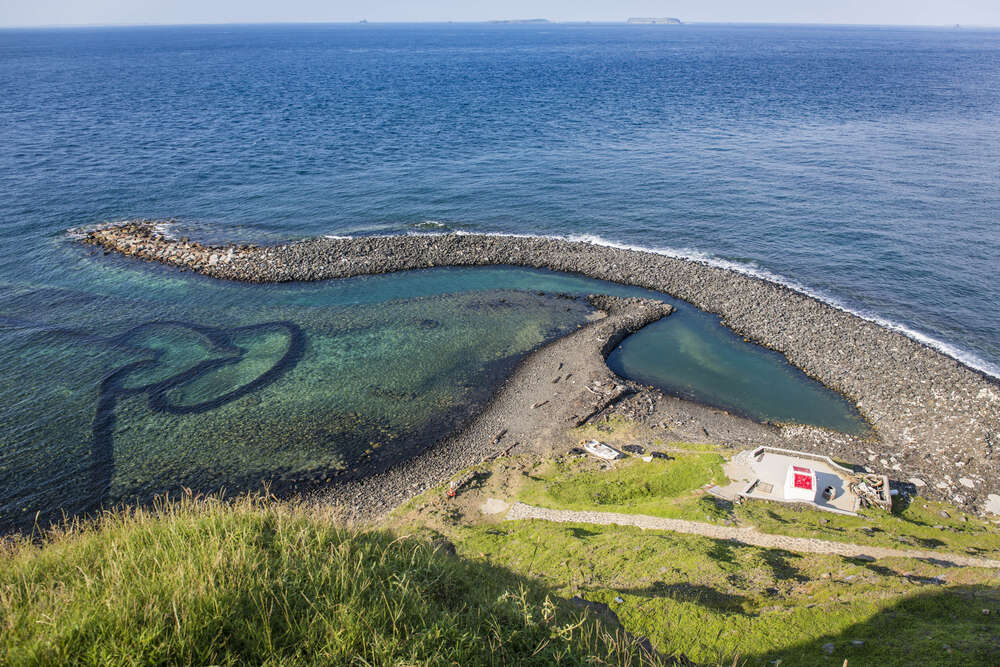 Penghu is a resort archipelago, but Kinmen is a historical one. Once on its islands, Taiwan fought with mainland China, nowadays, it houses a number of interesting historical museums and fortresses.

There are famous hot springs in the northern part of Taipei, the Beitou District. You can take a steam bath in the water heated by volcanic activity in almost any hotel of the district, and at the Beitou Museum, you can learn more about the tradition of bathing in hot waters. 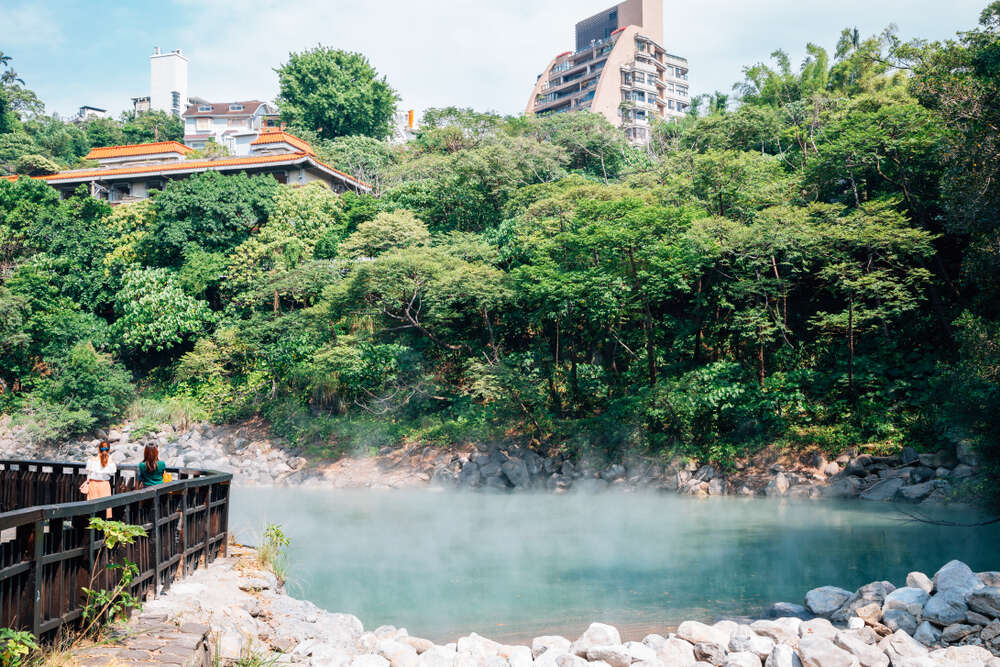 Taiwan is a kaleidoscope island. You can fly here for an unforgettable beach vacation, mountain climbing, shopping, or acquaintance with the original culture.