What to see in Laos: the modest charm of a mountainous country

Laos is a small and poor landlocked country in Southeast Asia. There are no noisy resorts, sparkling megacities, ruins of ancient powerful empires. But still, Laos deserves attention, because its atmosphere is really unique, and there is enough color. Travellizy also goes there.

Vientiane is called one-story capital, there are almost no skyscrapers. It is very compact and comfortable, and here you can see how modern Laos lives. Take a walk along the Mekong embankment with Thailand on the other side, look at the locals having a rest and be amazed at the waving flags with the hammer and sickle, as the ruling party of Laos is socialist. 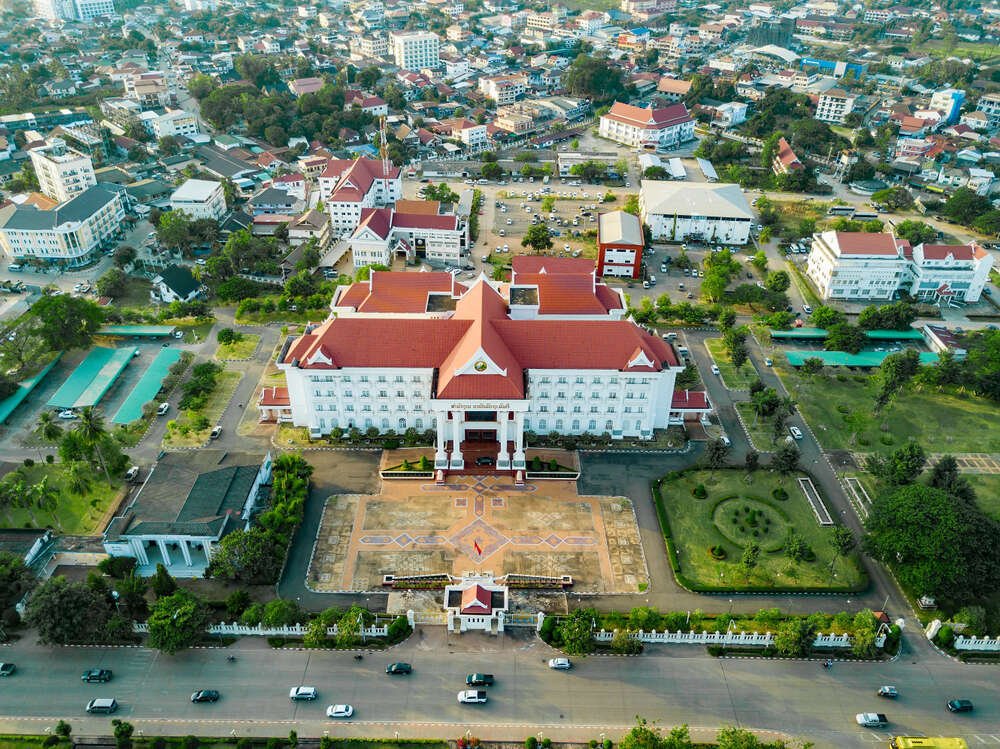 In the temple complex That Luang, you can see the Great Stupa, which is the symbol of the country, only for 0.5 euros, as well as have a look at the religious life of the Lao. Services here, as in all the churches of Vientiane, are held constantly, and if you come in the morning, you can be invited to taste rice right in front of the face of the Buddha. And a 15-minute walk from the main temple on Lang Xang Avenue, the Arc de Triomphe rises with an observation platform at the top. 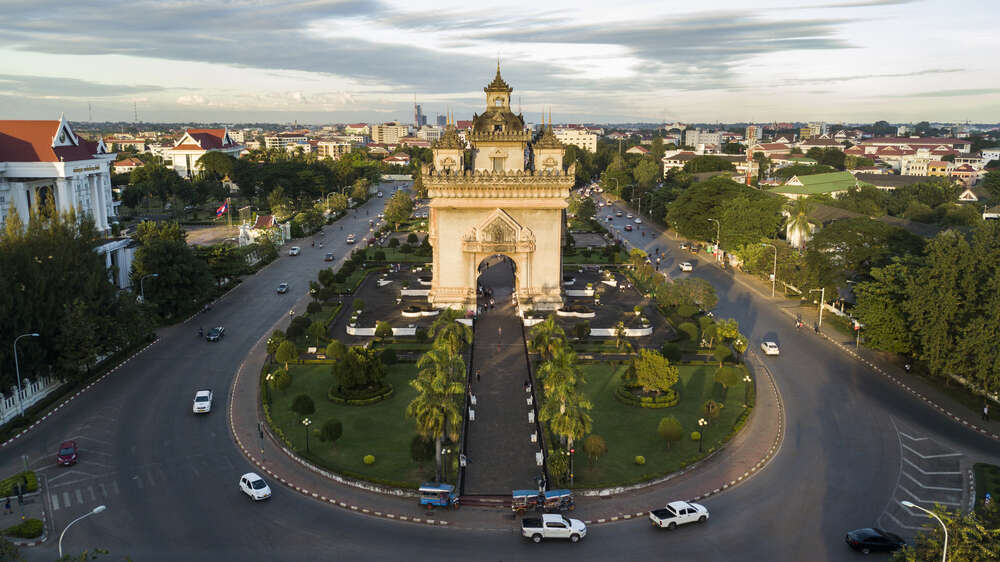 The most interesting events in Vientiane, as in many other Asian cities, begin in the evening. Most of the promenade turns into a night market, where you can buy almost everything, from stereotyped tourist pants with elephants to smartphones and portable speakers. A food market is laid out nearby, and the square in front of the Chao Anouvong Statue is filled with cheerful ladies in leggings doing aerobics. 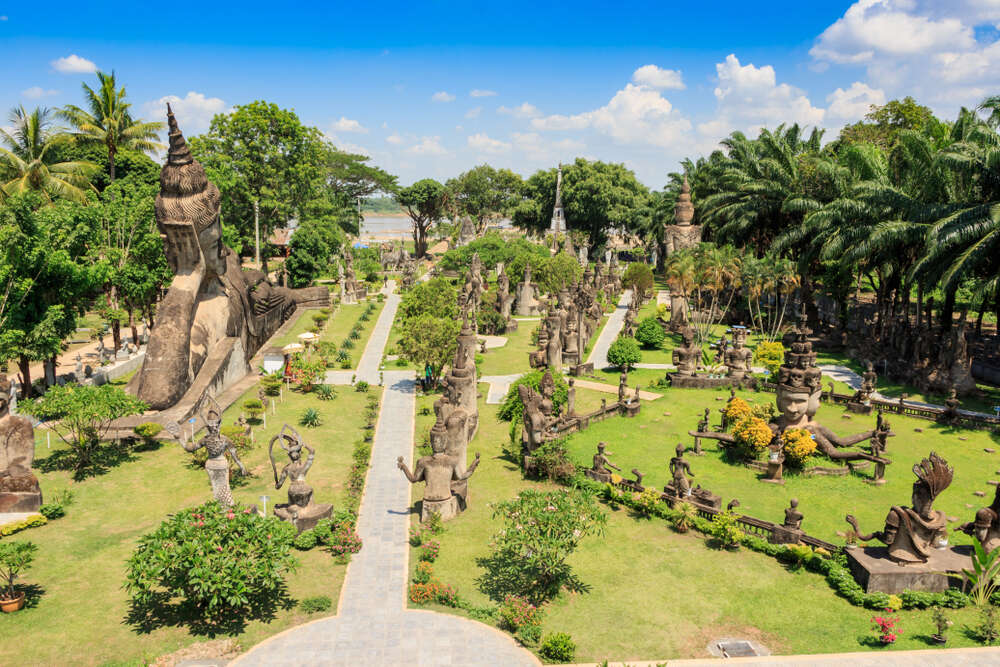 The most noteworthy suburban attraction of Vientiane is Buddha Park. This is a project of a local sculptor that can turn your mind about modern Buddhism. In a relatively small area, there are several dozen statues and sculptural compositions, and each of them is very original. Entrance to the park costs € 0.5 for foreigners.

Vang Vieng is a tourist village with two streets, most of the buildings are hotels, guesthouses and bars. Here, for a very modest fee, you can rent a bamboo bungalow with views of the fields and mountains, explore the surroundings during the day, and drink cocktails in the evening and chat with travelers from different countries. 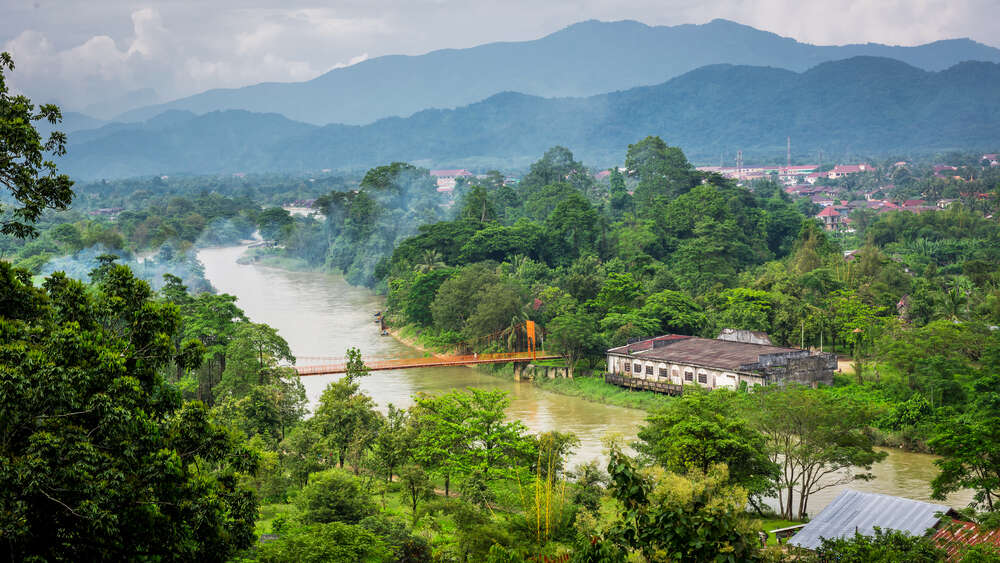 There are no attractions in Vang Vieng itself; everything interesting is outside the city. These are numerous mountains, most of which have observation platforms with breathtaking views, and caves, and rivers with rapids for kayaking. At any travel agency in the village, you can rent equipment for tubing or rafting, buy a tour of the valleys on a fast buggy. Those who need the highest viewpoint will love the opportunity to fly over Vang Vieng in a hot-air balloon. 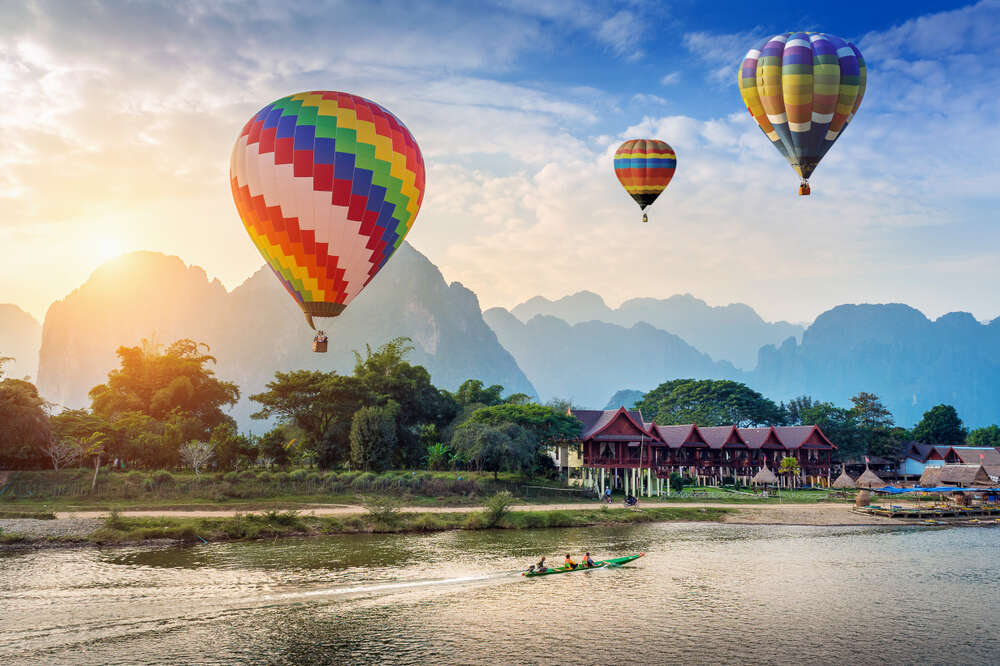 A budget way to explore the surroundings of the village is to rent a moped, but keep in mind that the roads in Laos, especially rural ones, cannot boast of the good quality surface.

On the main street of Luang Prabang, it seems that you are in a cozy provincial Europe. In each of the two-story French mansions with wooden shutters, there is a shop, restaurant, bar or guesthouse, and only the stone stupas and temples with naga serpents at the entrance remind you that you are in Asia. The atmosphere in the capital of the ancient kingdom is very pacifying, the main contingent of foreigners here is European pensioners, and the whole city sets you in a calm and meditative mood somehow. But do not think that there is nothing to do here, except to walk along two streets and try food in every cafe. 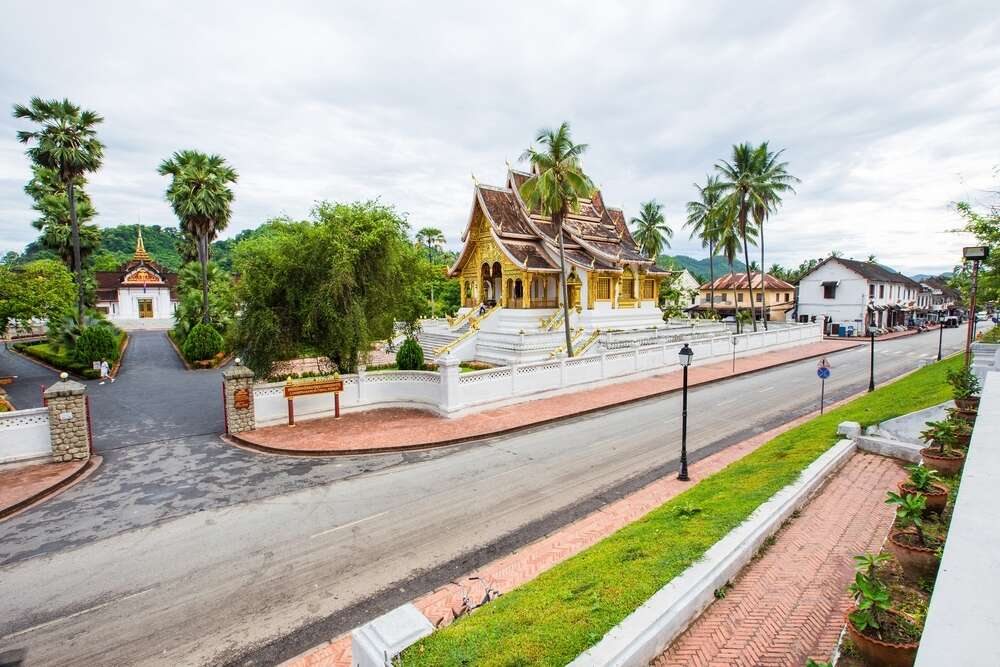 In the center of Luang Prabang, the sacred Mount Phou Si rises with a gorgeous panorama of the city and two rivers surrounding it. It is best to climb the hill early in the morning or in the evening, then you can see the sunrise or sunset, and on the way to the top, you can look into one of the sanctuaries on the slope and see the Buddha's footprint there. If you do not want to climb the hill, then you can look into the temples of Wat Mai, Wat Souk Haram or Wat Xieng Thong. Most temples in Prabang are free. 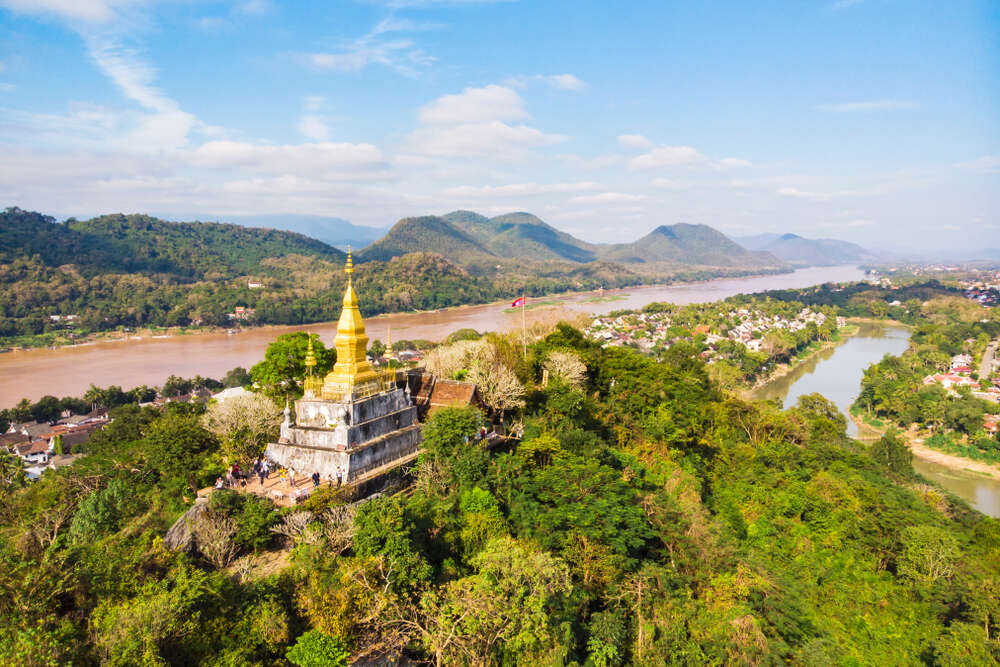 Luang Prabang prepared a very interesting sight for early birds - feeding of the monks in the morning. It takes place on the main street of the city at dawn, when monks and novices from all local churches pass through a bright orange chain and collect offerings - rice and sweets. 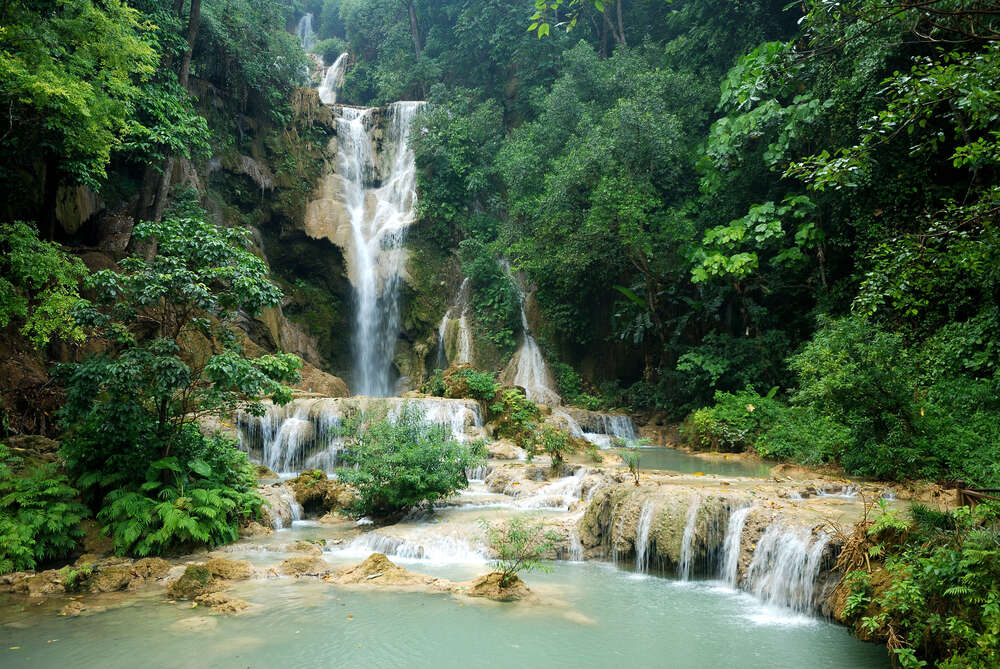 Outside the city, you can admire Kuang Si Falls, the most beautiful waterfall in the country, walk with elephants or swim along the Mekong River to the cave temple of Pak Ou.

Laos has a lot of French heritage, for example, the tradition of making crispy baguettes and drinking coffee with them in the morning. But the most French city in the country is the former base of Pakse colonialists. In fact, this is another cozy Lao province, that will appeal to those who arrived in the country from Thailand or Cambodia. Unlike Luang Prabang, in Pakse, you don’t have to travel for several days along with mountain streamers. 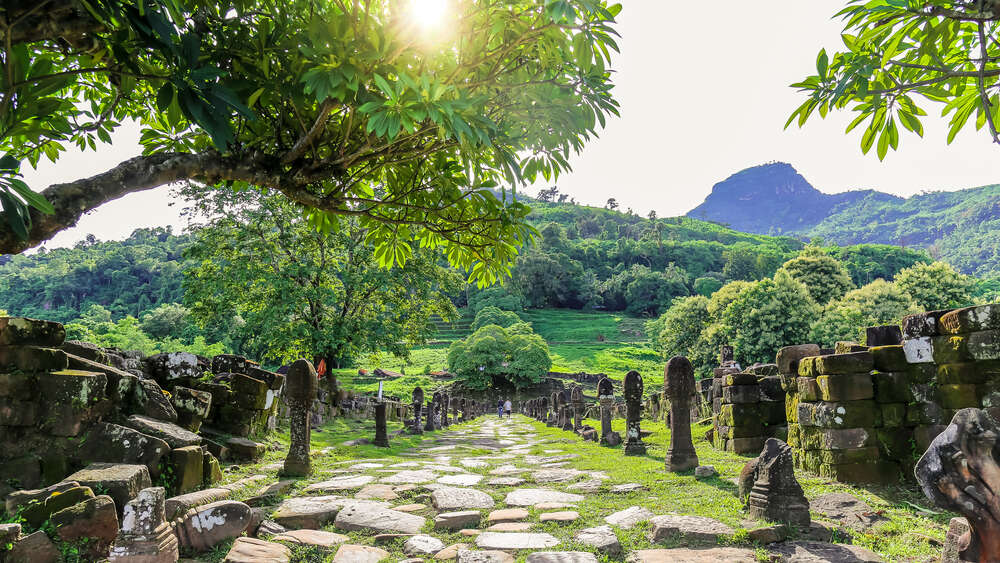 Such a romantic name was given to the area on the border with Cambodia, where the majestic Mekong River widens especially heavily. As a result, entire archipelagos of tiny and medium islands formed on the river. You can visit three of them - Don Det, Don Khon and Don Khong. 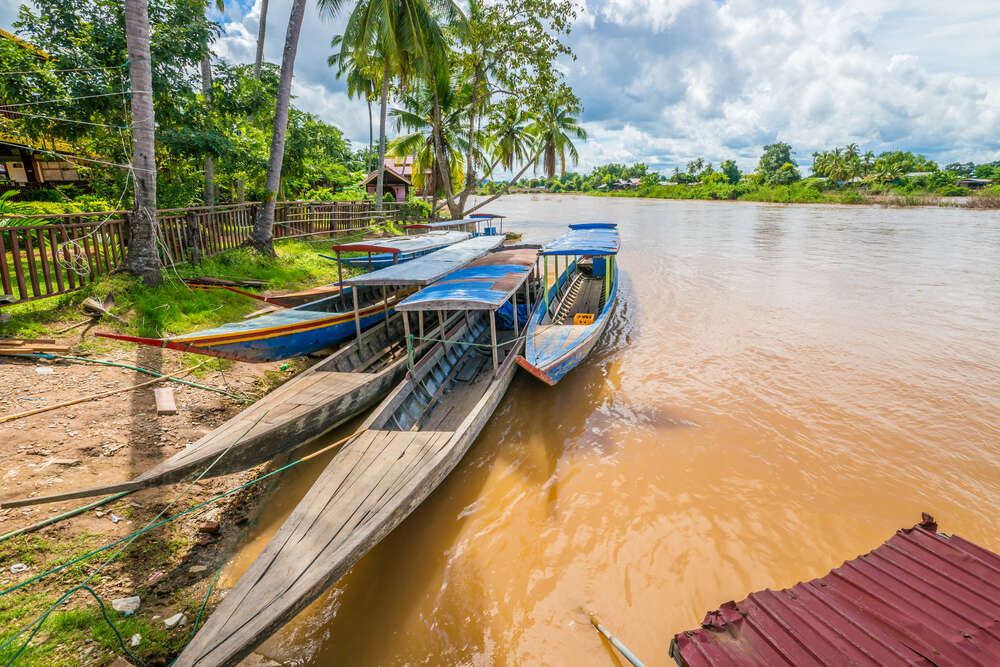 Don Det is the smallest inhabited island, and it is chosen by those who need peace and a minimum of civilization. Housing here is simple bungalows on piles, food is cheap, and life is simple and carefree. 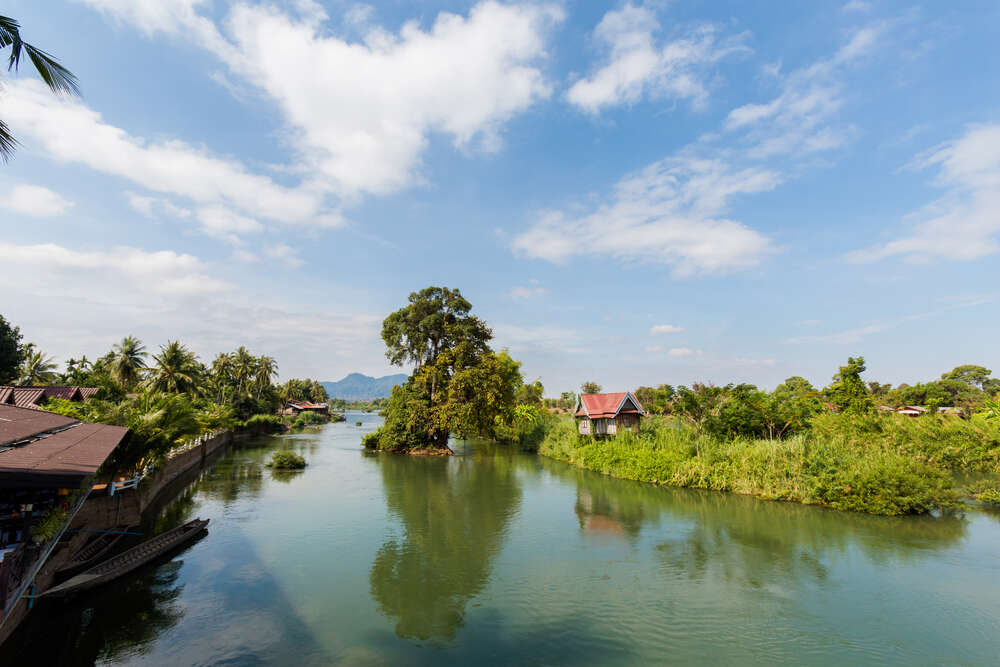 Don Khon is an island for those who need a little more from life than a hammock under the roof of palm branches. Housing here is more expensive, but also with great comfort, there is a colorful Li Phi waterfall, and you can also watch unique river dolphins from the observation platforms of the island. 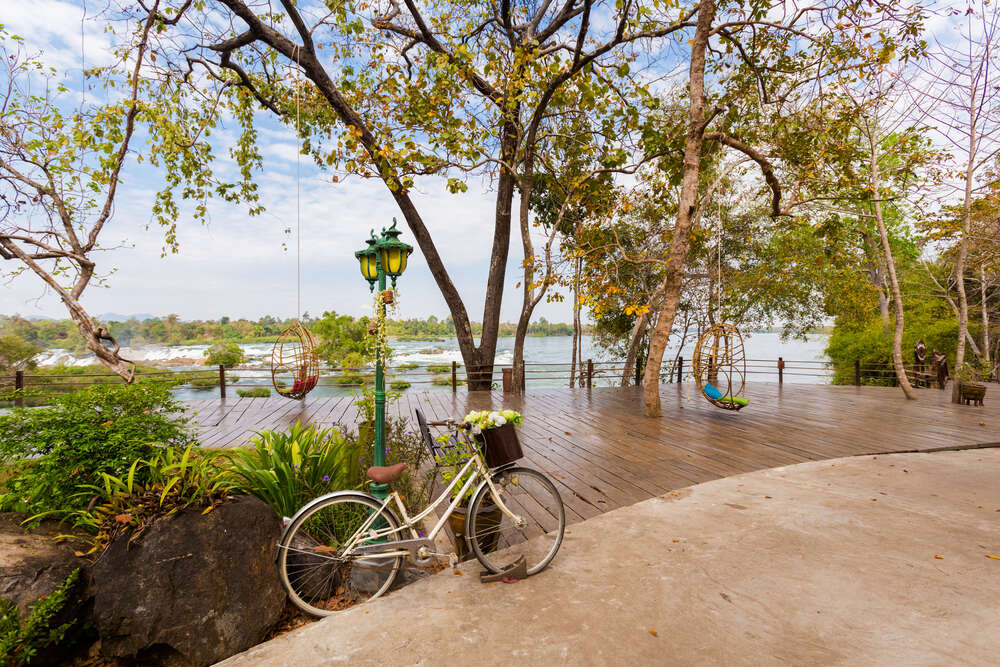 Although Don Khong is the largest island, it is non-touristic. It clearly shows, how the Lao village lives, but there are no entertainments and attractions. Of course, this does not stop you from renting a bike and just heading for a ride between rice fields and authentic rural houses.

The Plain of Jars

This place in Laos is one of the most mysterious places on the planet because it is still not known exactly who, why and when created hundreds of huge stone vessels randomly scattered throughout the valley. In 2019, the area is under the protection of UNESCO, but even before that, there was no particular archaeological or other activity. The thing is a huge number of unexploded American bombs that have been lying in the ground since the Vietnam War. 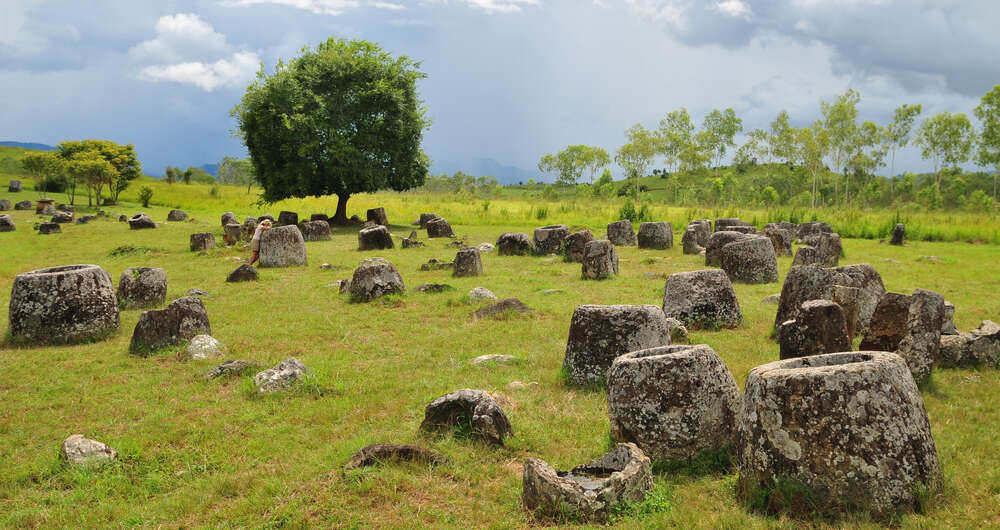 But do not be afraid, tourists in the Plain of Jars are not in danger, no one will let you walk through the non-cleared areas. And there are enough stone jars, where the land is precisely cleared of traces of war.

If after visiting Laos, you are going to Thailand, then you can cross the border between the countries in two ways, either quick or interesting. The first way is by plane or bus, and the second one is a two-day river trip along the Mekong River. Boats depart from Luang Prabang, and you can choose a simple proletarian slow boat, where you will sail with the Laotians, moor to the villages and watch the passengers get into the boat on the move and transfer cargo. The price of a ticket for such a boat starts at € 22, and you will have to spend the night at your own expense. 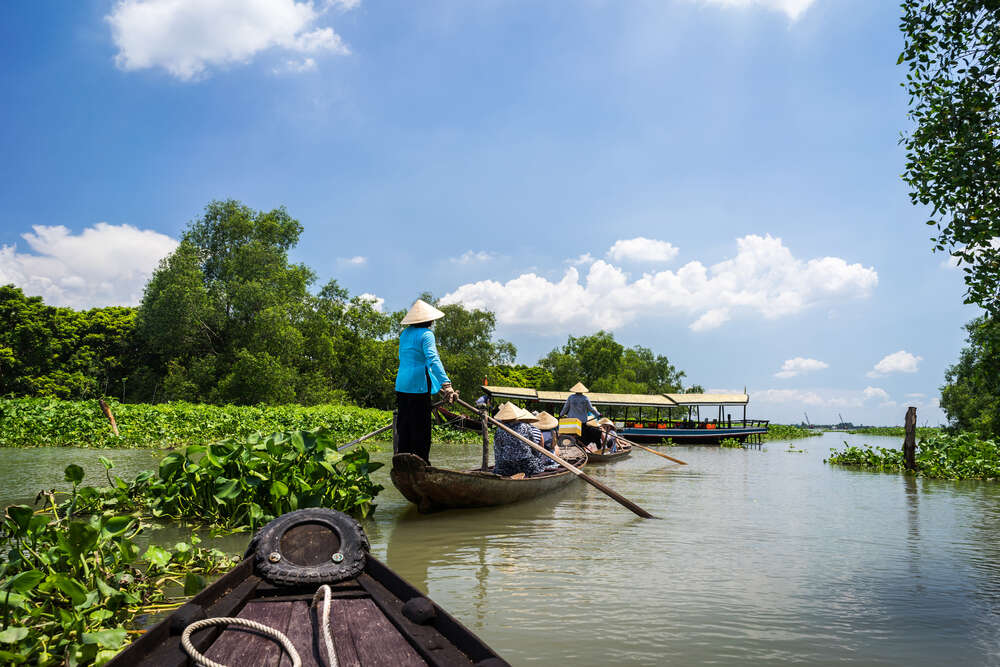 Or, if you want more comfort and privacy, you can buy a boat tour with cabin rooms and a restaurant to enjoy the views of the coast from the wide upper deck or balcony in the cabin. 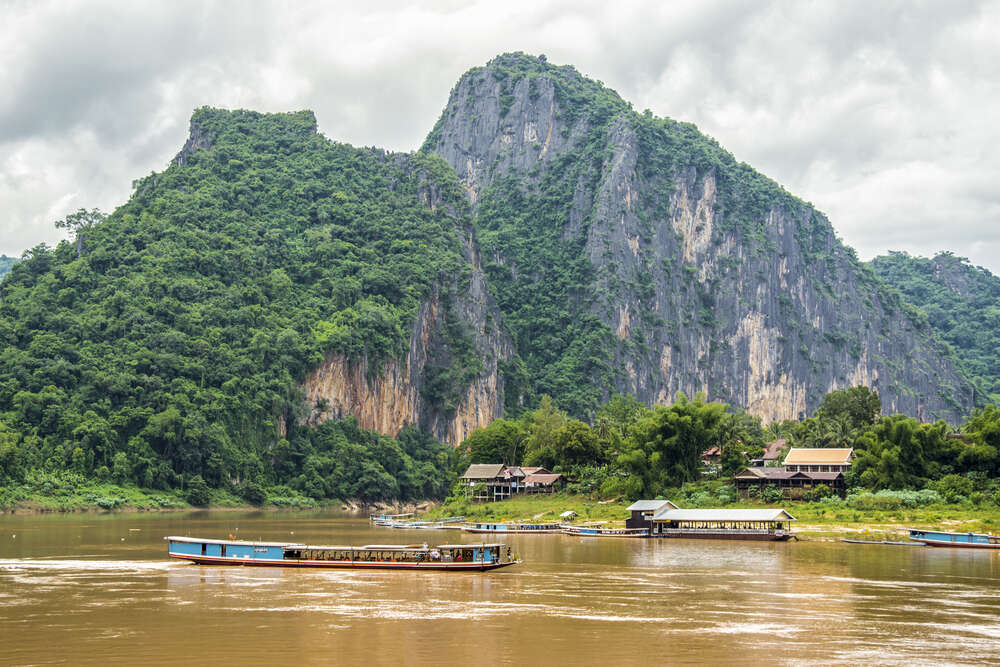 But the main thing that is worth coming to Laos is its monotony and slowness. The country seems to have frozen in time, its inhabitants never hurry up, and the Mekong slowly carries its waters.