Raise your beers for Oktoberfest - in Munich or elsewhere

If you are heading to the South of Germany, Munich is the best place to be, especially during the autumn. Especially if you travel there for business as many do, if there is some time left before the flight, you should consider that instead of sitting lazily in a fancy coffee checking your working e-mails you better head out to get the best of the city. Oktoberfest is the place to be in the city if you are lucky enough to be there in the second half of September and beginning of October. Don’t have to think twice. Let’s go! Life is waiting for you somewhere else! 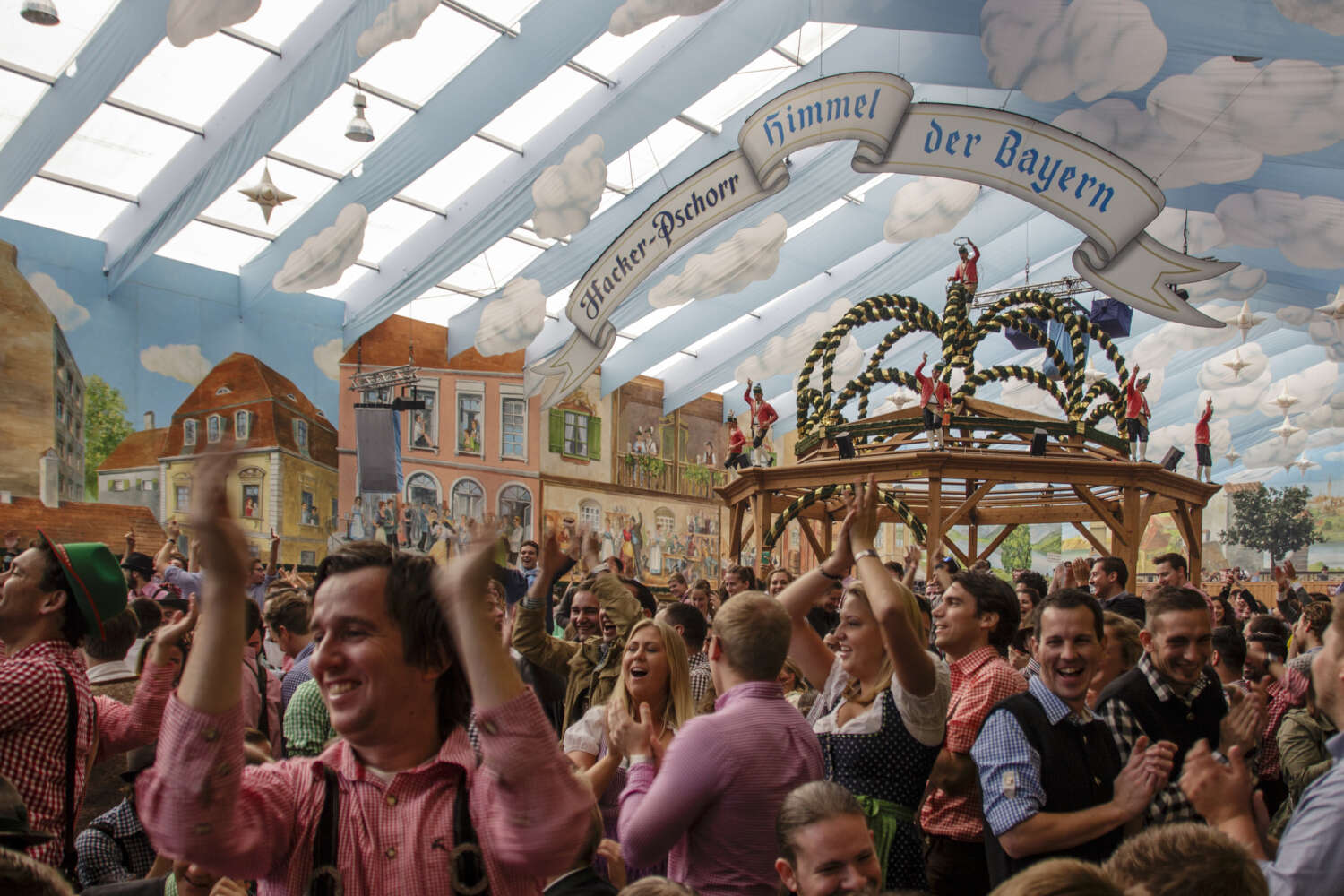 During this time of the year, Munich is so charming wrapped in the lights of the autumn sun, but also busy. Oktoberfest is the world’s biggest gathering, with a public of 6 million people every year coming from all over the world to enjoy 16 days filled with sausages, pretzels and lots of beer! 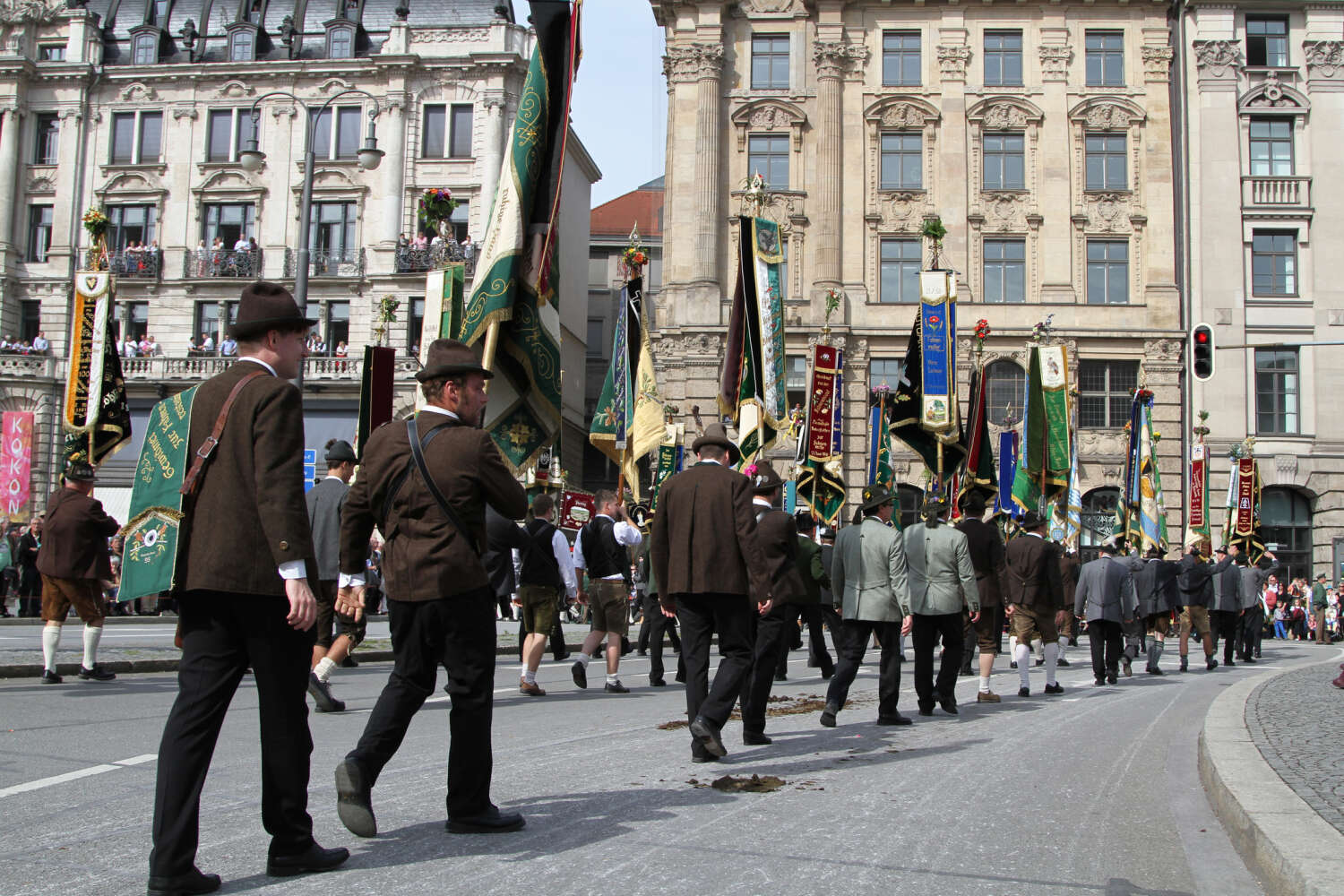 The festival started in 1810, on the occasion of the marriage between the Bavarian Crown Prince Ludwig with Princess Therese von Sachsen-Hildburghausen. Everyone was invited to be part of the celebration and in the memory of those happy times, the festival was regularly held in the last 185 years and expanded to include other activities, such as horse races, games, rides, music, and eventually beer.

However, beer was a relatively new addition to the festival, as it was originally served only outside the fairgrounds. Nowadays, beer is considered one of the most sought attractions of the celebrations, with 7.5 million litres consumed every year.

Traditionally, the festival starts after the mayor of Munich taps the first keg, declaring "O' zapft is!" or "It's tapped!" in English. The Minister-President of the State of Bavaria is the lucky first one to be offered a beer. After this short ceremony is over, ‘Prost’ (toast) is the word of the day for the next weeks in Munich. 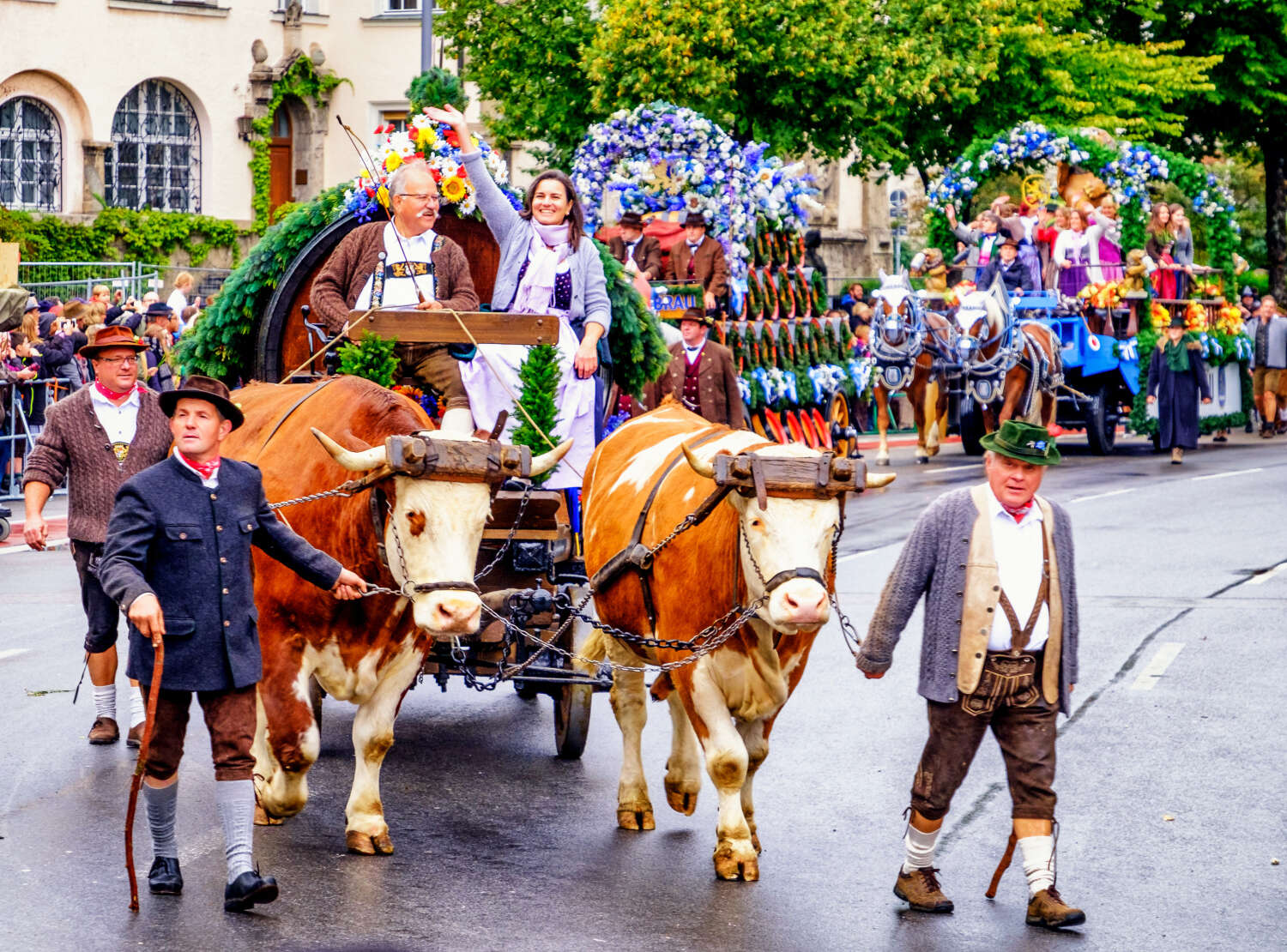 The opening ceremonies of Oktoberfest took place on September 22nd 2018 in the Schottenhamel tent.

There are several events that usually take place during the Oktoberfest. For instance, the first Oktoberfest Sunday. In 2018, it started at 10 o’clock on September 23, from Maximilianstrasse direction Odeonplatz, Briennerstrasse, Maximilianplatz, Lenbachplatz and Stachus. It follows down Sonnen- and Schwanthalerstrasse, crossing the Kaiser Ludwig Platz before reaching the Oktoberfest tents.

In 2019, Oktoberfest is scheduled between September 21st and 6th of October. 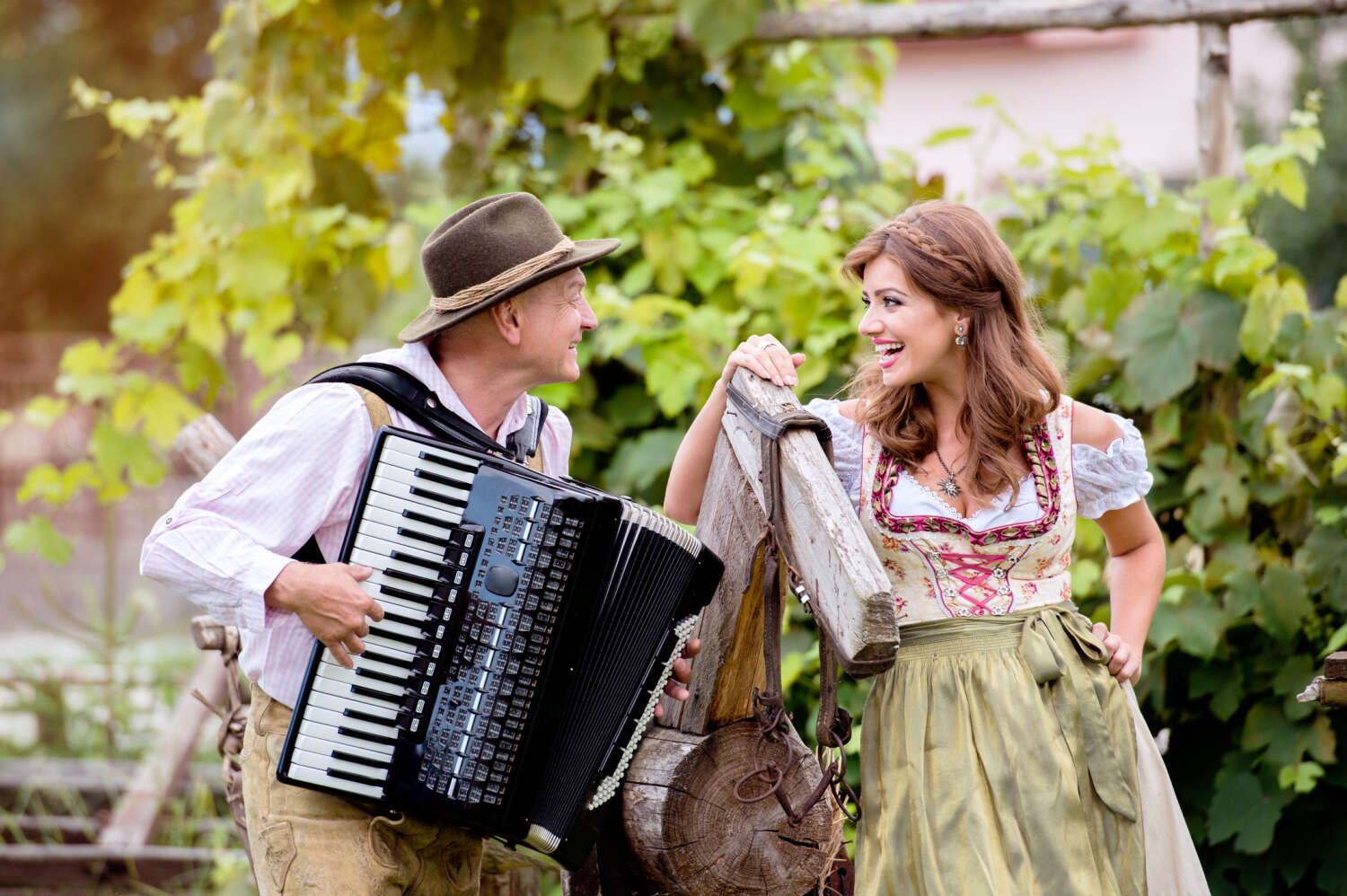 Besides the humongous amount of beer consumed every year by millions of people, Oktoberfest is also a great way to connect with the local Bavarian culture and traditions. Started as a wedding celebration, the festival has also a love component, with the traditional gingerbread cookies ‘Lebkuchen’ as the festival sweet staples. You can share this sweetheart with your other half, that can hang it with a ribbon displaying to everyone to see that she is your ‘schatz’, your ‘sweetheart. 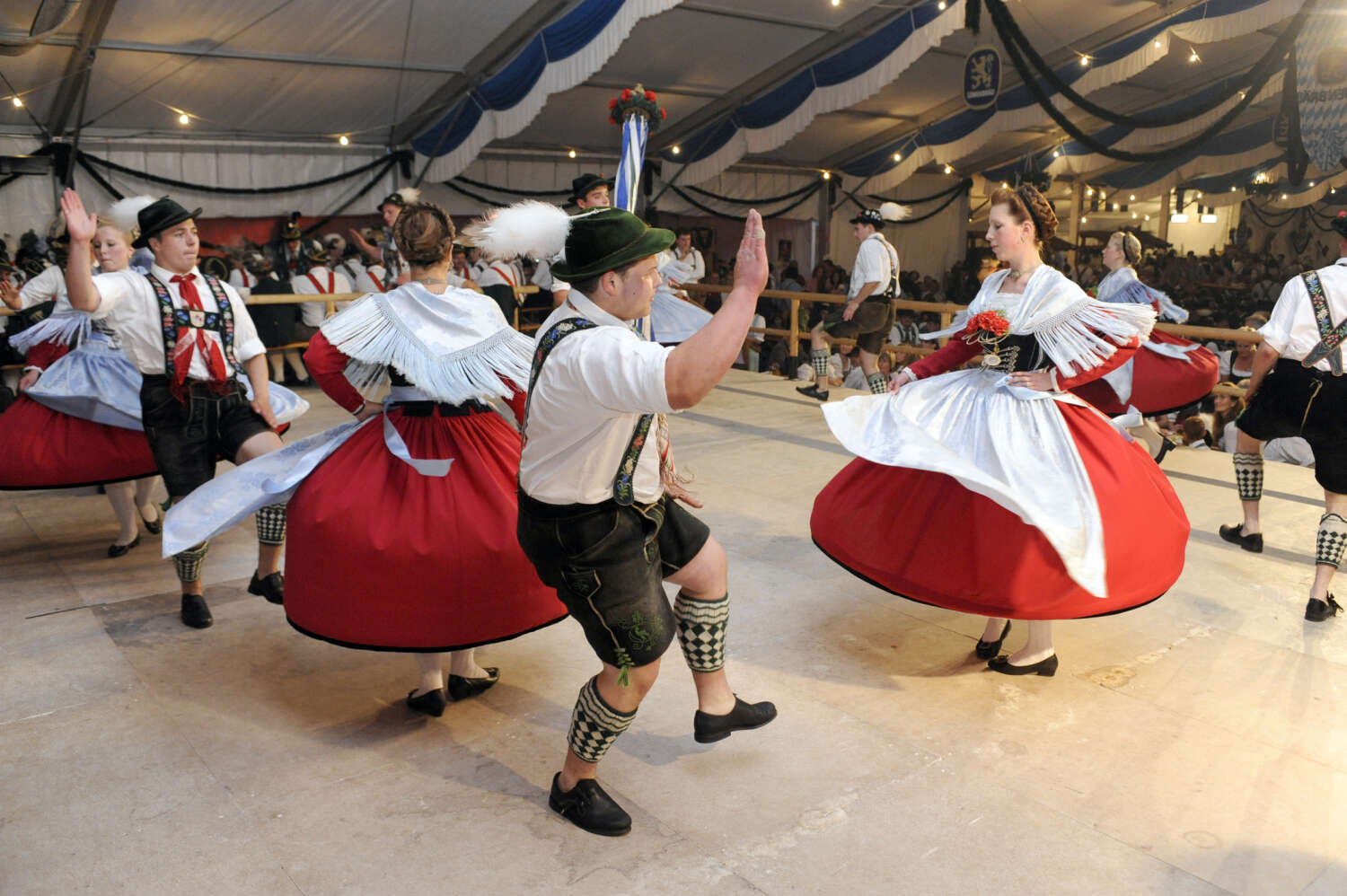 You might see in the tents a lot of people dressed in the special Oktoberfest outfit. The traditional costumes - both for men and women - are inspired by the local peasant tradition. The men ‘tracht’, with leather short pants and a typical green hat, often decorated with a feather is made of different fabrics and decorations, displaying the social status of the wearer. The Oktoberfest women’s costume is called the ‘dirndl’, and includes a blouse and bodice, and a shirt and apron. This traditional outfit can be easily turned into Oktoberfest fancy dress, especially when made of fine silk and velvet. And a little secret to share: if the apron knot of the woman is on the left side, it means she is single; if on the right, stay away as it is 100% sure she is married.

Though the official Oktoberfest celebration takes place traditionally in Munich, there are celebrations modelled after it all over the world, including in the United States, France or Asia. With traditional German food and Oktoberfest costumes, you can raise your Oktoberfest tents everywhere in the world. 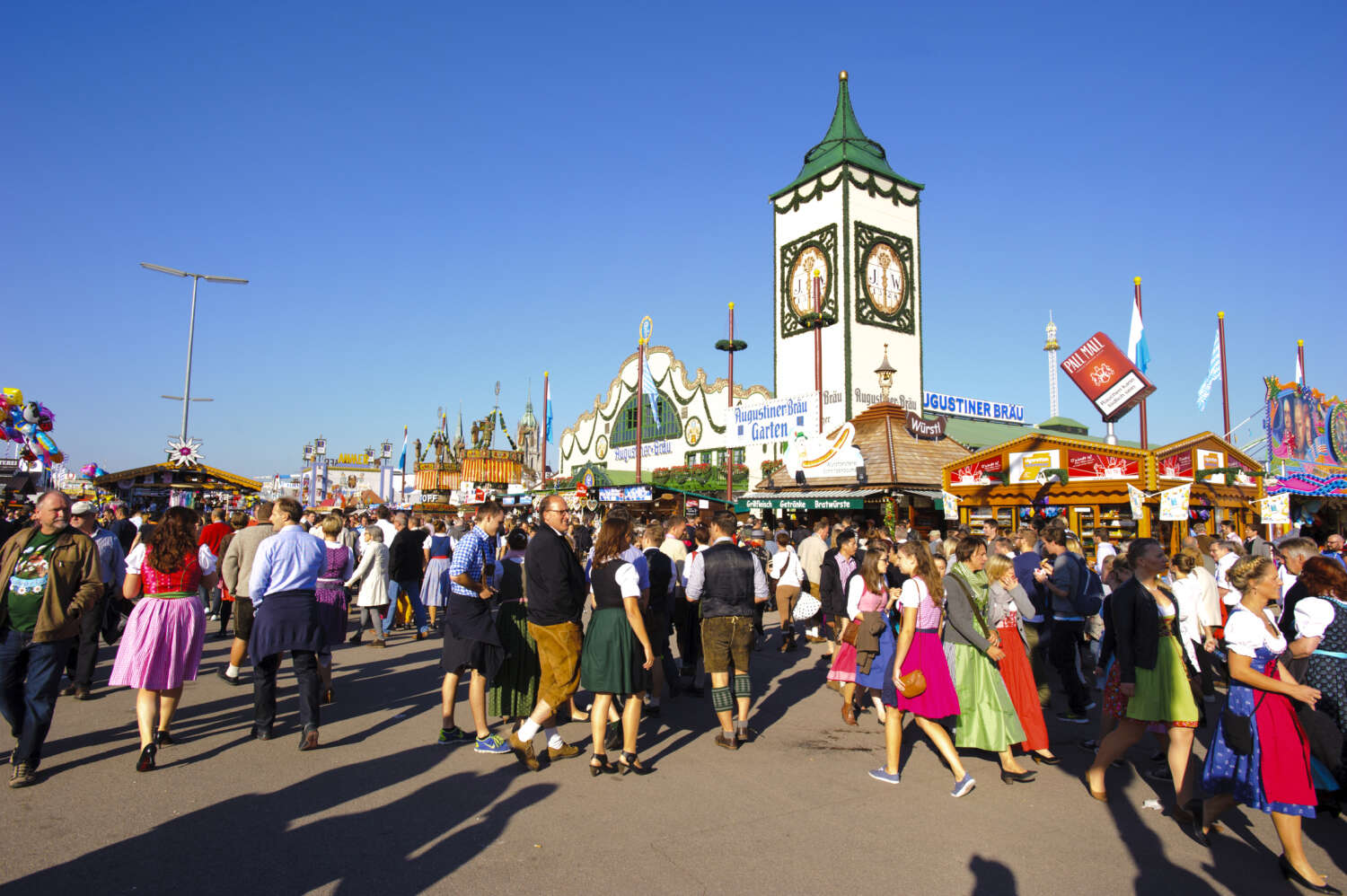 If you are visiting Munich at the end of September, you might notice that the Oktoberfest tents are already open. Oktoberfest, which started in 1810, originally took place in October, but as the event increased the audience every year, it was moved at an earlier date in the season. Thus, the participants were able to enjoy better weather conditions and more outdoor entertainment. Nowadays, the festival starts in the second half of September, but the last weekend always takes place in the month of October. 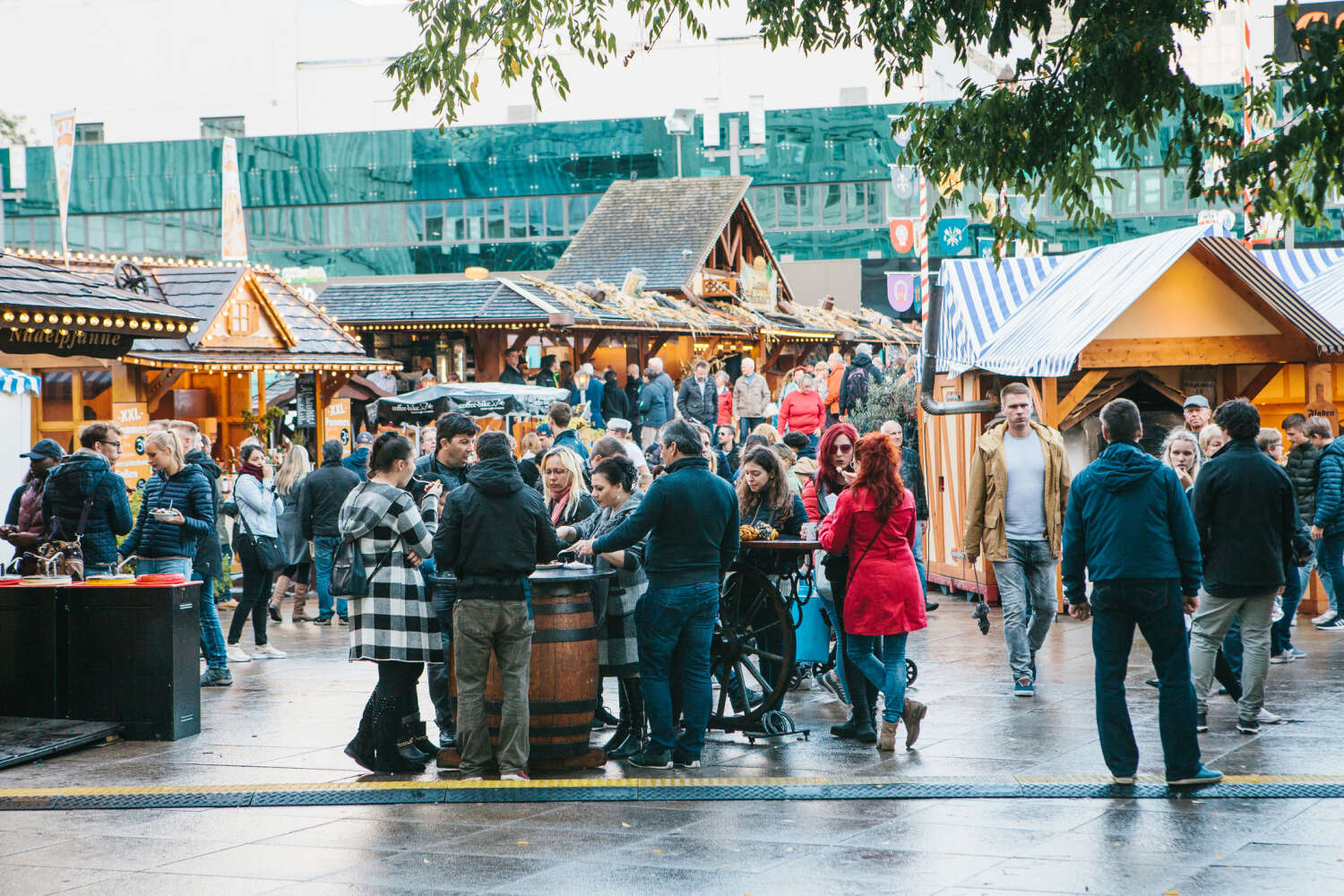 The Berlin Oktoberfest is celebrated in many places from the capital city, from Europa Center near Ku’damm to the Fischerhütte in Zehlendorf.

The celebrations of Oktoberfest Münster are concentrated in Albersloher Weg and are lasting until 13.10.2018.

With many live events and a lot of beer, Oktoberfest Frankfurt is aimed at reaching the business top-notch audience from Germany’s financial center, too busy to travel to Munich during the festival. The traditional Oktoberfest accessories and local and international beers can be tasted here until 7.10.2018.

For a real October celebration, Leipzig offers two full weeks of beer and happenings at the end of October. On Straße des 18, at the Alte Messe, Oktoberfest Leipzig celebrations are taking place between 12 and 30 October 2018. 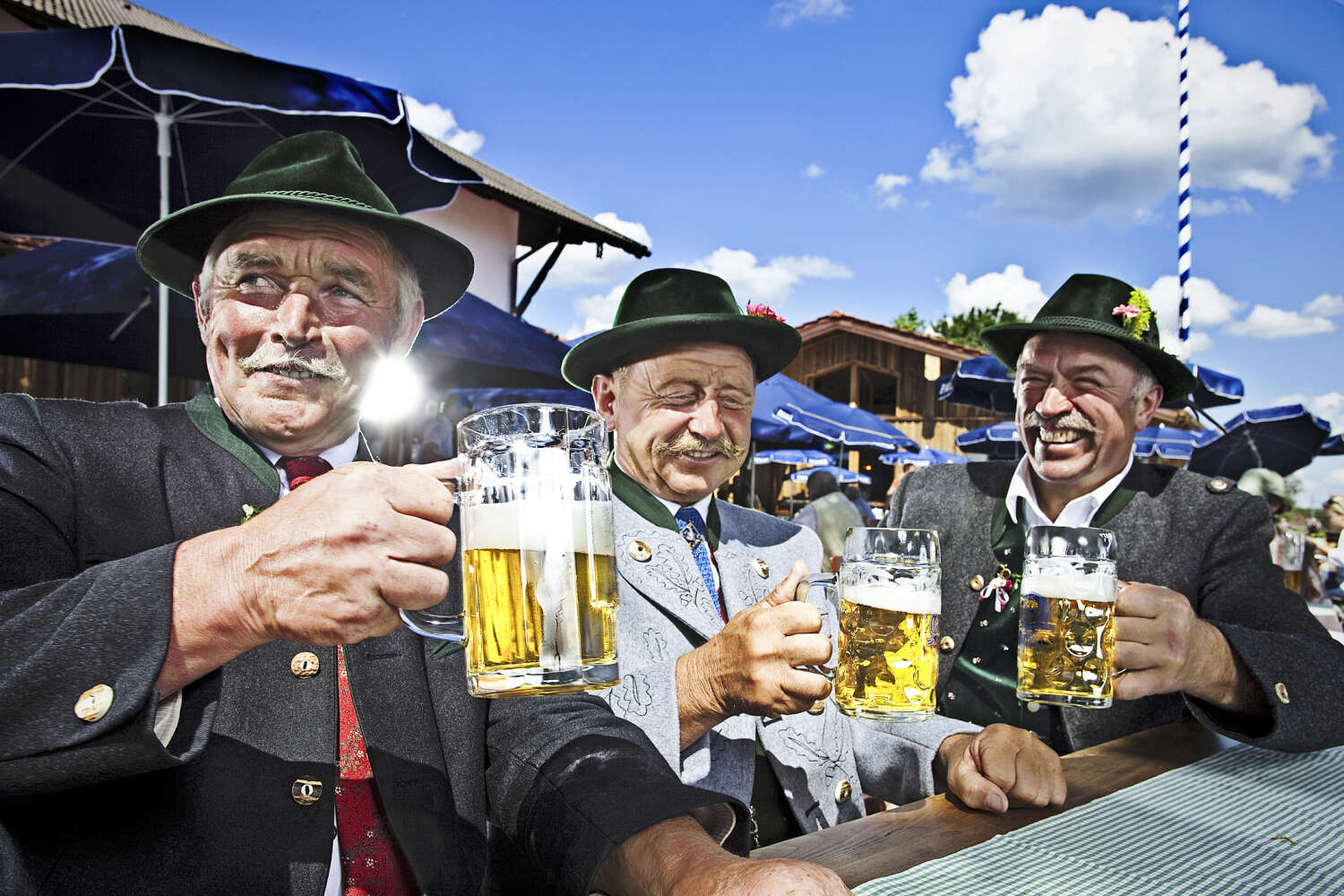 Oktoberfest means not only a lot of fun, but also an interesting opportunity to know people from all over the world, and especially from Germany. From busy corporate businessmen to youngsters and curious backpackers looking for some booze fun in Germany, there is a place to the long tables for everyone. From Berlin to Munich, from the USA to Japan, Oktoberfest is celebrated all over the world as a feast of life and good beer. Even if you cannot make it to Munich, but you are still in Germany, you can find a lot of opportunities to celebrate this festival of beer, friendships and German culinary experiences in places as diverse as Berlin, Münster, Frankfurt/Main or Leipzig, to name only a few famous German towns where similar festivals are organized.

Want to know more about Oktoberfest? You can check our next article for some interesting details about the reservation system or the famous foods that you can expect to be served during the festival.