What do you know about Oman? An economist will associate it with cheap oil, a historian will think of with a medieval pirate state, and what about a tourist? The era of tourism is just beginning in the history of Oman, not all corners of the country are photographed and posted on Instagram, there are not many Europeans on the streets in its cities. On the other hand, Oman has a well-developed infrastructure, a high level of security and a lot of very interesting places and activities.

The fort city of Muscat

Muscat is the capital of Oman, a fortified city, which was a former separate sultanate not so long ago. Over the past couple of decades, it has grown in breadth, and there are no skyscrapers in Muscat because of the personal instructions of Sultan Qaboos bin Said, who did not want to spoil the historical appearance of the city with glass concrete skyscrapers. Thanks to this, you can see traditional stone houses in any district. 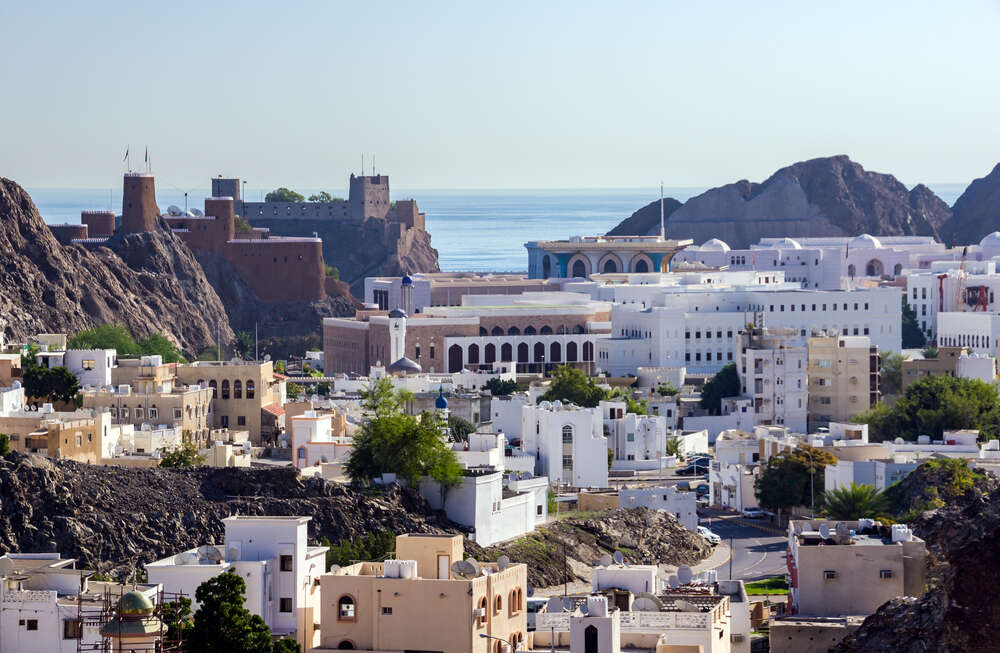 Muscat is insanely colorful. Oriental men in traditional gelabias play backgammon on the squares in the evenings, women in burqas or jeans walk with their children, and all this can be enjoyed against the background of the bright blue water of the Gulf of Oman on the one hand and rocky low mountains on the other. You can feel its color better in the Muttrah region. It has the central market called souq, the gold market, the fish market, and its promenade is great for long walks. Are you tired of walking? Go wash off your fatigue to the nearest beach, they are very clean and beautiful here. 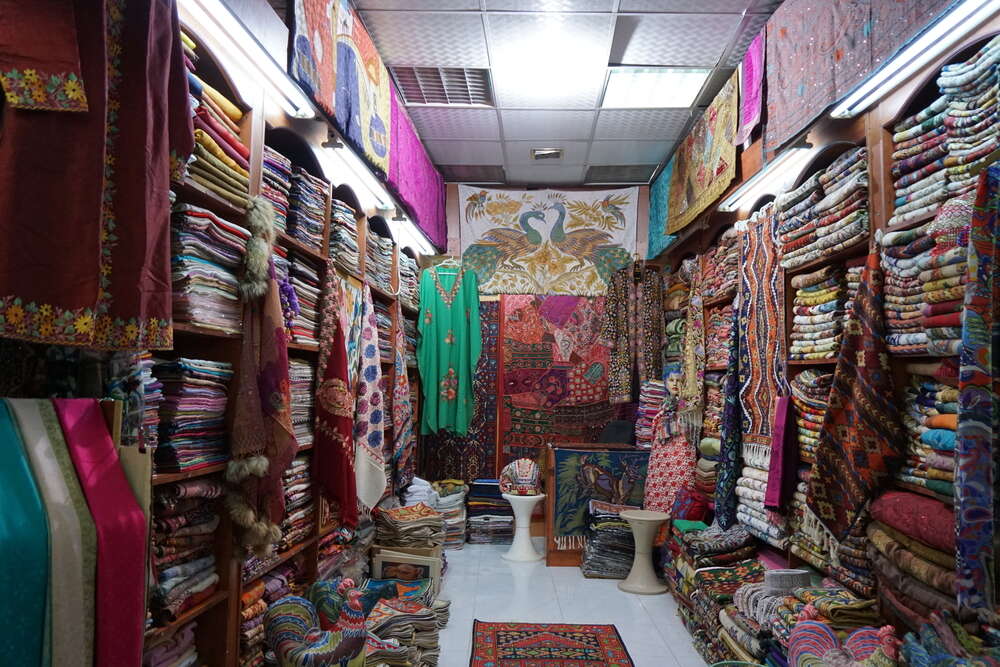 From Muttrah, you can walk to Riyam Park, which is the favorite resting place of the capital's inhabitants, and photograph along the way a couple of forts on the rocks and a giant incense bowl, the Giant Incense Burner, the symbol of Muscat. And if you go along the promenade even further, then you can get to the area of Al Alam Palace through the old Muscat Gate. In addition to the palace itself, there are many museums in the area, the most interesting of which is the Bait Al Zubair Museum of Omani Culture. It is equipped in a traditional house with interior items preserved from the middle of the last century. 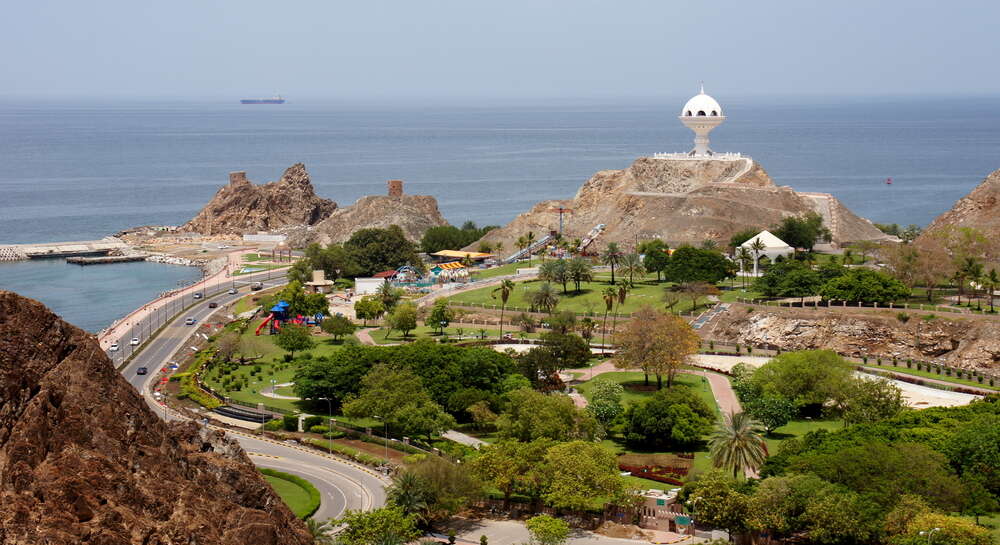 The majestic Sultan Qaboos Grand Mosque looks equally impressive in the rays of daylight and in the evening illumination, and inside, you can see a handmade carpet, that weighs 21 tons and a huge chandelier strewn with Swarovski crystals. If the decoration of the prayer rooms and a muezzin's voice under the arches of the mosque did not impress you, then go to the Royal Opera. The acoustics are simply stunning there, and the interior is magnificent and rich in the Sultan's style. 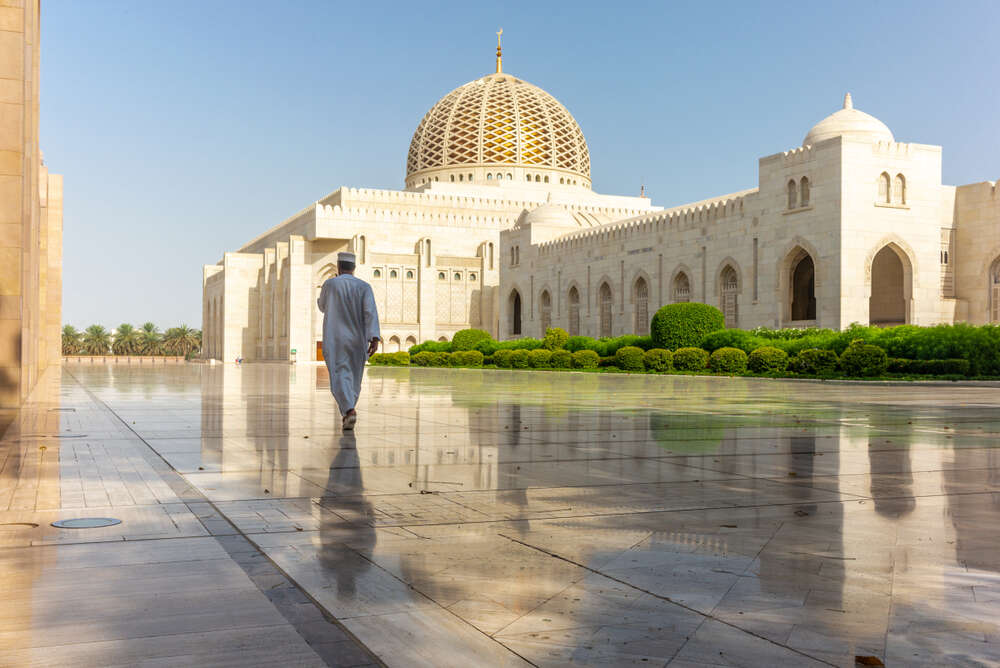 From Muscat, you can go for half a day to the oasis of Wadi Shaab. An hour and a half drive, and you will find yourself in a picturesque gorge with a crystal-clear lake, where you can swim. And in the cave near the waterfall, you can take a lot of impressive insta photos or imagine yourself a medieval pirate in search of treasure. 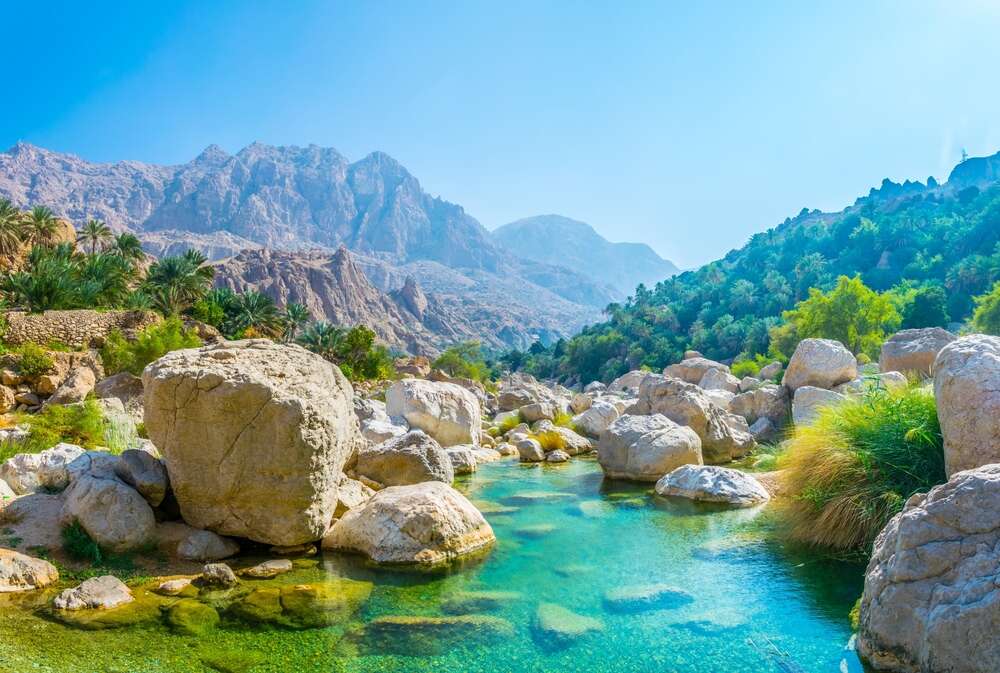 The Land of Luxury and Wealth: What to See in the UAE

The revived oriental tale of Nizwa

If you drive a hundred kilometers southwest of Muscat, you can get into the scenery of One Thousand and One Nights. The town of Nizwa used to be the capital of Oman, and it is a real historical open-air museum now. Every Friday in the Nizwa market, as well as hundreds of years before, men in snow-white gowns bargain for livestock, an impressive collection of antiquities is exhibited in the historical museum, and each street is a ready-made background for the filming of a new episode about Aladdin and the King of Thieves or Sinbad the Sailor. 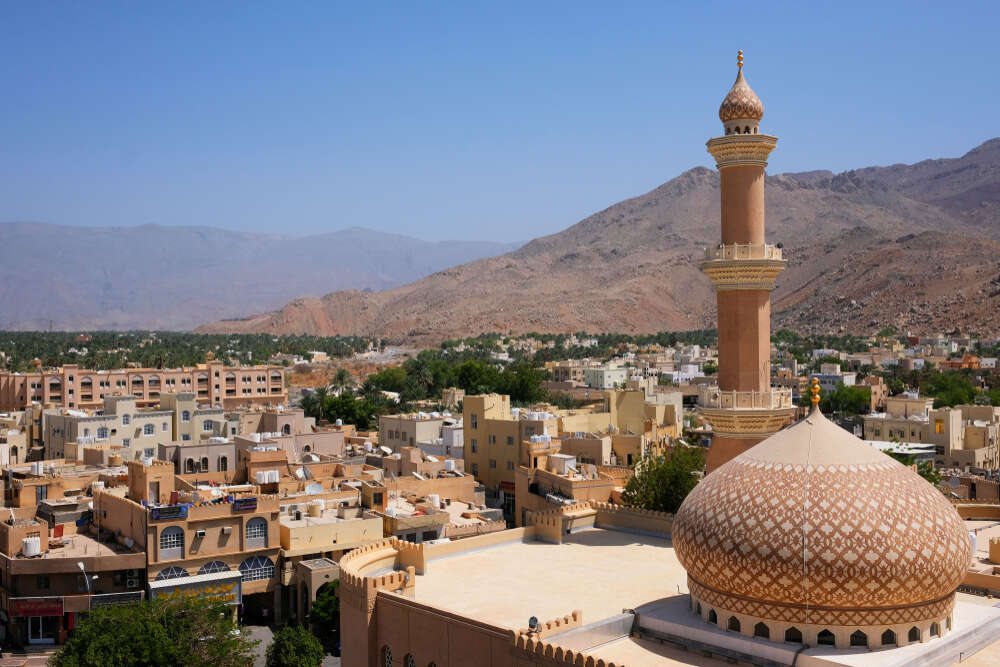 And, of course, there are a lot of fortresses. What would Oman be without them? You can walk around the central fortress of Nizwa for a couple of hours, its walls offer a great view of the mountains surrounding the city. Another fortification worth visiting is Bahla Fort.

Sur: the capital of shipbuilders

Sur used to be the center of shipbuilding in ancient times. It is here, where the famous dhows were built. These were ships, on which Omani sailors conquered most of the east coast of Africa. Nowadays, ships are still being built in Sur, however, it is for other purposes, and you can watch this process at one of the shipyards. And if you are interested in fortresses, you can take a walk to Jalan Bani Bu Ali Fort, the oldest fort in the country. 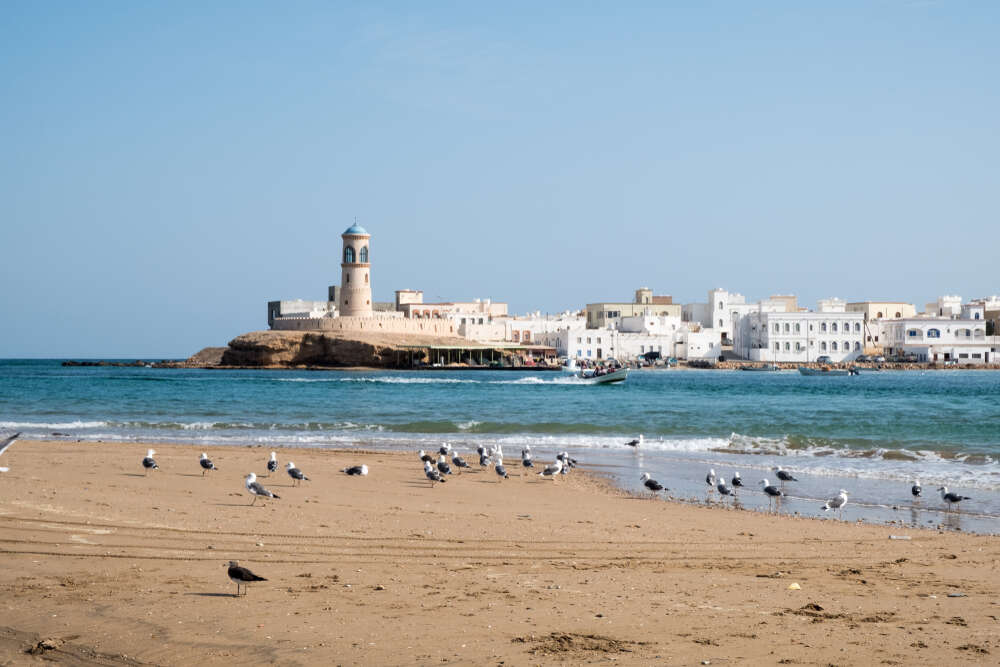 There are a lot of interesting things in the surroundings of Sur. Firstly, the best beaches in Oman are here. Secondly, near the city, there is a reserve Ras Al Hadd, which was chosen by giant turtles. If you predict the season, you can see for yourself, how small baby turtles crawl out of the sand and set off on their first trip.

If you can get to Sur from Muscat within 3-4 hours, then the way to Salalah will take much longer, because this city is located in the very south of the country, near the border with Yemen. Why go so far? For the unique artifacts of antiquity. 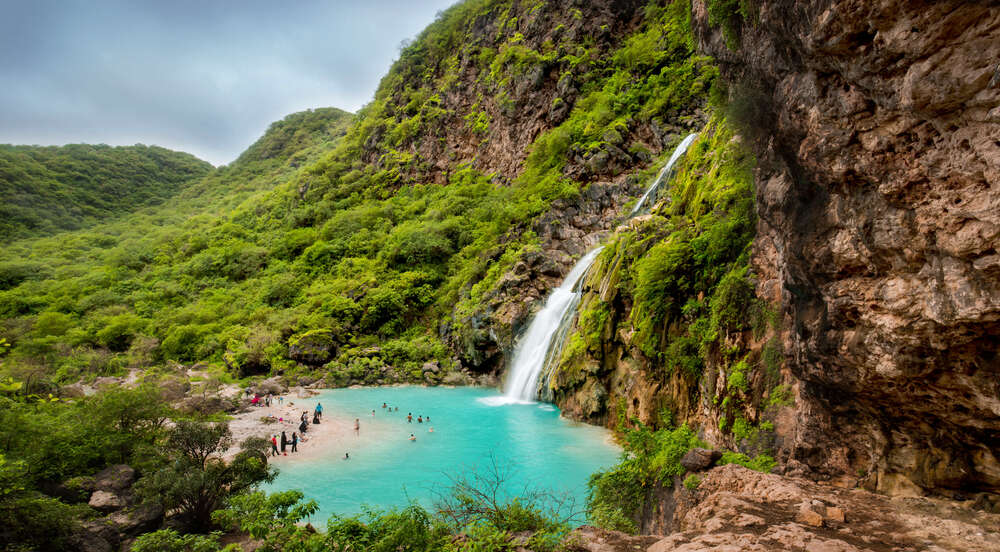 This green oasis in the middle of endless sands is homeland of Sultan Qaboos bin Said, the most famous ruler of Oman, during whose reign the country flourished. Anyway, tourists come here not only for nature, but also for the ruins of ancient settlements. The remains of the Queen of Sheba's Palace in the Sumharam district, the grave of the prophet Jacob, the village of Taka with watchtowers, whose age is hundreds and hundreds of years. And the incense extraction area around Salalah is included in the UNESCO list.

A separate point of the tourism program in Oman is food. Lamb is at the heart of the cuisine, it can be fried, boiled, and served with vegetables. The most famous dish is shuwaa, a whole carcass of a young lamb fried on charcoals, and mishkaki is a spit lamb. Fish dishes are also popular, sun-dried laham or charcoal-fried mashuai. 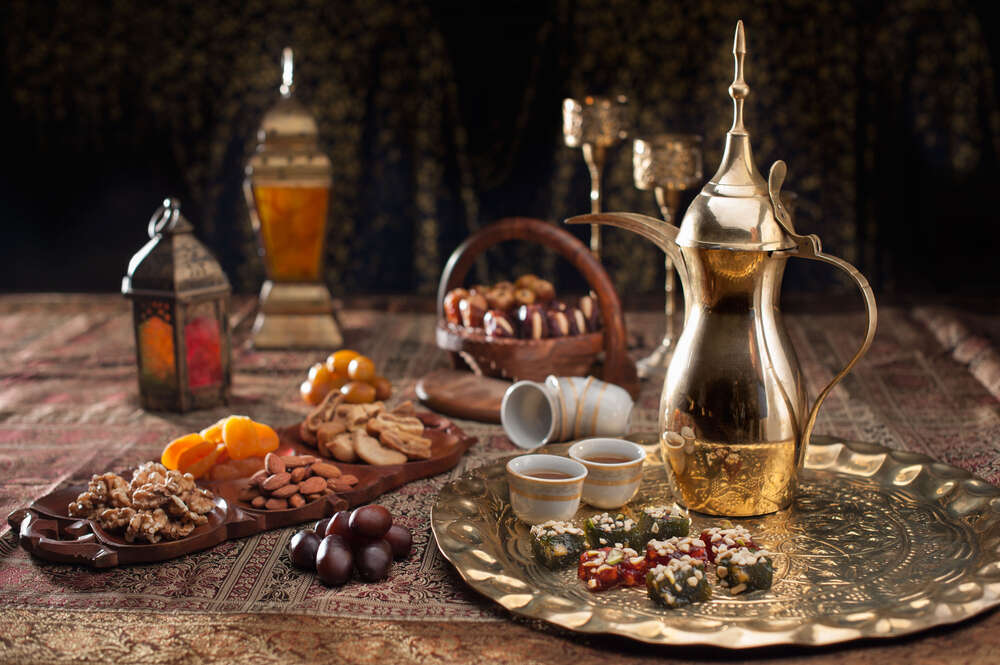 Omani coffee is not just a drink, it is a whole ritual. It is served in a minted high coffee pot with traditional oriental sweets such as halva and baklava.

Oman is one of the most liberal and safe countries on the Arabian Peninsula. During the reign of Sultan Qaboos, it gradually turned from a state with harsh customs and high religiosity into a very pleasant place for a European. 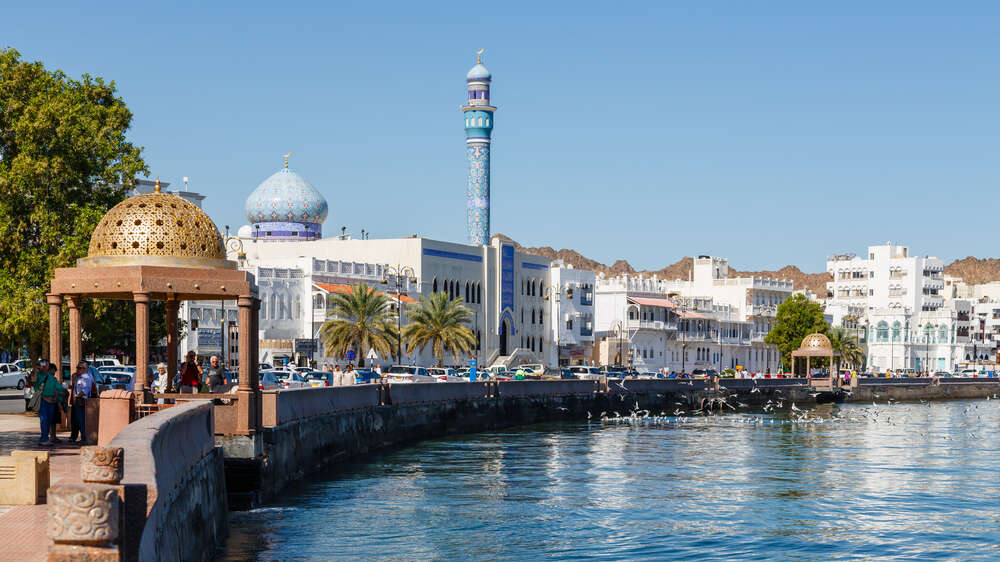 Although Oman is a Muslim country, women do not have to wear a burqa or cover their heads. In Muscat, you can see not only Europeans in shorts and skirts, but also locals in familiar Western-style clothes, although there are also enough traditionally dressed. Women are not recommended to bare their shoulders and knees, wear clothes with a deep neckline and sunbathe topless on beaches. The country has a very negative attitude to alcohol. Of course, you can find a wine list in the restaurant, but drinking alcohol in public places or walking drunk on the street is punishable by law.

In Oman, such type of accommodation as apartment hotels is very common. For 30-40 euros per night, you can rent a full apartment with one or two bedrooms, a living room and a kitchen. Products in local supermarkets, for example, in the Spar chain, are very cheap, and the choice is no worse than the European one. 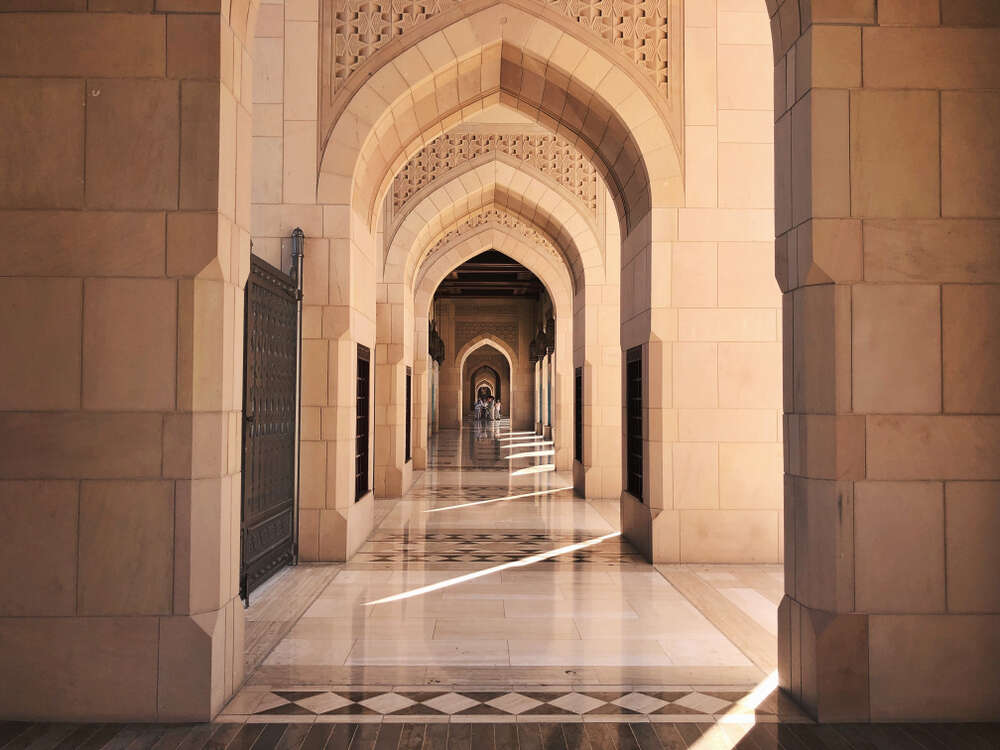 Many tourists prefer to explore Oman with a rented car, this is the most convenient way to enjoy the stunning nature of the country, find the most picturesque beaches or admire the desert and mountains all alone. In order to rent a car, you must be at least 21 years old and have a year of driving experience as well as an international driving license. Can't you drive? It's okay, there is a bus service between the major cities of Oman, the buses are very comfortable, with air conditioning and free Wi-Fi (which, however, can sometimes be connected only with a local SIM card). 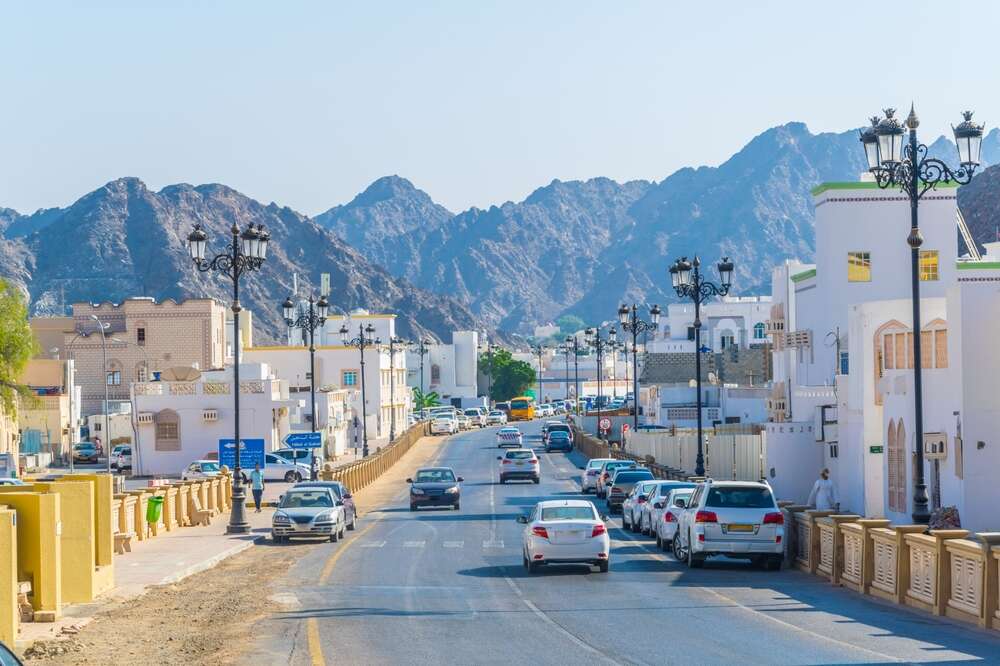 Oman is an enchanting oriental tale that can win your heart at a glance. Ancient history and picturesque nature, a high level of safety and comfort, delicious food - all this makes Oman very attractive for tourists.