Yearly thousands of viewers come to the Arnold Schwarzenegger Museum, which is in Thal village by the Austrian town Graz. Just for 9 euro, everyone can walk through the rooms, which remember Iron Arny as a child and in his teens.

Hard to believe the world biggest cinema star of the 90th lived in the austere atmosphere, near to poverty. How that brave smiled boy managed to rose above himself? Why did he pose a challenge to the family? Why did not he come to his father's funeral? How did he happen in the other hemisphere? These walls know lots of secrets. 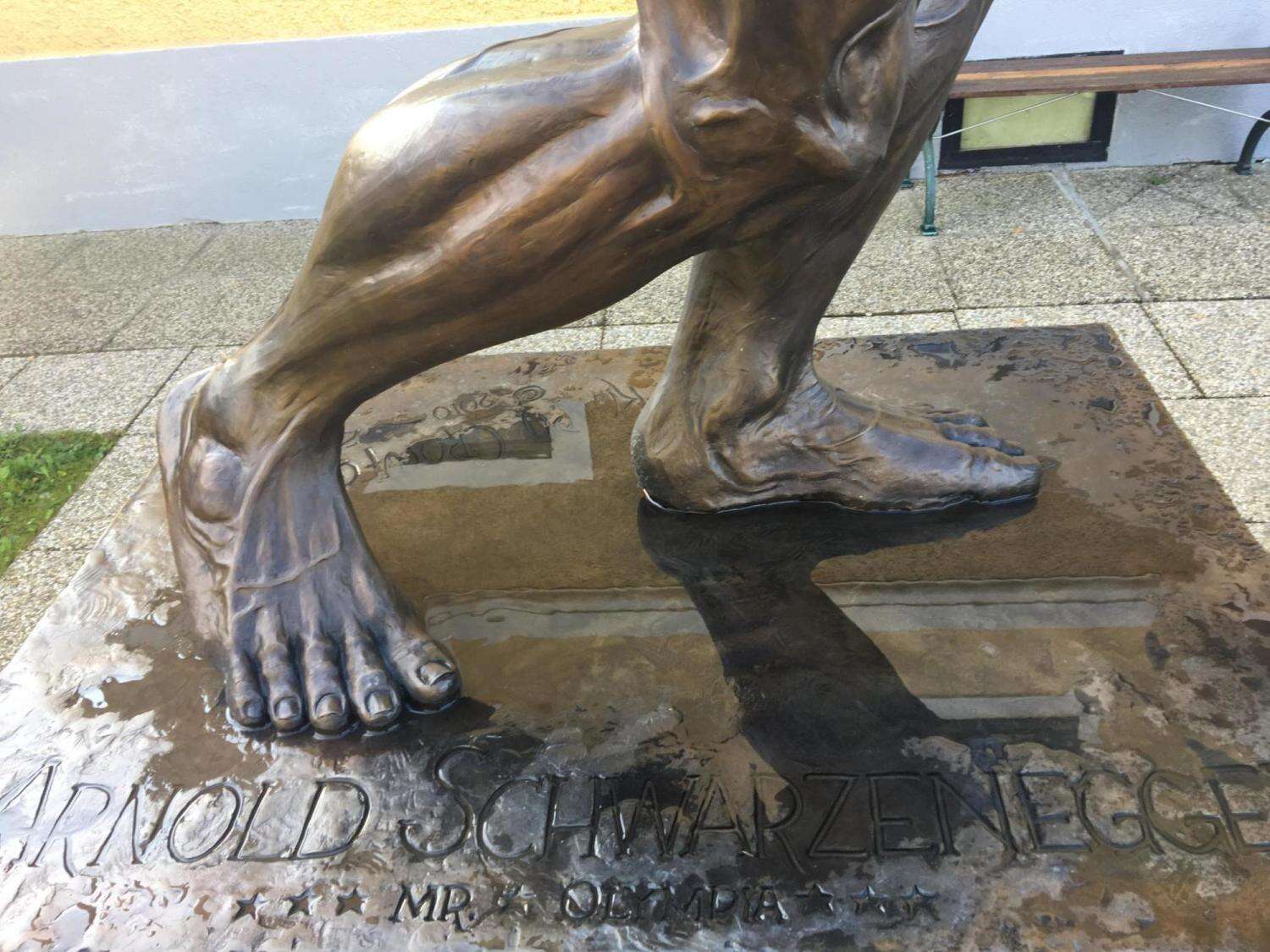 Peter Udl, Arnold’s classmate, opened the Arnold Schwarzenegger’s Museum in October 2011. It was in the very house where actor lived from the birth till his 19. The building was bought, and furnishing was recreated by actor’s recollections. For example, a kitchen room was reactivated to the smallest details, same it is in Arnold’s mind. It is amazing such a tremendous man was bread in that toy room. The Arny’s figure and exposure area do not fit.

Schwarzenegger personally handed over to the museum his narrow iron cot, sports outfit and posters. An exact copy of the work table, the one Arny worked at in his governor-days, was re-created to order. 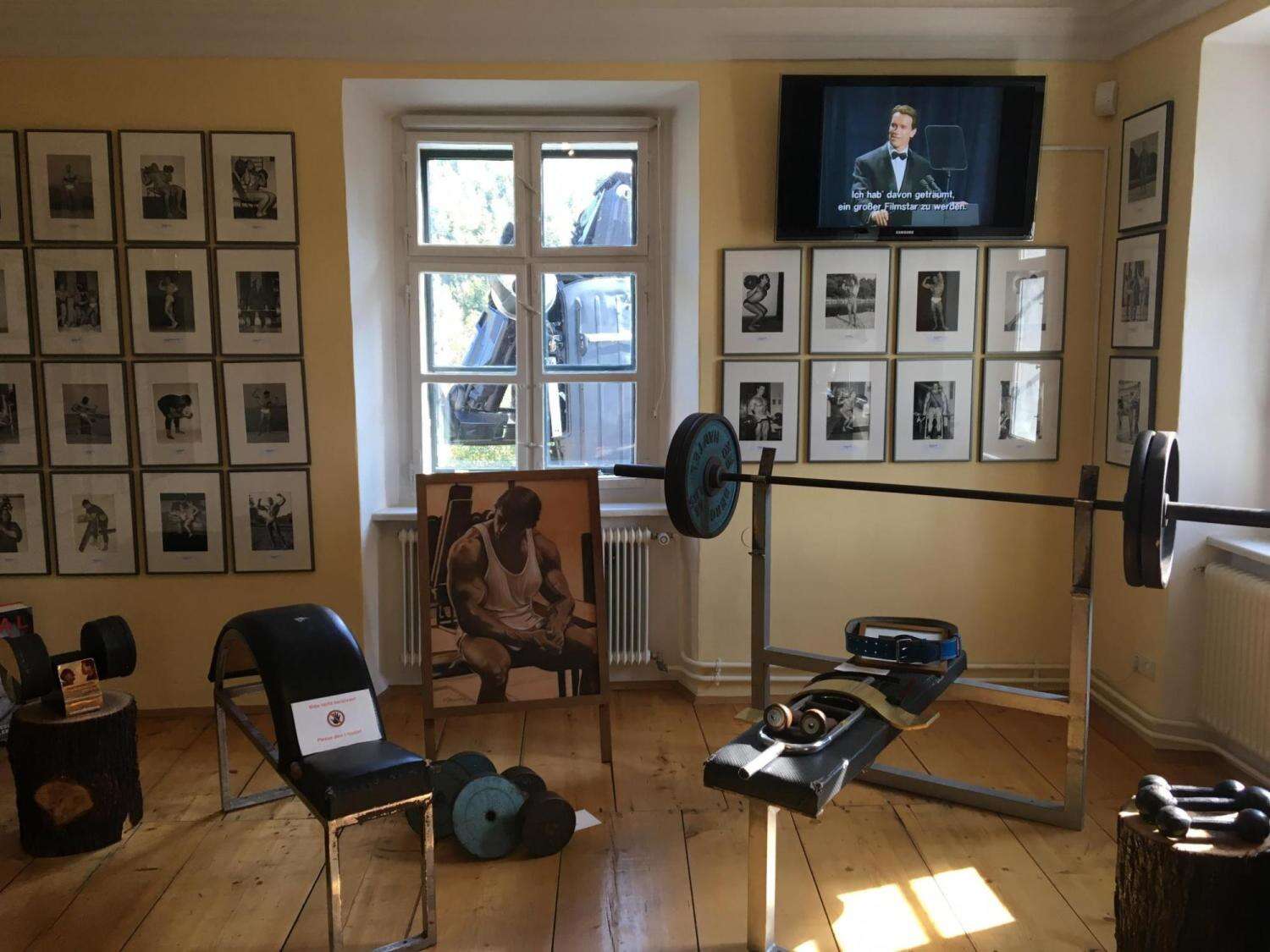 There are 3 rooms on the first floor of the house; one of the rooms is arranged to the office with the pictures and election posters on the walls. Wax figures of the most popular Arnold’s film characters and his legend motorcycle. Each can shake California governor’s hand; get closer to the Robot, which saved humanity. 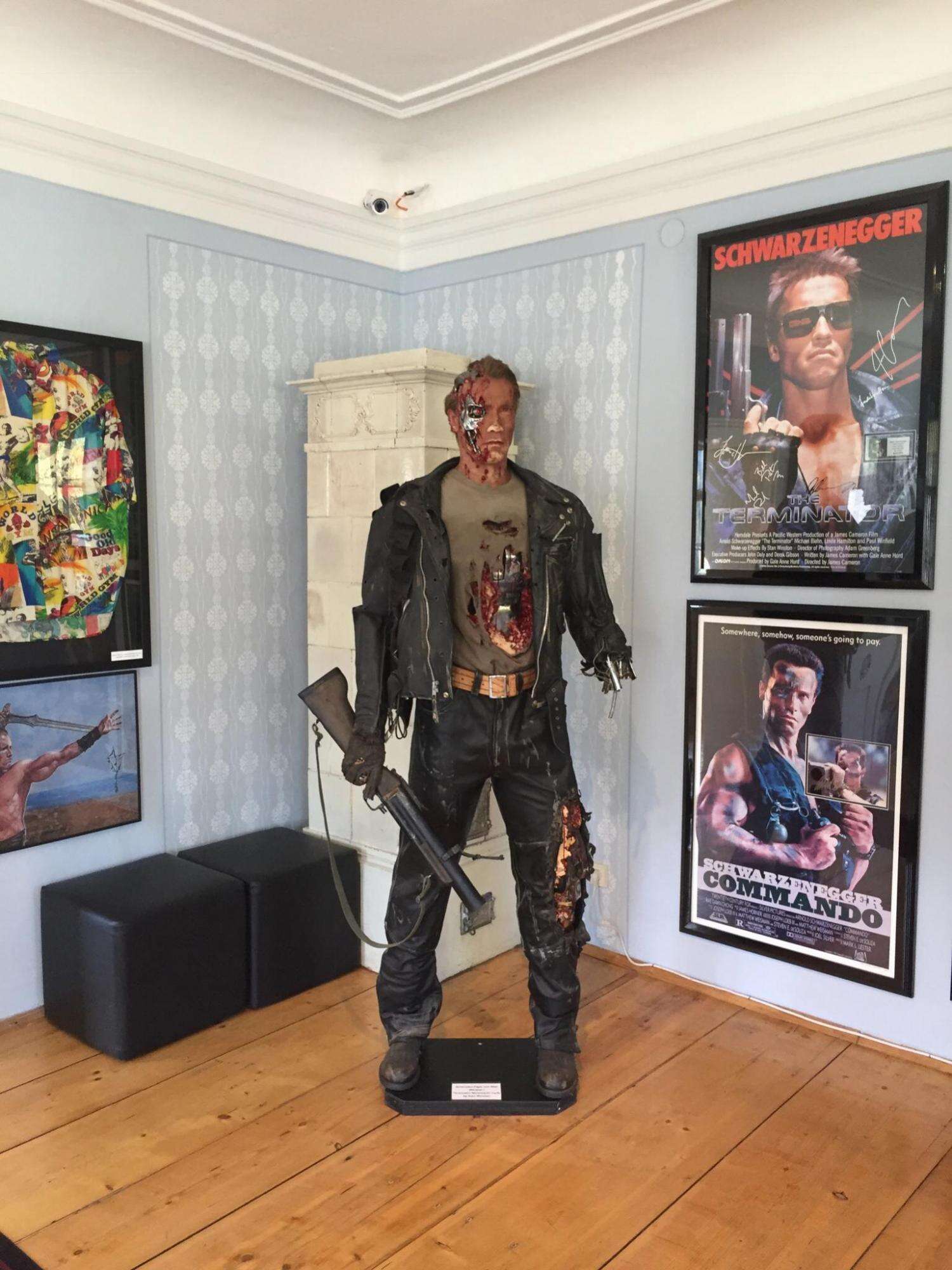 True lavatory of old-days is saved in the house. It is forbidden to use it on purpose. But visitors still wonder at it, as soil pipe goes out straight at the street, like in the old houses. That people did not know what a water pipe is in the middle of 20th century. 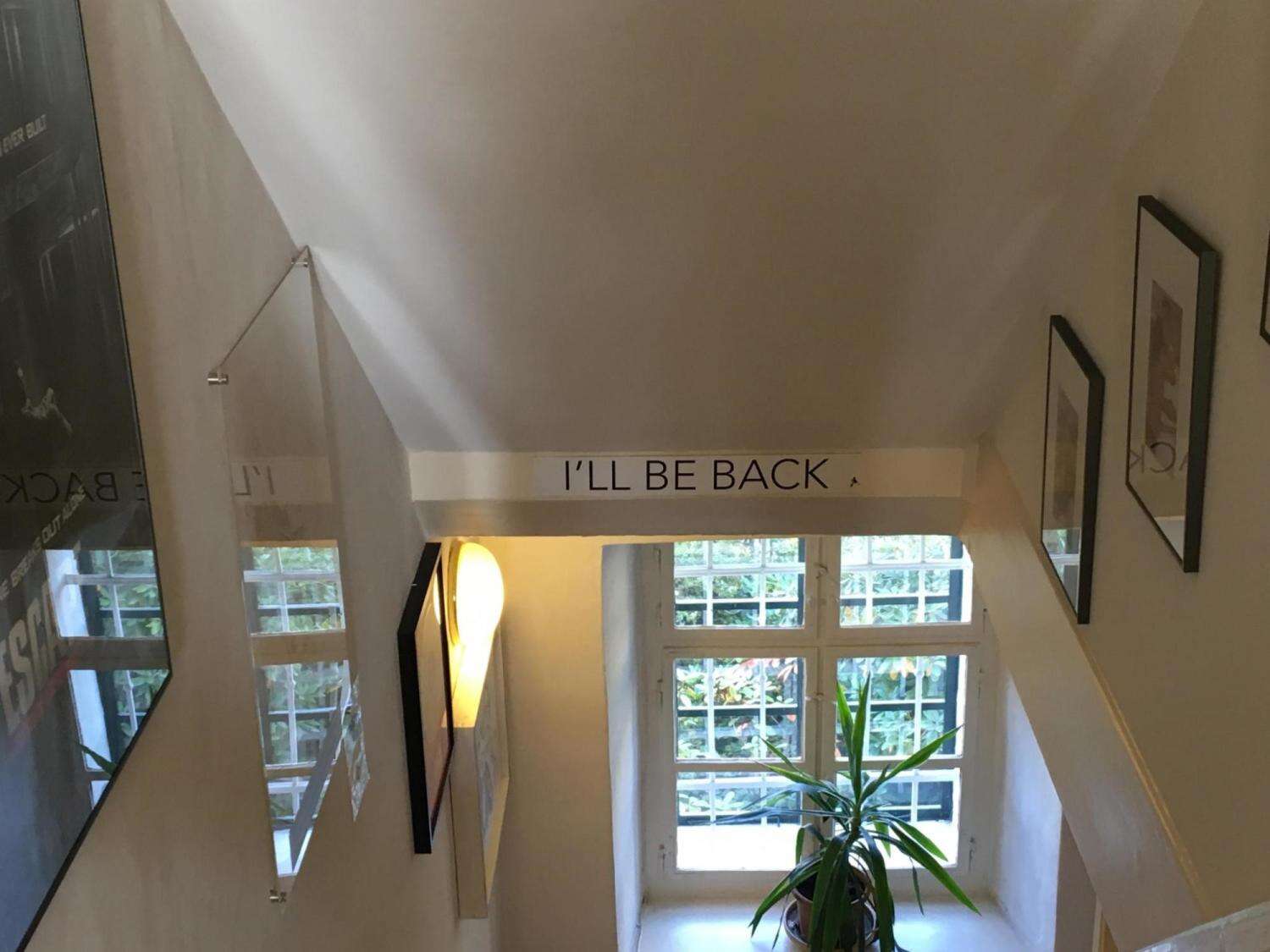 Unusual monument and nameplate differ a two-storey building with the low-level fence. Little yard leads to the cozy garden, in which Arnold used to play with his brother. Viewers may have a rest and make a light meal in the tree shade at the garden table, which is rough wood hammered. The garden faces a wonderful view of the Thal place with its sweet Austrian houses. Sitting on the bench, on which used to sit little Arny, people imagine his childhood years.

His father – Gustav Schwarzenegger – was a member of the National Socialist German Workers Party. Nuremberg process recognized its ideology as one of the main causes of the Second World War. Though Gustav did not take personal part in the military crimes, and after the war became a Head of local police. 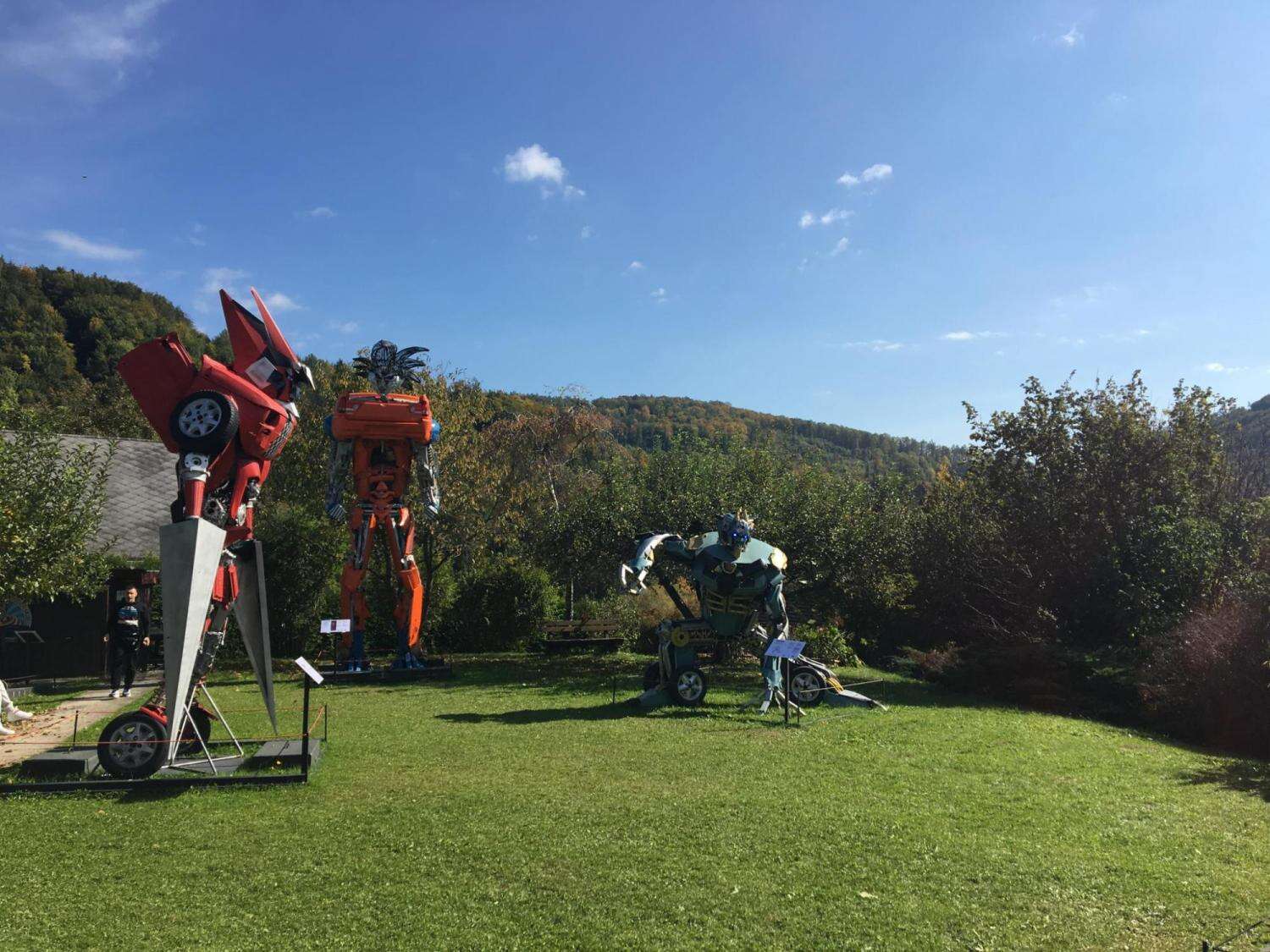 Being hard-hearted father practiced physical punishment. From the early years boys were used to the hands-on work. Moreover Gustav doubted if Arnold was his biological son, so his rare tendency was towards his elder son. Arny could only dream to get away from home place.

He was a big fan of actors and bodybuilders Reg Park and Steve Reeves, who he saw in the local cinema. That is how his bodybuilding passion occurred. Father did not like Arnold’s hobby and it caused shouting matches. ‘Instead of weights, it would be better to split wood,’ – were his father’s usual words. But Arnold went forward training. He was visiting gym for 14 years old, not missing a day. On the weekends he climbed to the closed gym through the window and was training alone, working hard on muscles building. 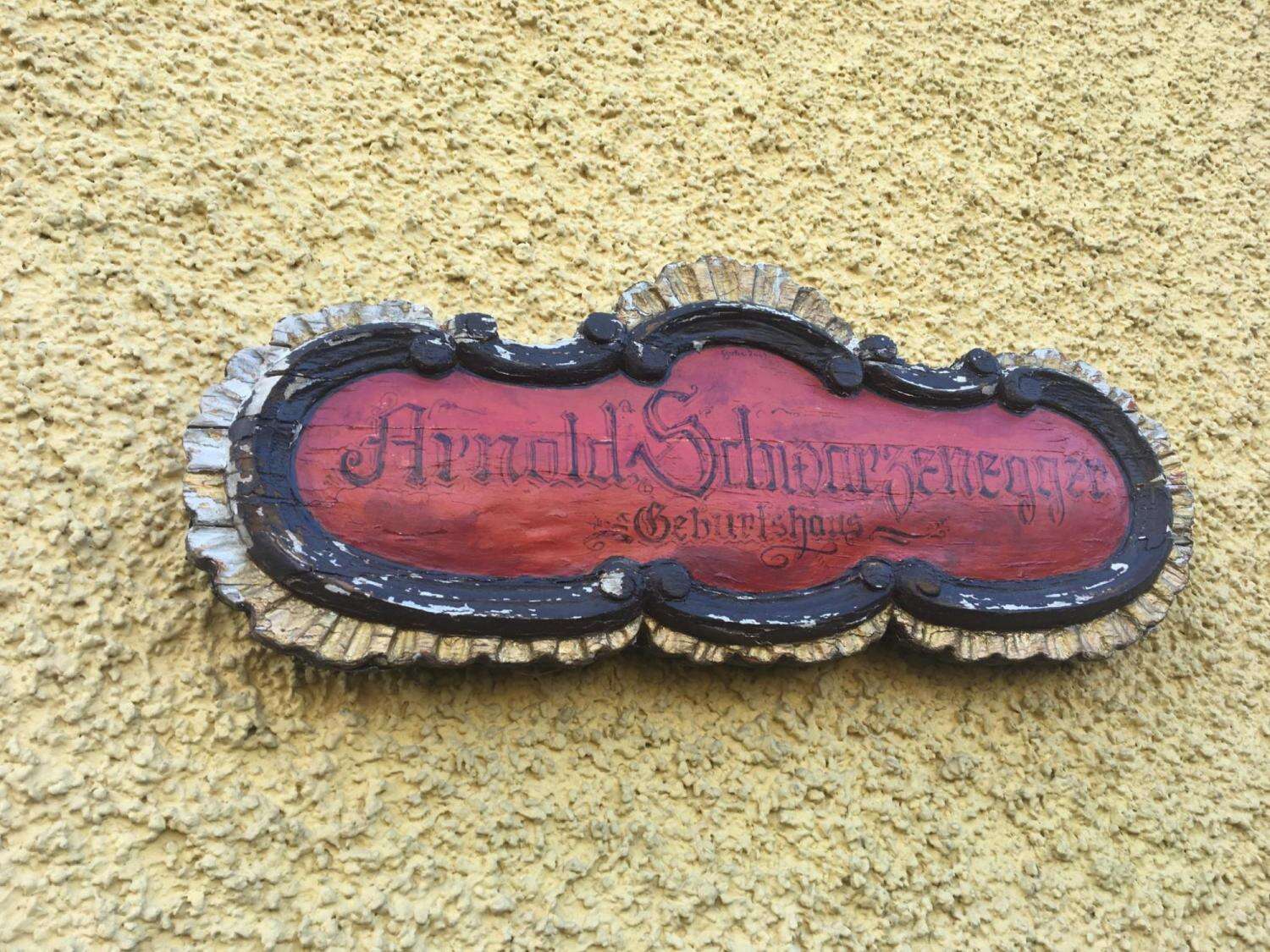 Drafting in the army was his first long escape. The giant was taken to the task forces and he was happy than ever. During the service time, he managed to drown a tank in the river and break a hangar wall. Abandonment of post is also about him. Schwarzenegger runs away for the International Bodybuilders’ Competition “Mr. Europe” and took his first place among juniors. The adventure lasted by a disciplinary segregation. But when a command knew about Arnold’s success, they let him out and also rewarded with a home leave. But Schwarzenegger was not eager to get back home. Each ear set him apart with the homeland. 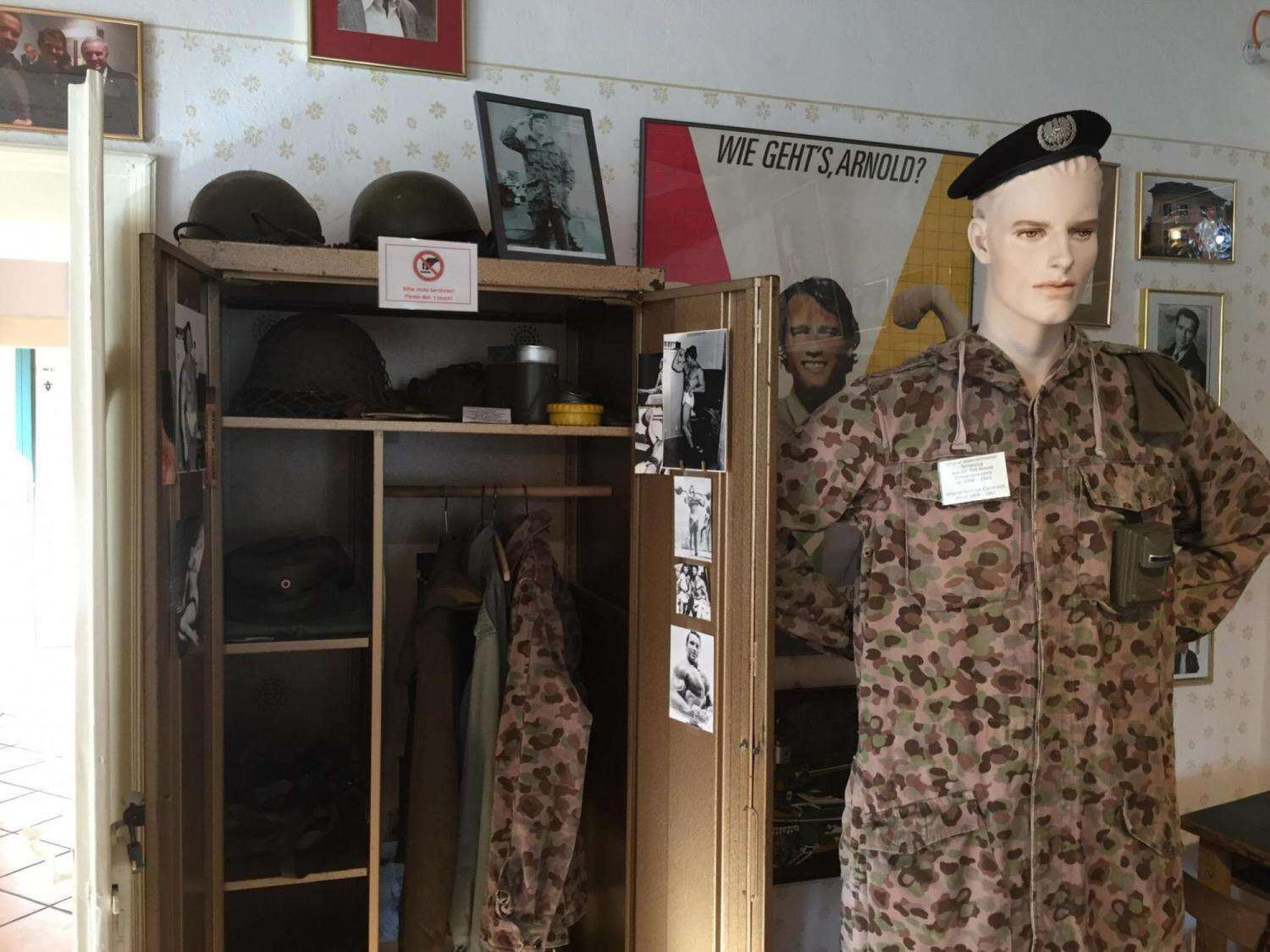 He made his home in California. And when got to know about his father’s death, did not go for the funeral. Later in the interview to «Fortune» magazine, he runs back: “What the father did to us is now called child abuse. He wrested my hair to shreds. Belted till the blood. I know our neighbour did the same to his kids. He was not the only one. It was usual thing in Austria and Germany. They were not interested in personality. They were focused on absolute abidance. A lot of lives were broken then….’ 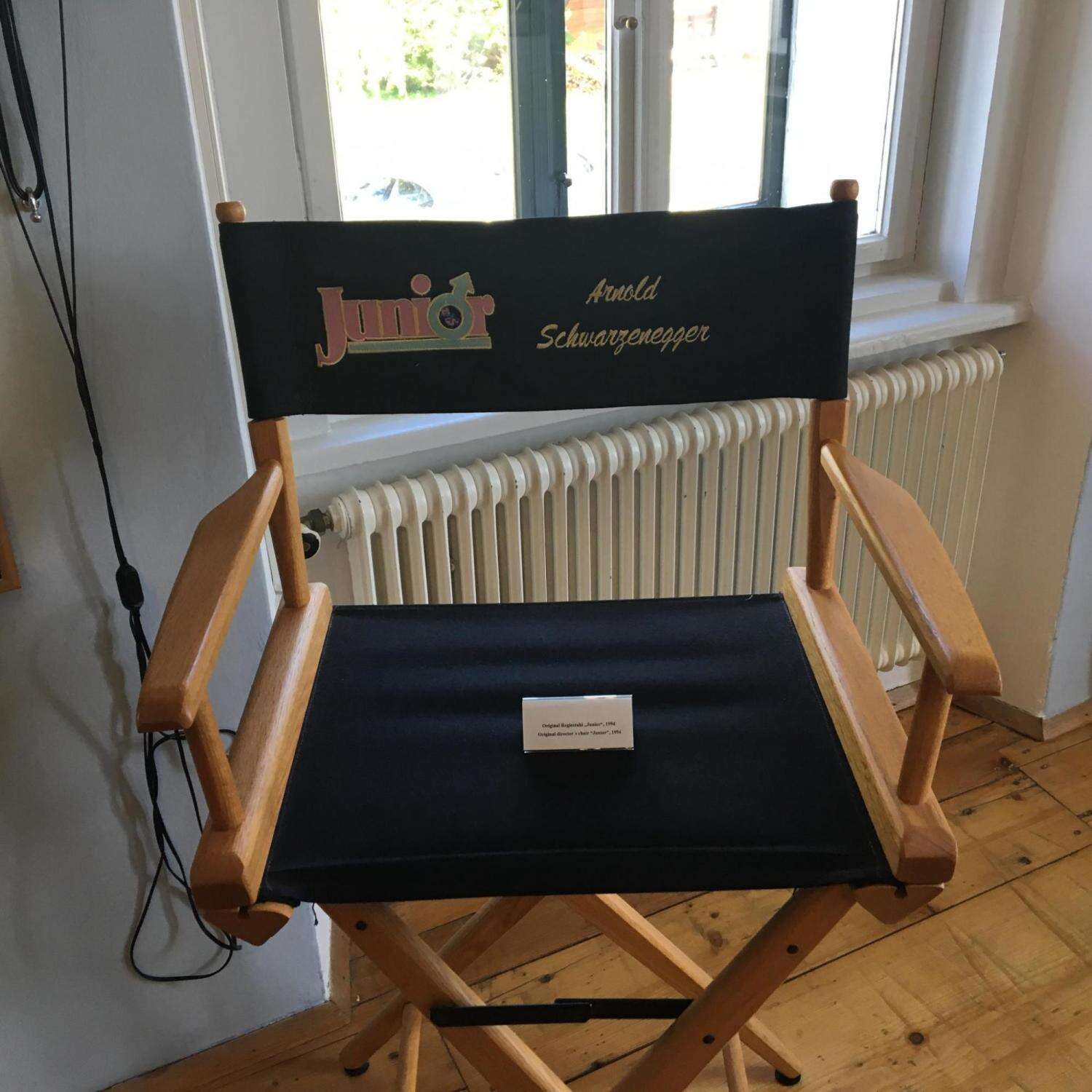 Schwarzenegger is 71 now. He visits his mother house, eagerly takes part in the museum’s life and opens exhibitions. Native walls occurred to be of higher importance for the grievances. Today Arnold is reconciled to his birth home and tends to be grateful for the father’s cruelty. In his autobiography, he writes: “When a child, I loved my father very much. I admired him. I wanted to be like him. Later I hated the pressure which was on us. Afterwards, I was thinking whether I would leave Austria had my father been more loving? Perhaps I would not. And that might have been the worst thing which could have happened to my life.”