It seems to us sometimes, that some of our desires can be only dreams. How much power do we have over our achievements? The answer is obvious - one hundred percent! You just need to really want something, work hard in this direction and make sure to move towards the goal. Some people sought motivation in the achievements of others, and very soon, they became the motivation for many others. It is only a matter of time and effort. Do you want to get a shot of inspiration? Travellizy is sure that after reading this article, you will want to move mountains and take the direct approach to your dream. Here is an incredibly interesting selection of travelers from the Guinness Book of Records:

A mountaineer climbed the 14 highest mountains in the world

The 36-year-old Nirmal Purja summited the 14th mountain in a row on December 26, 2019. We are talking about the highest mountains in the world, whose height is over 8 thousand meters. It took Nirmal 7 months to achieve this record. Having named this Project Possible - 14/7 in April 2019, Purja chose the Nepalese peak Annapurna for launch. Its height is 8091 meters. Climbing it is considered to be one of the most dangerous. Unfortunately, a third of mountaineers who want to conquer this mountain never reach the top. 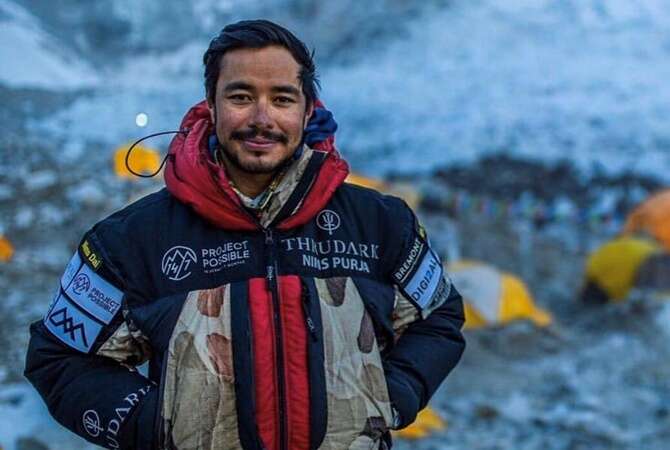 From May 12 to 24, Nimal managed to climb the 5 eight-thousanders of Nepal. Among these mountains is the famous Everest. It was with his picture from the top of Everest, that the Nepalese attracted the attention of the whole world. After that, in July, the mountaineer went to Pakistan and in 23 days climbed another 5 eight-thousanders. Next were the last three peaks in the Himalayas, Nepal and China. The Nepalese admitted that the path was very difficult and during his ascents he saved 4 other mountaineers.

His first experience was in 2012, at the base camp on Everest. Then he did not return, but climbed to the top. In total, Nirmal set 3 Guinness world records: the fastest passage from the peak of Everest to the peak of Lhotse - 10 hours 15 minutes; the fastest ascent to the three highest eight-thousanders Everest, Lhotse and Makalu - 5 days; he also became the first person in the world to climb Everest twice in one season.

Lexi Alford, a 21-year-old American, despite her young age, managed to visit all countries of the world. The Guinness Book of Record recorded this achievement and marked Lexi as the youngest traveler in history to travel the entire planet. 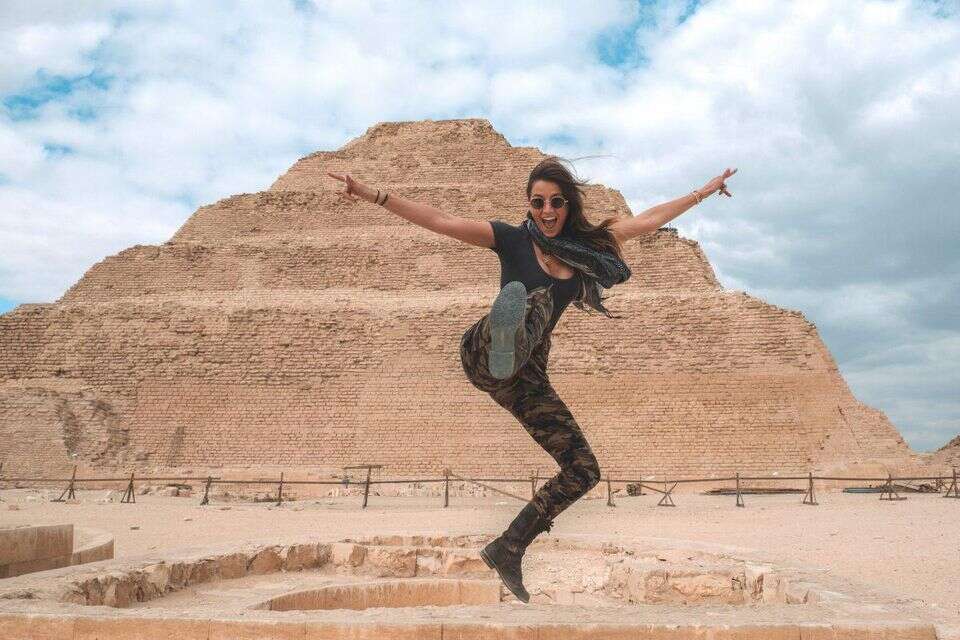 On May 31, 2019, Lexi visited North Korea, her 196th country. The girl was born in a rather ordinary family, but her parents are the owners of a travel agency. From childhood, she traveled with her parents and, without suspecting it, worked on her goal. By the age of 18, there were already 72 countries on Lexi's travel list. It was then that the girl set herself the goal - to visit all countries of the world. Since the girl paid for all the trips on her own, she met various conditions of travel and overnight. In order to save money, she spent the night in hostels and low-cost hotels and did not use mobile communications. Lexi took three years to achieve her cherished goal.

A Russian traveled around the world in a hot air balloon

Fedor Konyukhov, a traveler from Russia, set one of the most important records for hot air balloons in 2016. 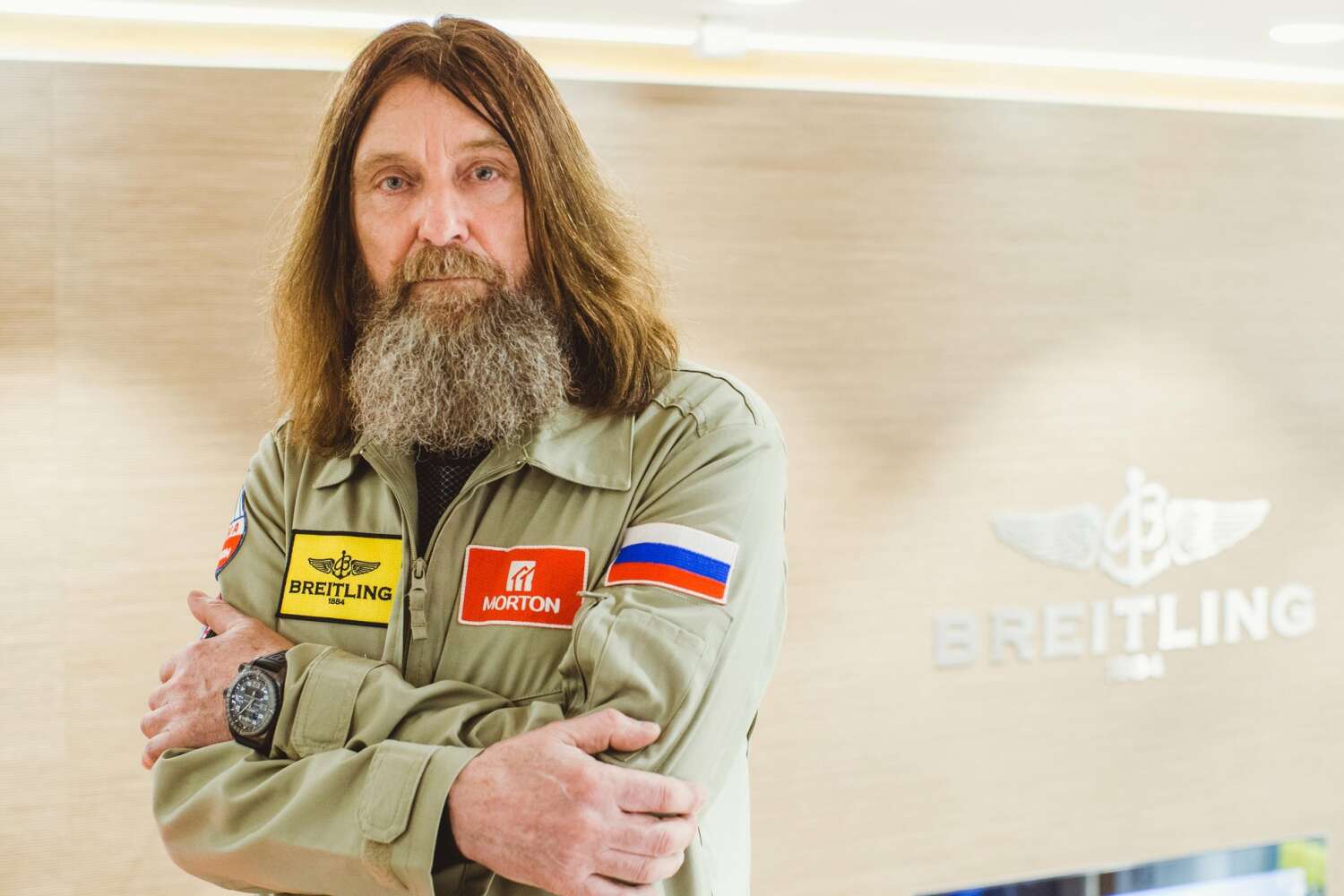 In just 11 days, 5 hours and 11 minutes, he single-handedly traveled around the world, breaking the previous record by 51 hours and 22 minutes. Fedor's path was not easy. All the days of the trip, he did not sleep longer than 30 minutes, and the air temperature in the cabin did not rise above zero. He started from Australia in his Morton hot-air balloon. Having circled over the Earth, Fedor's finish line was at the launch site, in Australia. Alongside, he set a range record. All his way was 33 521 km. Prior to that, both of these records belonged to the American Steve Fossett. A 65-year-old traveler does not intend to stop. His further dream is to go up in the stratosphere to an altitude of 25 km.

Laura Dekker, a Dutch traveler, completely denied the saying that a ship is no place for a woman. The young yachtswoman went around the world solo on a yacht and set a record as the youngest traveler. On January 20, 2011, she left on her yacht from Sint Maarten in the Caribbean and, having circled the Earth, came back in place. Laura's journey lasted 519 days. 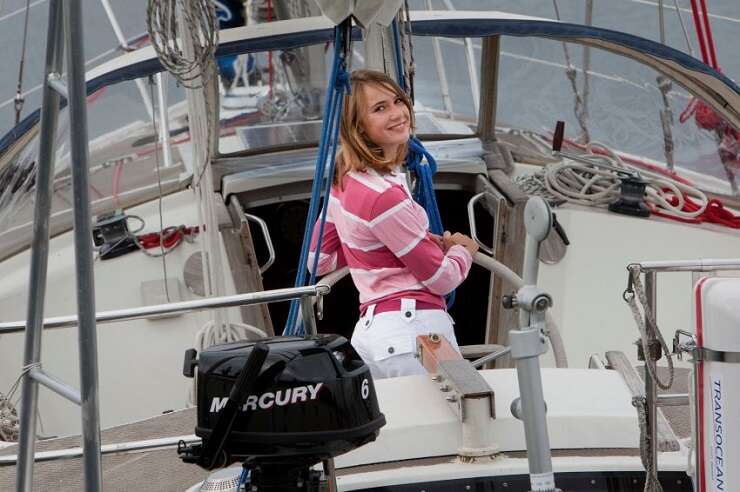 The sea has been home for Dekker since birth. She was born aboard a yacht, when her mother was in a long voyage. With the birth of the girl, this voyage did not end. Laura spent 4 years of her life aboard. Her parents are professional yachtsmen, and they taught Laura to steer a yacht from childhood. The girl had a dream of a record as early as 10 years old, and Dekker believed that it would certainly come true. And that's what happened. Laura traveled around the world for 1 year and 1 month and became the youngest yachtswoman in the world.

The longest birthday celebration ever

Has that ever happened, that you did not want your birthday to end? This is exactly the wish, that the German traveler Sven Hagemeier made. He decided to extend his holiday and thus got into the Guinness Book of Records. Sven celebrated his 26th birthday for 46 hours. Being on the plane and crossing time zones, he extended his day. Sven flew from Auckland, New Zealand to Brisbane, Australia, and then crossed the international time line in Hawaii. Thus, he traveled in time for more than 20 hours. 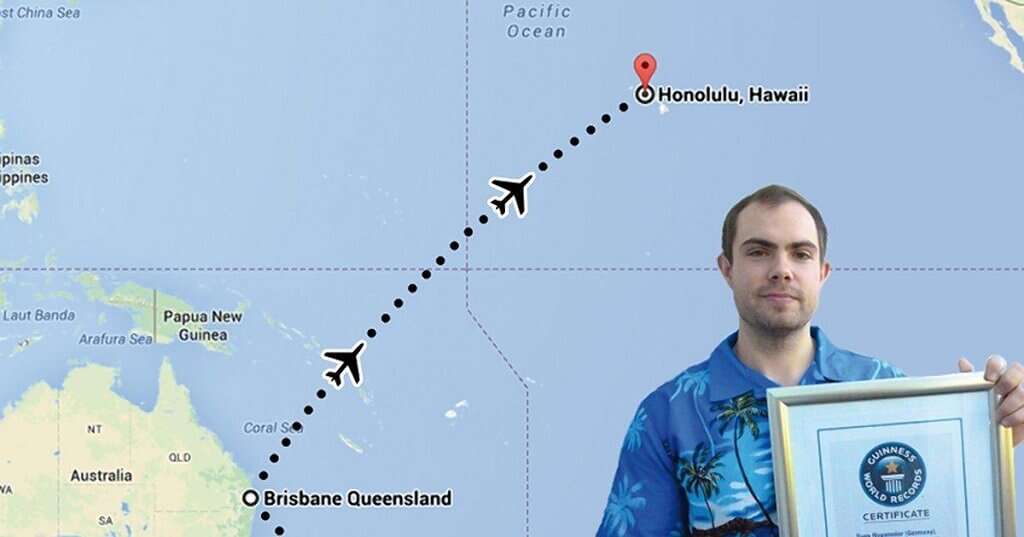 “I always asked myself if it would be possible to set a record myself", he explained. "After I found the perfect record for me, I felt confident I could become a record holder".

Nothing is impossible. There are only our fears and inaction. The desire to achieve is much higher than this. And it doesn’t matter, whether we are talking about an ordinary dream or the goal of a world record. Travellizy Team is sure: everything will work out, you just need to believe and not give up!