Go to the main page
Sahara Desert: a budget option to see the greatest wonder of the world
Travellizy team
Places

Sahara Desert: a budget option to see the greatest wonder of the world

There are places on earth that everyone would dream of seeing at least once with their own eyes. Their cosmic landscapes are like from other planets or incredible science fiction films. Photos and videos do not convey even half the real scale of this beauty. You need to see it personally, Travellizy Team is sure of it.

Where is the Sahara located and what is it known for

The Sahara, the largest desert on the globe, is about 9 million km². Sahara is located in North Africa and partially covers the territory of more than ten states - Algeria, Egypt, Libya, Mauritania, Mali, Morocco, Niger, Sudan, Tunisia and Chad, as well as the disputed territory of Western Sahara. The name “Sahara” itself is an Arabic translation of the Tuareg word “ténéré” meaning "desert". Some dunes of this desert reach 300 meters in height. 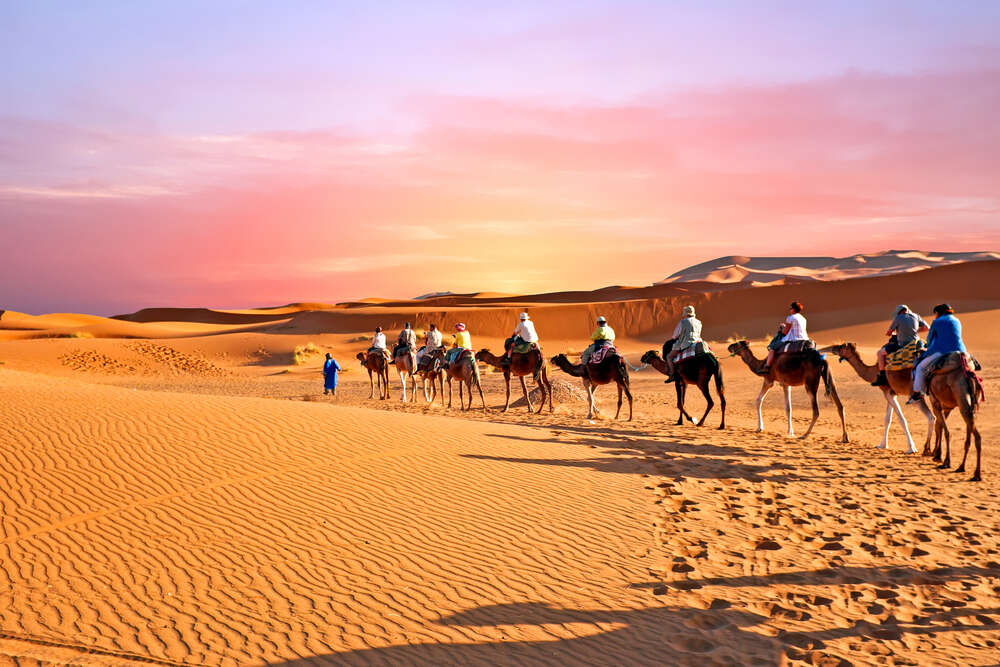 Despite the fact that the Sahara is located on the territory of such a number of states, most of these regions have long been in a very turbulent political situation.

Today, there are three countries, which offer the opportunity to visit this greatest desert without problems. These are Tunisia, Egypt and Morocco.

It is this civilized northern part of the Sahara that is most often visited by tourists.

Climate in the Sahara

The northern part of the desert is influenced by a dry subtropical climate with relatively cool winters and hot summers. The average daily temperature in summer reaches +37 ... + 39 °С, it can drop to +28 ... + 30 °С at night. In winter, the air warms up to +15 ... + 17 °C, at night, the thermometer drops to zero and even freezing is possible.

The best time to visit the Sahara is from October to May, while the daytime temperatures are acceptable for walks in the desert. 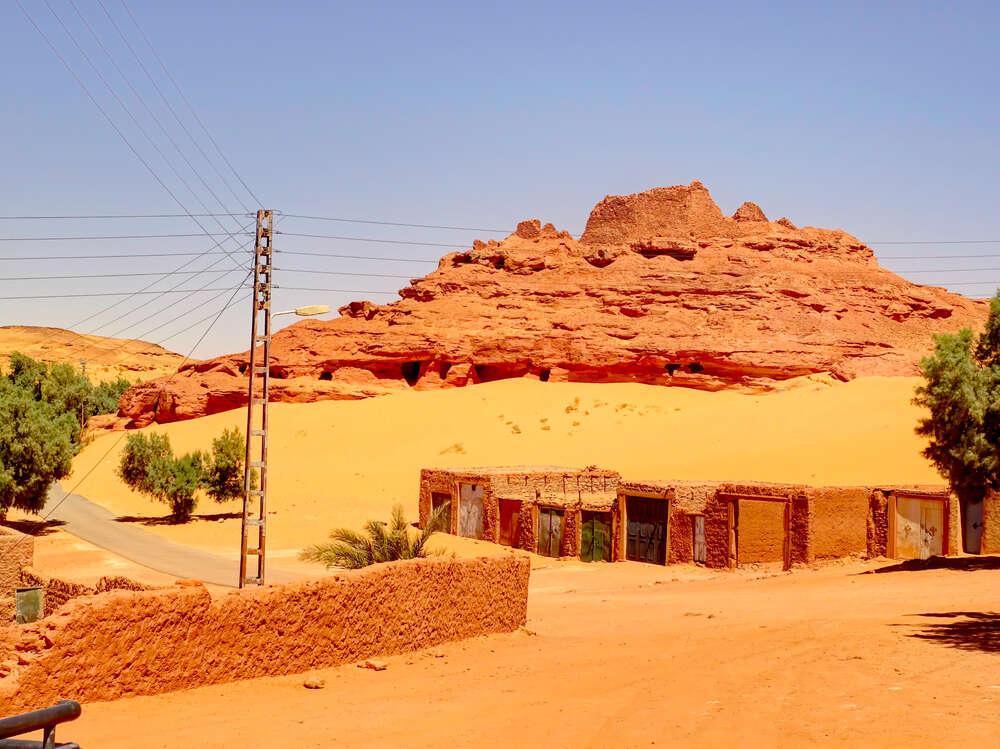 So, where should the traveler, who decided to personally meet with the indescribable beauties of the Sahara desert, go to?

Travellizy will talk about the advantages and disadvantages of each of the options and, of course, dwell in more detail on the most interesting and budget option.

For visiting the Sahara in the territory of this country, the southeastern region of Morocco will be most suitable. Some of the most popular excursions begin in the settlement of M'Hamid El Ghizlane, from where tourists are transported along a picturesque 40-kilometer route to Erg Chigaga, the heart of Moroccan Sahara. The second option of a tour of the eternal dunes starts in the town of Merzouga, east of M’ Hamid, and continues through the territory of another erg - Shebby. 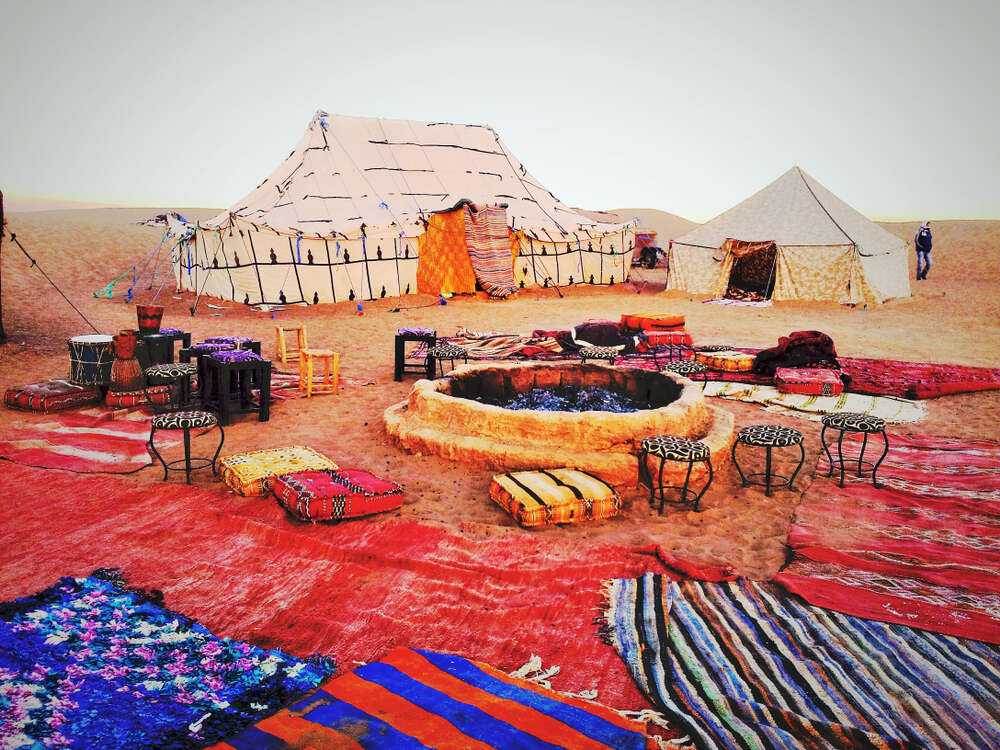 Note that on these excursions you have the opportunity to see a small part of the Sahara, without moving deeper into the desert.

Excursion price: a classic and the most inexpensive two-day desert excursion from Marrakesh is $ 90-100 per person.

Acquaintance with the Sahara is also possible in the western regions of Egypt. However, it is believed that this is not the most interesting region of the Sahara. The landscapes here are more classic desert. 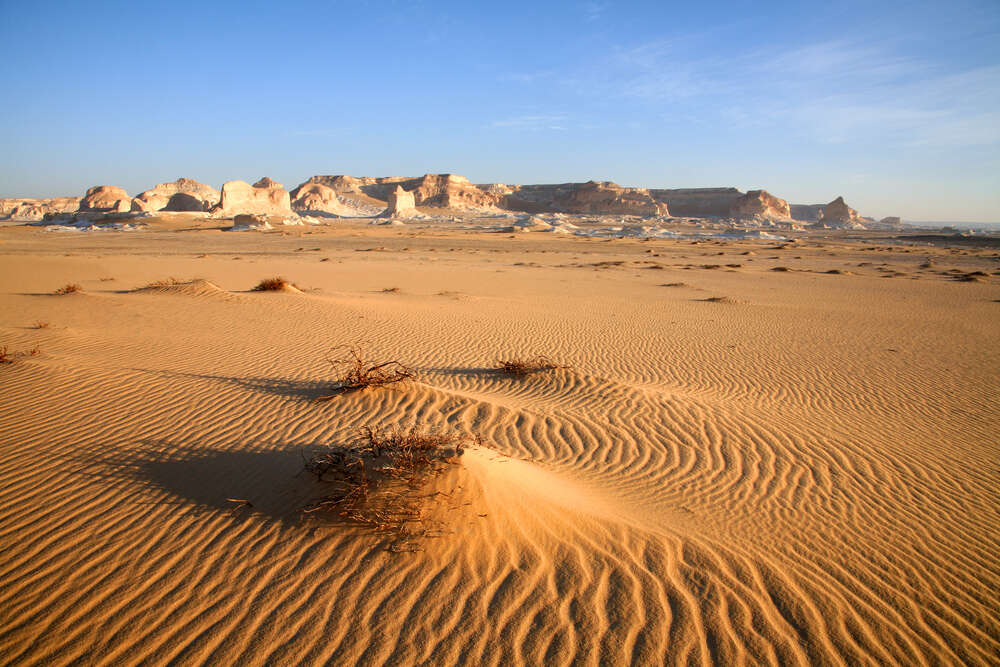 The southern oases of Al Kharj, Dahl, Farafra and Baharia are perfect starting points for excursions in the heart of the desert. Beyond the boundaries of the last settlements, endless expanses of the White and Black Deserts (these are parts of the Sahara) and the picturesque Crystal Mountains begin.

The south of Tunisia, in comparison with Egypt and Morocco, lies most deeply in the Sahara desert. Travelers who decide to see the Sahara in this country will get the finest piece of this miracle of the world. This all is because the largest variety of landscapes is collected in this part. Part of the excursion route runs along the section of Intercontinental Rally Marathon Dakar. 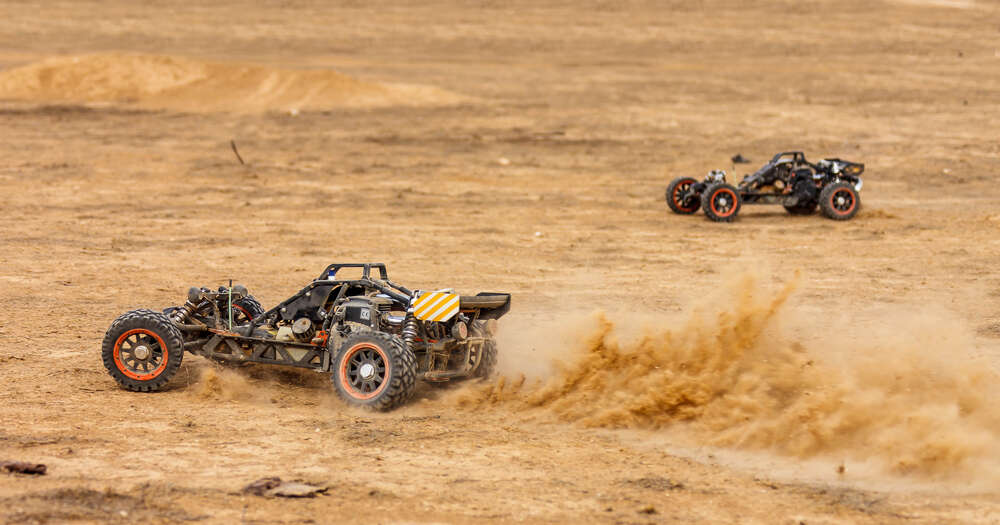 Excursions are usually offered for one or two days. We strongly recommend you to go on a two-day trip to get the whole portion of impressions.

On the first day of the tour you will visit:

● The Amphitheatre of El Jem (African Coliseum). Built in the 3rd century, it became the third largest in the Roman Empire after the Colosseum in Rome and the amphitheater of Capua.

● Matmata, a town with unique underground houses of Berber troglodytes. People still live in them. The locals are very friendly and gladly receive tourists, inviting them to try local tea, bread and fish.

● The city of Douz, also called the Gateway to the Sahara. Spaces of the Big East Erg, the real sea of sand, open to the south of the city.

One of the main highlights of the tour is an evening camel ride in the Sahara. During sunset, you travel further and further along the dunes of the majestic largest desert of the world. Your caravan stops from time to time, making it possible to rest on endless mountains of sand. The sand in these places is very fine, similar to flour. Smooth sandy hills reflect incredible sunset light, and perfect silence reigns around. This journey comes to an end when instead of the sun, a bright moon already illuminates your path ... The emotions from this walk will definitely remain in your memories for life. 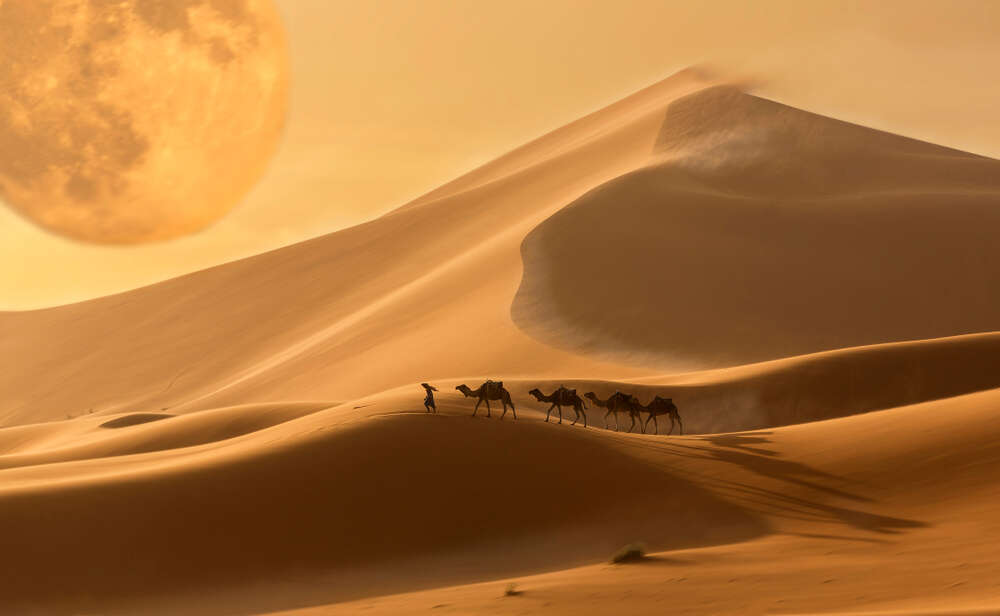 The second day is no less eventful:

● Dawn on the salt lake of Chott el Djerid, Africa's fourth largest lake. In summer, the water evaporates and the lake turns into a huge salt desert. The sun's rays are reflected from the lake, the scenery here is simply amazing.

● Zoo Du Désert, a small zoo with a dozen desert animals, as well as a collection of plants grown in an oasis.

● West of the city of Tauzar through the desert on jeeps to the place of filming of Star Wars. One of the first episodes of the world famous film was shot in this desert, since it most resembled the surface of the moon.

● Tamerza, the largest oasis of Tunisia, located in the gorge of the Atlas Mountains. 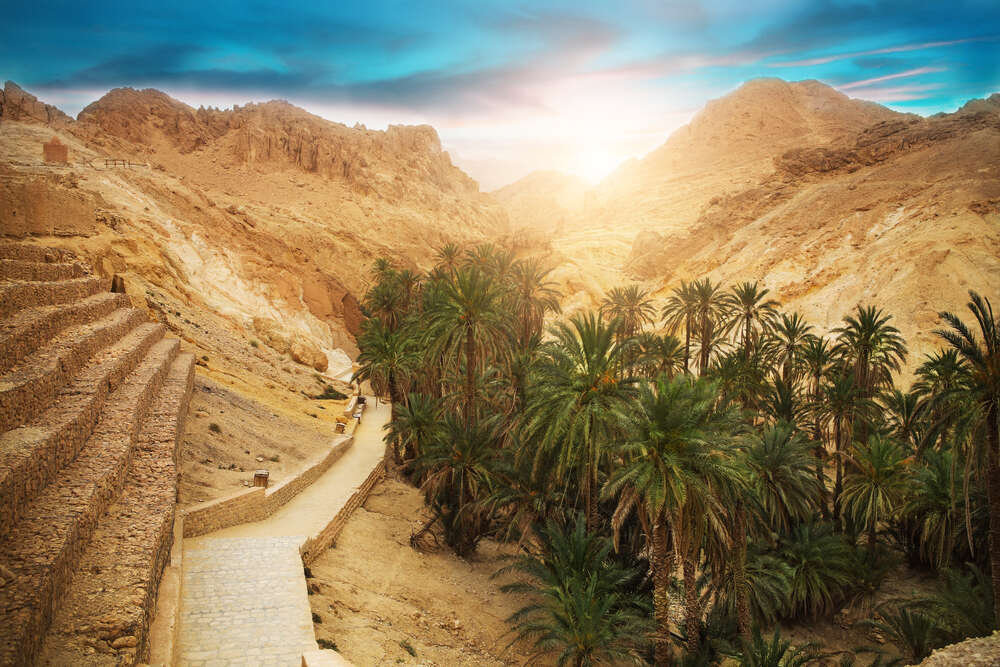 Once, we could only dream of exotic encounters with such wonders of the world as the Sahara desert. The realization of this dream turns out to be much closer than we sometimes think.

Using Travellizy's service, you can always easily choose the most optimal flight option for you and go towards your dream!