Universal Studios in Los Angeles: the magical world of cinema and attractions

If you imagine that Hollywood with its centuries-old history can fit in a limited area and you only have one day to get acquainted with the world of cinema, then Universal Studios in Los Angeles is the perfect solution. A tour of the studios and locations, fun for the whole family, breathtaking turns on the rides, shows all day, whole blocks of souvenir shops, cafes, restaurants - this is what awaits you here.

Today, Travellizy Team will tell you about the main joys of this famous amusement park, as well as give tips on how to spend time here with the maximum payoff.

How to navigate Universal Studios

The studio is located in northern Los Angeles and is divided into two parts: the Upper Lot and the Lower Lot, between which the audience moves on escalators. The Upper Lot offers mountain views. 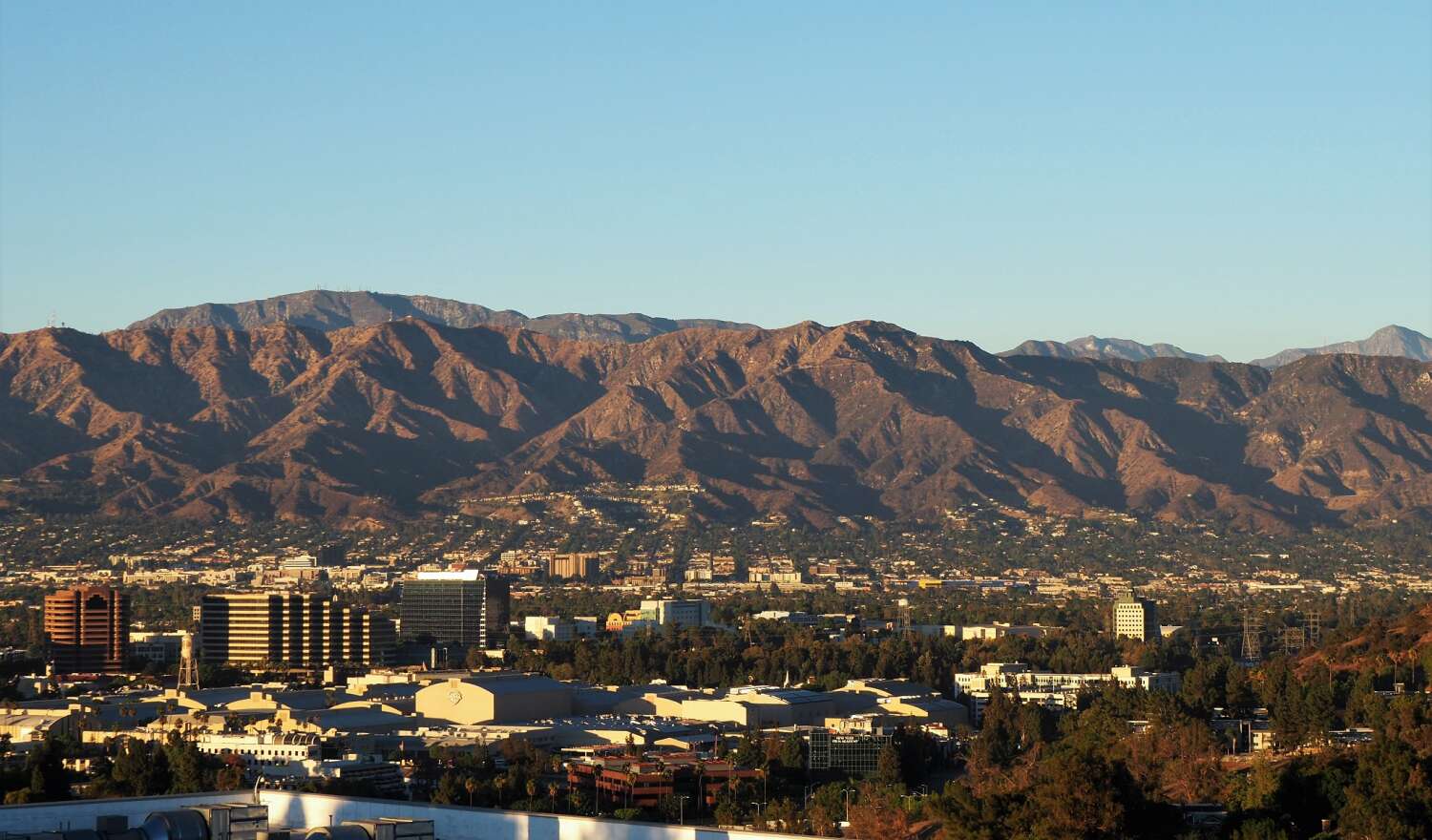 Before entering the park, you will definitely want to walk along the streets with more than 60 shops, cafes and restaurants, six nightclubs, a concert venue and a huge cinema with 19 cinema halls, including IMAX. This shopping and entertainment site is called "Universal CityWalk". 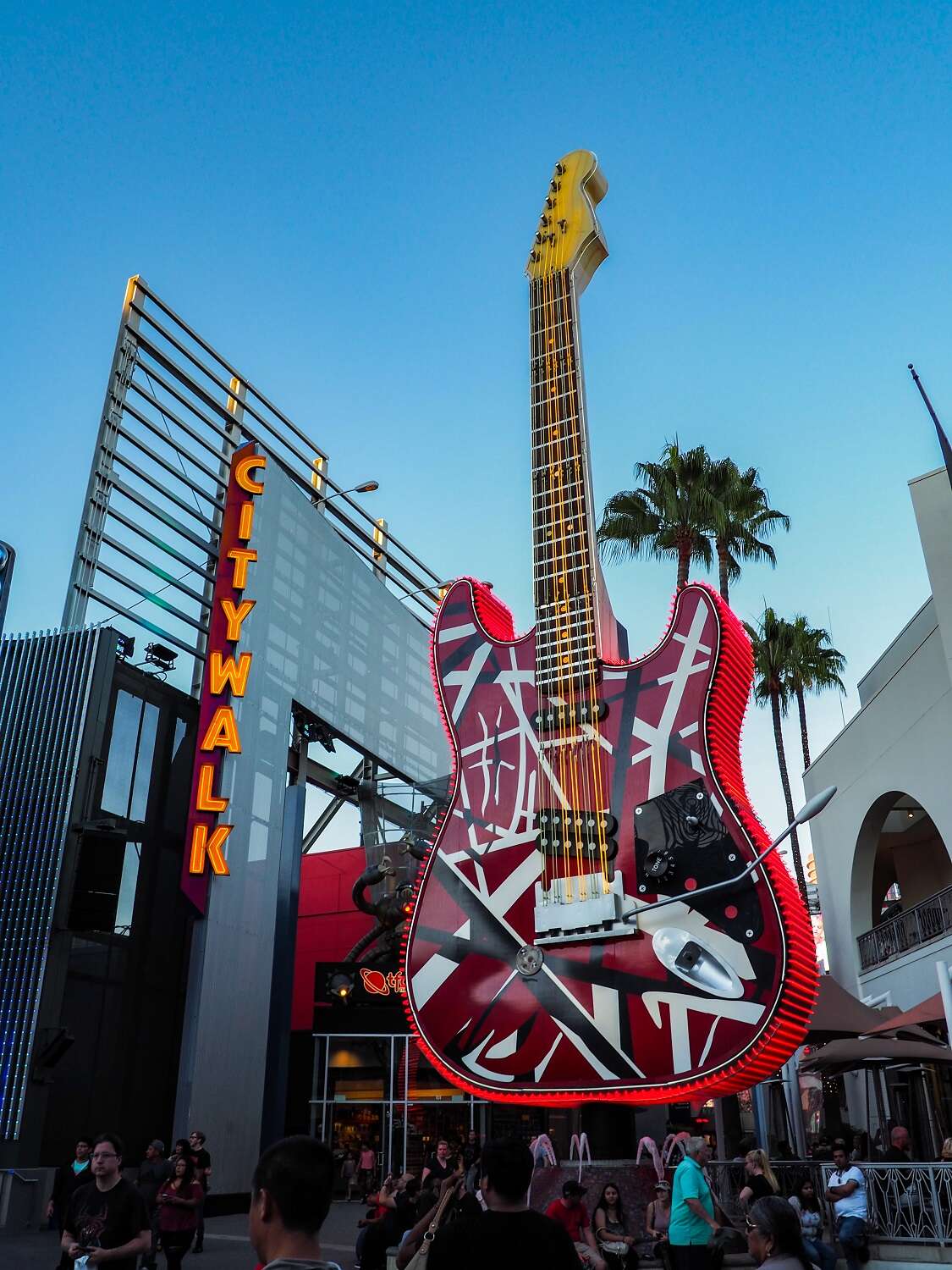 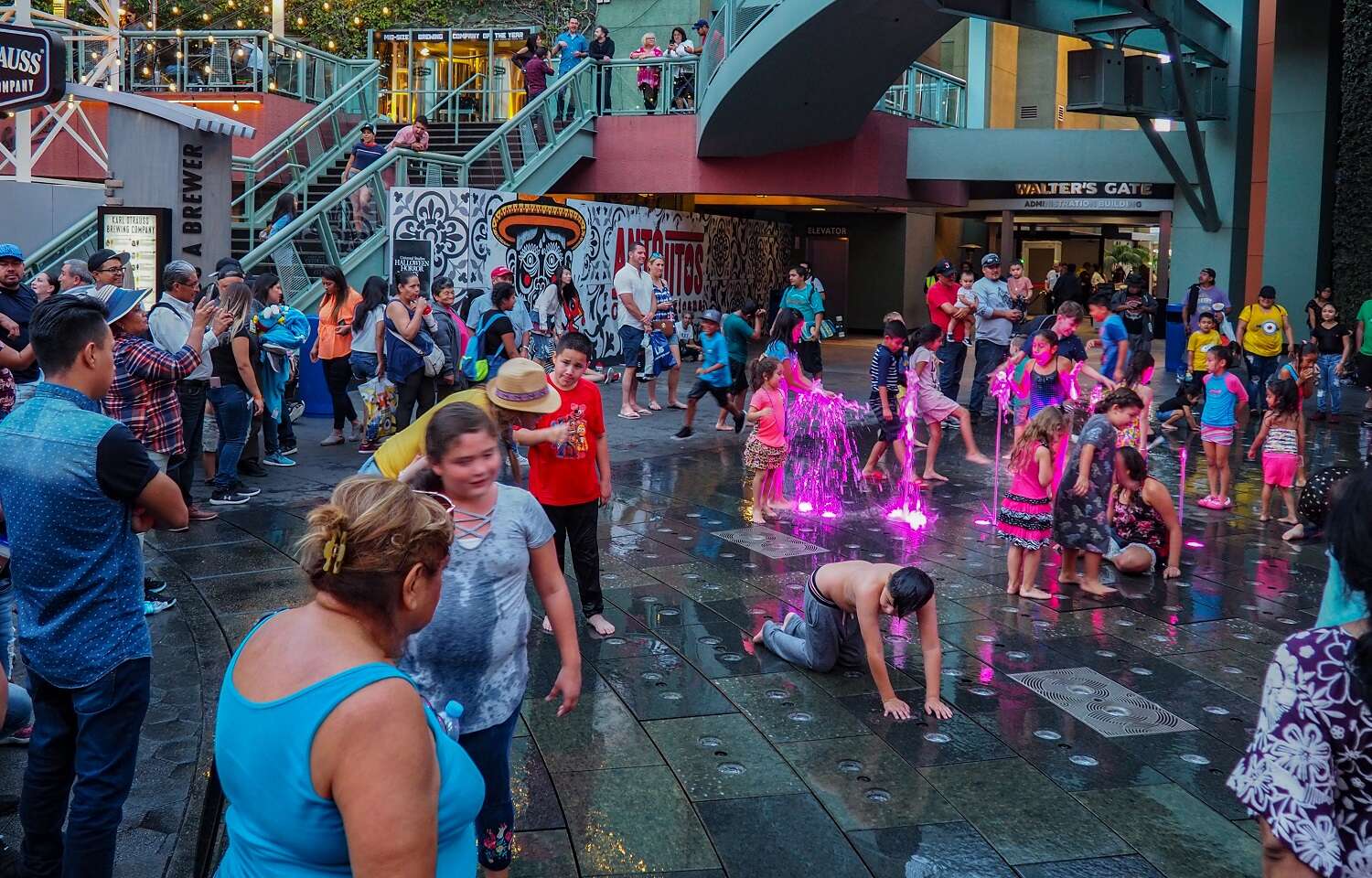 About 50,000 people stroll here a day, and the city provided law enforcement officers to maintain security. Universal Studios has its own police station, where 17 people work around the clock.

How much it costs to visit Universal Studios in Los Angeles

The cost of a ticket to the park is $ 109 for an adult and $ 103 for a child of 3-9 years old. This is the price for a standard ticket purchased online on the park's website. You can buy it at the entrance, which will increase the cost by $ 30 on weekdays and $ 10-20 on weekends and holidays. The price includes all attractions (so-called rides) and shows. Food, drinks, souvenirs are paid separately. 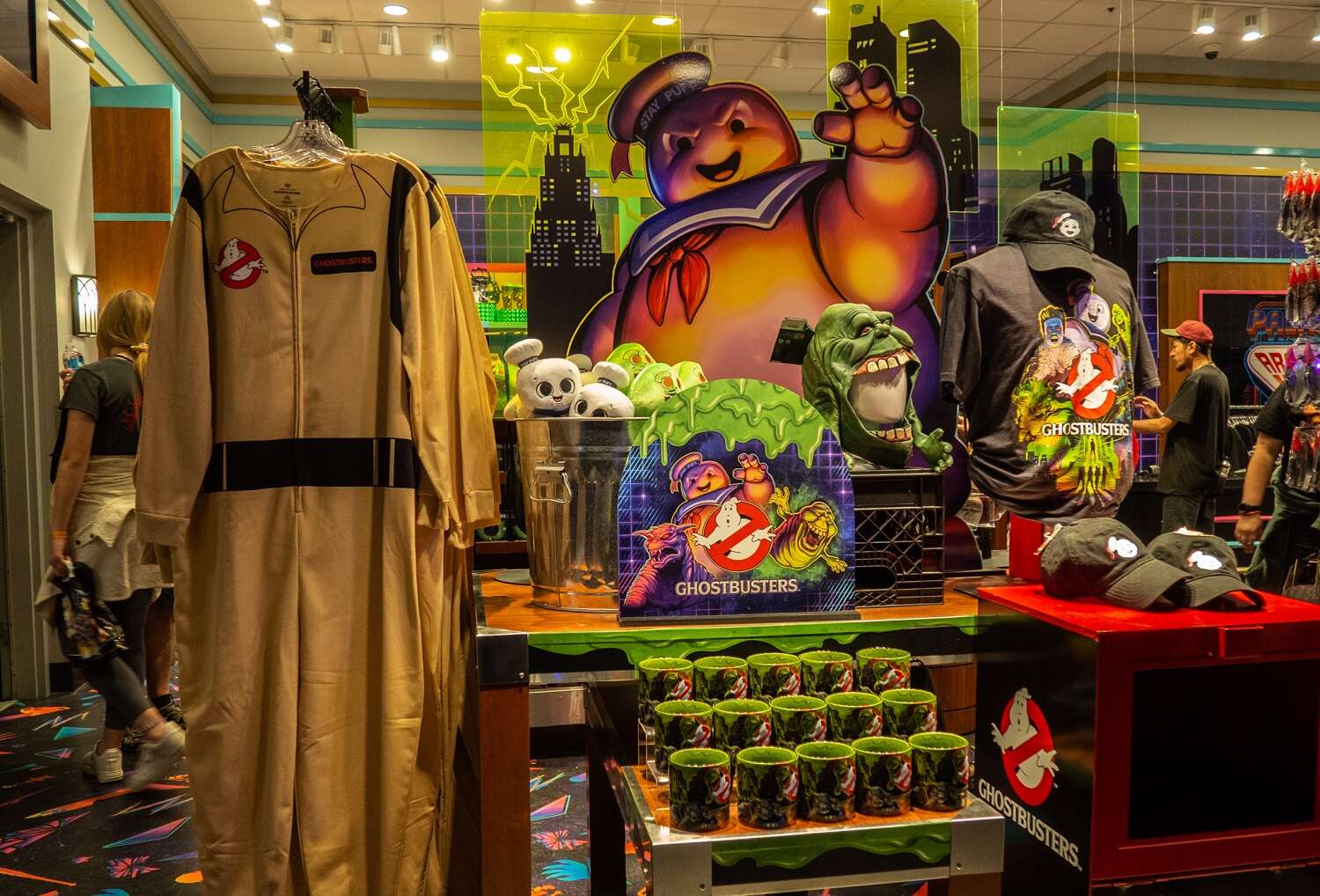 The park is very large, moving from one lot to another takes 5-10 minutes, and the waiting time in lines for a ride can reach an hour and a half in the hot season. In normal weekdays, you will have to wait 10-15 minutes. You can monitor the current waiting time on large monitors arranged in the park, but it is much more convenient to download a special application to the phone. 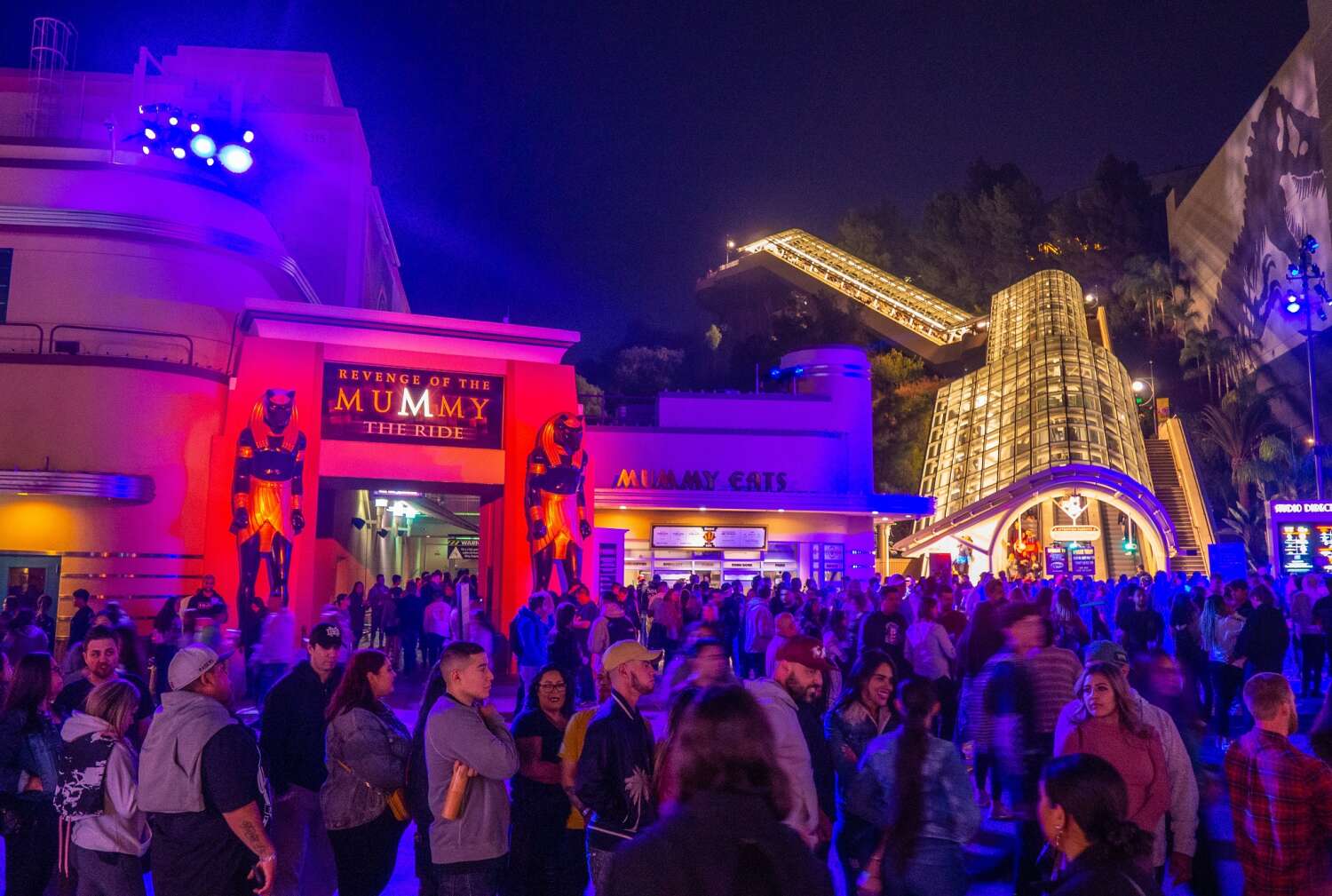 In the application, you will see the start time of all available shows, and you can navigate through interactive maps. The creators of the app took care of other nuances: it will show, where the nearest restroom is and remind you, where you parked your car. Throughout the studios, as well as in the CityWalk area, there is free Wi-Fi, so your friends and relatives can instantly see, how much fun you have without them.

If you do not want to queue for a ride, you need to buy an additional service called an express pass. This will allow you to minimize the waiting time for each ride and show but will devastate the family budget by another $ 60 each (for a child the price of an express pass is the same as for an adult). Also, this service allows you to enter the park an hour earlier, which means that you will have time to make one or two rides before the bulk of the people come. 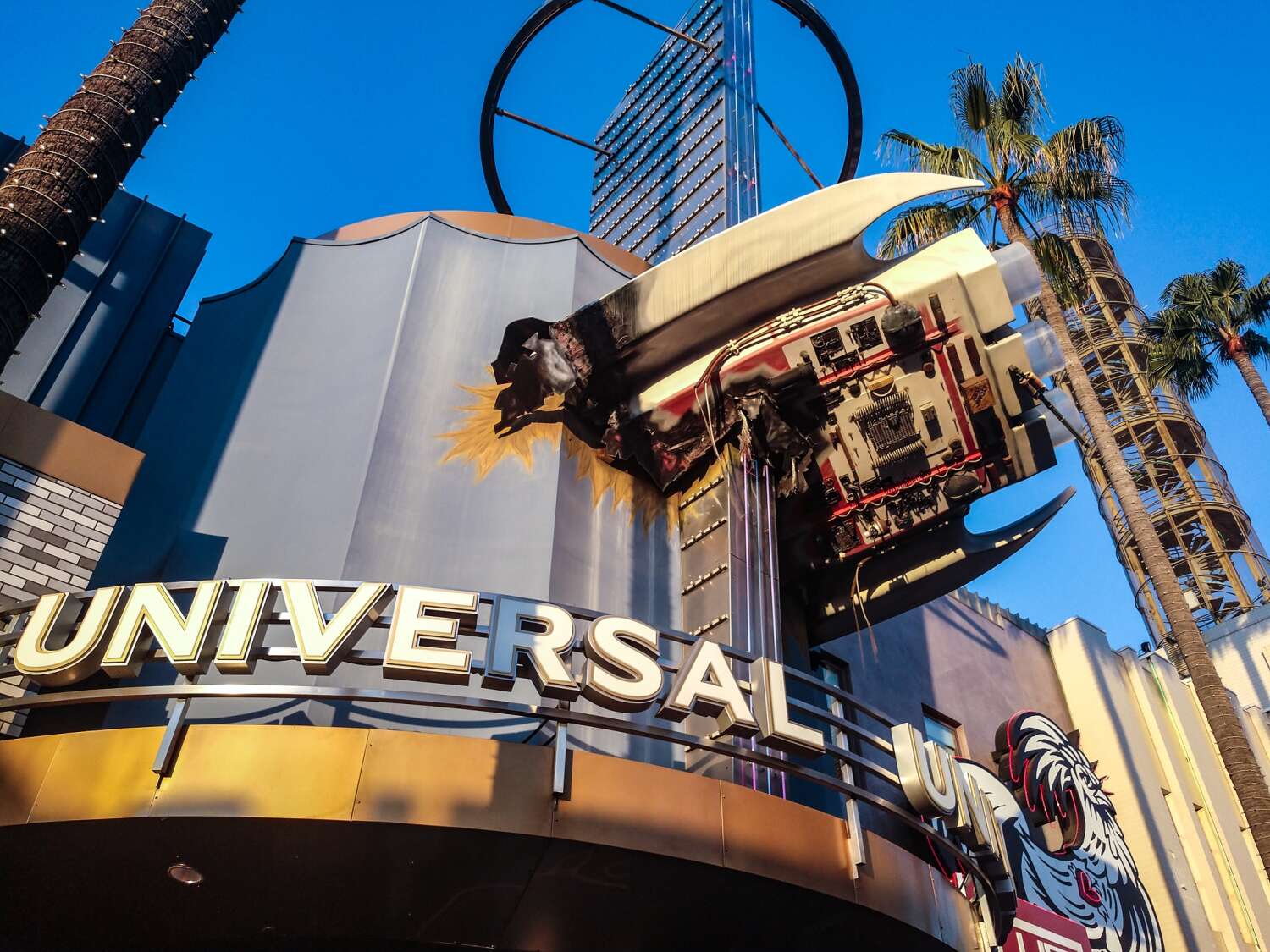 There are no free parking spaces in the park, so be prepared to pay for parking from $ 10 to 50, depending on the distance from the entrance to the studio and the time of day.

In order not to cry because of wasted money, remember that it's not necessary to buy an express pass in advance (online or at the entrance). If you are planning a trip for the winter off-season, it might rain, which means that there will be very few people in the park and there is no need to overpay. But there are days when you definitely have to stand in line. Here is a sample list of these dates:

- the first week after the New Year

- Christmas week from December 25 until the New Year

Each ride is based on the plot of popular films or cartoons. Here is a list of attractions that Universal Studios Hollywood offers in 2020:

-  “Harry Potter and the Forbidden Journey”

The great pride of the park is a tour of the studio itself. It lasts about an hour, but be prepared to stand the lines here too. All guests are seated in special wagons and sent to meet adventures.

During the tour, the guides will tell you and show you interesting moments from the film studio's life. This is the plywood quarters with frames from the film “Bruce Almighty”: 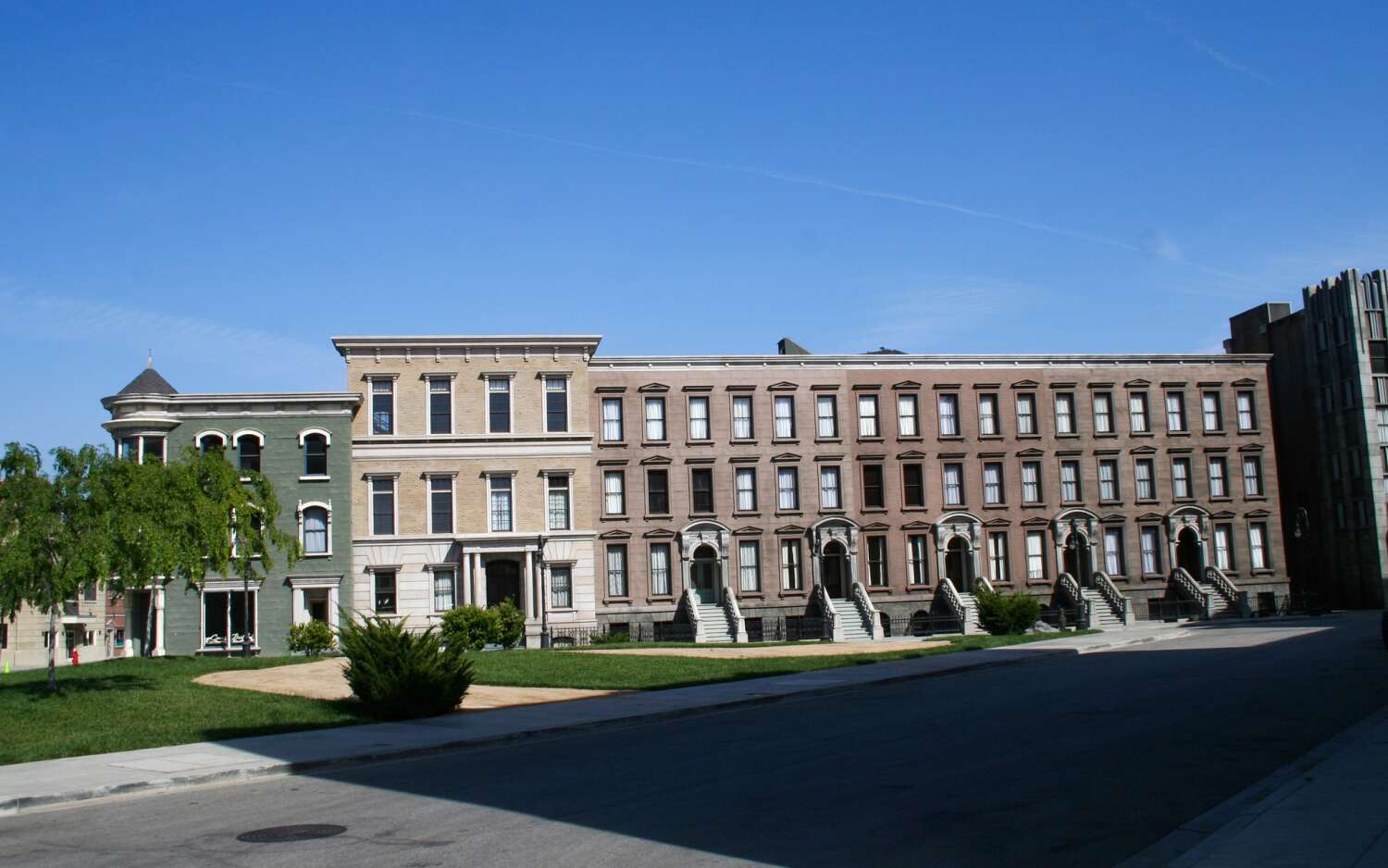 The crash simulation used in Steven Spielberg’s film “War of the Worlds”: 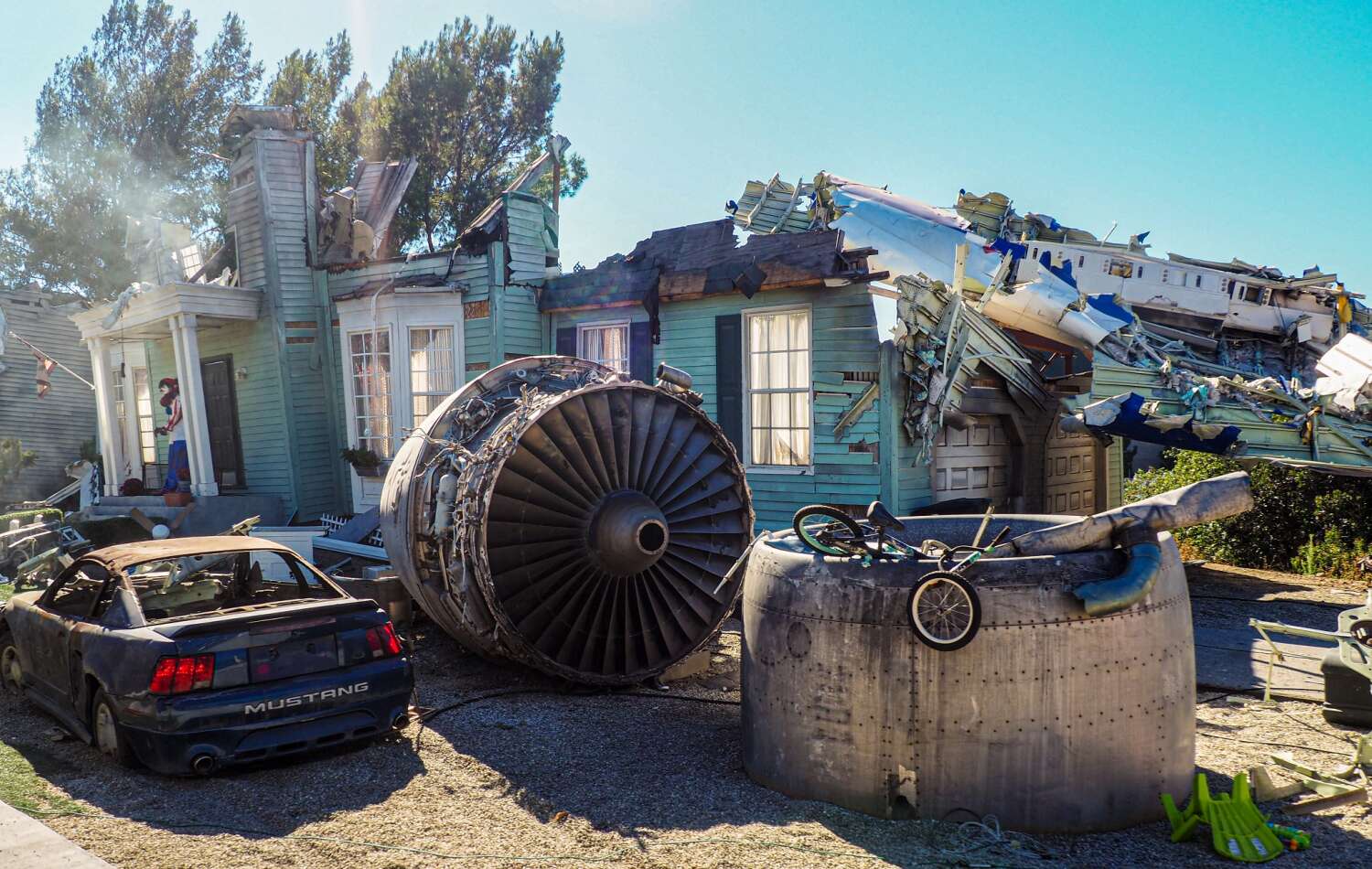 And fuel explosions on the movie set “Jaws”: 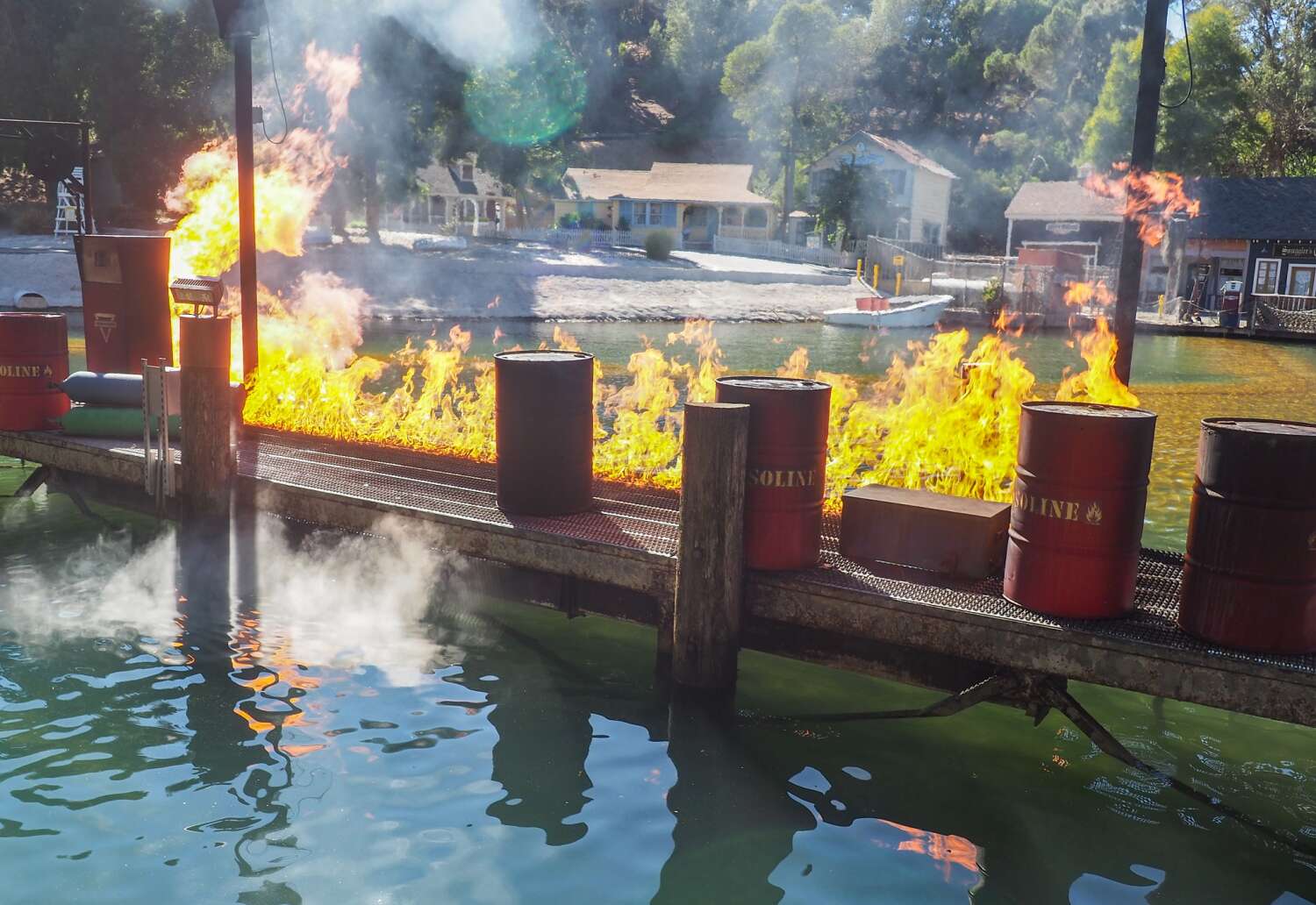 And the whole motel from the classic Hitchcock's horror movie “Psychosis”: 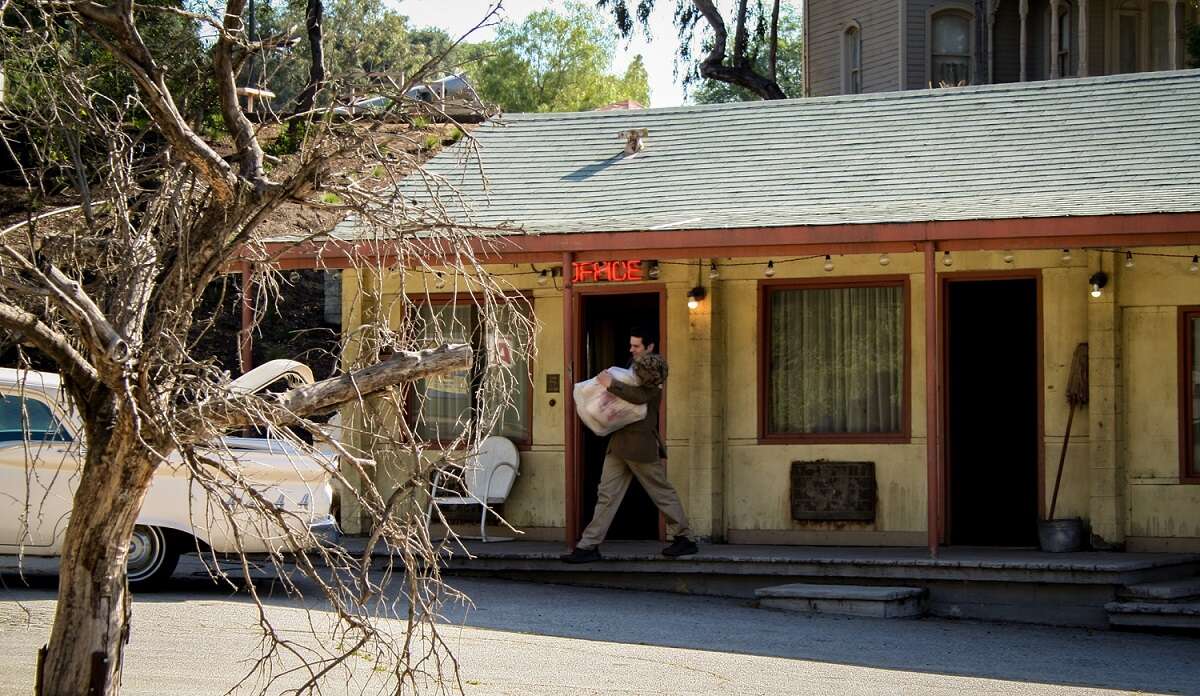 And even much more, including a powerful earthquake and a small flood.

After the tour, you can visit the playgrounds and entertainment shows for every taste. Someone will like modern dances, and someone will be glad to see how they remove special effects or work with trained animals.

On weekends and holidays, the park extends working hours, so always check the schedule on the website, the difference is very significant: it is until 6 p.m. on some days, or until 10 p.m. and later on others.

A large influx of visitors falls on America's most popular and spectacular holidays: Halloween and Christmas. Visiting Halloween Horror Nights at Universal Studios Hollywood is every horror or thriller movie fan's dream. 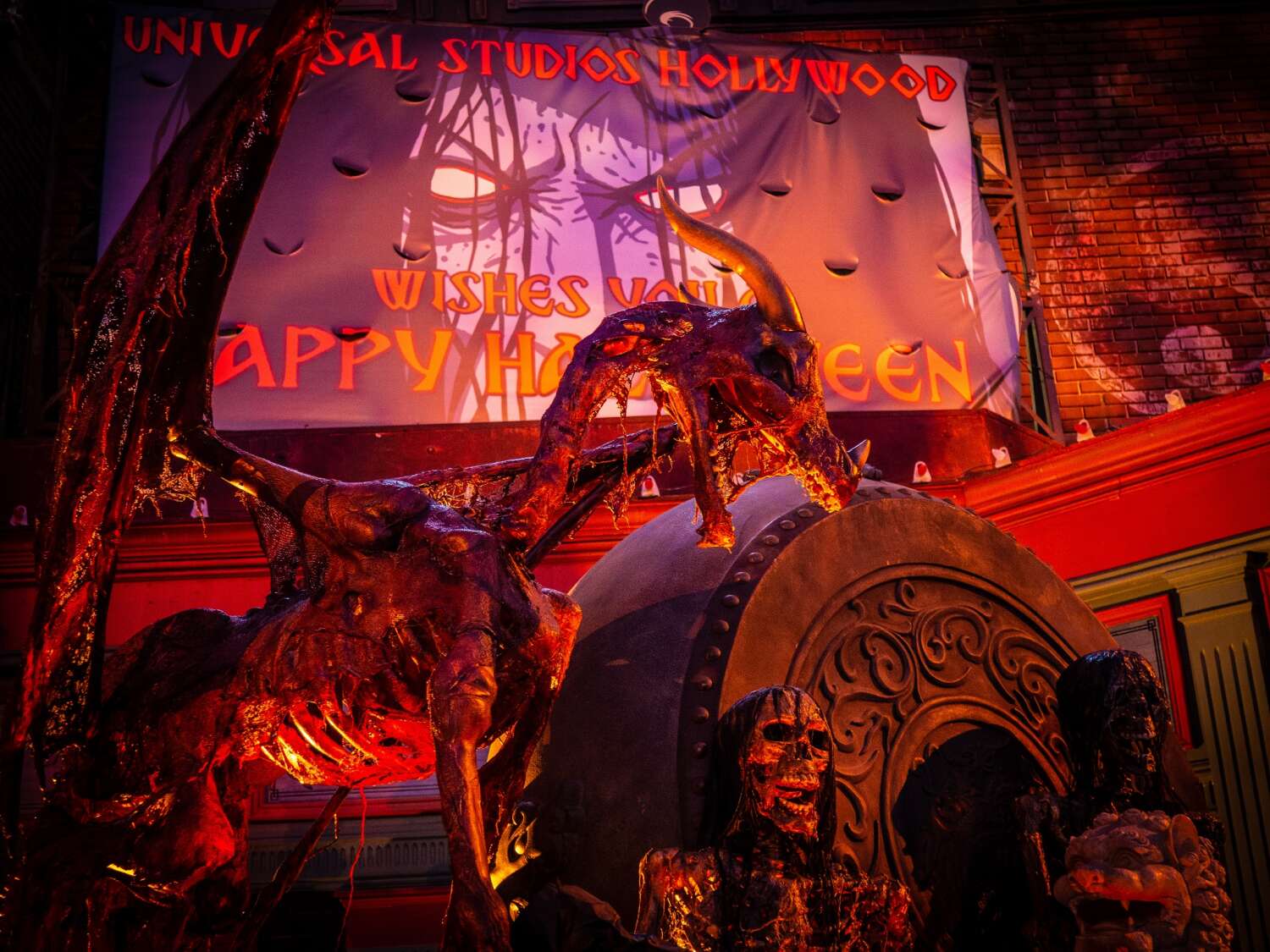 Every September and until the beginning of November, hangars are equipped here, each of which has several rooms (mazes), decorated in the style of a popular horror movie or thriller. Every visitor has a rare opportunity to feel immersed in the atmosphere of a nightmare familiar from a film or series. The maze dedicated to the TV series “Stranger Things” is very popular. 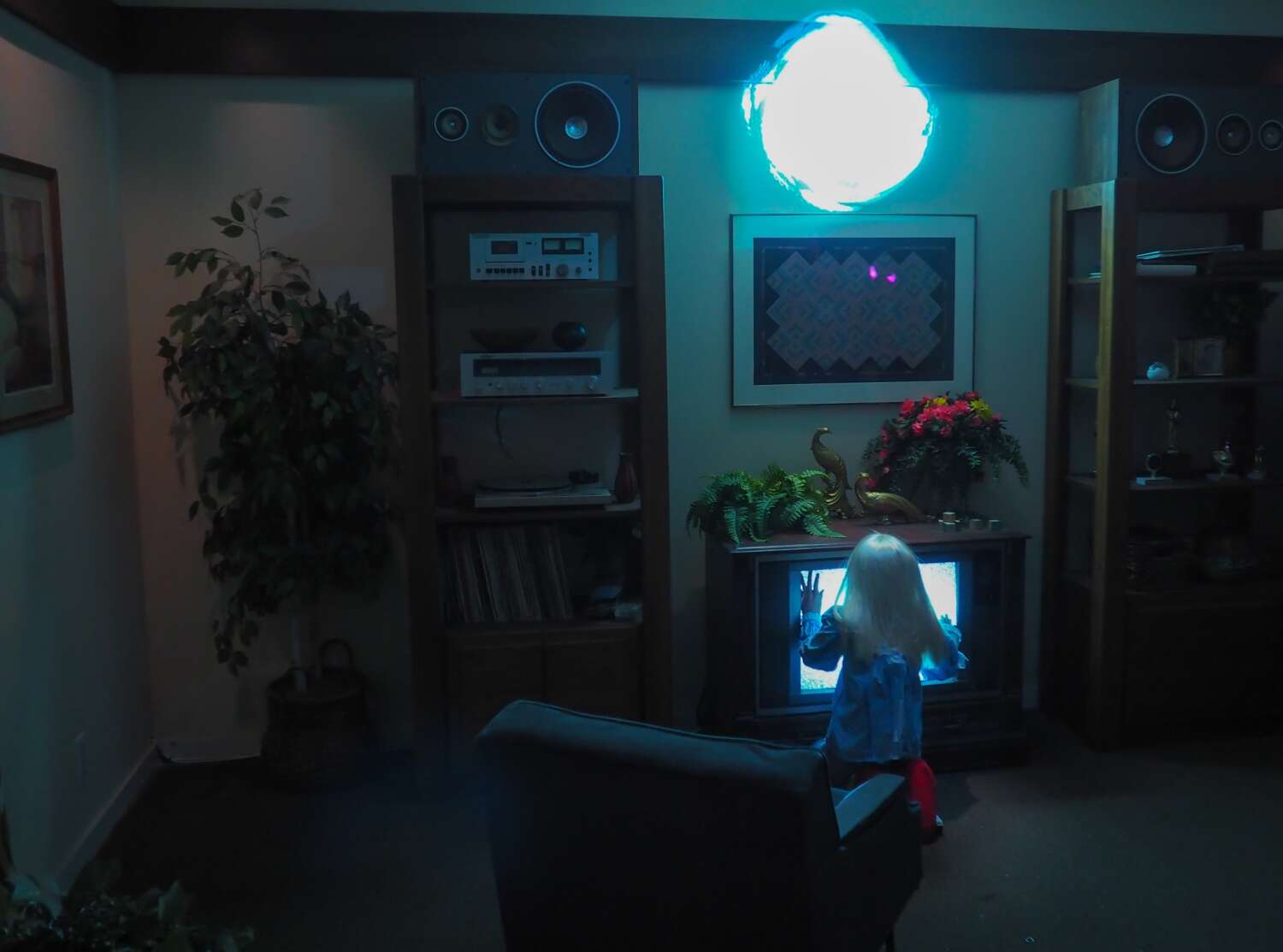 Also on the streets of the studios, there are fenced areas decorated with awesome statues and installations. 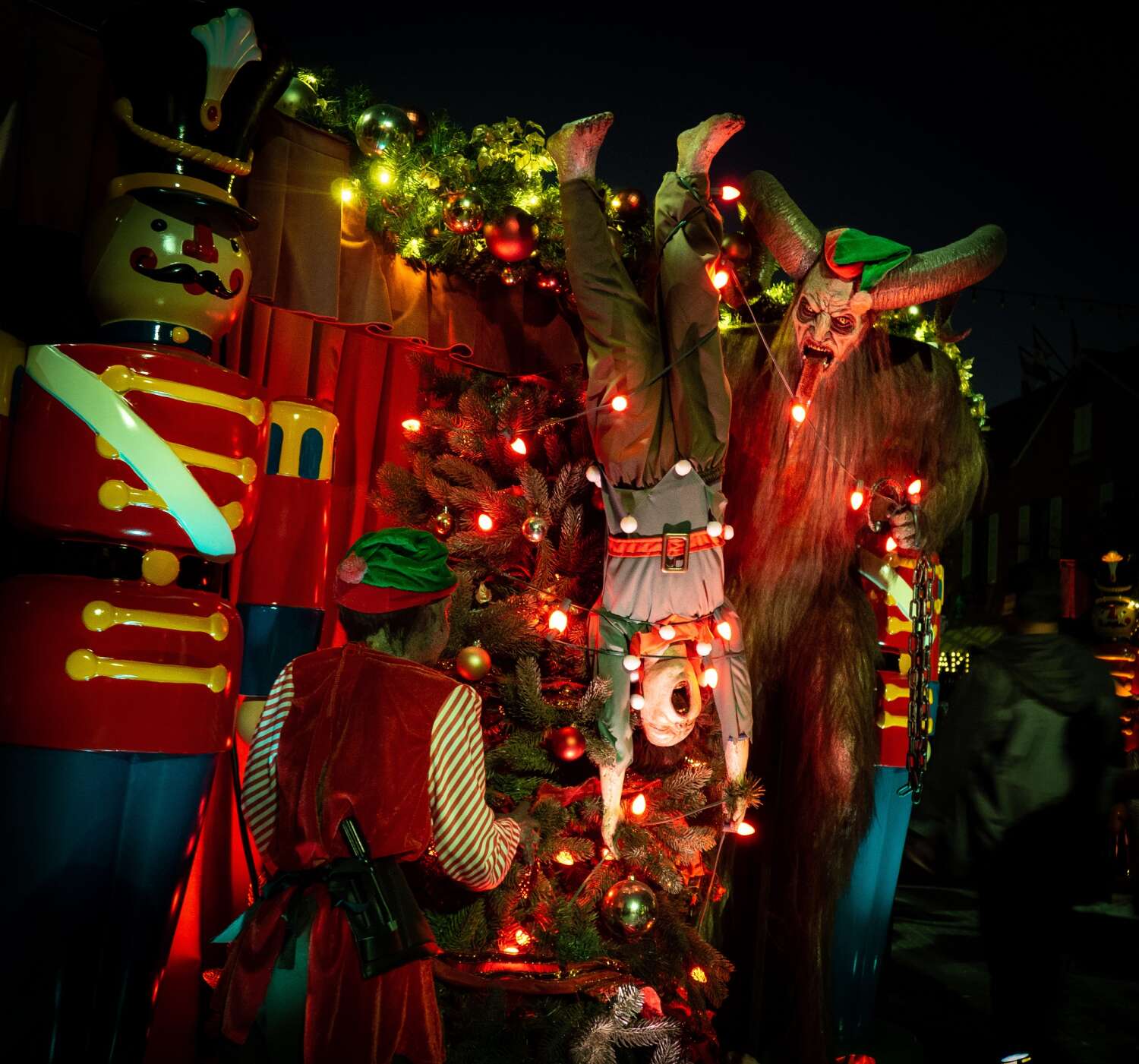 In order to impress already excited visitors, actors hide in nooks and crannies. Sneaking up on the onlookers, they scare them, so do not be surprised that screams are constantly heard from different parts of the park.

An entrance ticket for Horror Nights is paid separately. This entertainment is absolutely not suitable for families with small children, although some parents come with three-year-olds. Ghouls, maniacs with chainsaws, werewolves, vampires, zombies - all these characters will not bring much joy to your kids. But if you like to tickle your nerves, then this is a perfect opportunity to plunge into the abyss of horror and fear.

Watch the show at Universal Studios

By the way, about the abyss: in the afternoon, an amazing show based on the post-apocalyptic film “Waterworld” (1986), is offered to the attention of the park's guests.

Try not to miss it (it lasts only 20 minutes), and you can see amazing acrobatic stunts, real explosions and gunfights, races on jet skis. 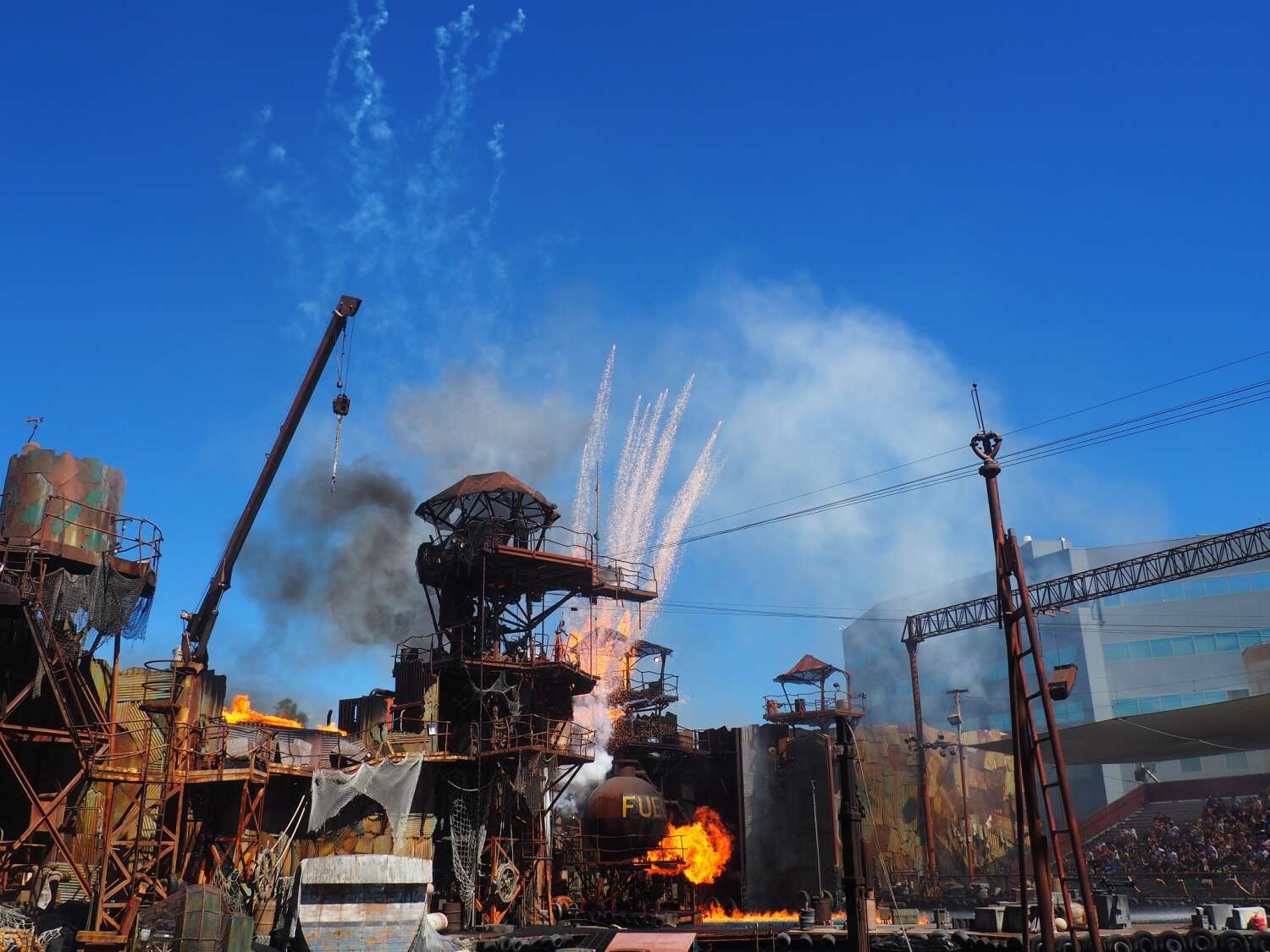 All stunts are performed by professional stunt athletes. Spectators also take part in the entertainment, so choose places carefully. If you are not ready to get wet, it is better to sit away from the first row.

If you like roller coasters, then remember that they are not in this park, except for a small “Hippogryph Flight” and some elements in other attractions.

Almost all rides are based on modern digital technologies and unexpected visual effects. On some rides, you will have to wear special 3D glasses.

If you love books and movies about Harry Potter, immediately reserve at least three hours to explore the Hogwarts Magic Castle and the villages near it. 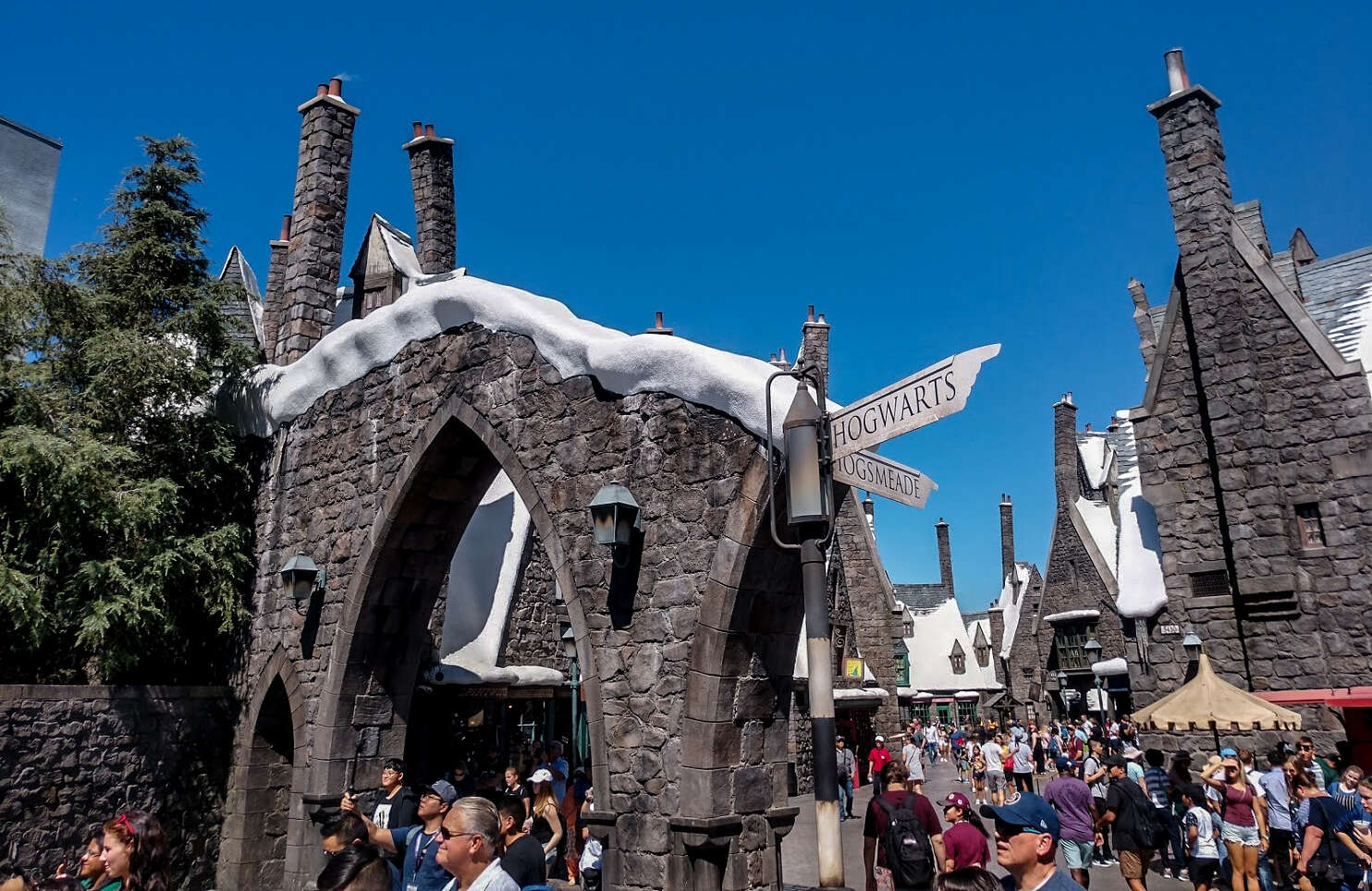 Happy magic wand owners will be able to use their spells, and acquire another one in the appropriate store: 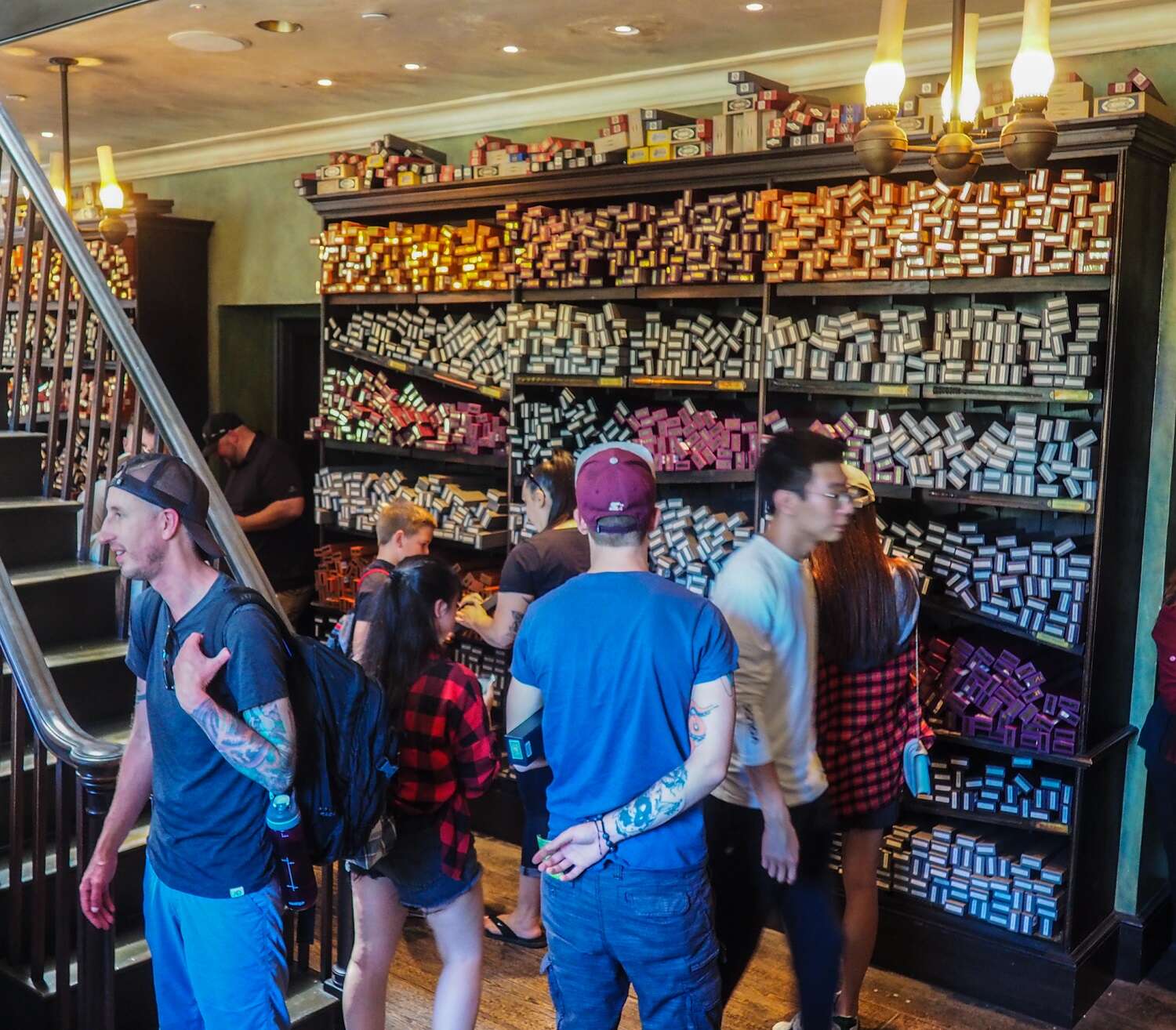 In the evenings, during the hot season, a light show called “The Hogwarts Dark Art” is organized near the castle. There are few details so far, as this is a seasonal performance. But in the afternoon, you can listen to the choir of toads: 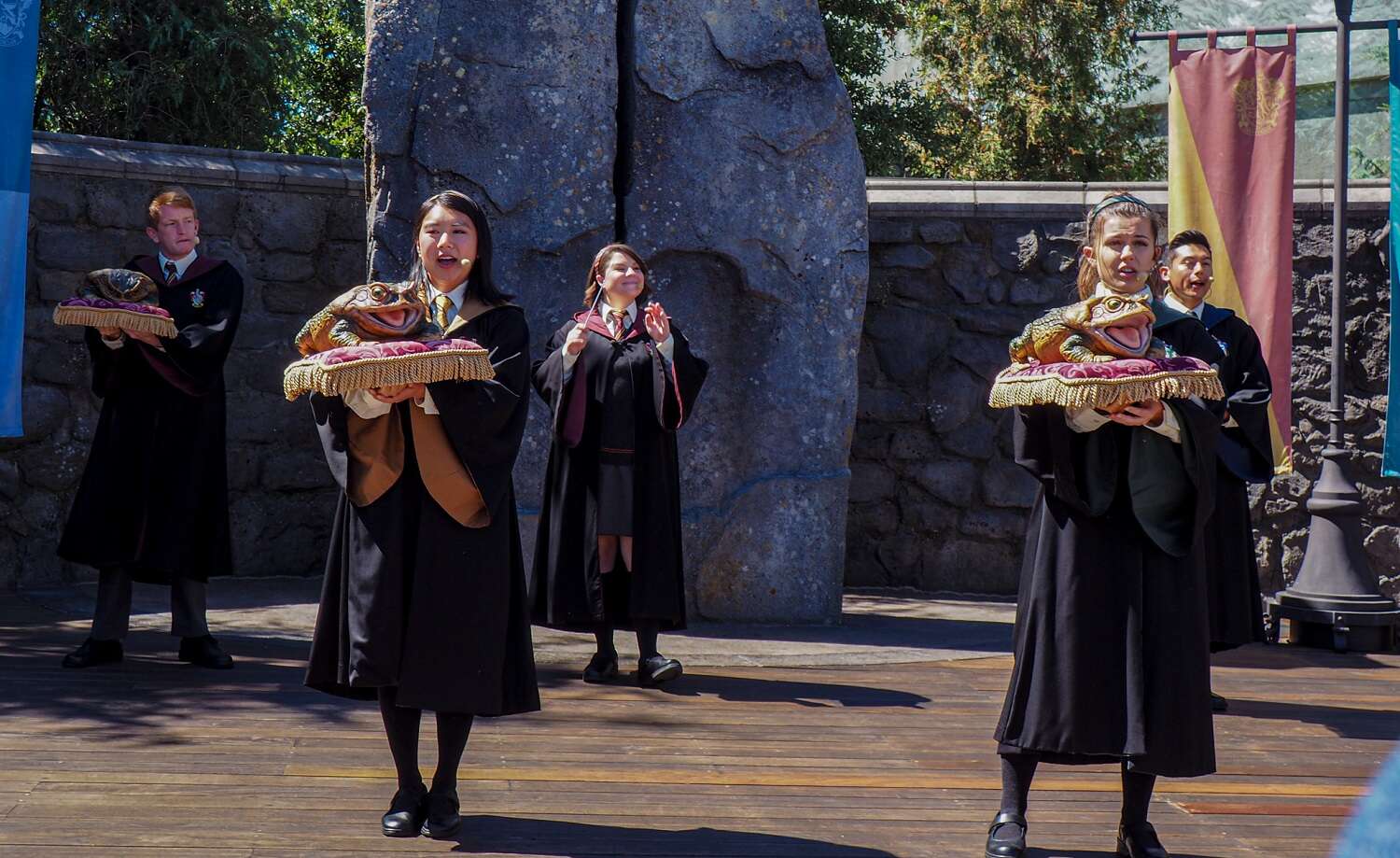 You can relax after the rides and refresh yourself in small taverns, which also serve the famous butterbeer. The castle is very photogenic and attracts Potter's fans. 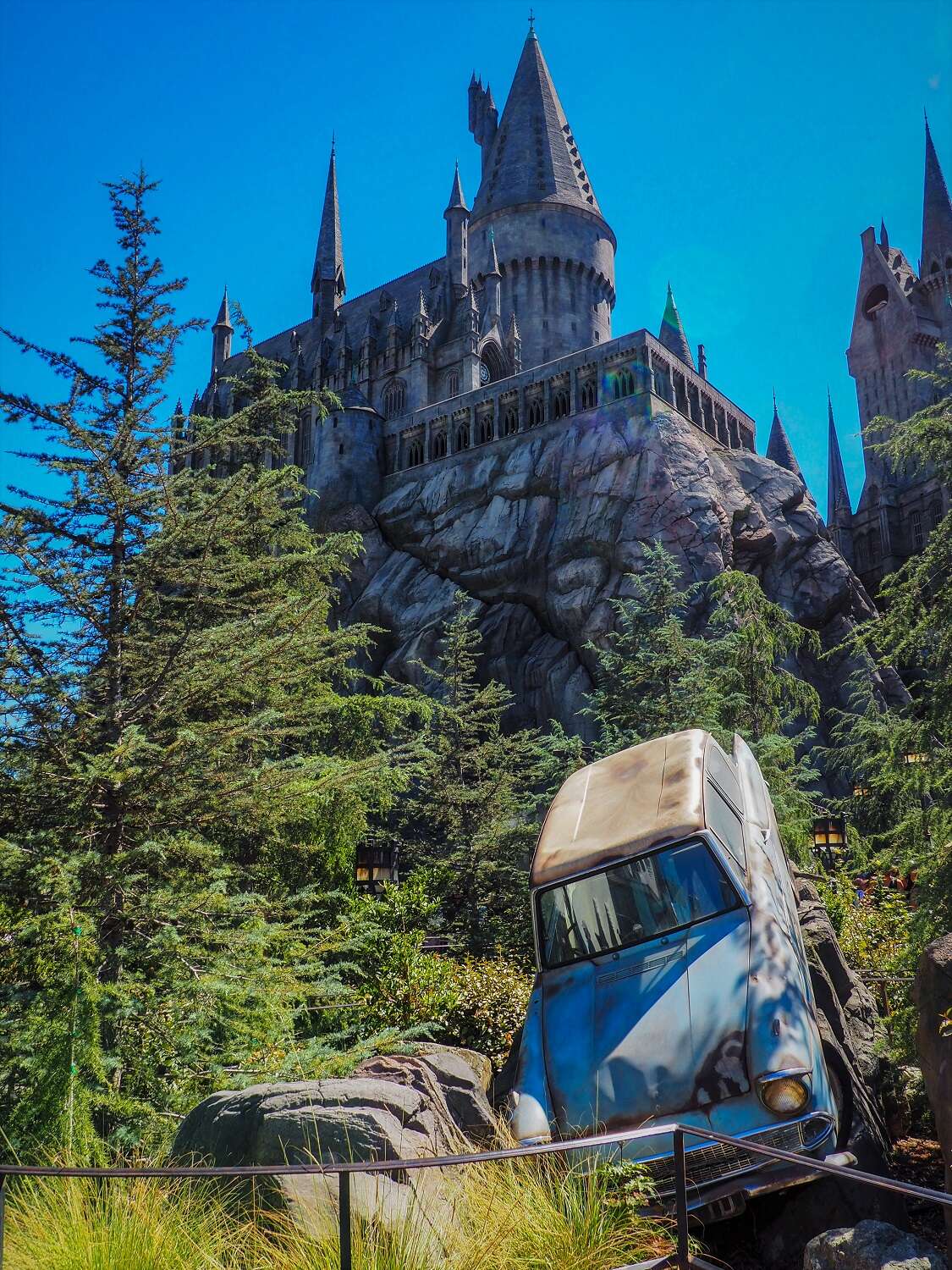 The studio takes care of the guests and prepares new attractions and shows almost every year, attracting millions of visitors. Universal Studios will forever be remembered as the magical world of cinema and fun.