Why shopping in the Vatican is cheap but chic, or 17 facts about the Holy See

Vatican is a country in Rome, surrounded by medieval walls that adorn the masterpieces of geniuses: Rafael Santi, Michelangelo and Leonardo da Vinci. The open-air museum city with palace complexes, cathedrals, gardens, museums and numerous churches. Travellizy Team offers its readers to visit the Vatican. Come join us!

Facts about the Vatican

1. The Vatican is guarded by the Swiss Guard.

In the 16th century, Pope Julius II, needed a loyal army. At that time, Swiss soldiers served in most European countries and were considered to be the best. Thus, the Swiss Guards, the most ancient army in the world, was created in 1506. Today, it includes 110 guardsmen. 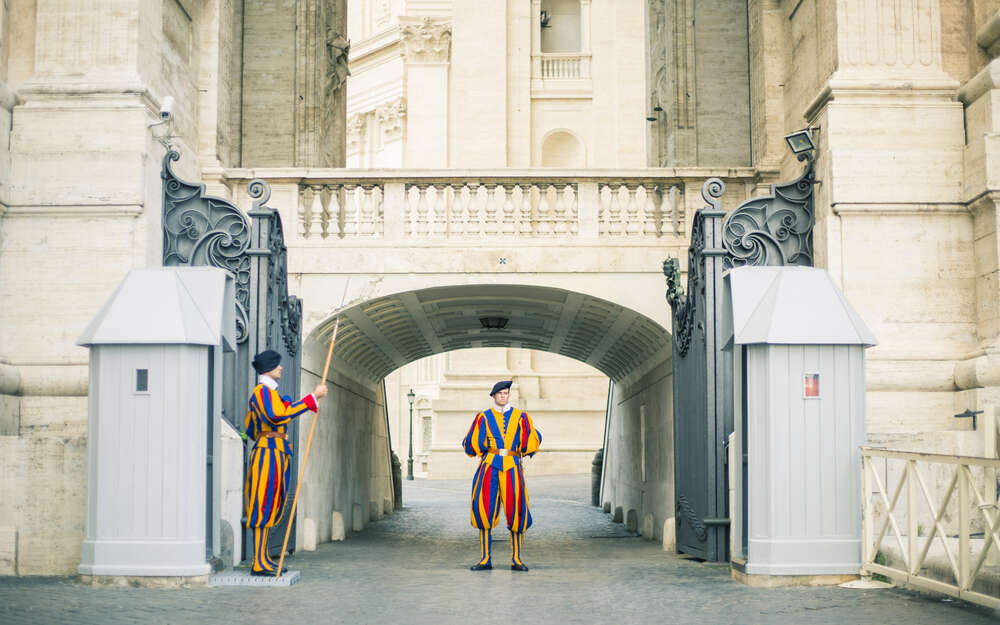 2. Ladies, if you want to live in the Vatican, all you have to do is to marry a Swiss guardsman.

All men who serve in the Swiss Guards are single, but they have the right to marry no earlier than after 3 years of service in the Vatican, with special permission and approval of the bride by the secretariat. It goes without saying that a woman must be a Catholic. 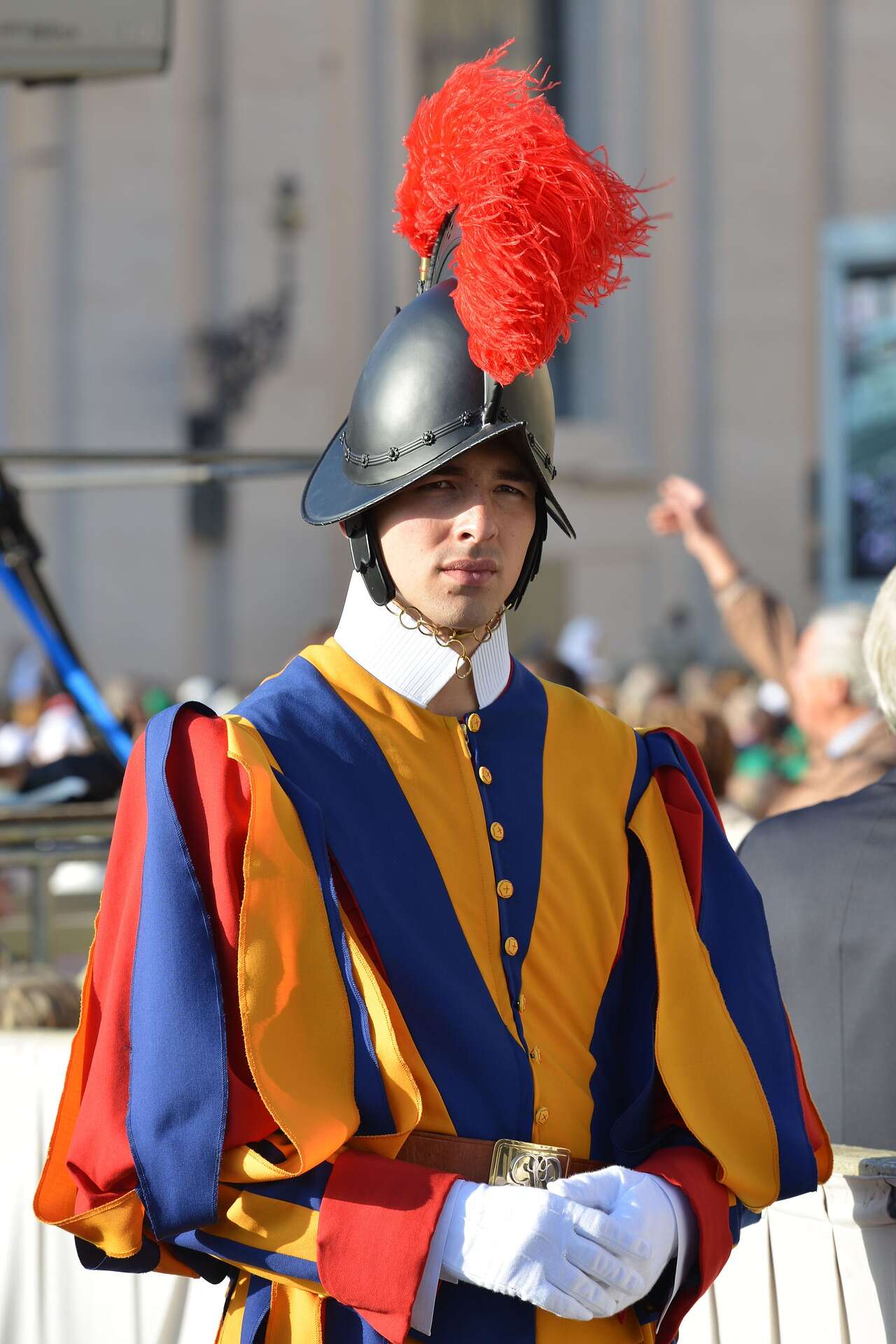 605 people, which are church servants and Swiss guardsmen, constantly live in the Vatican. Accordingly, they are all men, who make up 95% of the citizens. The remaining 5% includes wives and children of the Swiss guards. 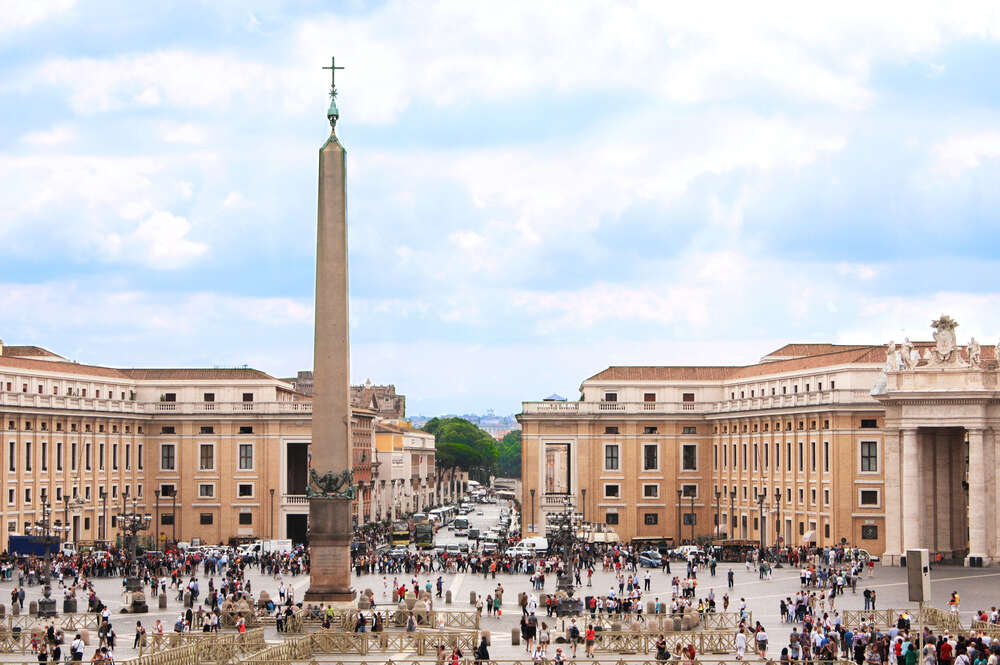 4. You can obtain Vatican citizenship only temporary.

Temporary citizenship of the world's smallest country can be obtained only by those who really live on the territory of the Papal See. The Pope, Vatican employees and their families receive a passport, which is canceled when employees cease to serve in the state. Children lose their citizenship when they reach the age of 18, and also in case they lose their parents for any reason. 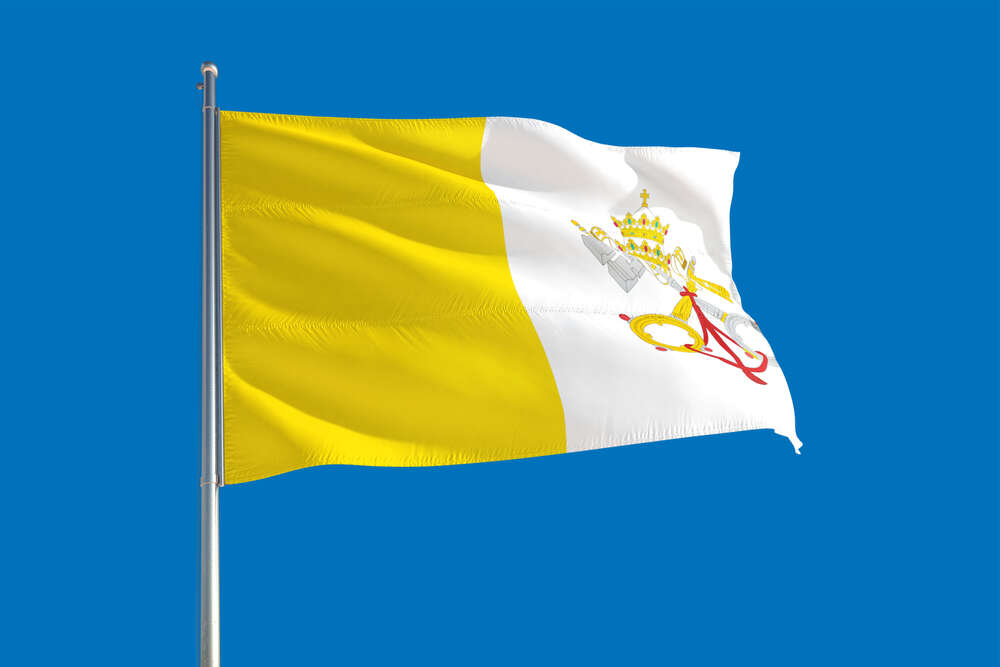 5. The whole state is on the UNESCO World Heritage List.

Due to the fact that each building in the Vatican is a historical landmark, the whole city is protected by UNESCO.

6. The Sistine Chapel lost the brush of genius after restoration.

Most tourists come to the Vatican in order to see personally the Sistine Chapel, which is striking in its realism. It is forbidden to talk here and take pictures. 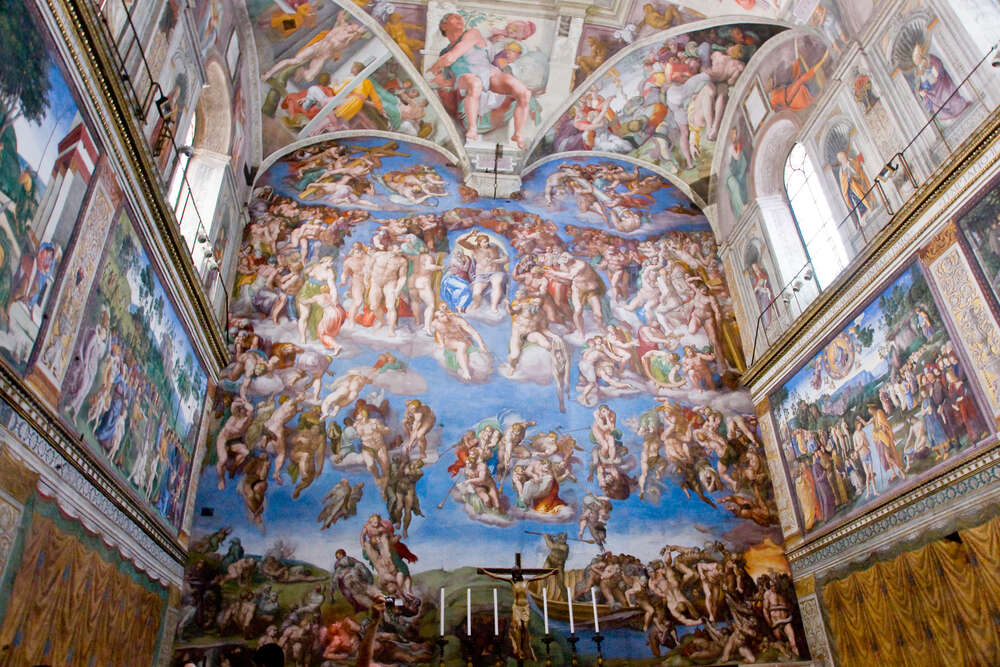 Due to exhaust gases, candle soot and dust, the entire chapel went dark over time, requiring a major restoration, which took place from 1980 to 1999. Almost 20 years were needed to restore what was created in 4.5 years.

However, after continuous work, it was noticed that many details of Michelangelo’s brush disappeared, and instead, lines appeared in places they weren't before: new shadows were depicted in red; 2-3 figures lost their eyes, which were in the original; all the frescoes turned out to be too bright, which is impressive, but also moves you away from the artist's idea.

7. On Good Friday, the Pope begins a prayer prostrating himself before the altar.

Before Easter, every Good Friday, the day when the Lord Jesus Christ was crucified, at the beginning of the service of the Passion of the Lord, the Pope begins his prayer by prostrating himself before the altar, and the priests kneel down, repenting and praying in silence. 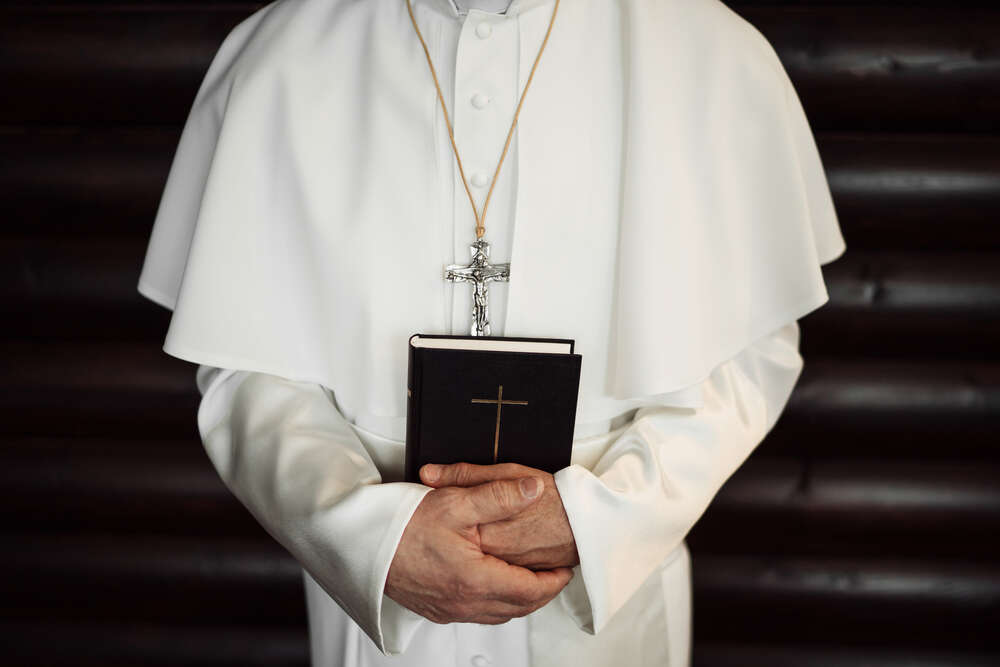 8. No one was ever born in the Vatican.

Since there is no maternity hospital on the territory of the state, the children of Vatican citizens are born in clinics of the Italian capital.

9. The property of the Vatican is also located outside its borders.

It is interesting that the Vatican has property that is located outside its borders: a radio station in Santa Maria di Galeria; Basilica of San Giovanni in Laterano; the summer residence of the Pope in the city of Castel Gandolfo; land in Italy and Spain. 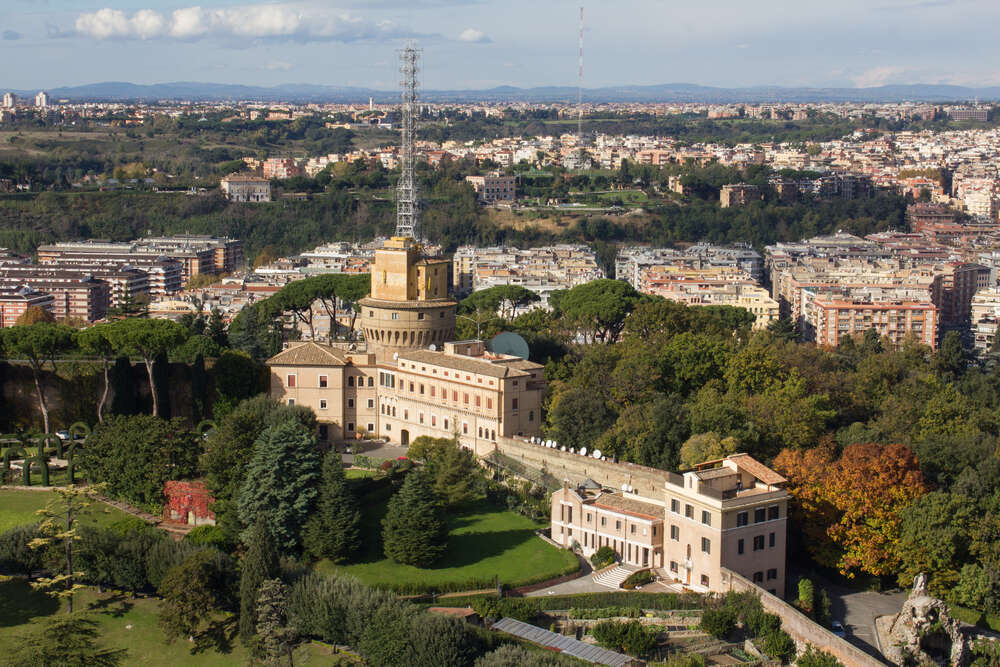 11. Vatican Post is most in demand in the whole world.

Until now, the Vatican has been actively using the services of the post office, which is located on its territory. The service is established and honed, so many Italians prefer to send letters from here, and tourists have fun sending postcards with the stamp of the Holy See to their families. 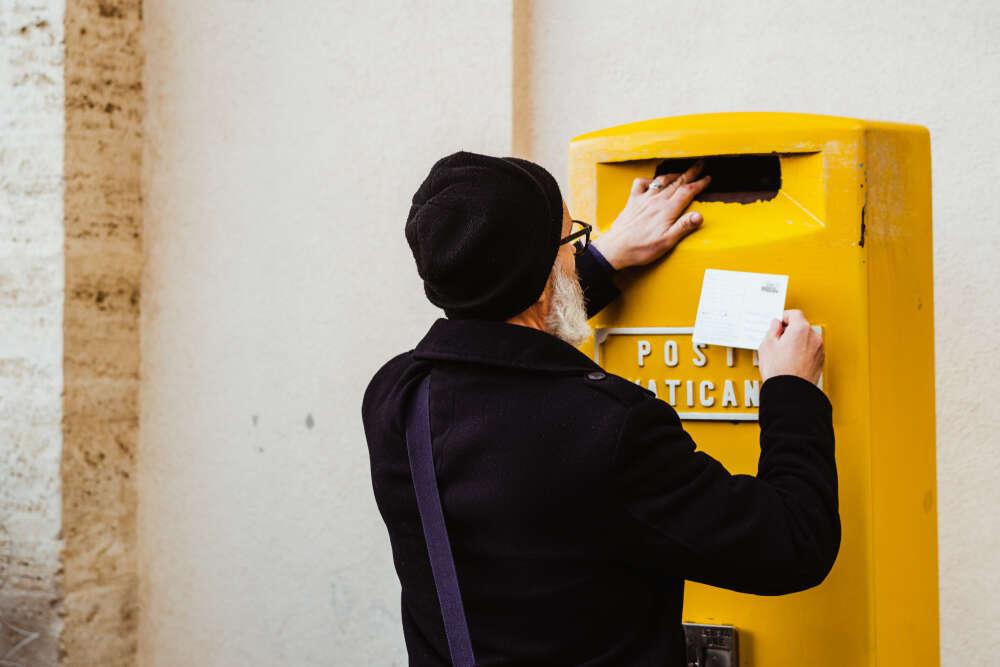 12. The most attractive gas station in Italy.

In addition to the post office, a gas station is open in the state, where gas prices are very attractive, but only cars with Vatican numbers refuel here, and many can only dream of buying fuel for their car here. 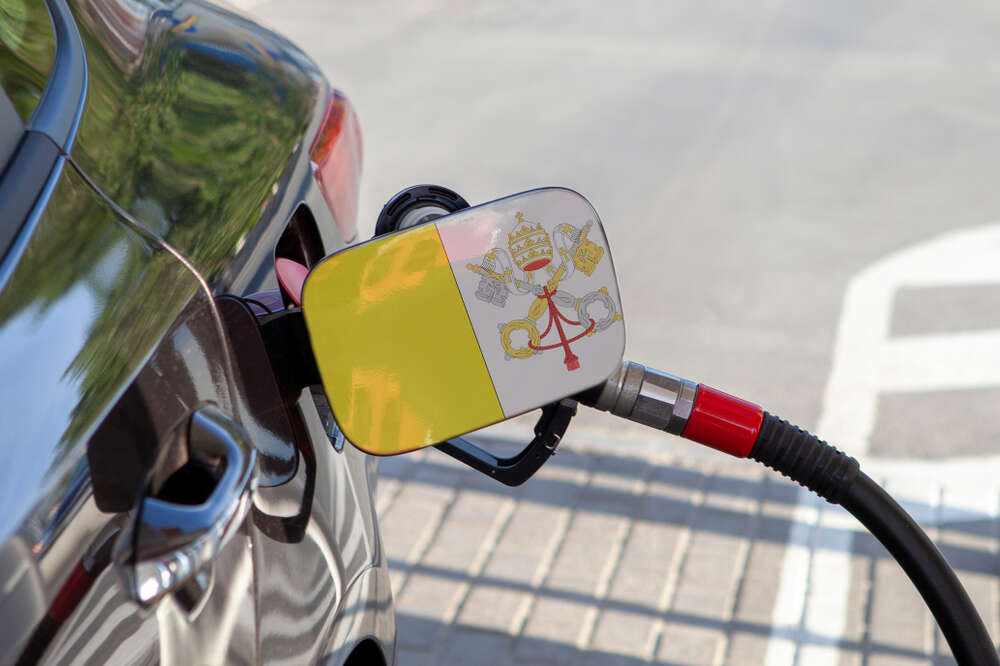 13. Shops with the lowest prices in Italy.

The Vatican has stores with the lowest prices, since they are not taxed, so the price of goods is lower by 25%. But the entrance for tourists here is closed, only residents of the state have the right to make purchases in such a store.

Since 1934, the Vatican has the shortest railway with a length of 852 m, 300 m of which passes through the territory of the state. Previously, it was used only for the Pope's travel and his close associates to Rome, but today, the station is open to the general public. 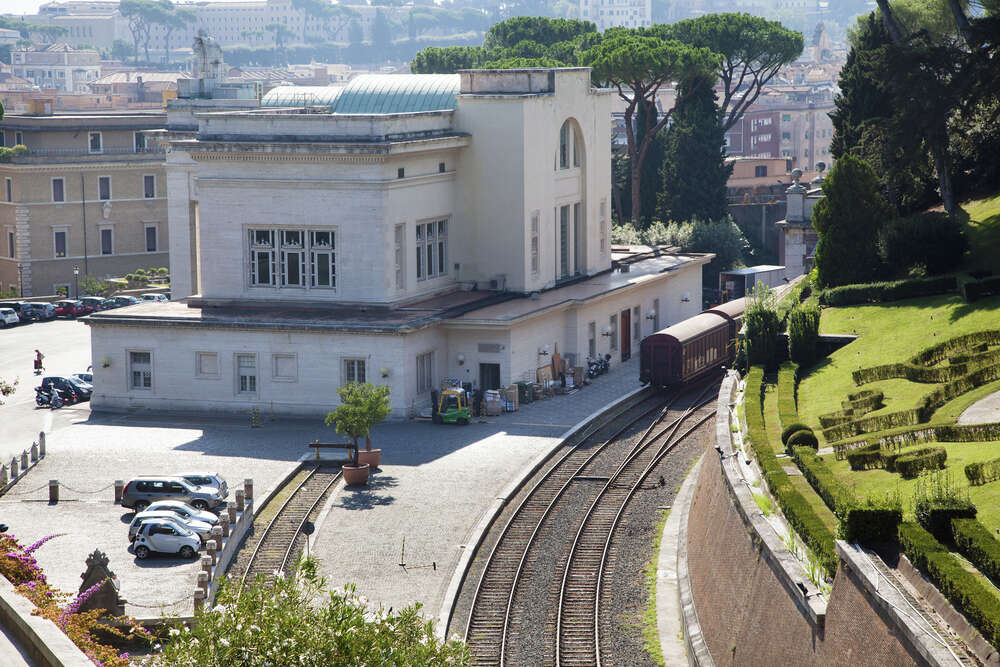 15. The Vatican Library has more than 1.5 million books.

The Vatican Apostolic Library, officially founded in the 15th century, began to form back in the 4th century. Manuscripts of the Renaissance and the Middle Ages are stored here; there are 1,600,000 printed books; 8300 incunabul (books published from the beginning of typography to 1500); 150,000 manuscripts, 100,000 engravings and maps, 300,000 medals and coins. It is still annually replenished with 6,000 books. 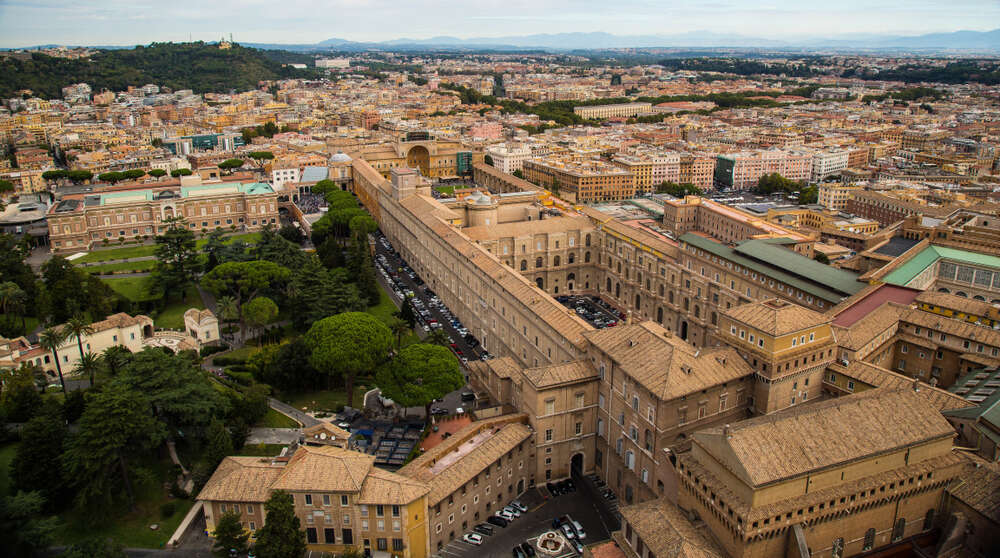 Access to the library is open for research and is regulated by the Vatican administration. It can be visited by no more than 150 specialists and scientists per day, who must meet certain criteria.

16. The Papal Basilica of Saint Peter is the second largest temple in the world. 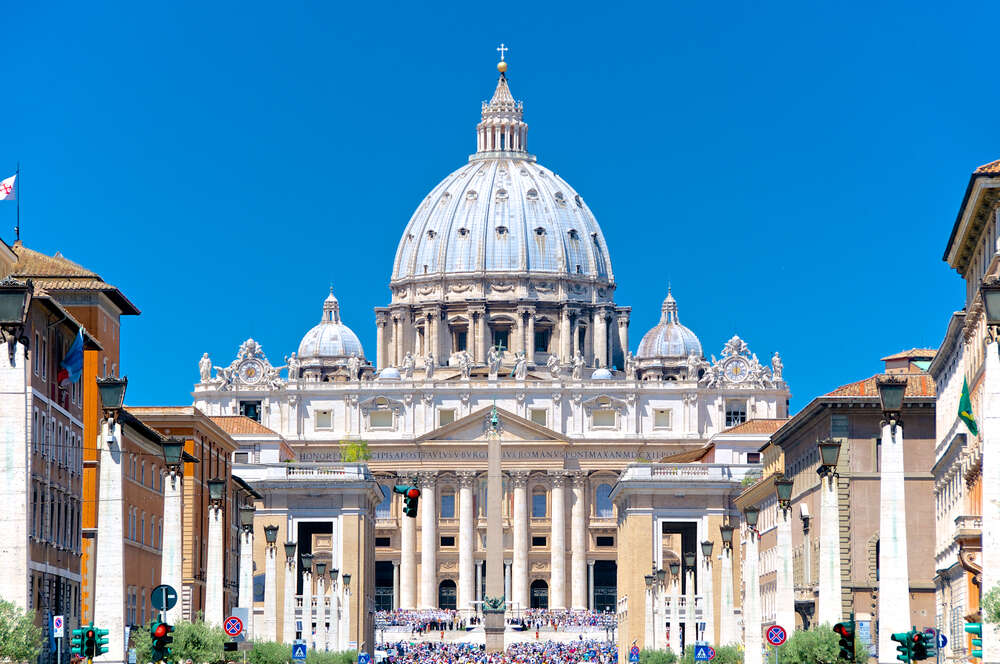 17. The Pope wears the Ring of the Fisherman.

Each Pope wears the Ring of the Fisherman, which depicts a fisherman, the Apostle Peter, in a boat with fishing nets. The ring is one of the main symbols of church authority and a reminder that the Pope is the heir to the apostle. A new ring is made for each pope, it is usually gold. 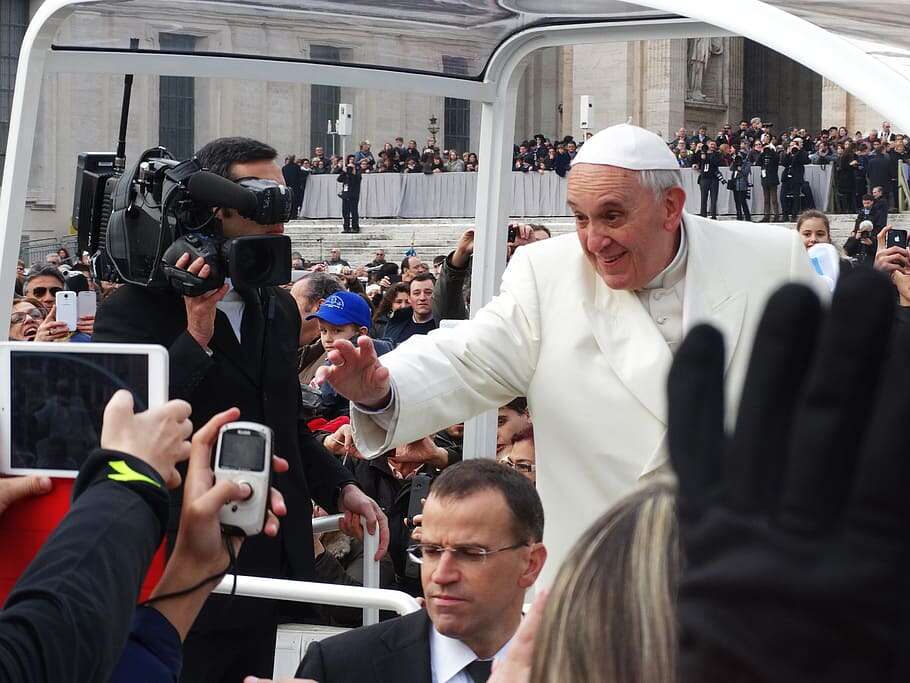 The list of facts about the Vatican can be continued indefinitely, and you can always find unique and interesting details: there are no divorces, but the marriage can be annulled; the stone Stella in the square near the Cathedral watched the execution of the Apostle Peter; in order to enter the interior of the Papal Basilica of Saint Peter, you need to go through 5 doors, one of which opens only in the anniversary year; and the official residence of the Pope is the Lateran Palace. 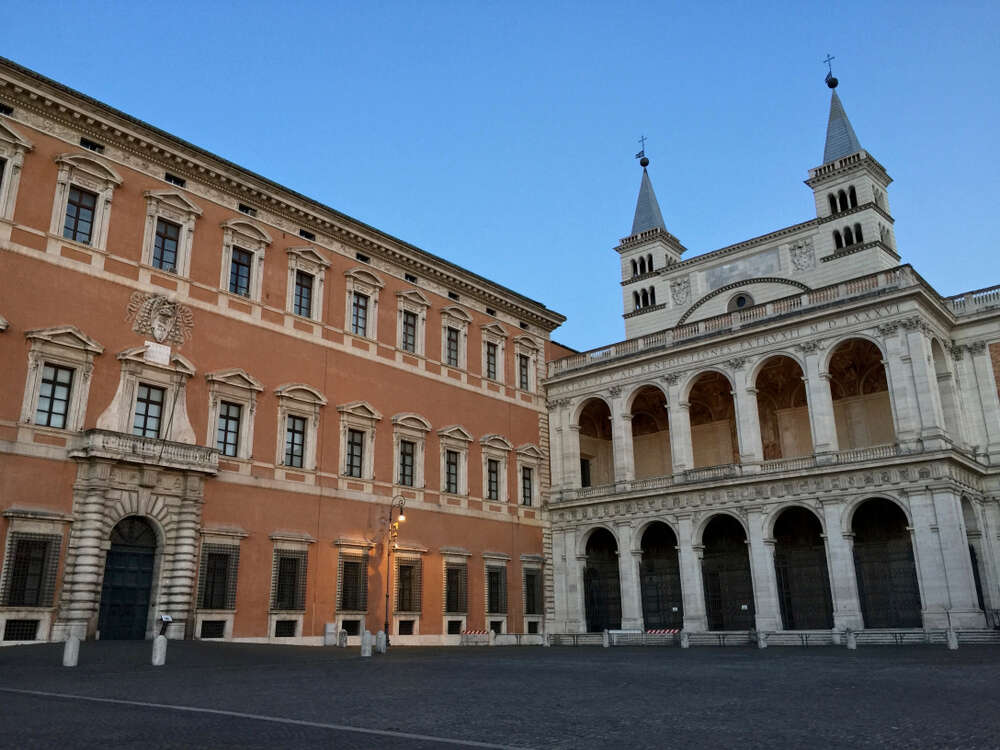 In addition, do not forget about the amazing Vatican Gardens and Pinacoteca... Is it possible to describe all this beauty, uniqueness and originality in words? Travellizy Team offers you to admire the Vatican on the spot - we have really great deals for you.